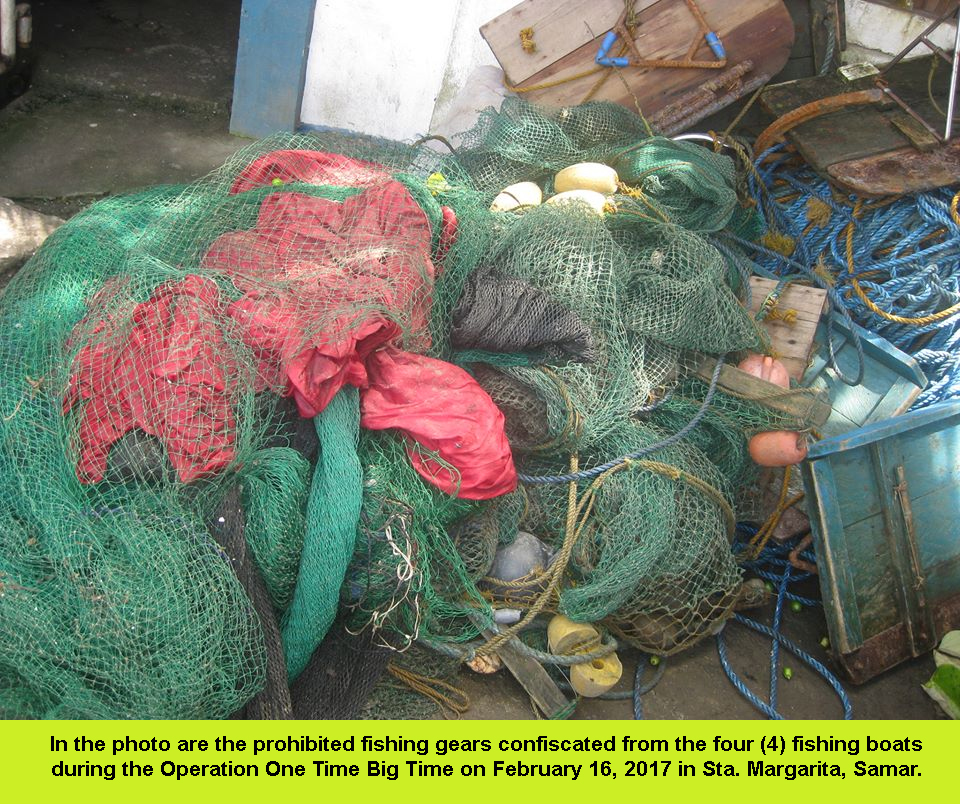 STA. MARGARITA, SAMAR – Fifteen (15) fishermen face charges for violation of Republic Act No. 10654 filed on February 17, 2017 following the apprehension of the fishermen caught in the act of engaging in fishing activities with the use of prohibited fishing gears along the sea waters of the municipality.

Filed with the Samar Provincial Prosecutor’s Office in Calbayog City against the fifteen (15) respondents is the case for violation of Section 93 of Republic Act No 10654, otherwise known as 'An act to prevent, deter and eliminate illegal, unreported and unregulated fishing, amending Republic Act 8550 otherwise known as “The Philippine Fisheries Code of 1998, and for other purposes.'

Four fishing boats were simultaneously in the act of their activity using prohibited fishing gears along the sea waters of the Municipality of Sta. Margarita during the wee hours of February 16, 2017 when the joint forces of Sta. Margarita Police and the Samar Provincial Public Safety Batallion (PPSC) with the Department of Agriculture’s Bureau of Fisheries and Aquatic Resources (BFAR) conducted “Operation One Time, Big Time.

The operation resulted to the arrest of fifteen (15) fishermen and the confiscation of four (4) fishing boats with respective engines, fishing gears, other paraphernalia and fishcatch. 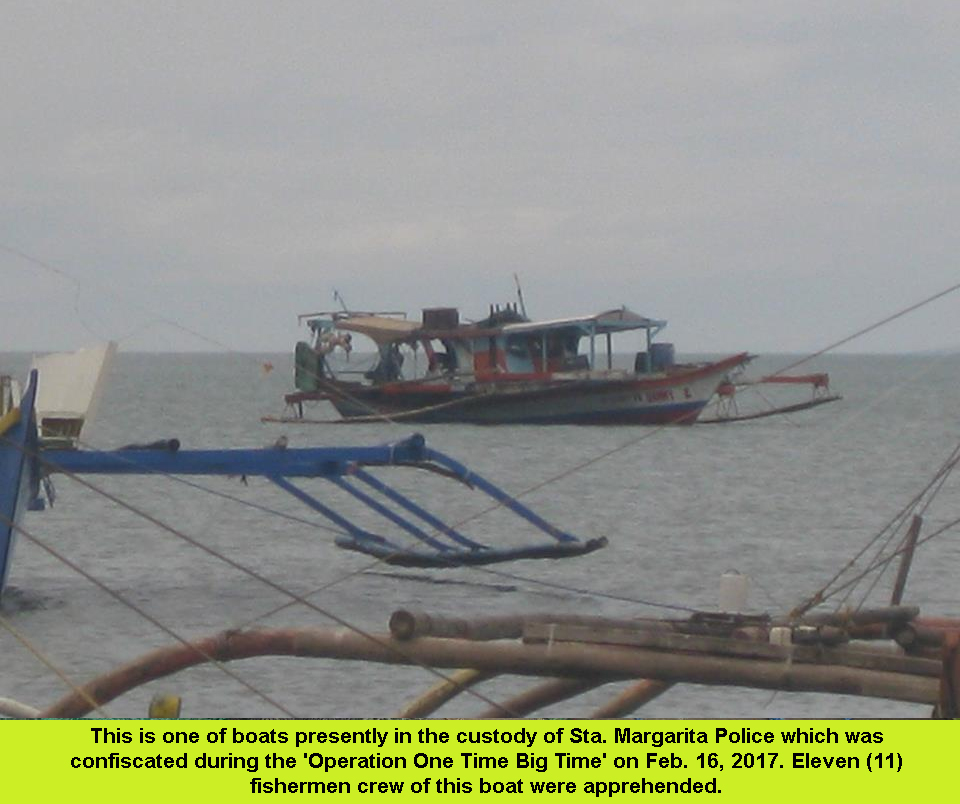 At one o’clock in the morning (1:00AM) of February 16, 2017, or thereabout, a light-blue-and-orange painted fishing boat marked “Sammy 2” was caught in the act of “trawl” fishing. On board the boat were 11 fishermen, namely Joey Sosmena, Jeffrey Commendador, Ruel Commendador, Bonifacio Regulacion, Aris Bendecio, Juros Mansing, Gilberto Rosales, Jiyan Bendecio, John John Tolin, Edgardo Fudador and Argie Macer. The fishing boat is allegedly owned by Gerlyn Regulacion. All of the fishermen on board and the owner of the fishing boat are residents of Barangay Aguit-itan, Calbayog City. 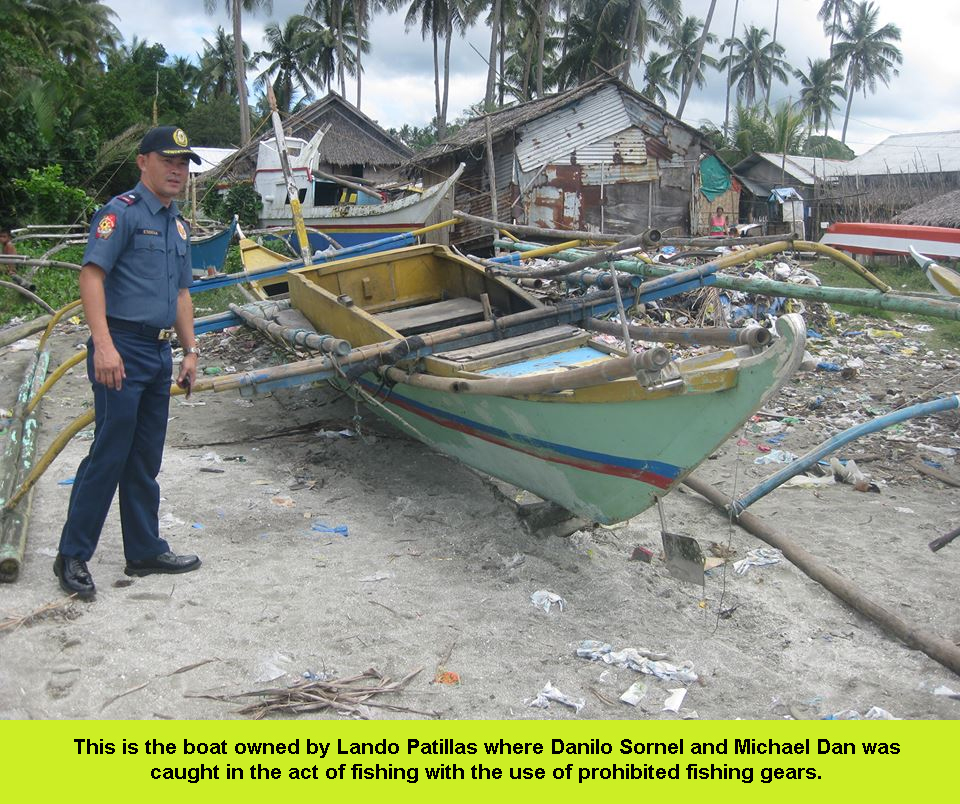 Danilo Sornel and Michael Dan, both residents of Barangay Burabod, Sta. Margarita, Samar was also caught engaging in the use of the prohibited “baby trawl” aboard a colored green-and-red fishing boat with 12HP Samurai Diesel Engine owned by Lando Patillas of the same address.

Also caught in the act of using the prohibited “baby trawl” in the same sea waters and during the same operation was Rolando Mira on board another fishing boat (colored white-and-blue) powered by a 12HP Samurai diesel-engine owned by Mylene Mejido. Both the fisherman and the owner are residents of Barangay Burabod, Sta. Margarita, Samar. 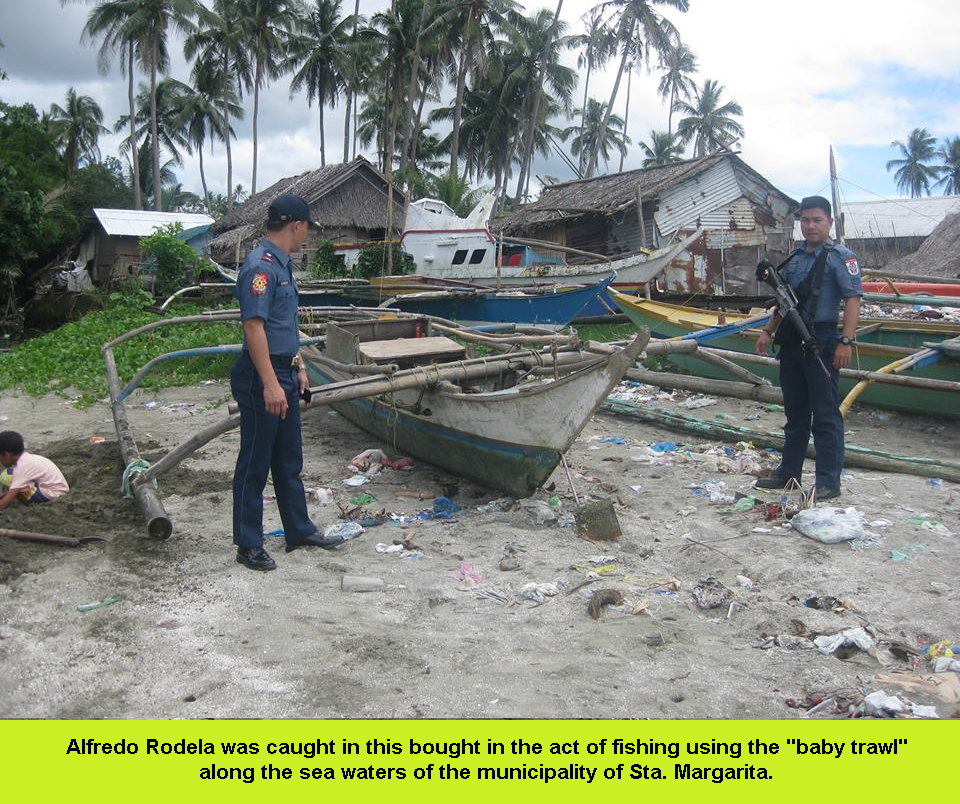 On another white-and-blue colored fishing boat using a 10HP Kubuta Diesel Engine was Alfredo Rodela of also of Barangay Burabod, Sta. Margarita, Samar who was also caught in the act of using “baby trawl.”

Acting Chief of Sta. Margarita Police Station, P/CInsp. Eddie Esideria informed that the confiscated boats, engines, fishing gears and paraphernalia are currently under the custody of the municipal police station pending turn-over to BFAR Provincial Office while the confiscated fishcatch were distributed to charitable institutions such as the SOS Children’s Village and the Sub-Provincial Jail. 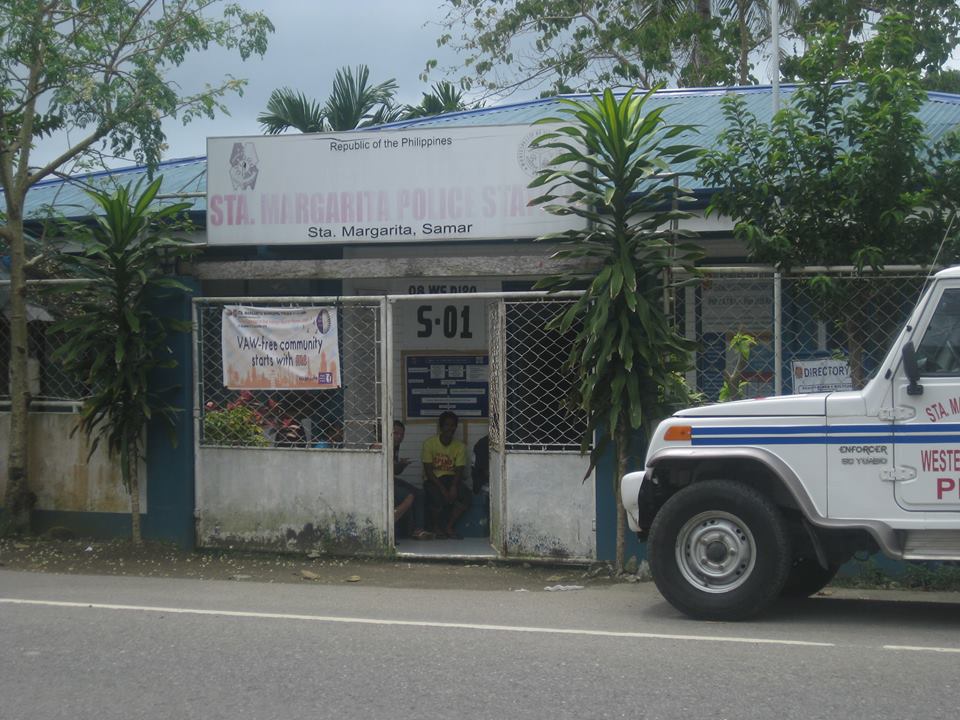 All of the fifteen (15) fishermen apprehended during the operation are currently detained in the lock-up cell of the Sta. Margarita Police Headquarters while awaiting the disposition of the cases filed against them.

Acting police chief, Esidera informed that “the arrested fishermen will have to stay in the lock-up cells until the court orders for their commitment to the provincial jail or until they are able to post the recommended bail for their temporary liberty, whichever comes first.”

“Actions against these destructive means of fishing that are prohibited by law, should be made in order to be able to save what is left of our marine resources in the municipality. When fishing practices will be corrected, our damaged marine sanctuaries will have time to rehabilitate,” Esidera stressed. (CJ/JMM)

department of agriculture’s bureau of fisheries and aquatic resources