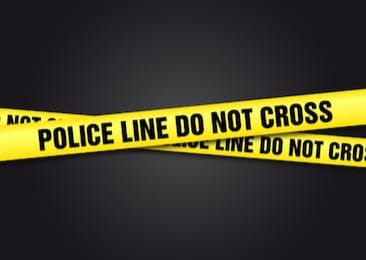 STA. MARGARITA, SAMAR - Two (2) were declared dead-on-arrival at a hospital and 7 others are presently confined for treatment of gunshot wounds after riders on a convoy of 4 motorcycles were ambushed by heavily armed men estimated to have happened between the hours of 5 and 6 in the afternoon of October 12, 2020 in the vicinity of Barangay Bahay, one of the municipality's rural areas.

The riders-on-convoy were on their way to Calbayog City from their residence in Barangay Cagbanayacao led by their Punong Barangay, Conrado Casaljay when, upon reaching the area, they were fired upon several times by a group of more then 10 suspects using high powered fire arms.

Dead-on-arrival at the hospital were Danny Casaljay and Orlando Layong, Jr.

The Punong Barangay figured to be the most wounded among the survivors. He is presently confined in a hospital physically stable along with six other slightly wounded victims, namely Gino Calagos, Benedicto Dacarra, Ronnie Calagos, Charlie Ortiz, Jefren Magbutay and Ariel Magbutay.

Sta. Margarita PNP Chief P/Capt. Reynaldo Rollo, in a phone interview, told Calbayog Journal that the investigation conducted on the victims reveal identity of some of the suspects who immediately fled the area to unknown directions.

"Before the week ends, this PNP Station will be able to file appropriate charges against the perpetrators naming the identified suspects and including those unidentified John Does but were in their company based on the sworn statements given by 6 of the 7 survivors," P/Capt. Rollo said.

The PNP Station Chief further told that their investigations on this incident will not stop upon filing of the cases as there are still vital leads to follow thru that will lead to the speedy and judicious prosecution of the suspects. These leads, however, will be needing the support of the community.

"I am calling on the community to please don't hesitate to relay any knowledge about the suspects and their whereabouts," P/Capt. Rollo said and gave assurance that "identity of the informants will be kept in confidentiality."

Earlier information about the group of Punong Barangay Calagos having been able to fire back at their perpetrators has not been confirmed by official reports.