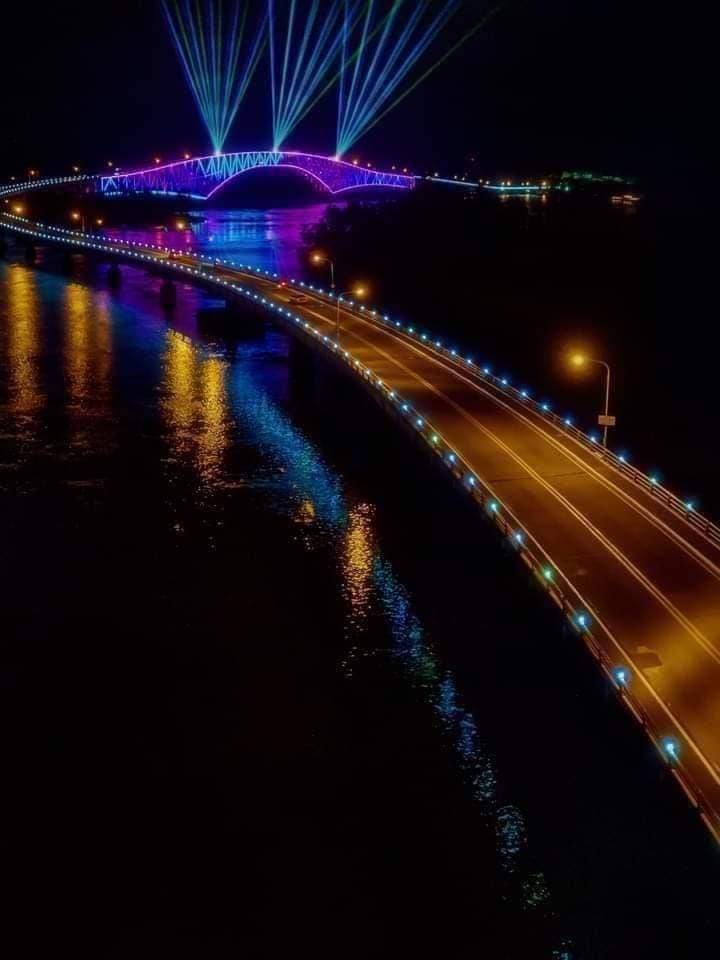 Passage of vehicles and pedestrians along San Juanico Bridge will stop for 15-to-20 minutes during the ceremonial switch-on of the bridge lighting project, early evening of Wednesday, October 19, 2022, according to a traffic advisory jointly issued by government agencies.

“In line with the Spark San Juanico Aesthetic Light and Sound Show Lights-UP ceremony, there will be a temporary closure of the bridge for 15-20 minutes anytime between 5PM and 7PM,” the advisory says.

President Ferdinand Marcos, Jr. will lead the official switch-on of the PhP80 million TIEZA funded aesthetic light and sound project. San Juanico lights is the first of its kind in the country with the light show and color display that can be modified and tailored according to events and occasions.

The event which is another milestone on the existence of the 49-year-old San Juanico Bridge is expected to draw not only national and local officials. Local residents of Samar and Leyte may also add to the bulk of the crowd that may cause heavy traffic from both sides of the bridge.

The Department of Tourism, the Department of Public Works and Highways, Samar provincial government and the Tourism Infrastructure and Enterprise Zone Authority (TIEZA) added in the advisory they issued to expect slow-to-heavy traffic along the highway near the Bridge.

“Please expect slow to heavy traffic along Maharlika Highway near the San Juanico Bridge around 4PM to 8PM. Motorists are advised to follow the traffic devices and to slow down while passing the area.”
The event will highlight a 21-minute light show. It will also showcase the Buraburon Festival of Burayen town at the Leyte’s side of the bridge and Catbalogan City’s Manaragat Festival at Samar’s side in synchronized routine.

Stretching to a length of 2.16 kms, San Juanico Bridge is the longest along the Pan-Philippine Highways and the second longest bridge in the Philippines, next to the Cebu-Cordova Link Expressway. It was completed in 1972 after 4 years since it was started to build in August 1979.(CJ/jmm) 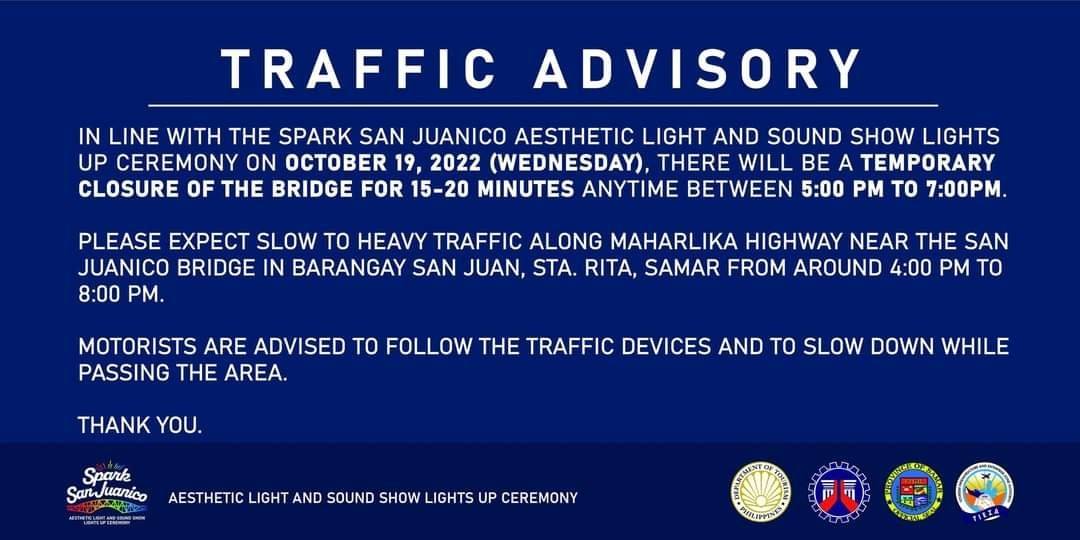