SAN JORGE, SAMAR – Three grenade blasts in two houses and one quarry stockyard happening almost simultaneously between 2:00 and 3:00 o’clock in the wee hours of January 31, 2017 has shaken the municipality. All of the three blast sites are properties of the town's Mayor, Joseph Grey.

Assigned police security, PO1 Arsenio Rebato and an in-house security aide, Jimmy Marikit were wounded in the blast that occurred at the house in Barangay Aurora where the Mayor slept for the night.

Rebato suffered three small splinter wounds - in the head, right stomach and right lap - while Marikit suffered wounds from a grenade shard that stayed embedded in the outer side of his left leg. Both were treated as out-patients in a nearby hospital.

Occuring only seconds before the blast was heard from the house occupied by Grey's wife and their children with their respective families in Barangay Mancol along Maharlika Highway, an explosion was heard coming from the property located in China Road, rented out as quarry stockyard to a contractor.

In an interview, Mayor Grey expressed disappoints over the slow action of the police command - from the municipal, provincial and regional level - as well as the delayed response of Joint Task Force CAGASMAS despite the series of immediate calls for help he made only minutes after the explosions.

“I am very very disappointed over the slow action that the authorities deliver in addressing the situation. The lives of my family are at high risk while the perpetrators are at large and may just be somewhere in the dark.”

The Scene of the Crime Operatives (SOCO) and the Explosives Ordnance Division (EOD) teams, who had to travel from eastern visayas regional center arrived in the municipality eight hours after the grenade blasts. The regional center, Tacloban City, is approximately 140 kilometers away from San Jorge. The teams arrived in the company of 43rd Infantry Battalion Commander, Lt. Col. Reymondo Delgado. 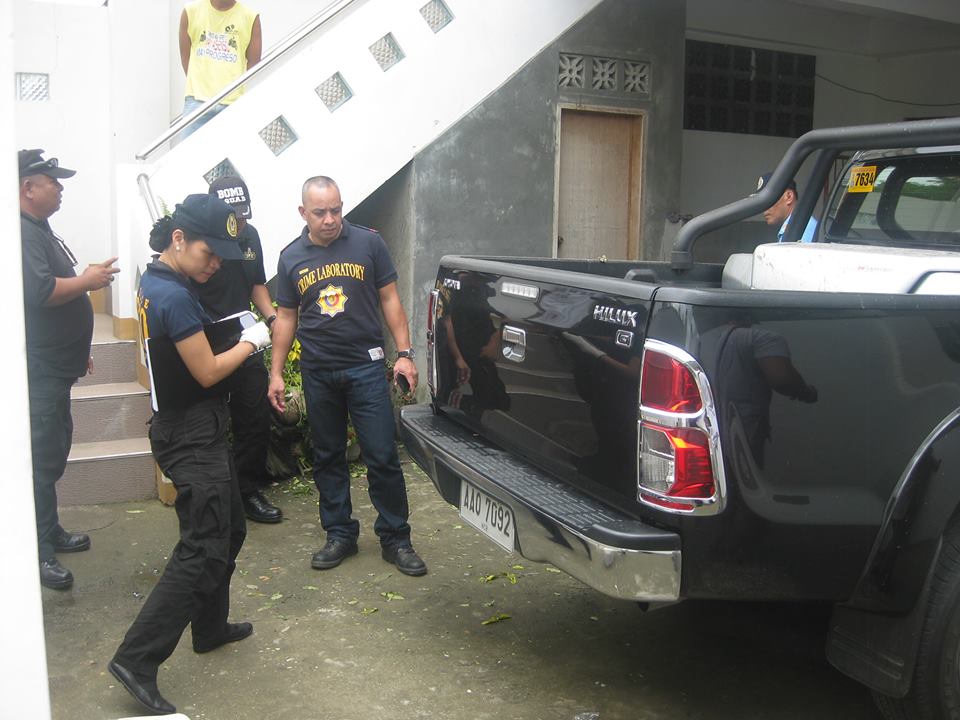 OIC-Samar Provincial Police Director, P/Supt. Feleciano Romero, who was seen in the municipal police headquarters almost four hours after the incidents, explained that there are standard operating procedures to be followed in the exercise of processing the data to be able to establish the kind of explosives used and in determining the pattern by which the explosives were hurled at target areas to blast.

“I am in the process of determining to recommend deployment of additional forces from the Regional Public Safety Battalion (RPSB), Provincial Public Safety Company (PPSC), Special Weapons and Tactics (SWAT) and the Joint Task Force CAGASMAS.” Romero said.

JTF CAGASMAS Commander, Lt. Col. Martirez who came to the blast sites conveyed message about needing the help of the community to be able to identify the perpetrators and solve crimes in the areas covered by the task force, stressing that “We are not from this place. We are not familiar about the situation and we do not know who these people are.”

One of the security aides assigned for the graveyard shift, Roberto Abawag, informed that he saw Lovelino Bisnar on board a red motor bicycle pass thru the road fronting the house in Barangay Mancol for several times hours before the explosions.

“I was on duty to secure the house and its occupants that night, so I had to be awake and observe what’s going on along the road in front, beside and at the back of the house. A few hours before the series of blasts, I saw Lovelino Bisnar, for several times, passing thru and back the road fronting the house on board a red motorbicycle with a backrider. A white van distantly tailed the motorbike everytime they pass thru. The first blast I heard came from somewhere outside of the house and was shaken to hear another blast inside the gate of the house,” Abawag elaborated.

Meanwhile, Mayor Grey has evacuated his family to temporarily stay in the Municipal Hall near the police headquarters while examinations of the blast sites and investigation of the incidents are still going on.