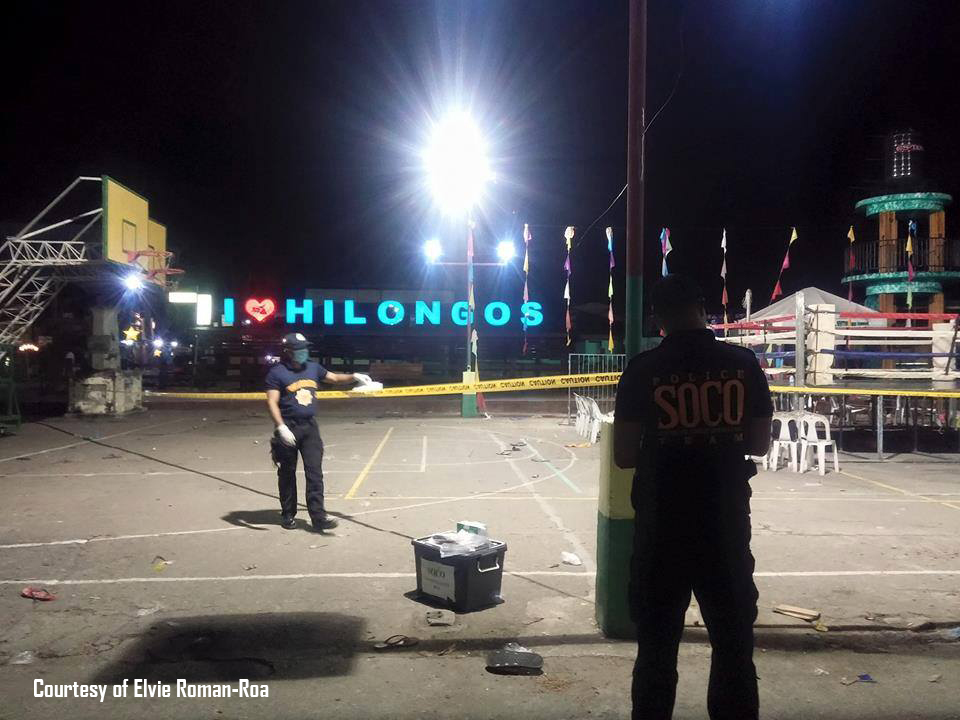 TACLOBAN CITY – Thirty-two (32) persons suffered injuries from two explosions that occurred only seconds apart at shortly after nine o’clock in the evening of December 28, 2016 in Hilongos, Leyte during an amateur boxing competition at the municipality’s Plaza Rizal situated in its Barangay Central Poblacion.

The fun and excitement during the boxing competition, being part of the activities anent the celebrations of the town’s annual fiesta that made the plaza packed with people of all ages and different walks of life, became a abhorring experience when two successive blasts occurred in the area. Based on the fragments recovered from the crime scene, the Explosives Ordinance Division Team 8 (EODT8) identified that a cartridge of 81 mm mortar was used, by still unidentified perpetrators through cellular phone detonation.

Contrary to reports quoting the Secretary of the Department of the Social Welfare and Development (DSWD), Judy Taguiwalo that ten people were reported dead in the blast, it was clarified by the Philippine National Police Regional Command of Eastern Visayas, thru its spokesperson Police Chief Inspector Maria Bella Rentuaya, that there are no reported deaths in the bombing incident since the time of its occurrence in December 28, 2016 in Hilongos, Leyte until late afternoon of December 29, 2016. 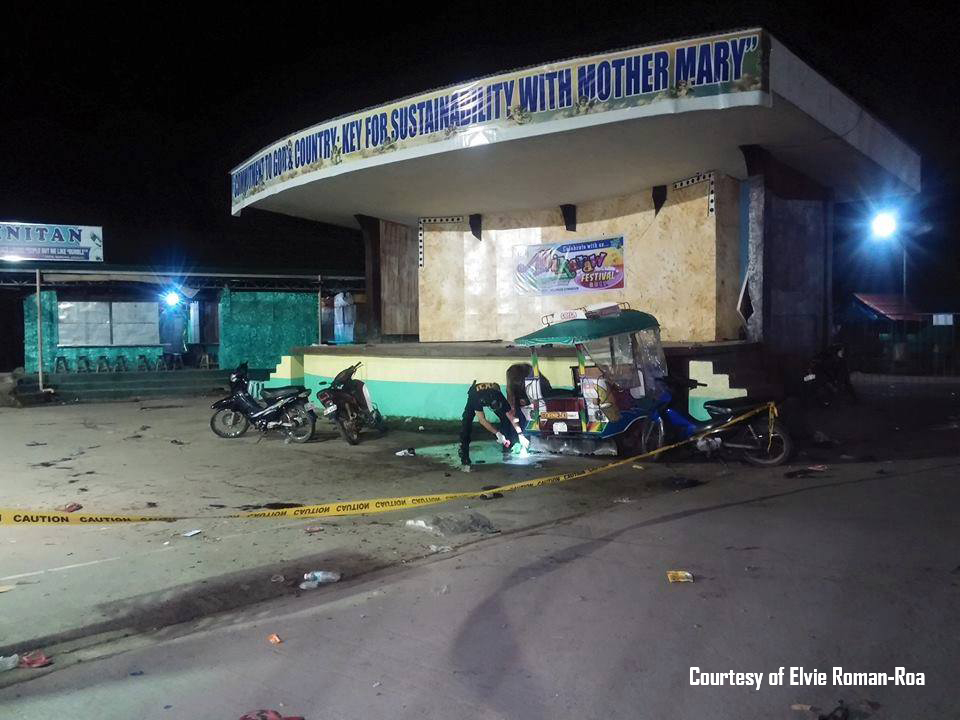 In some reports (of December 29, 2016) DSWD’s Taguiwalo explained that “the information sent” to her which she forwarded to Presidential Spokesperson Ernesto Abella who quoted her in a newstory “about the deaths and injured victims was unofficial.”

Rentuaya stated that her Office did not receive any report about deaths nor have they information as to the source of the reports about deaths arising from the bombing. She further informed to confirm the reports that there are thirty-two wounded victims.

All of the thirty-two wounded victims - twelve of them minors - were immediately brought to different hospitals in the region (Hilongos District Hospital and Baptist Hospital in Hilongos, Leyte; Living Hope Hospital in Maasin, Southern Leyte’ and Eastern Visayas Regional Medical Center in Tacloban City). Sixteen victims were treated as out-patients while the sixteen others found to be needing further medical treatment, were admitted and are still currently confined in hospitals. (CJ/JMM/Jazmin Bonifacio) 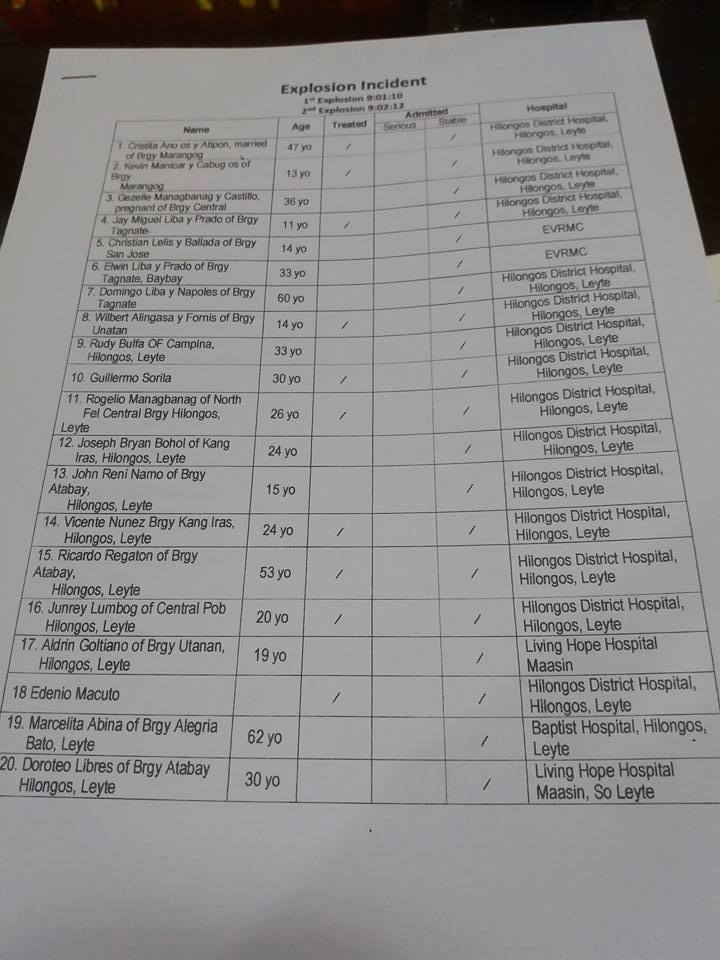 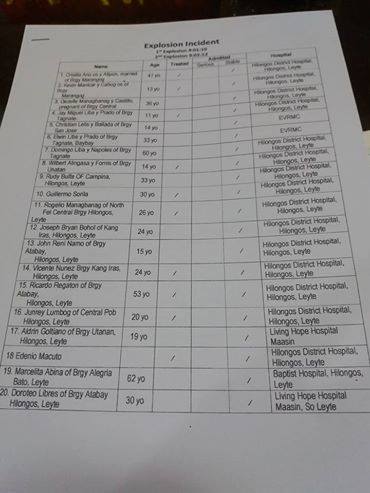