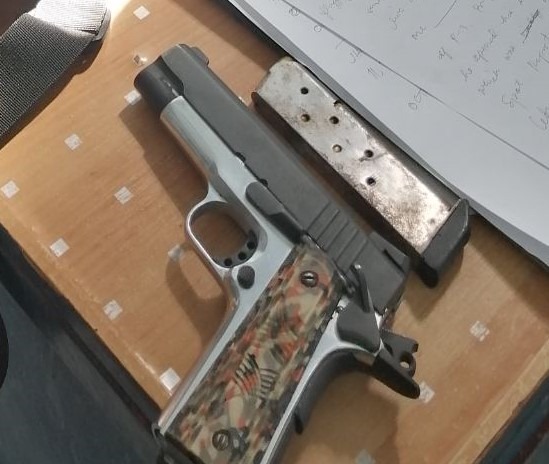 Colt Caliber .45 handgun alleged to have been (inside the slingbag) in possession of the suspect.

CALBAYOG CITY – A 39-year-old businessman was caught red-handed with a handgun loaded with ammunitions inside his sling bag at around 7:30 in the morning of Sunday, October 20, 2019.

Calbayog PNP Personnel manning a checkpoint in the vicinity of Sts. Peter & Paul Cathedral flagged down a motorbike rider for not wearing a helmet which is in violation of Republic Act No. 10054, otherwise known as the Motorcycle Helmet Act.

Asked of his driver’s license, Armel Banguis y Bayloses, opened his sling bag where inside was seen a hand gun in plain view of the PNP personnel.

During the investigation and examination of the firearm, it was established that Banguis, 39 years old, married, businessman and a resident of Purok 3, Barangay Obrero, Calbayog City was in possession and control of a “Colt” Caliber .45 with serial number 971407 loaded with six (6) live ammunitions and (1) piece extra magazine loaded with two (2) also live ammunitions. 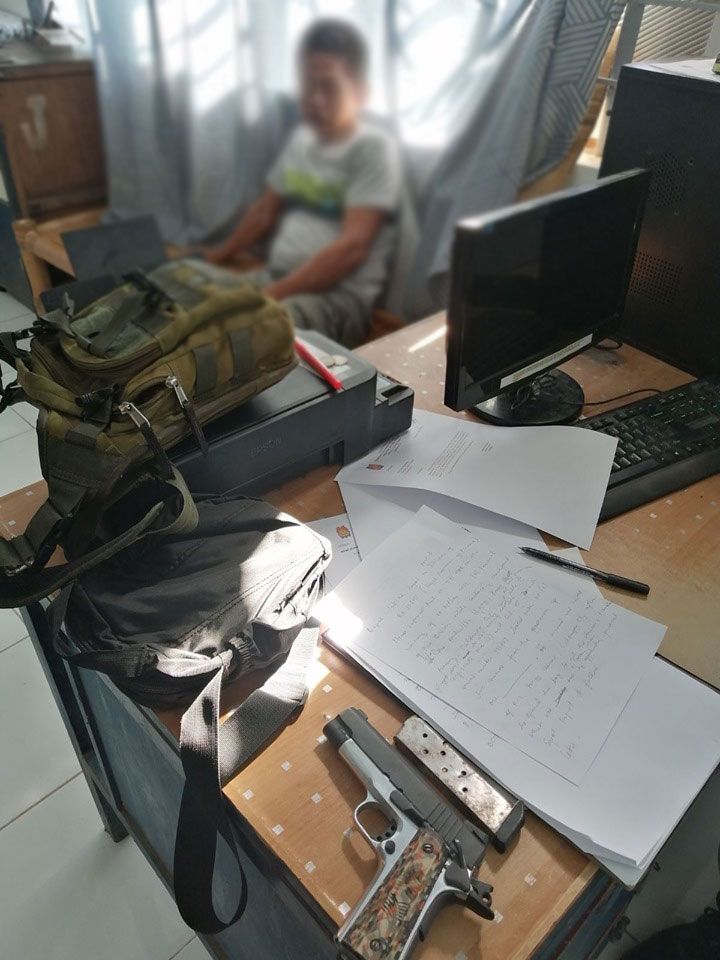 The suspect is seen at the Calbayog City Police Station to face investigation re the firearm alleged to have been found in his possession.

Calbayog City Chief of Police (COP) further said that such kind of innovation in troop formation and personnel accounting “gives our PNP personnel in the Roman Catholic faith the opportunity to hear mass, wearing their uniforms with pride yet humble.”

“Other personnel in respective (whether outgoing and/incoming) shifts are tasked to conduct checkpoints simultaneously in strategic locations within the city for at least 30 minutes in implementing city ordinances and other laws,” COP Garcia concluded.