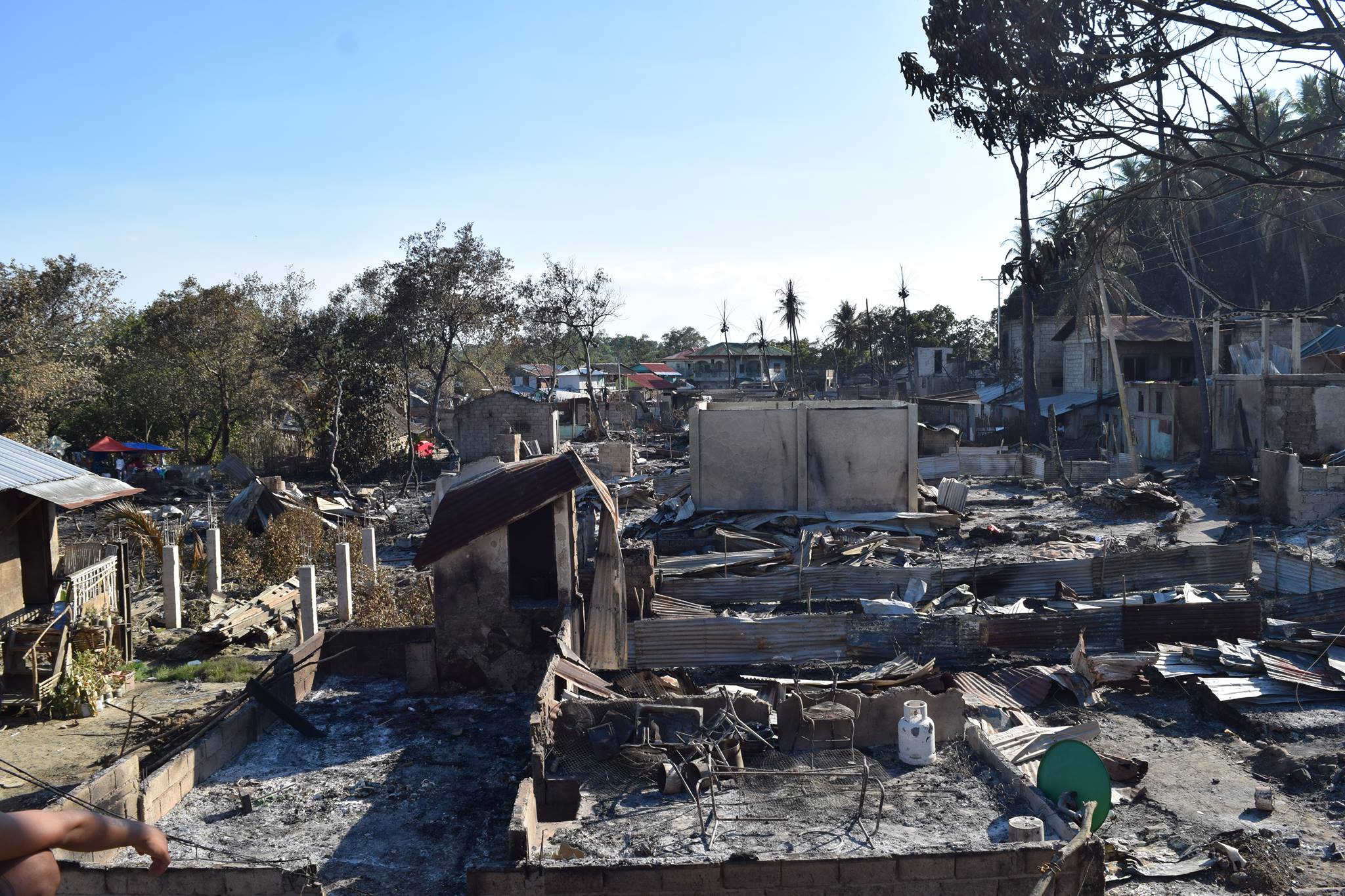 This a view of one block of what was a residential area razed to ruins and ashes. (The photo was taken from the diversion road - east side of the community.)
CALBAYOG CITY – About 557 individuals were rendered homeless as over 130 houses and properties, estimated to cost Php4,690,000.00, were razed to ruins and ashes by a fire that lasted about an hour in Barangay Nijaga (formerly known as Palanas) midday of March 30, 2019.

BFP-Calbayog Station is still investigating as to the cause of the fire officially declared to reach up to “3rd Alarm” and reported to have started in the house owned by Eduardo Madrigal, Sr. in Purok 5 of the village.

The fire burned two adjacent blocks of the residential area – one block from where the fire started and another block across a barangay road. It also partially burned the shelter of a PNP/AFP check point across the diversion road. 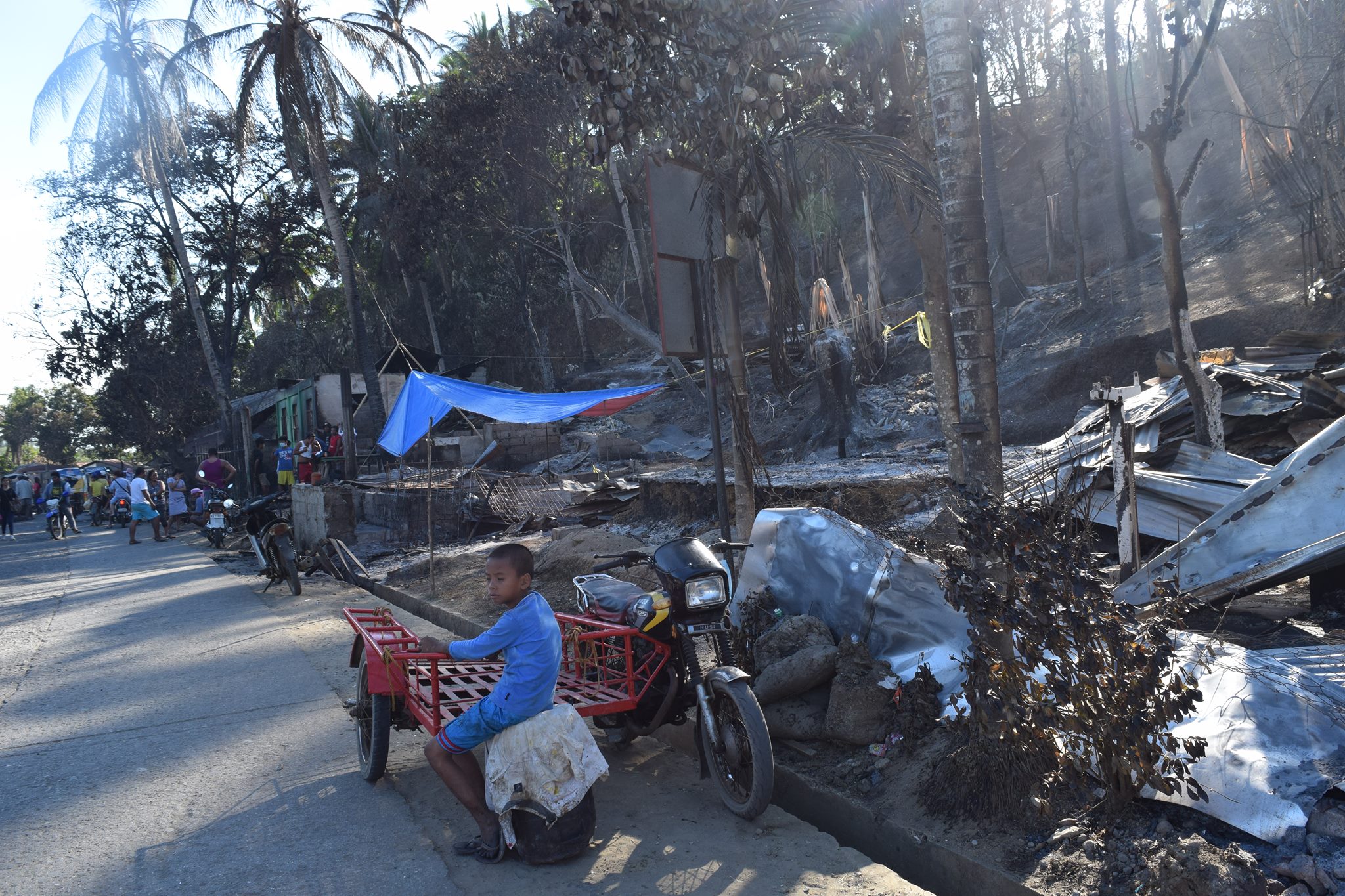 This is a photo of the second block located accross the road from where the fire started. This block was also totally razed by fire.
Fire Officers informed that they needed to seek the support of firefighting entities from nearby local government units due to the rate that the fire was spreading at the height of the blaze. The assistance provided by BFPs of nearby LGUs were of big help in putting the fire out.

Punong Barangay (Village Chief) Mercy Magdalena Amoto told Calbayog Journal that about 189 families were affected by the fire. She further told that there are reports from constituents that two of the children of the house owner, namely Michael and Sylvia, both of legal age, were heard at the height of their voices engaged in an argument inside the house shortly before the fire broke out.

There is, however, no word heard as to the whereabouts of the house owners and his children. Accordingly, the PNP came looking for the household members for investigation purposes but the villagers would not know as to the progress of such search and/or investigation. 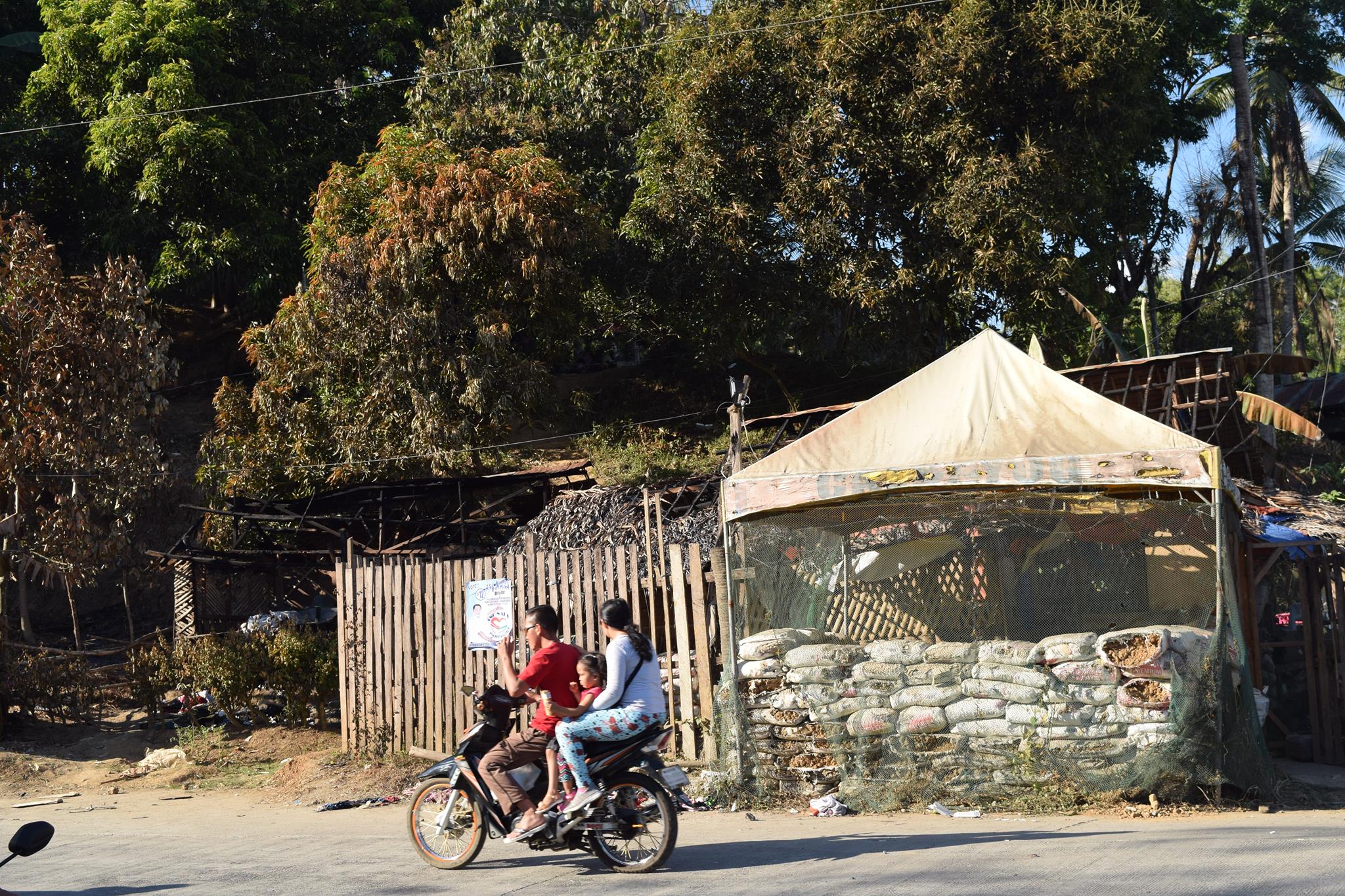 This photo shows the PNP/AFP Check Point that was partially burned. The check point is located across the new diversion road (national highway) - east side of the second block.
As of this writing, twenty-five (25) of the victim-families are temporarily housed at Nijaga Elementary School while the other families sought temporary shelter in houses of friends and relatives within the village.

Except for three injured individuals, no fatalities were reported in the fire that lasted for about one hour until it was declared fire out. One of those injured is Fire Officer 1 (FO1) Vincent Christer Ariega who suffered second degree burns.

The other two are village residents and fire victims themselves having lost respective houses to the fire. Michael Robles Pagatpat sustained one lacerated wound while Alfredo Tangaran also suffered second degree burns. 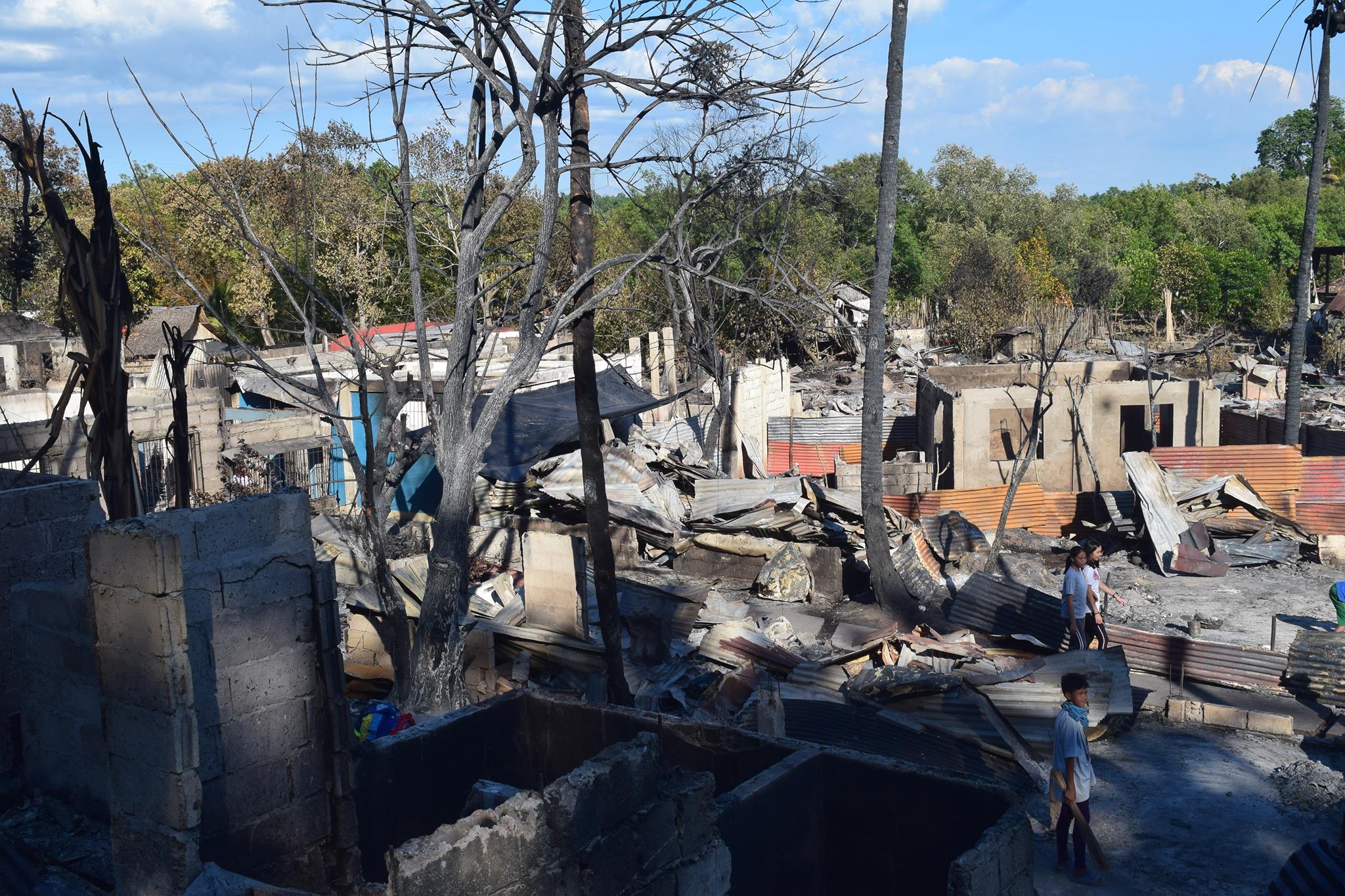 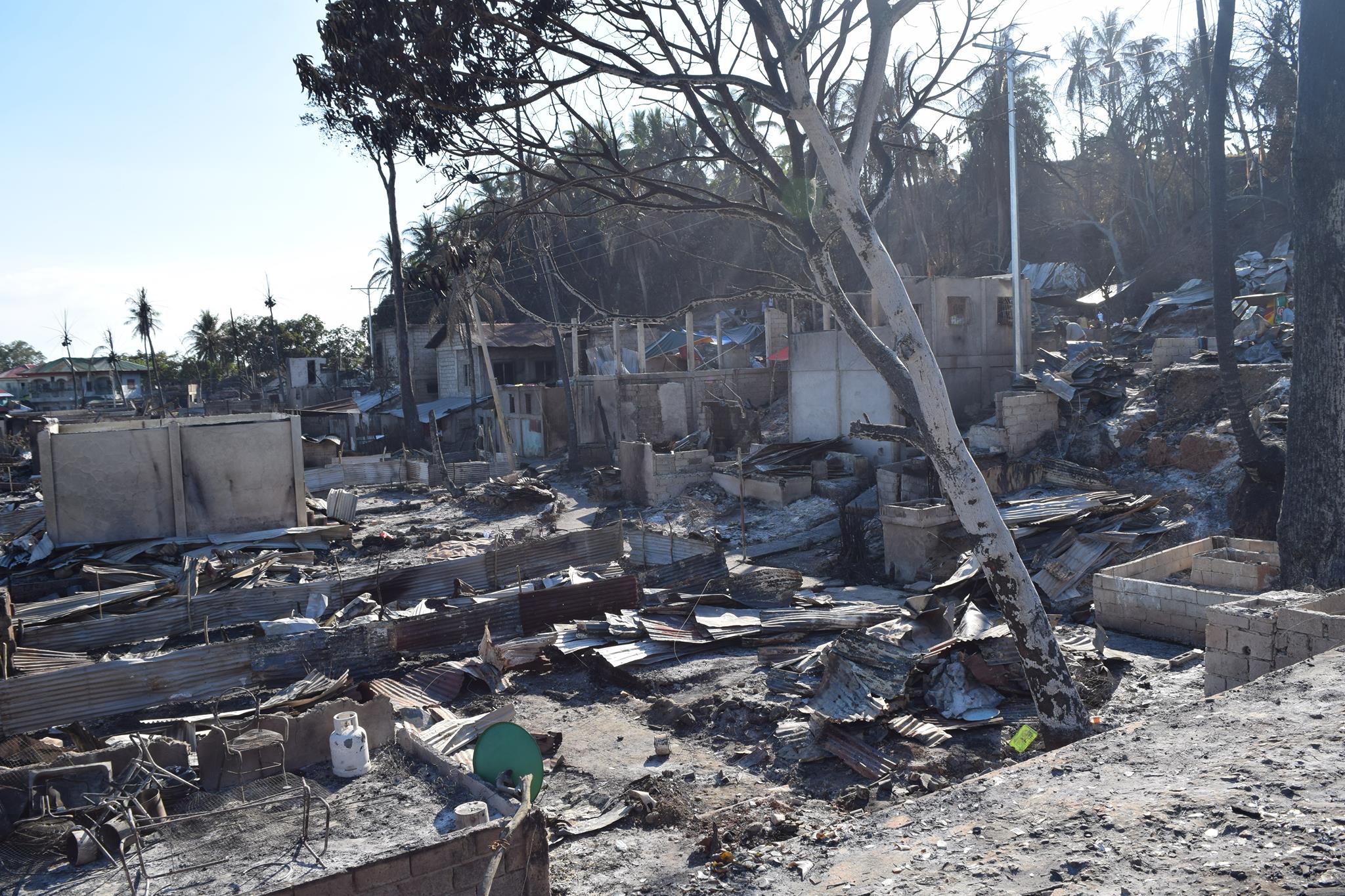 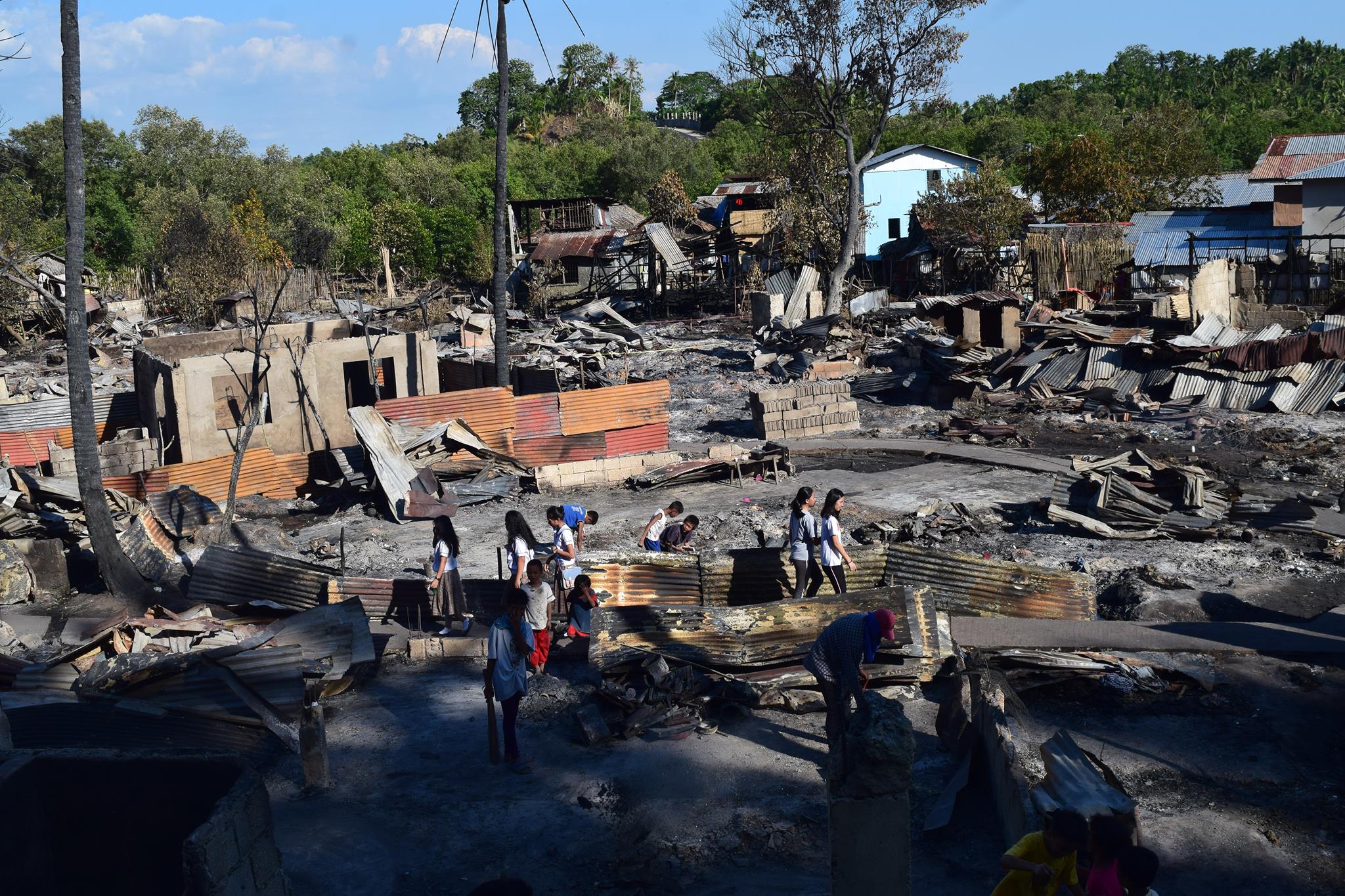 First of those who sent in assistance for the immediate needs of the fire victims were The Rotary Club of Greater Calbayog (RCGC) as well as units from the City Social Welfare and Development Office (CSWD), Calbayog City National High School (CCNHS), Chirst the King College (CKC); Northwest Samar State University (NWSSU) and nearby barangays.

Help from the personal resources of Congressman Edgar Mary Sarmiento, City Mayor Ronaldo Aquino, and City Councilor Jimjim Uy were also made available to the families of the fire victims. (CJ) 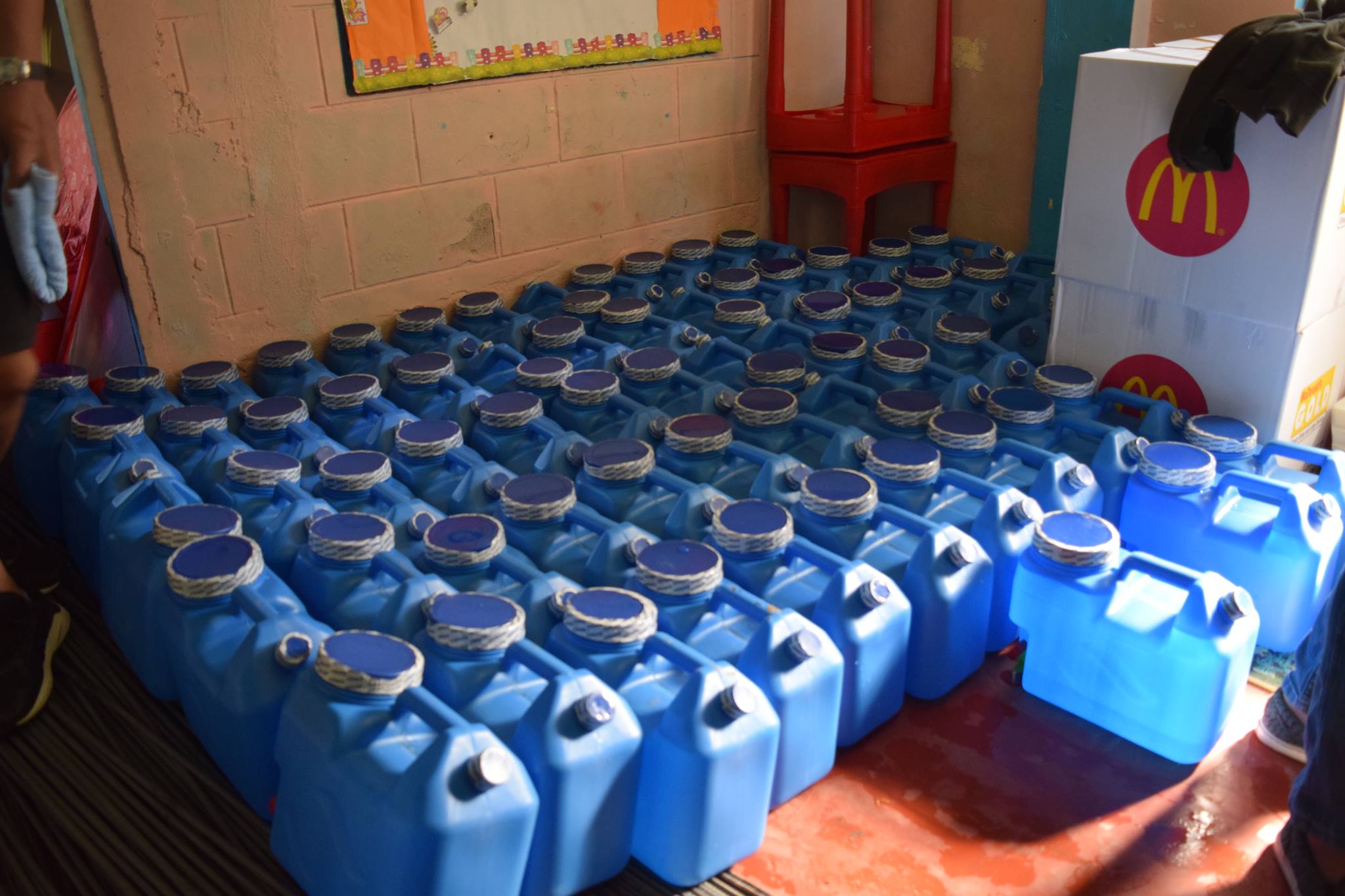 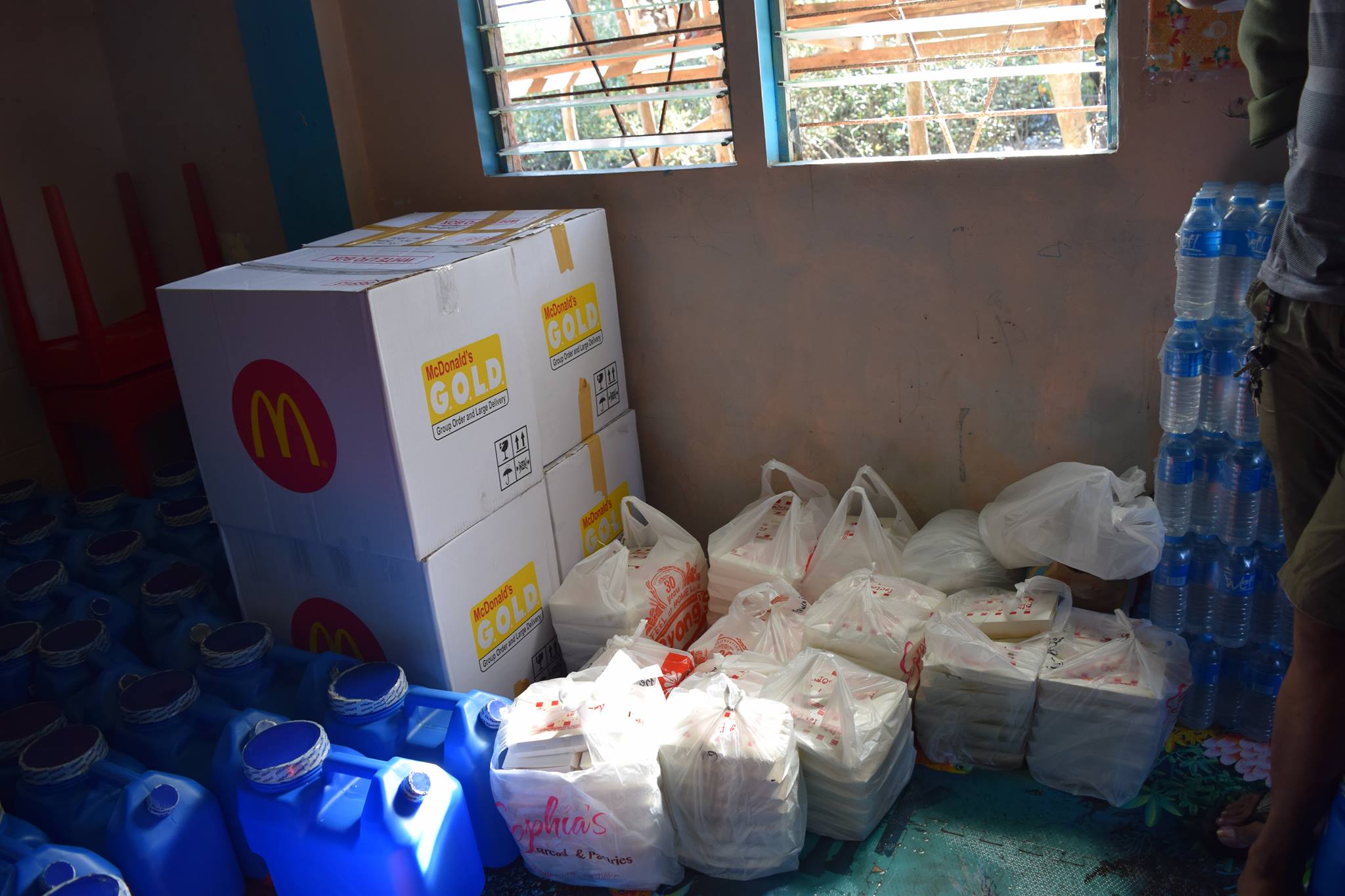 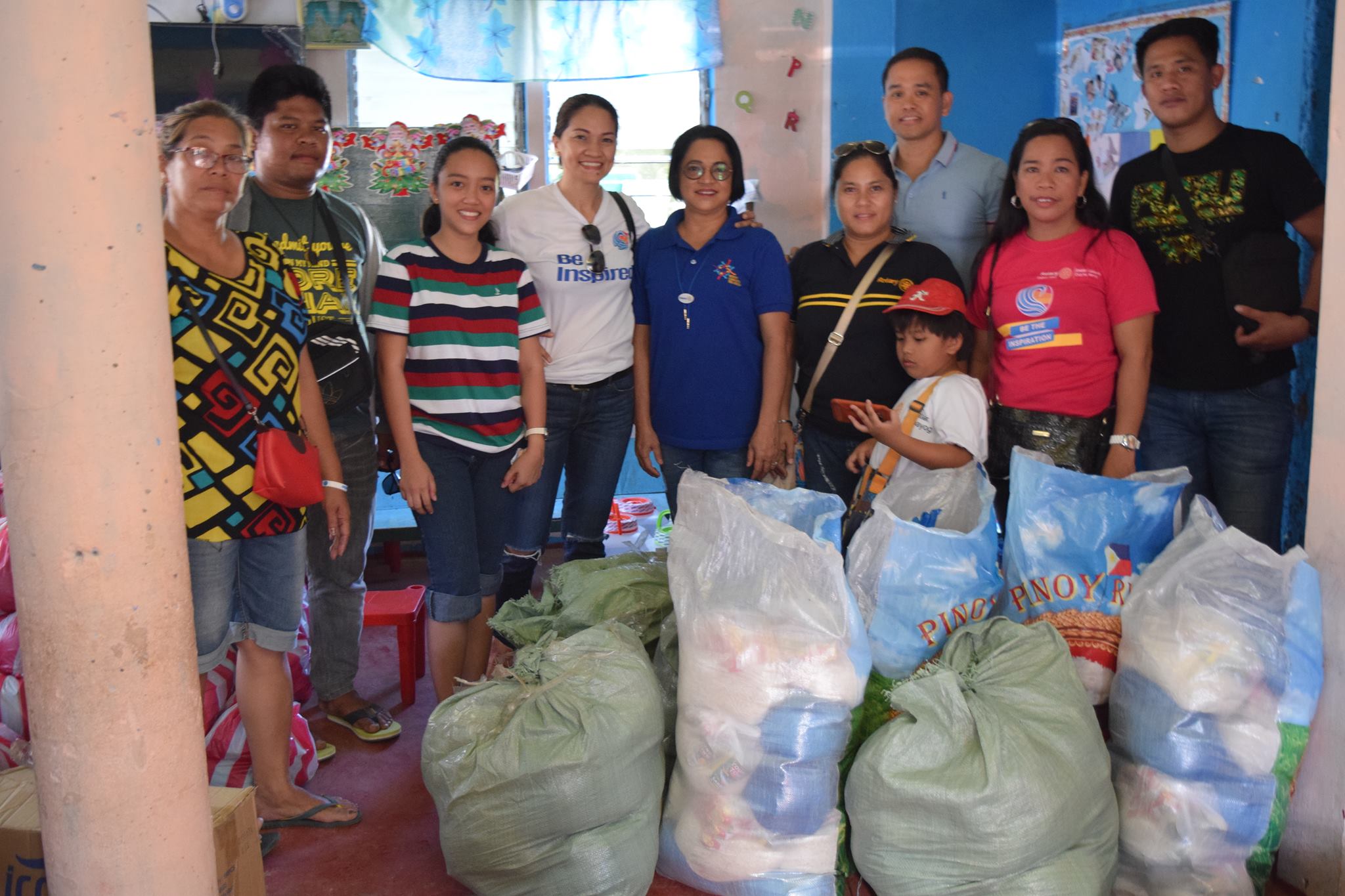 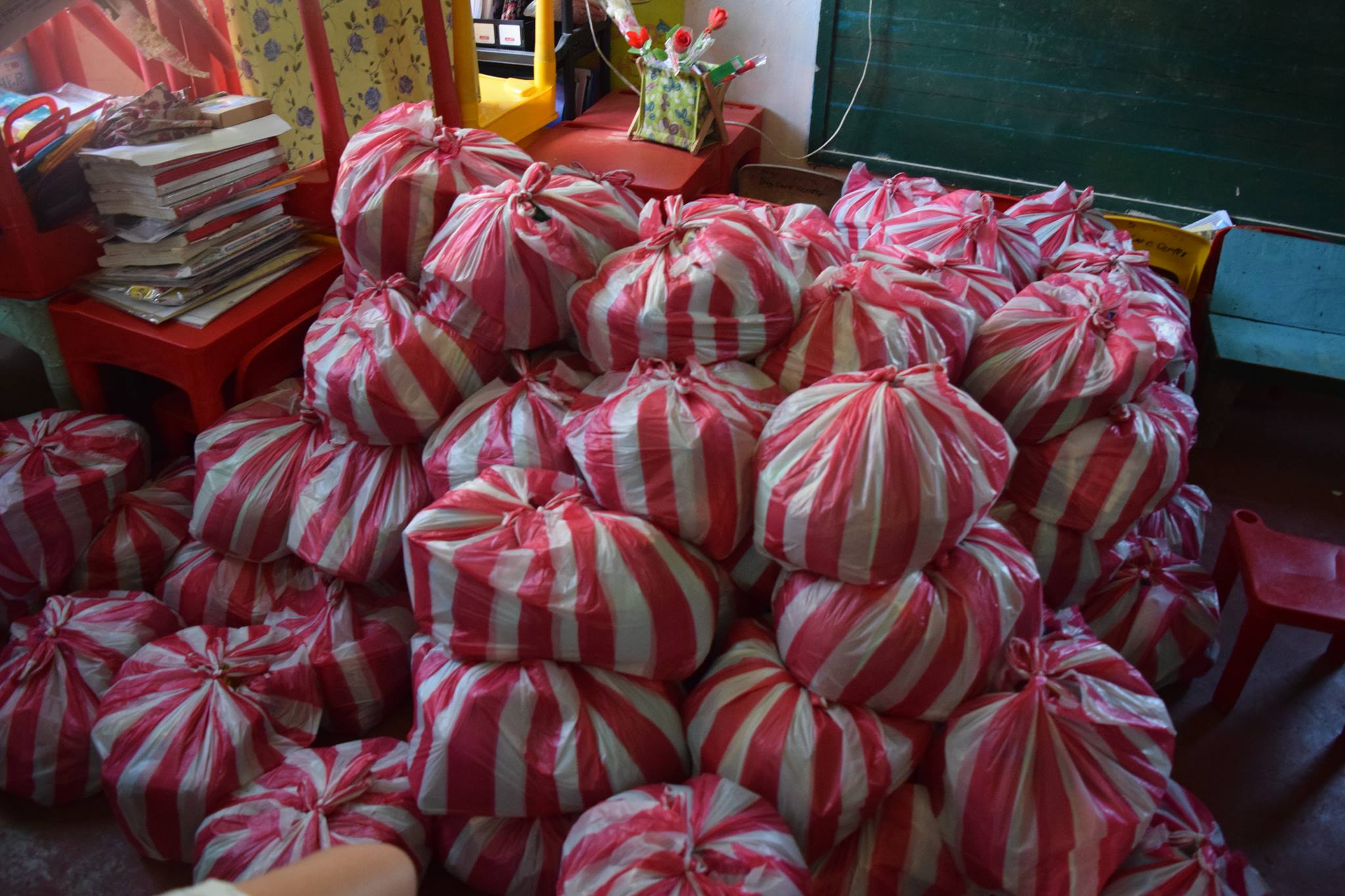 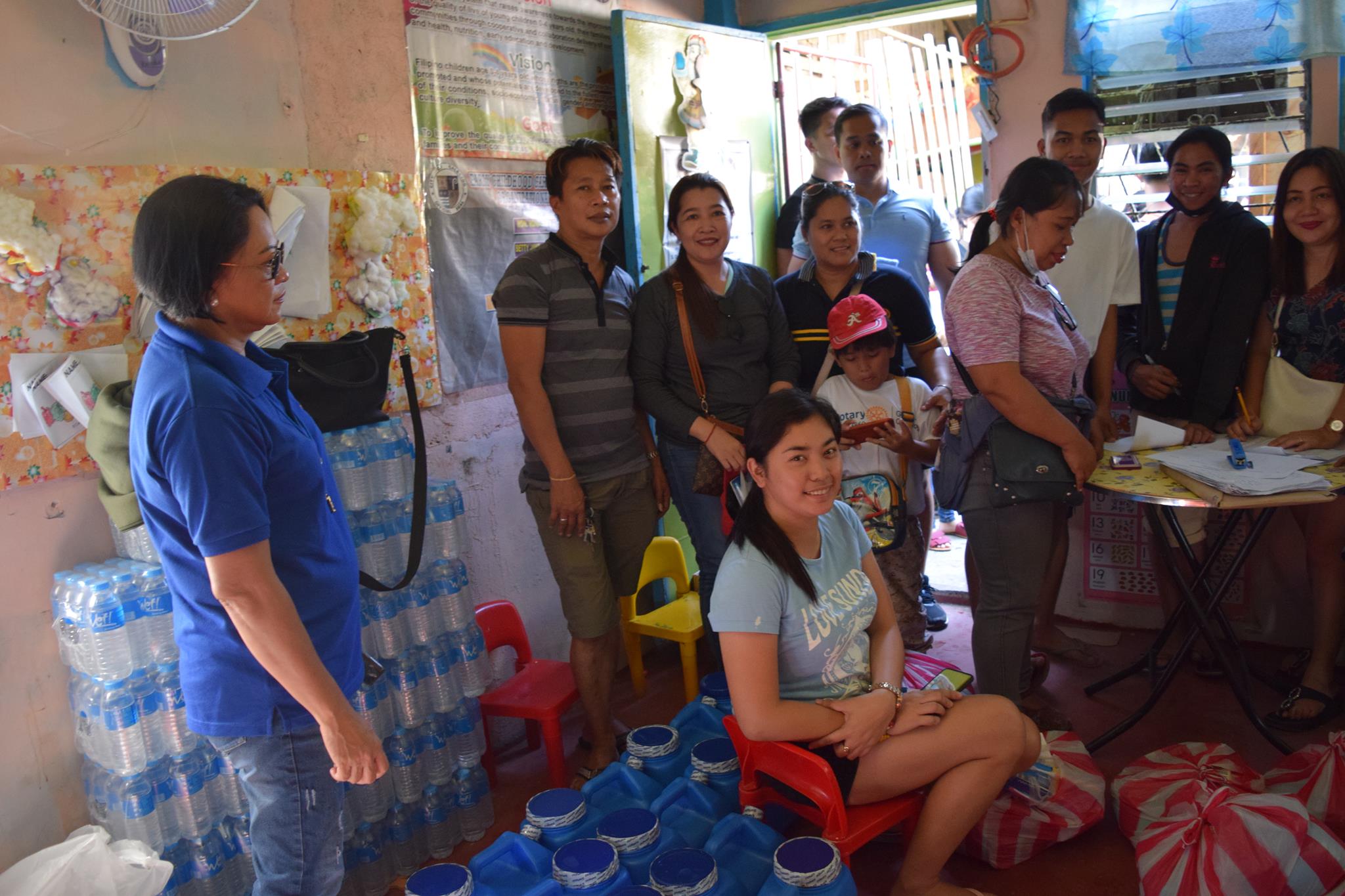 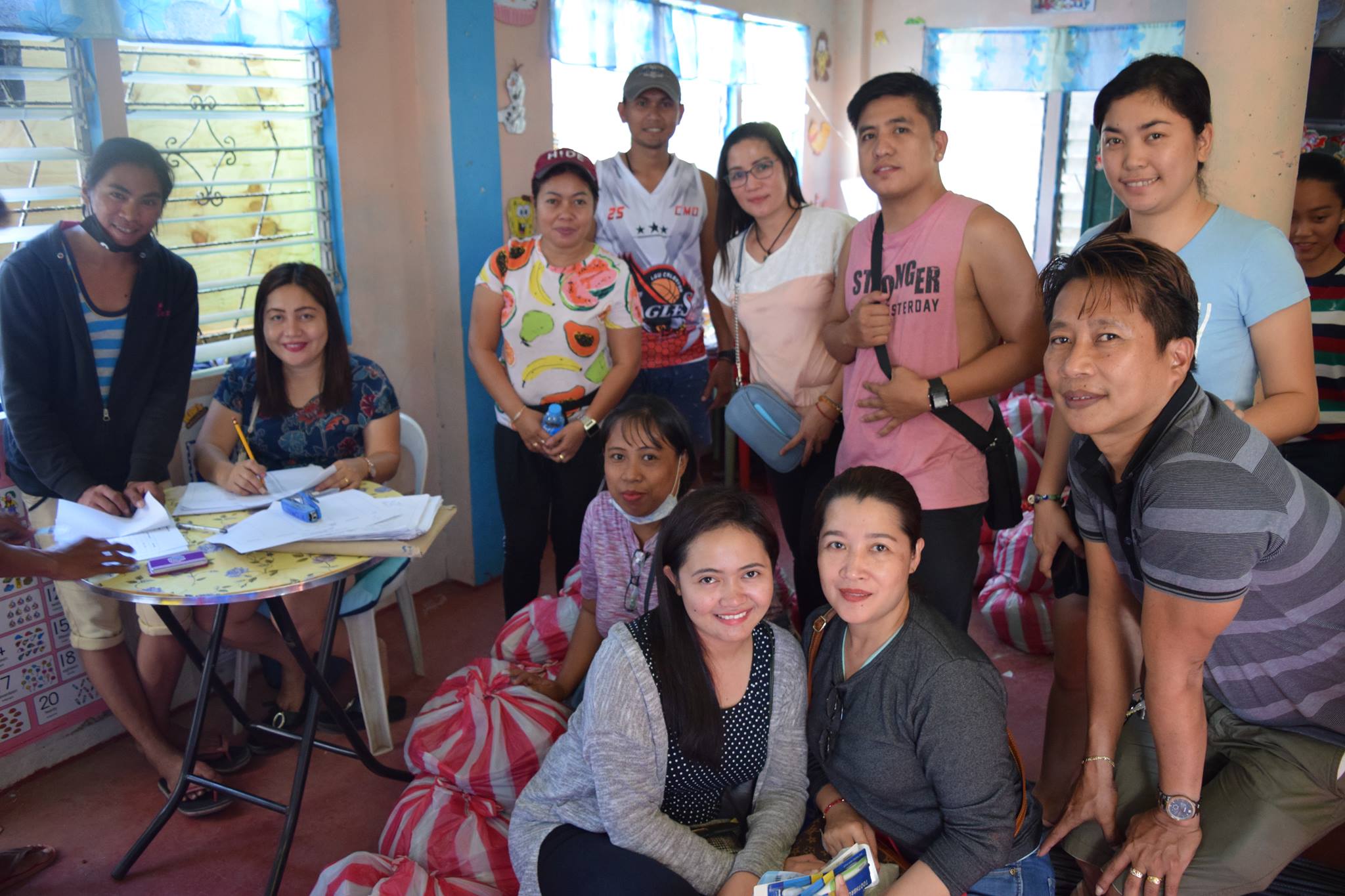