Story by Josephine Mendoza
Photos sent in to CJ Inbox 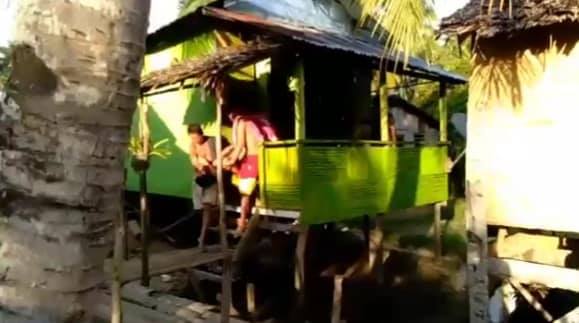 Photo shows the Saldana house where the amok, Glenn Balunan, went to shoot his first 4 victims. Two victims from this house, siblings Garry and Carlo were pronounced dead-on-arrival at the hospitals while Janine Barreto and Mario Nono are still confined in the hospital.

CALBAYOG CITY – Six (6) persons were killed and three (3) others were wounded in a shooting spree by a drunk amok in Barangay Gadgaran at around 5:00 o’clock in the afternoon of May 19, 2020. The amok was later killed by responding police officers.

One person died-on-the-spot and 5 others were pronounced dead-on-arrival at the hospitals while three others were wounded and are presently admitted and confined in separate hospitals in the city.

The amok, identified as Glenn Balunan, of legal age, a member of the Philippine Army until his (alleged) discharge on AWOL in 2008, was pronounced dead-on-arrival at the hospital after an armed confrontation with responding police forces. 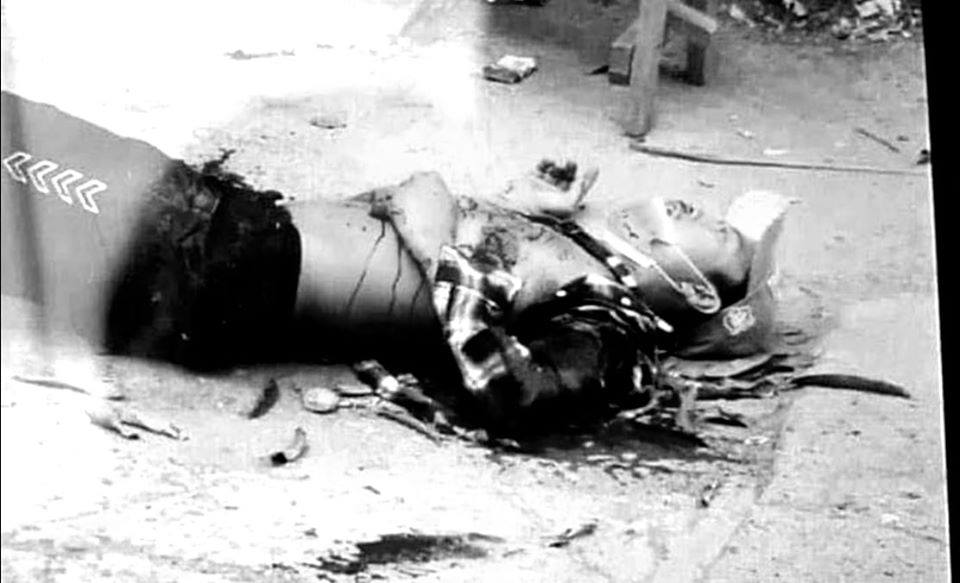 The amok, Glenn Balunan as he lies lifeless after an armed confrontation with responding police.

THE AMOK IS TRIGGERED

In a conversation engaged by one of the reporters, common-law wife of Balonan, Alessa Flor Velasco, informed that she fell asleep while her husband, having two small flat bottles of rhum, was drinking alone in their house.

Velasco, further told that she was caught in utter confusion when Balunan woke her up asking to be shot and killed by her using the firearms he was keeping inside a sling bag. Balunan, already heavily drunk, told Velasco that he wanted to end the pain he can no longer bear to suffer.

Police reports said that when Velasco did not move to get the bag, Balunan reached for it. It was at this instance that they wrestled for the bag. However, superior strength prevailed.

Realizing that Balunan has already gotten hold of the bag where the firearms are kept, Velasco reached out to get hold of her son and run out of the house to escape from Balunan. She ran with her son towards the south direction. 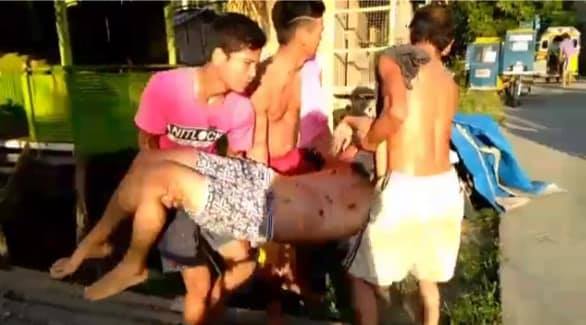 The photo shows neighbors carrying victim Carlo Saldana from the house to the vehicle. Carlo Saldana was pronounced DOA at the hospital.

Balonan pursued his wife outside. Armed with guns, he went inside the house of the Saldañas situated just across the road from his house. Inside, he started firing his gun at the occupants hitting (the sibblings) Garry and Carlo Saldaña, Janine Barreto and Mario Caber Nono.

The Saldañas were pronounced dead-on-arrival at the hospital while Barreto and Caber are confined for observation and treatment after undergoing surgical procedures for sustained bullet wounds.

Not finding his wife at the Saldaña’s, Balonan went out on the streets at Purok 7 of the Barangay where he saw and indescriminately shot at Jalita Ramada and Jimmy Jadulco. Both were also dead-on-arrival at the hospital.

Meanwhile, a resident of Purok 1, Humphrey Tacaldo was steering his car towards their residential compound when Balunan caught sight of him.

Balunan approached Tacaldo who was still inside his car, and without the slightest provocation, fired three shots.

Two of the bullets hit Tacaldo. One bullet hit his stomach and the other hit the left side of his check going thru and out the right cheeck.

As this report is written the victim is at the intensive care unit of the hospital after going thru a rigorous surgical procedure for several hours. 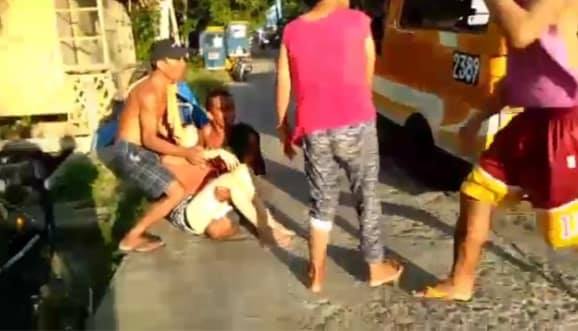 The photo shows victim, Janine Barreto as neighbors bring her out of the house. Barreto is presently confined at a hospital for intensive care.

Still on his fit of frenzy, Balunan left Gadgaran, unheeding to the pleas of his wife to stop shooting, lay down his arms and calm down.

Taking the route thru the rice fields towards the direction of Barangay San Policarpo, he came across 64-year old Leopoldo Molat and fired. Molat was dead-on-the spot.

Reaching Barangay San Policarpo, Balunan shot at a 64-year old tricycle driver Vicente Lozano who was also dead-on-arrival at the hospital. Lozano was a resident of Barangay Capoocan.

By standers in Barangay San Policarpo told that Balunan fired shots at still two others – one male and one female - but missed the targets.

Ellen Astilla, one of the two who was fired at while driving her motorbike informed in a comment to a post that she was called to stop by the amok but did not heed the call. Instead she continued to drive asking for God’s mercy to spare her from the bullets. She was fired upon several times but continued to drive. She arrived home safely. 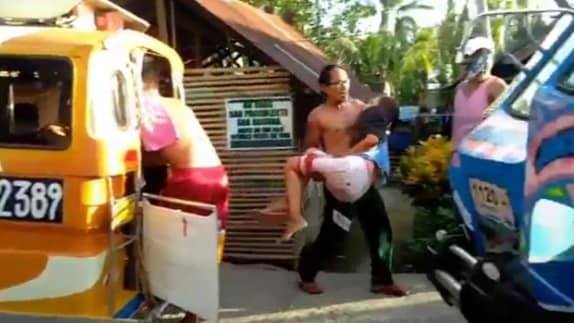 Victim Jalita Ramada, from another house is also carried towards the vehicle bound for the hospital. Ramada was declared DOA at the hospital.

BALONAN; HIS FIT; AND HIS END:

Balunan was already on a street in the vicinity of Purok 6, Barangay San Policarpo when responding police officers composed of members of the Calbayog City Police Station and the Regional Mobile Force Battalion (RFMB 8) came to accost him.

Reports said that Balunan was resistant and refused to heed the call of the police officers for him to surrender.

Instead, he attempted to draw his firearm. At this instance, one of the police officers first shot at one of Balonan’s legs causing him to fall to the ground.

Balunan, however tried to get up and still attempted to engage the police officer with his firearm causing the police officer to again fire at Balonan hitting him at the upper part of his body.
He was dead-on-arrival at Calbayog District Hospital.

Records tell that Balunan was a member of the Philippine Army assigned with the 52nd Infantry Battalion. He went on AWOL (Absence WithOut Leave) in 2008 reportedly after his assignment in Surigao City.
He went out of the country in 2009. In 2013 he took to live together with Alyzza Velasco with whom he has a son.

Neighbors said that Balunan is a notorious drunkard in Barangay Gadgaran with an involvement in a hacking incident but which case was amicably settled.

Calbayog City Police Station is presently in coordination with Firearms and Explosive Office (FEO) to check if Balunan is licensed or a registered holder of any kind of firearm.