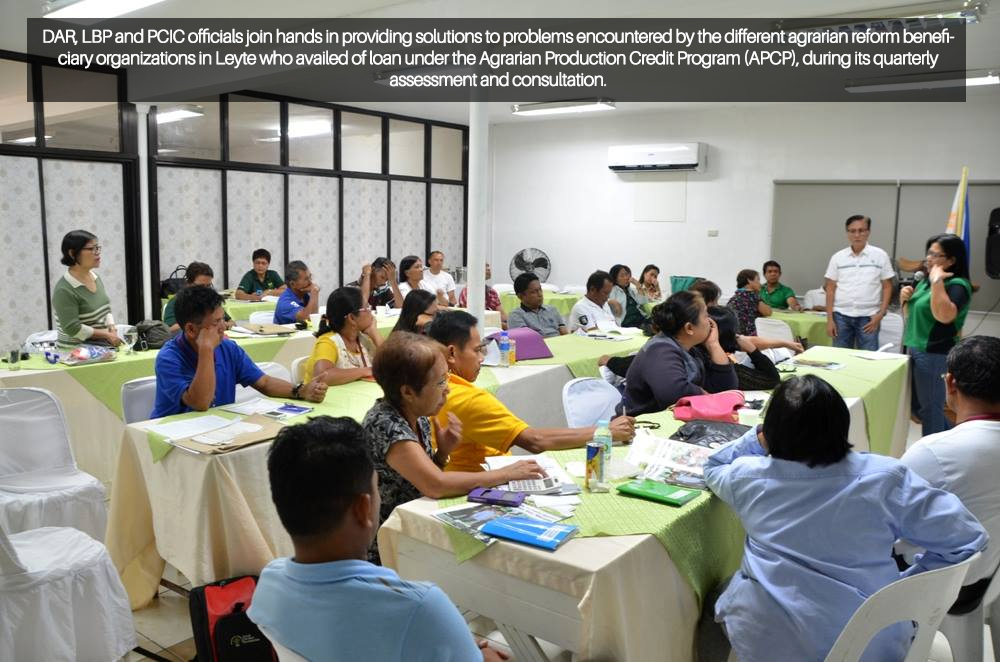 TACLOBAN CITY – Seven (7) agrarian reform beneficiary organizations (ARBOs) in Leyte province were recently commended by the Department of Agrarian Reform (DAR) and the Land Bank of the Philippines (LBP) for their outstanding performance as program conduits.

LBP-Lending Center Account Officer Maria Ugay disclosed that the seven ARBOs who availed of loans under the Agrarian Production Credit Program (APCP) for their members in 2016 were able to settle their respective accounts before the due dates despite the losses that these member-farmers encountered in last year’s farm operations. 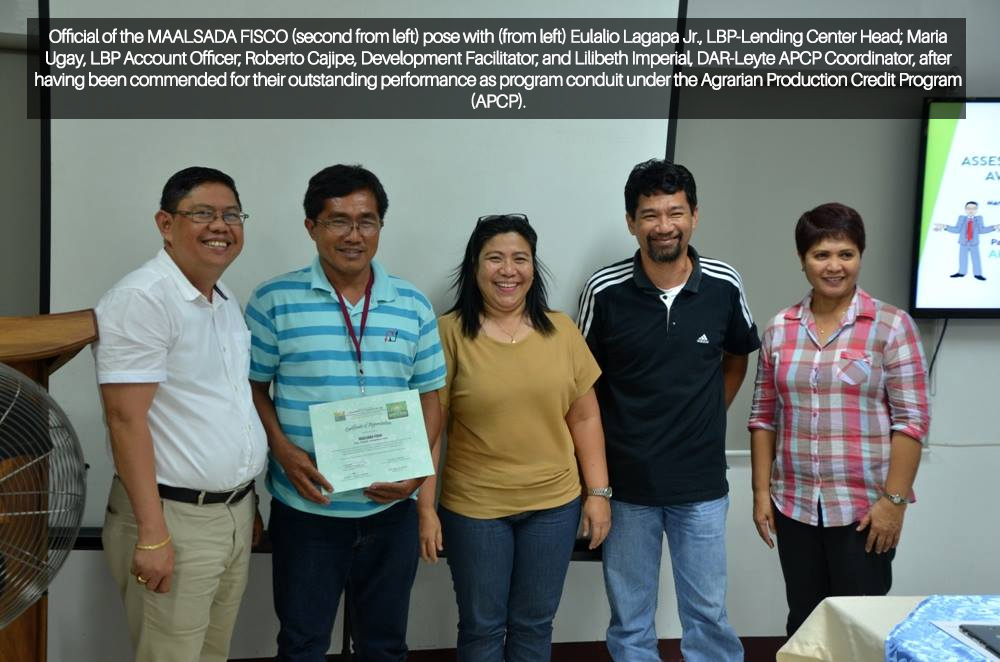 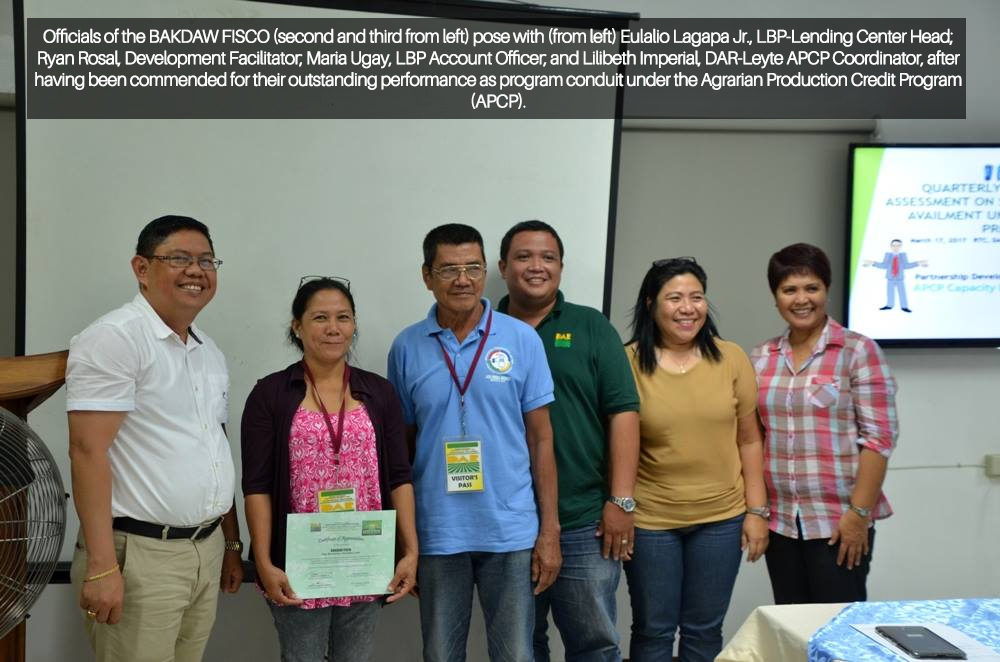 According to Zosimo Estabillo, chairman of the Pastrana ARC Farmers Organization, the association allowed its fund in terms of loans to the member-farmers’ for them to be able to pay their obligations to the bank. The member-farmers are charged of 4.5% in interests on the loan provided for the purpose.

Provincial Agrarian Reform Program Officer-1 Paulina Canales explained that the quarterly assessment and consultation is a venue for the ARBOs to air their problems encountered especially on causes of failure on the party of the member-creditor(s) to pay their obligations.

“During this occasion,” Canales added, “a representative from the LBP-Lending Center offers solutions to the affected ARBOs to avoid being penalized.” 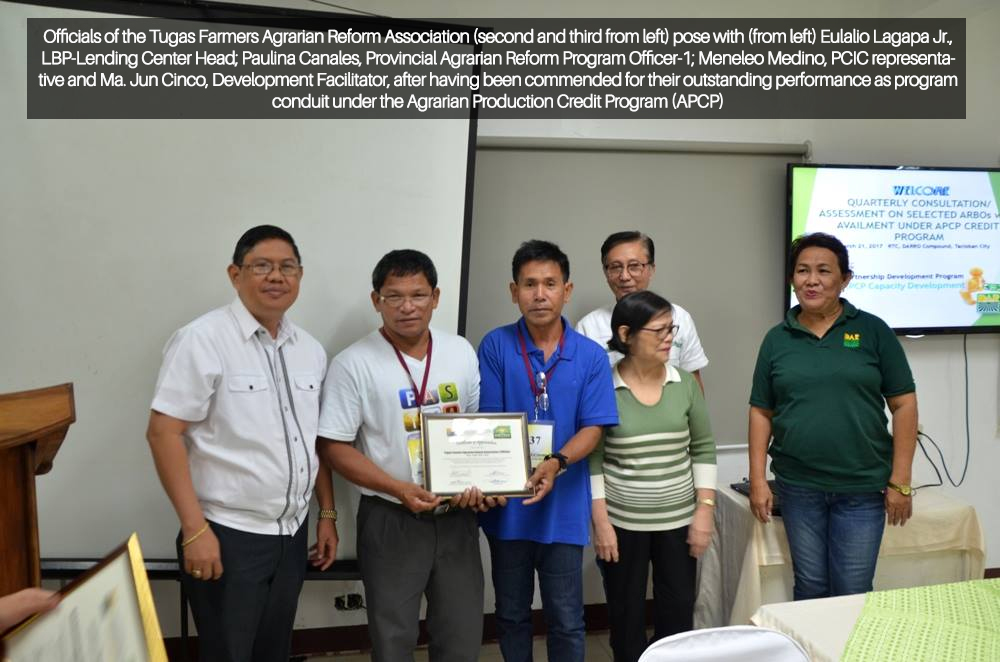 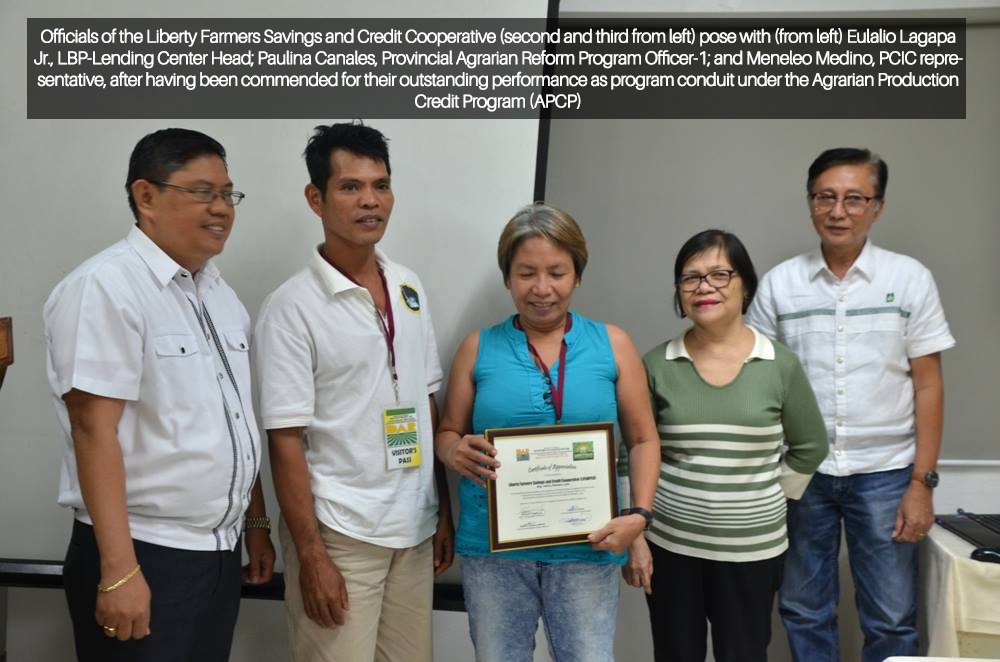 A representative from the Philippine Crop Insurance Company (PCIC), Meneleo Medina was also present to explain how the farmers could avail of crop insurance to protect them from severe losses in times of calamities or pest infestations. The member-farmers were encouraged to apply for crop insurance with an annual fee of Php50.00. It was learned that the common problem encountered by the farmers during the last cropping season was the intense dry spell caused by the El Niño phenomenon.

Meanwhile, Eulalio Lagapa Jr., LBP-Lending Center Head, encouraged the ARBOs to maintain a good standing so they could qualify for the bank’s regular credit programs when APCP ends.

DAR Regional Director Sheila Enciso stressed that APCP is one of the agency’s support programs in partnership with LBP and the Department of Agriculture’s extension to ARBOs of agricultural production loans at 7.5 percent interest rate per annum. 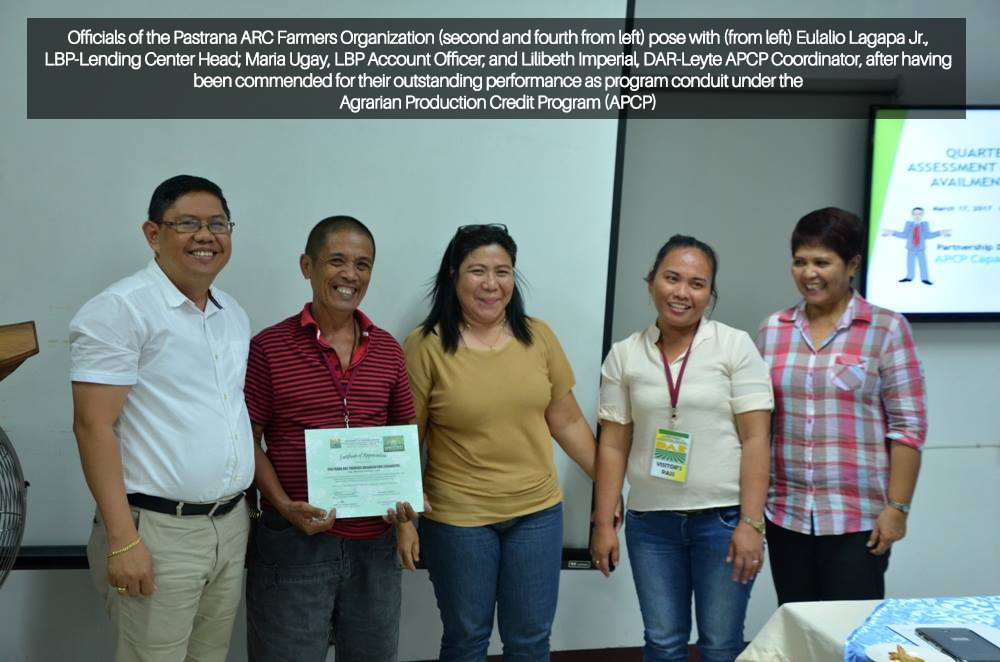 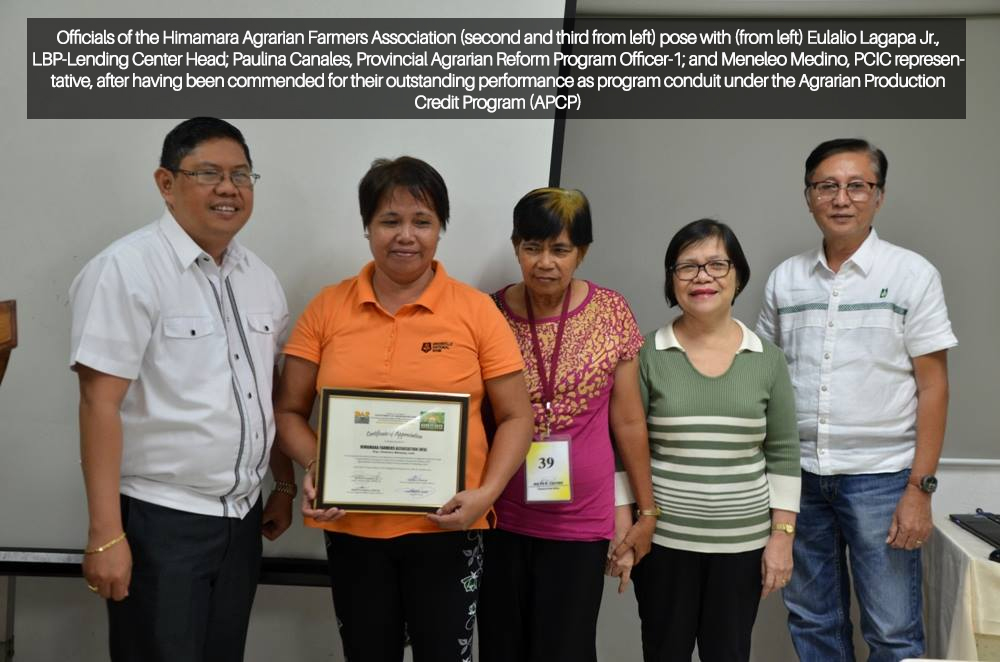 Estabillo described the interest rate as much lower compared to that of traders who offer credit assistance to farmers at the start of the cropping season.