A NEW SCHOOL BUILDING FOR ONE ISLAND BARANGAY IN SAMAR PROVINCE 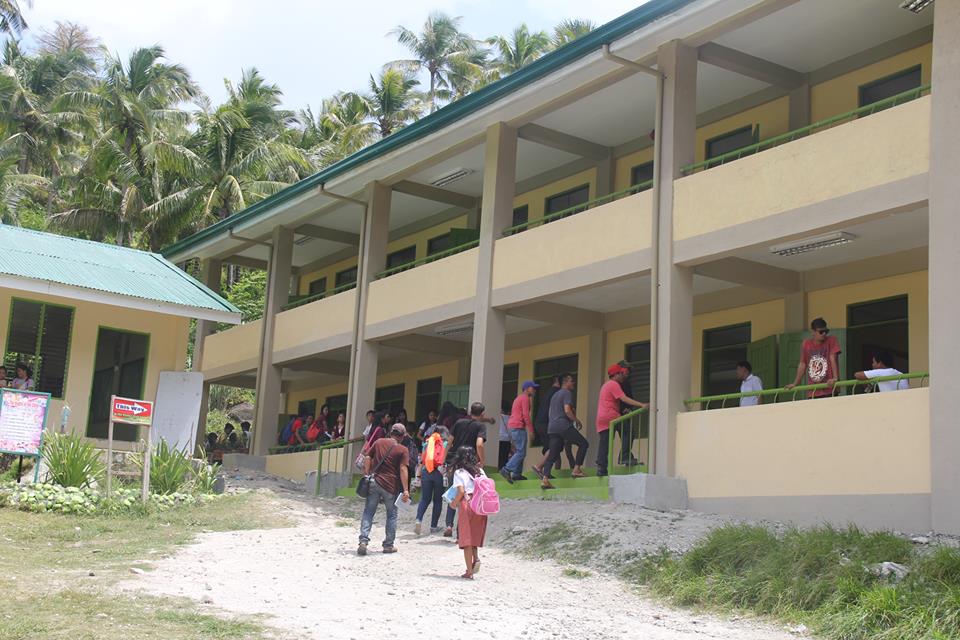 Tarangnan, Samar – A newly completed two-storey school building will benefit 530 students of Oeste National High School in Barangay Oeste, an island barangay of the municipality of Tarangnan, some one-hour motorboat ride away from Calbayog City.

The school building project that will provide the use of six classrooms is implemented by the Department of Public Works and Highways – Samar First District Engineering Office (DPWH-SFDEO) contract with B. Vicencio Construction costing Php8M from the 2015 Basic Educational Facilities Fund (BEFF).

During the inspection of the project of the DPWH inspectorate team led by Assistant District Engineer Loreto Cedro, ONHS School Principal, Francisco Peñaranda told that the completion and use of the building will invite more enrollees of students from adjacent barangay for the next school year. (Photo and Data from the press release of DPWH-SFDEO