Story and Photos By Eladio Perfecto 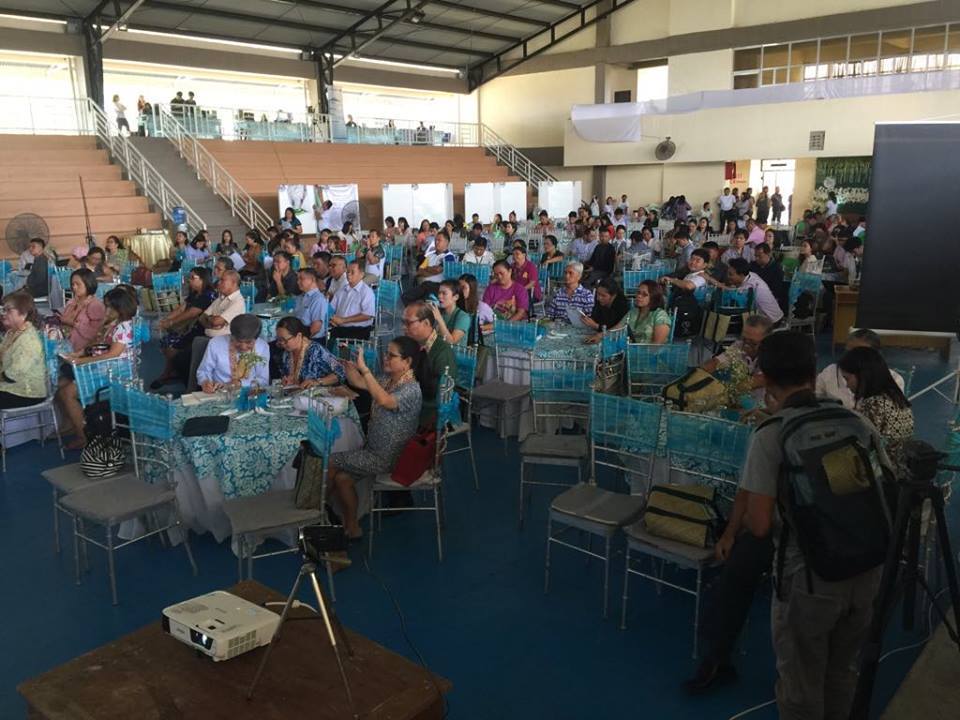 Anchored on the theme “Environmental Science, Green Technology, and Society: Pusing the Boundaries Toward Sustainability,” the three-day conference was spearheaded by the Philippine Environmental Science Association (PESA) with the leadership of its President, Dr. Lemnuel V. Aragones.

During the first day, UEP President Rolando A. Delorino, echoed on issues confronting the environment. One of which is the use of plastics and other non-biodegradable materials which can be seen anywhere in this planet that is dradually destroying the environment.

Delorino stressed that “the value of environment science in pressing issues inherited from the past will be highlighted in open for a and related activities that have been structured for this event.” He further informed that “we want to bring UEP’s prestige to national and international consideration, upgrading into a research university and a university of choice.” 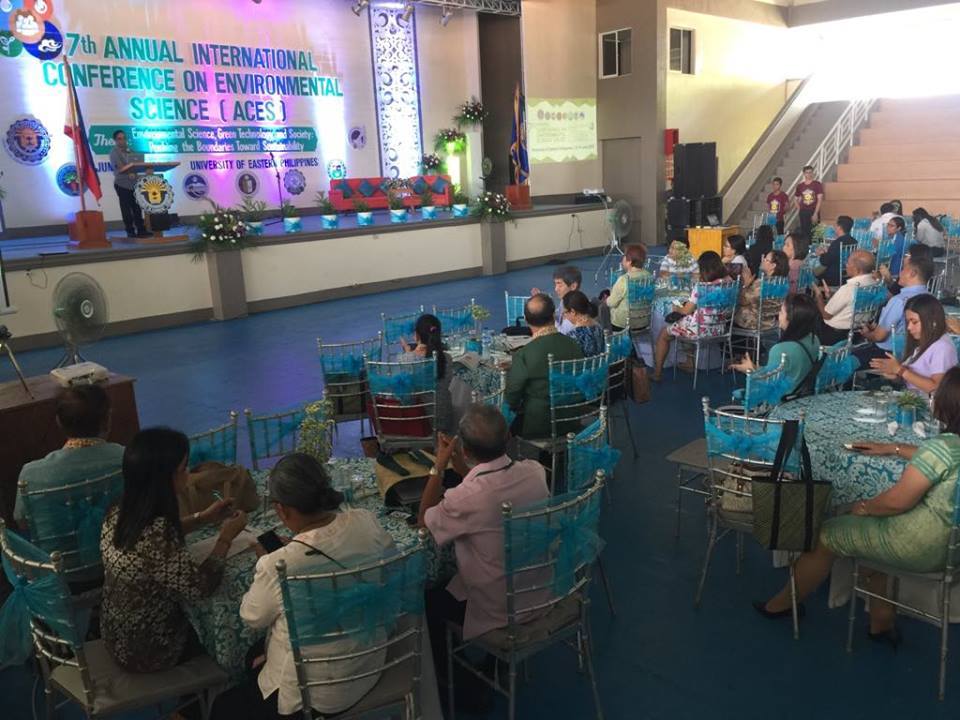 One of the keynote speakers, Dr. Ryohei Kada, a professor in Shijonawate Gakuen University, said in his paper that “the increasing risks and and greater impacts of climate change are among the most serious threats to many Asian Counties.” “High economic growth, population increase, industrialization and rapid urbanization,” Kada continued, “have not only affected and sustainability of natural resources and socioeconomic system, but also endangered food and health security.”

“In our Philippine-Indonesia-Japan joint research project entitled ‘Managing Environmental Risks to Food and Health Security in Asian Watersheds,’ we have tried to seek for practical solutions for food and health securities of the people in Asian watersheds,” Kada said.

Saying that “drastic changes in water system and land use patterns in many watersheds have caused serious damages and expanded natural disasters such as flooding and soil erosion,” Kada further said that “the damage not only result in huge economic loss but also affect serious public health issues in the urban areas located downstream, and pose a threat to the food security of the people, as typically shown in the Laguna lake region, Philippines and Sekampung watershed in Sumatra, Indonesia.

Kada elaborated on trying “to rebuild partnerships with local governments, community leaders and other private sector people and other stakeholders to put in place community-based resource management system to ensure sustainable resource-based and food-health securities of the people.” 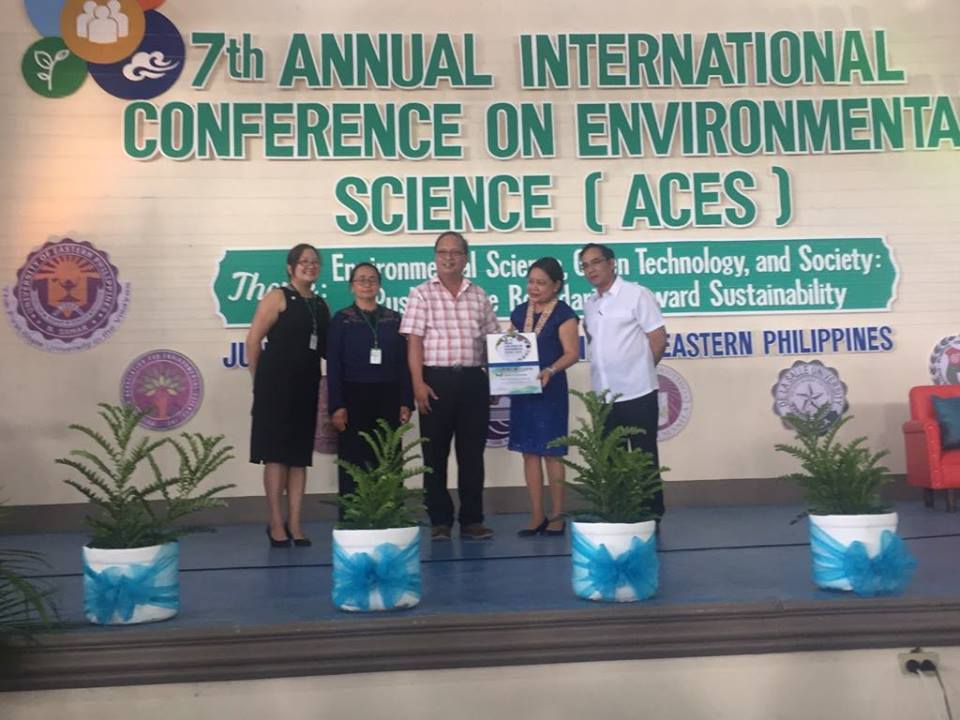 Also a keynote speaker in the said international conference, Sen. Cynthia Villar, chairperson in two senate committees, namely Agricultures and Environment & Natural Resources praised PESA for spearheading the conference in adherence to its role in addressing environmental issues that the country is facing.

“An organization like PESA is just what we need in this time and age when the country, and the whole world, is confronted with numerous environmental challenges,” Villar told.

The Senator expressed hopes for inputs and outputs of the three-day conference to redound into useful and helpful solutions as well as implementing strategies to address environmental problems,

Referring to a serious concern on food security worldwide where basing on estimates there is a need to increase food production by over 60% to meet the expected global demand from a population of over nine billion in 2050, Villar emphasized that “sustainability is really the key to our survival and I am glad that sustainable solutions are a priority of this conference and of PESA,” thereby adding that “the interplay or dynamics among environment, resources and population is among the environmental agenda you are focusing on as well.”

Raising the issues on the global over fishing, Villar said that “if people would continue fishing just like they do today, the oceans would become a ‘virual desert’ and would affect the seafood and food security as well.”

Seafood forming a significant portion of the diet of more than three billion people, concerns about overfishing have been raised worldwide because overfishing of certain species can also affect the health of coral reefs and the reefs’ biodiversity. Overfishing, if not corrected, may just pave reality to the forecast that there may be more plastic in the sea than fish by the year 2050 calling the need for better fisheries methods.

Villar said a major legislative measure was put in place after the passage of R.A. No. 10654 otherwise known as “An act to prevent, deter, and eliminate illegal, unreported and unregulated fishing,” an amendment of the 18 year old Fisheries Code (R.A. 8550).

PESA is a group of environmentalist nationwide that aims to strengthen the value of environmental science as an interdisciplinary field that analyzed and provide solutions to environment issues and concerns in partnership with UEP and UPLB School of Environmental Science and Management.(CJ)