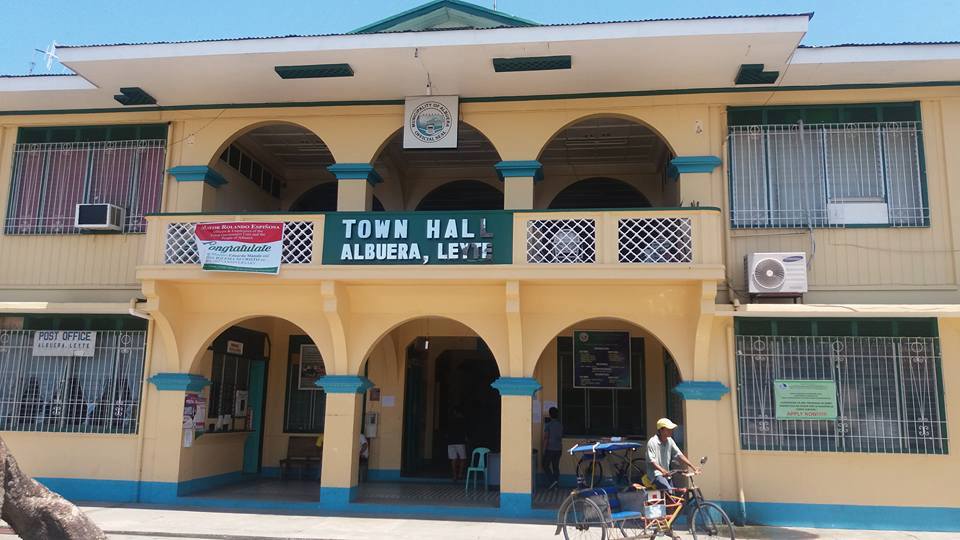 ALBUERA, LEYTE – Following reports that the municipal police station is under threat of possible attacks after Mayor Rolando Espinosa, Sr., exposed, in his affidavit, names of police generals, local government officials who are allegedly “drug protectors” of his son Kerwin which also included to mention a network of connections in the illegal drug business in the region, police force in Albuera, Leyte is presently beefed-up with troops of the Regional Public Safety Battalion and Leyte Provincial Public Safety Company pulled out from Barangay Ga-as, Baybay City.

Having been placed under the protective custody of the police, Mayor Espinosa is now living and holding office inside the police station of Albuera.

“We did not receive any intelligence report that there will be an attack in our police station, but we don’t want to discount the possibilities because it is important that we are always prepared to respond,” Albuera police chief, P/CInsp. Juvi Espinosa said in an interview.

Expressing concern about the time it would take to put a plan in place, Espinosa said “We will strengthen our actions in Albuera. What we’ve got to make sure is that we have the resources in the right place at the right time while an attack - if ever - to the Mayor could happen anytime. It’s really important that people here are reassured that all of us are doing our bit to keep this town safe.”

Since day one after Espinosa voluntarily surrendered to Malacañang after President Rodrigo Duterte named him and his son, Kerwin among those in the list of narco-politicians in the country, Albuera have been guarded by armed police troops.

Before the elections in May 2016, police recorded 70 people killed with the level of violence in Albuera erupting into a drug war zone.

There is currently the presence of the police troops with armed response vehicles on patrol, the conduct of random checkpoints round-the-clock in some strategic areas of the town and with some police in pursuit operations of Espinosa’s private armed groups while police and local barangay officials in said town are implementing laws such as “no-helmet-no-travel-police” curfew hours to minors and even the “no-smoking-policy.”

Refusing to explain specifics about reinforcement of police forces, team leader of augmentation police force P/Insp. Salvador Apacible, describes it as “primarily aimed at strengthening the performance of the police force in Albuera.

With the reinforcement being described as “planned deployment of additional personnel, Apacible emphasized that “Our mission is to assist our fellow police officers in maintaining peace in Albuera. Additional police forces are here to assist with the efforts to re-man, re-equip but with the primary of force protection.

The more police we have, the lesser crime there will be, Apacible concluded. (CJ/jmm/JAZMIN BONIFACIO)