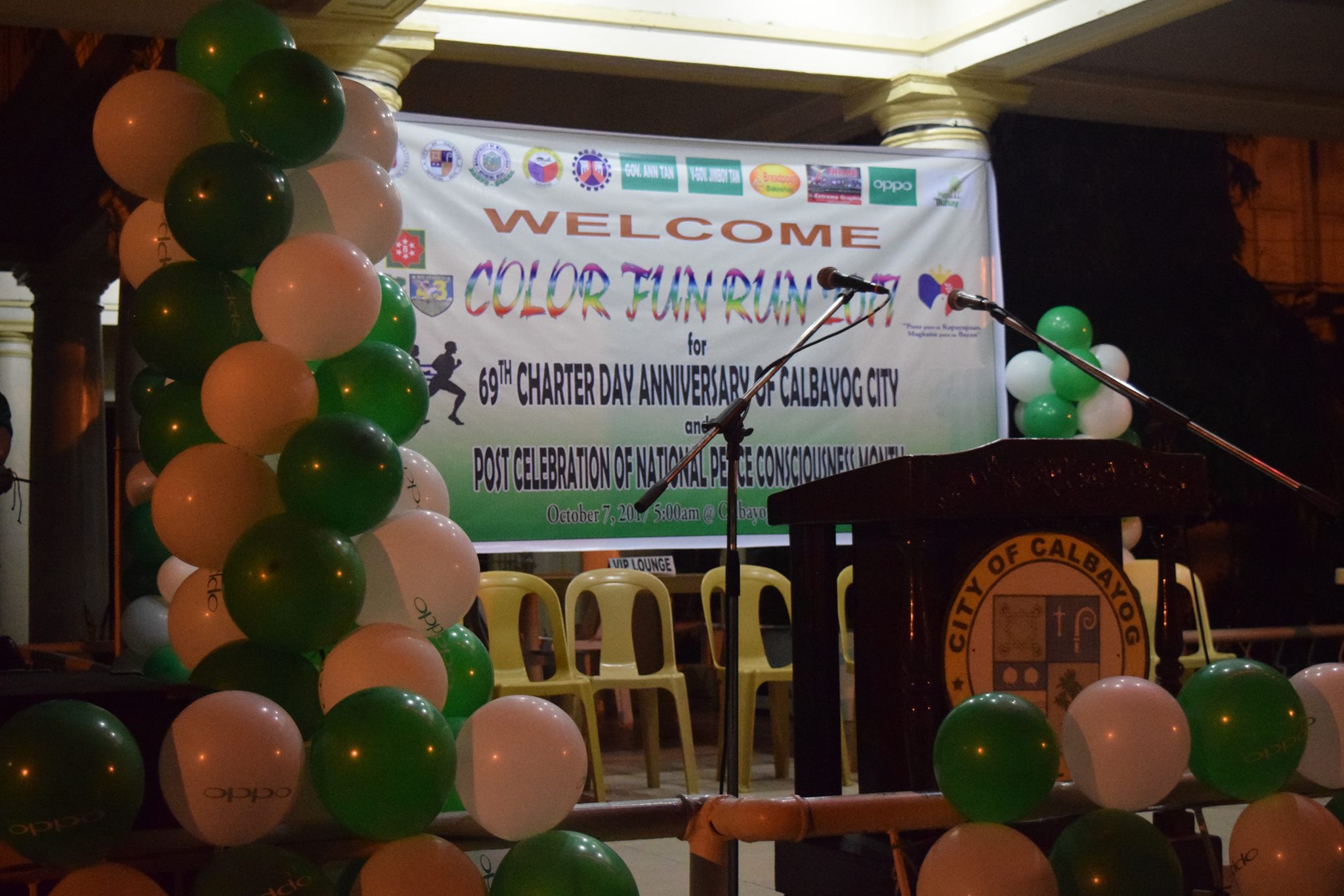 CALBAYOG CITY - The celebrations for “Adlaw san Calbayog 2017” marking the 69th Charter Day of the city kicked off on early morning of Saturday, October 07, 2017 with Color Fun Run led by the 43rd (We Search) Battalion of the Philippine Army.

Spearheaded by the men and women of the 43rd Infantry Battalion, Color Fun Run marked the opening of this year’s celebrations of the city’s founding anniversary.

According to Lt. Col. Reymondo Delgado, Commander of the 43rd Infantry Battalion, Color Fun Run is also a post-celebration for the Peace Consciousness month observed in the country during the month of September every year with these years theme – “Puso para s Kapayapaan; Magkaisa para sa Bayan.” 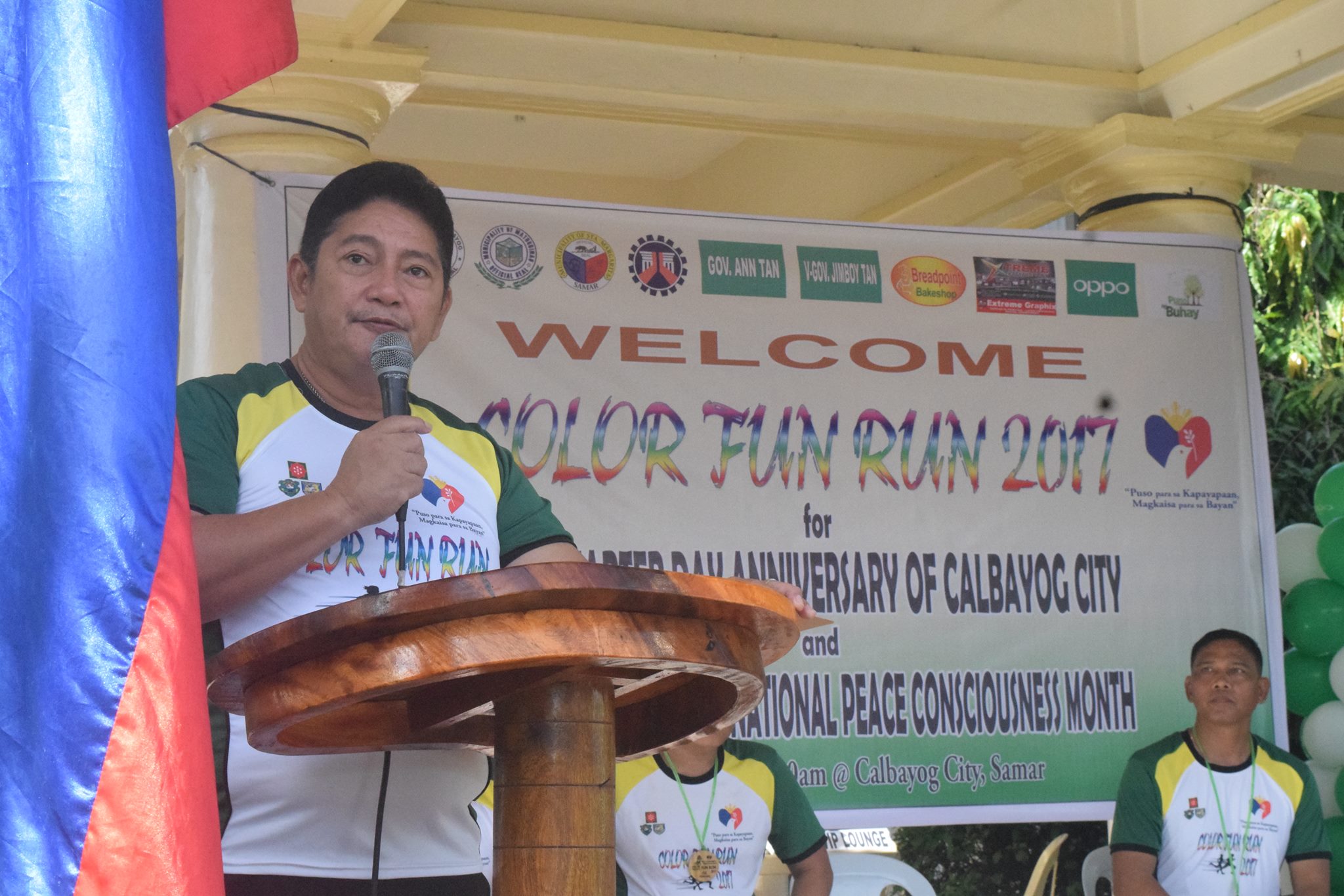 City Mayor Ronaldo P. Aquino, in his speech during the awarding ceremony of the fun run, congratulated the Philippine Army for successfully spearheading the Color Fun Run event. He also expressed gratitude in appreciation to the participants of the event.

Two categories composing the fun run – the 3K Run and the 5K run – were participated in by a total of two hundred eighty-two (282) runners composed of children, women and men. One Hundred Twenty (120) participants enlisted under the 5K-Run (55 of them female and 65 males) while the 3K-Run was composed of 88 females and 74 males or for a total of 162.

SPECIAL AWARDEES: Special recognition were given to the Most Senior Male, Most Senior Female, Youngest participants. Mr. Demetrio Dimaranan, Ms. Linda F. Rosales, respectively were recipients of the special awards. 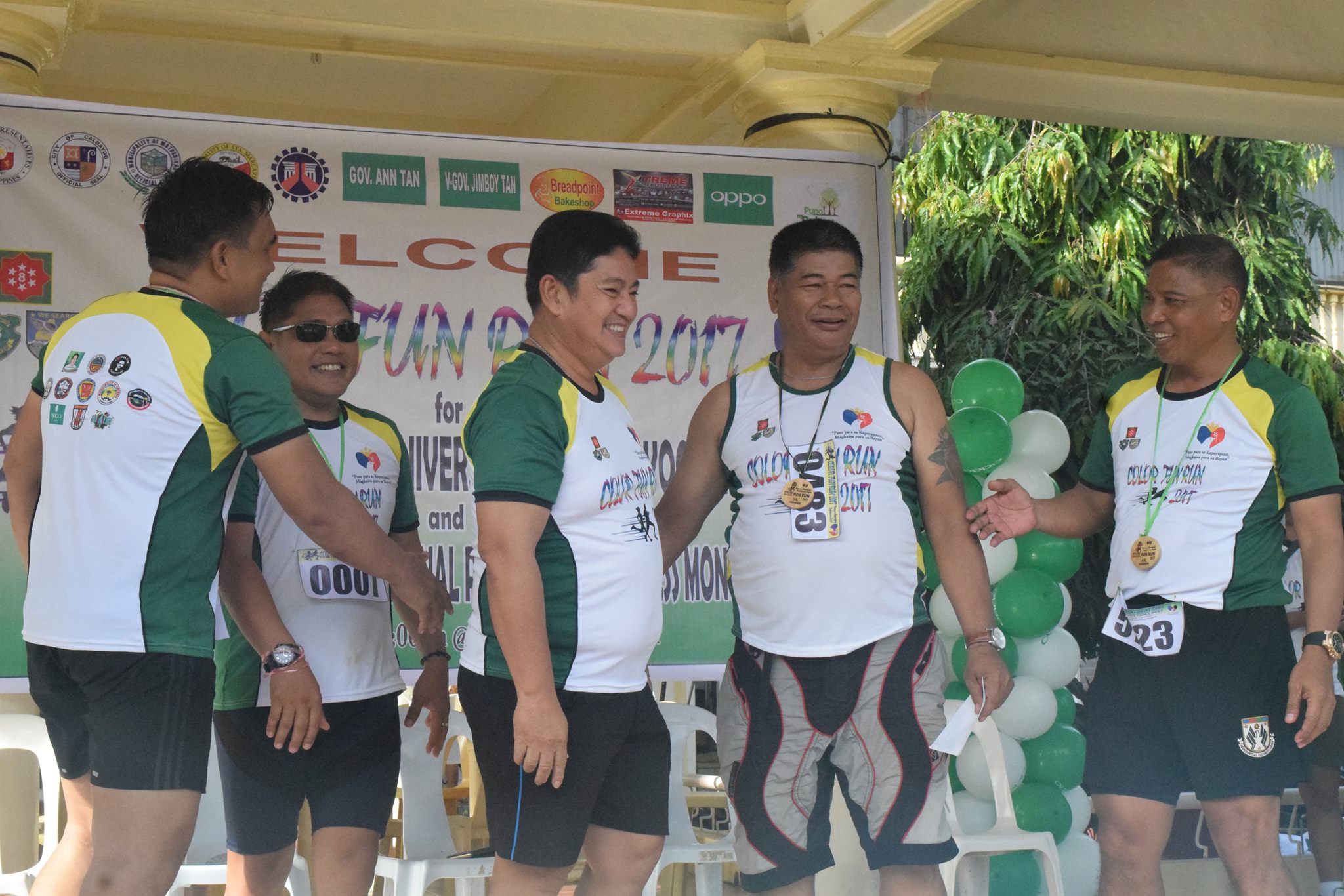 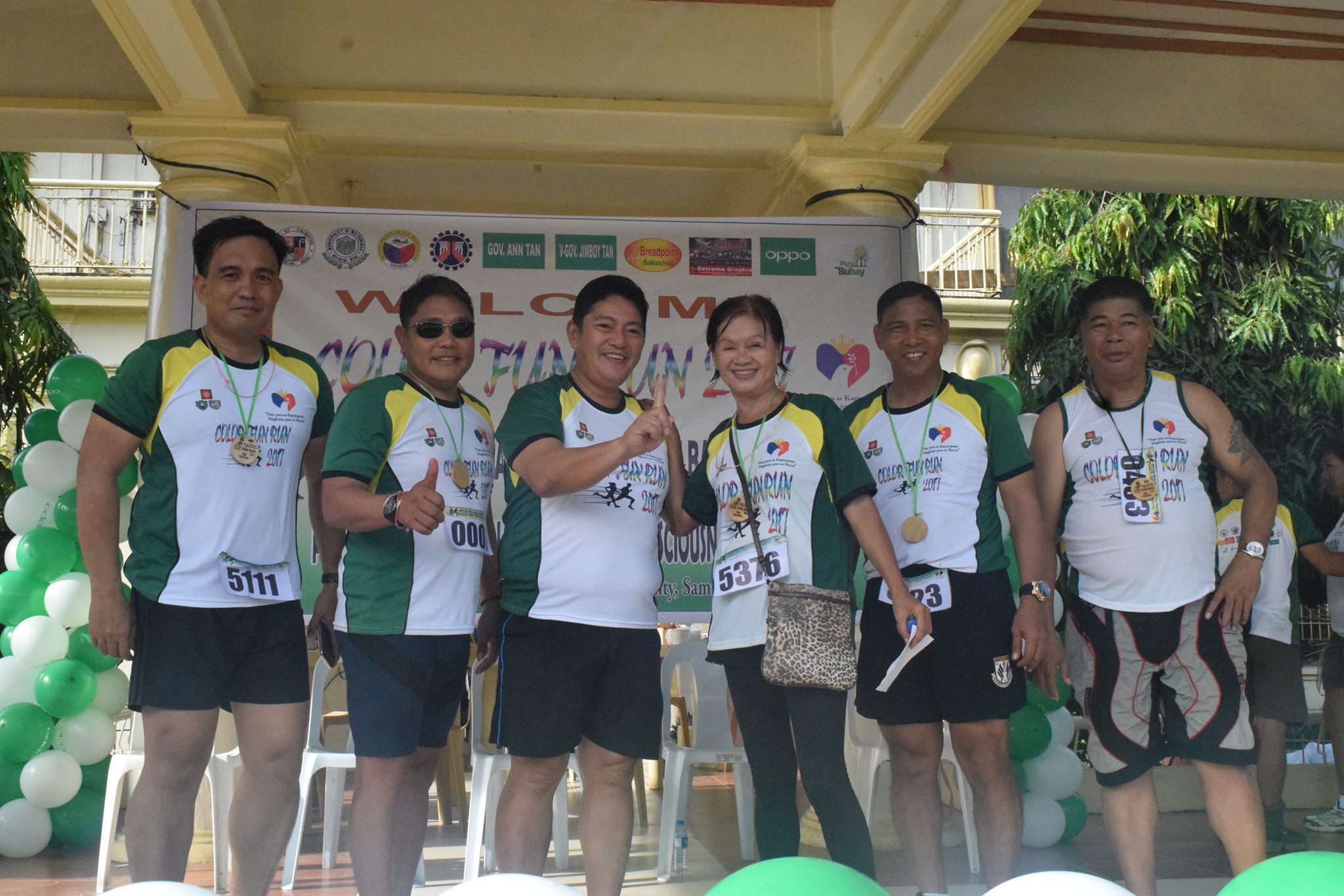 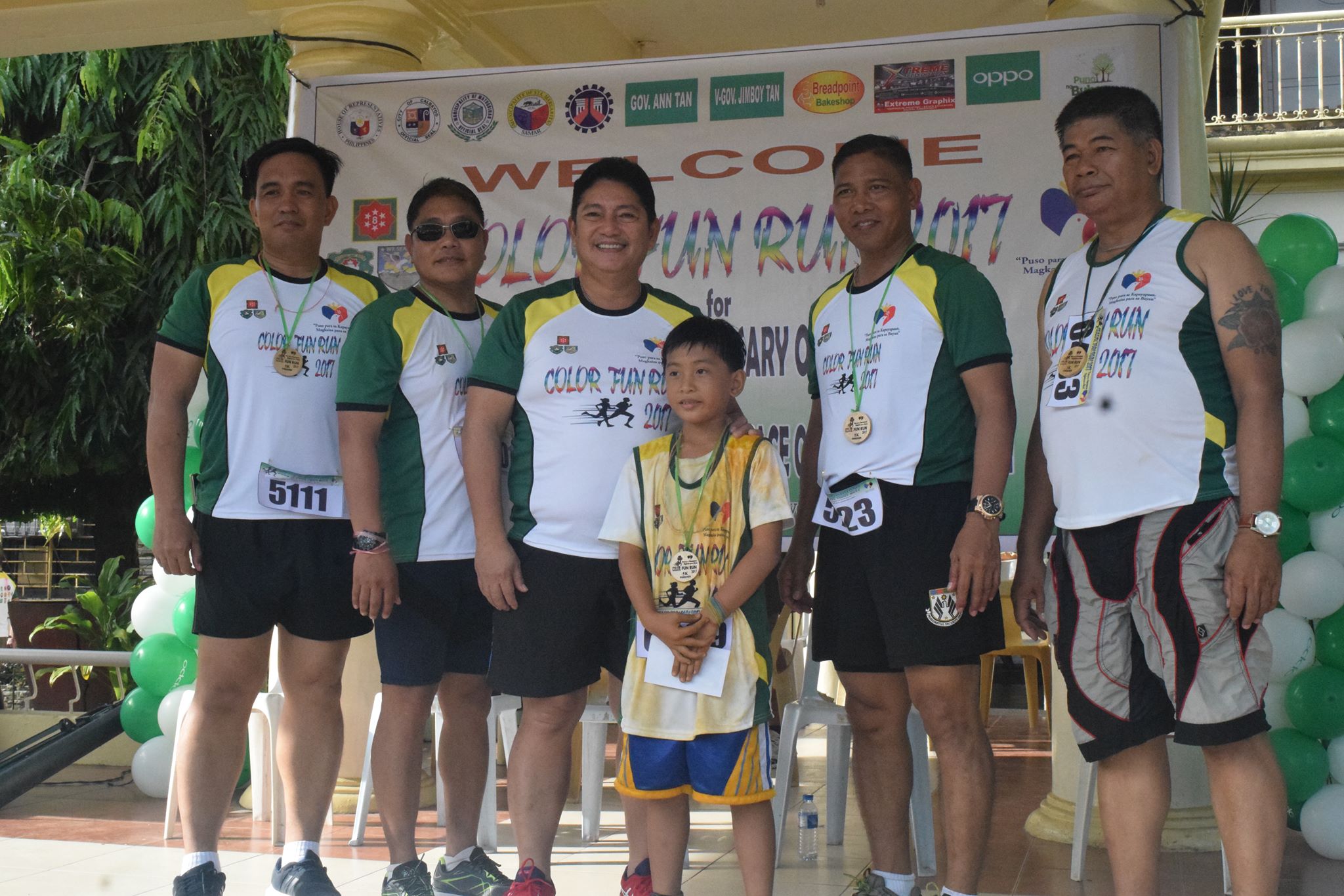 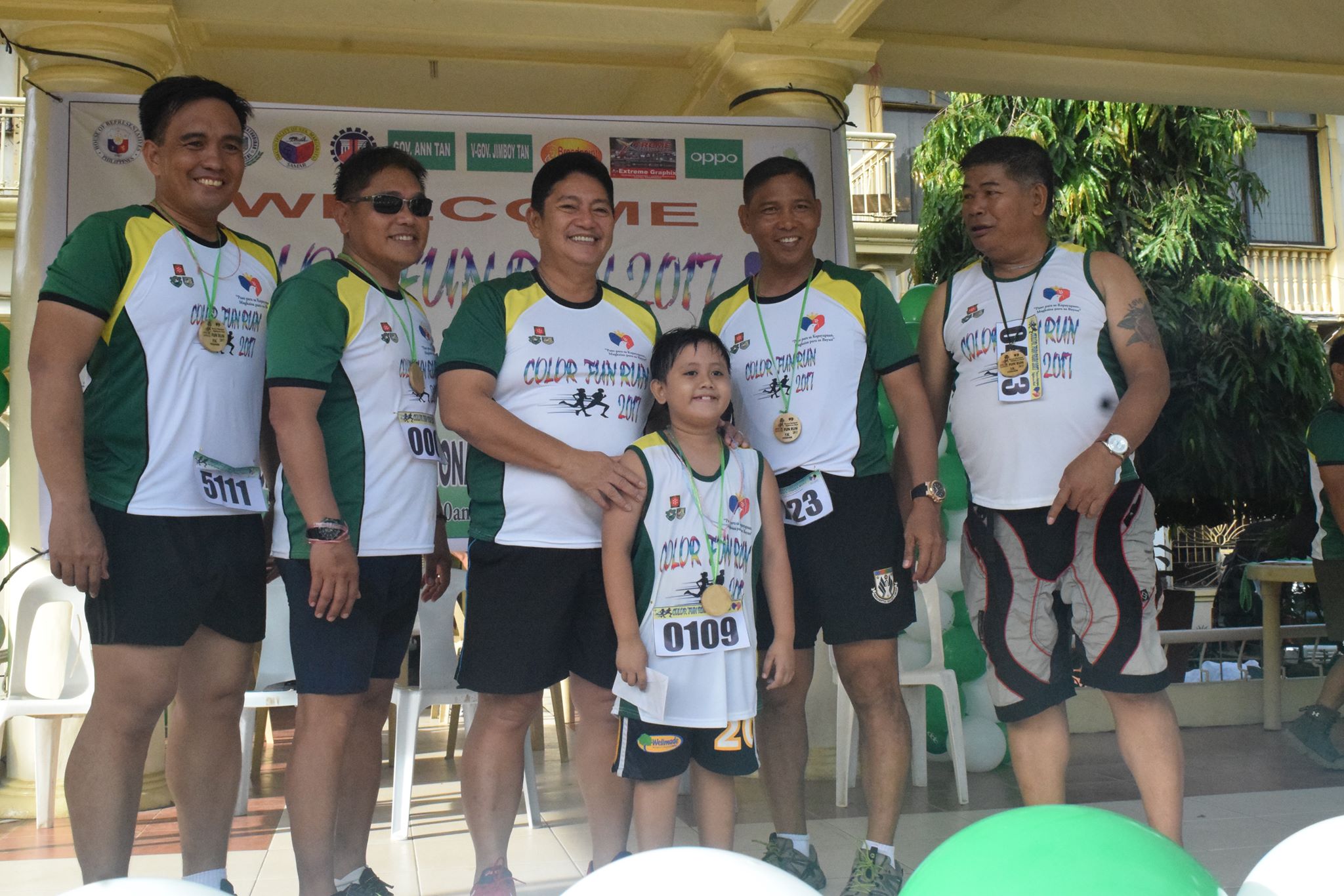 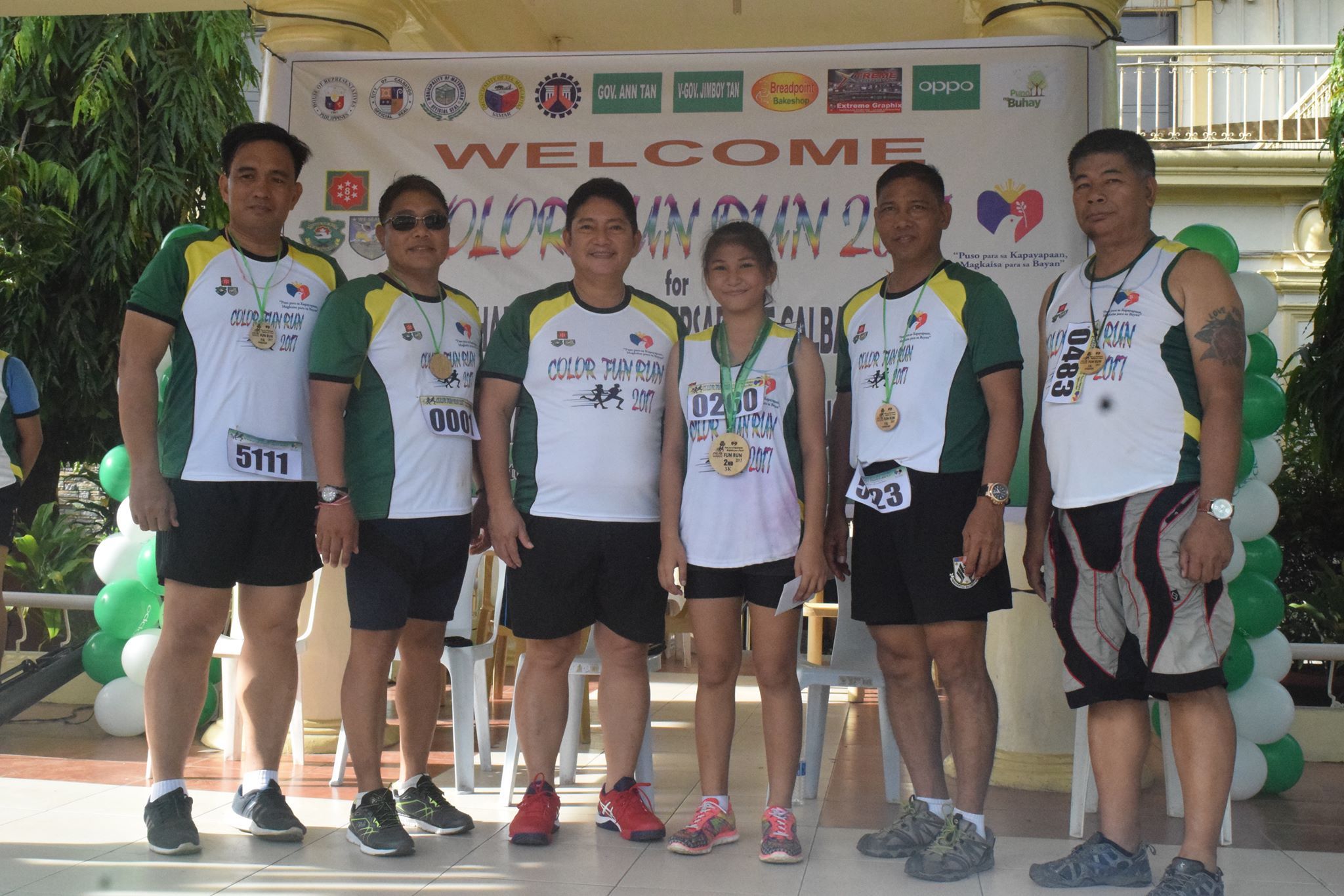 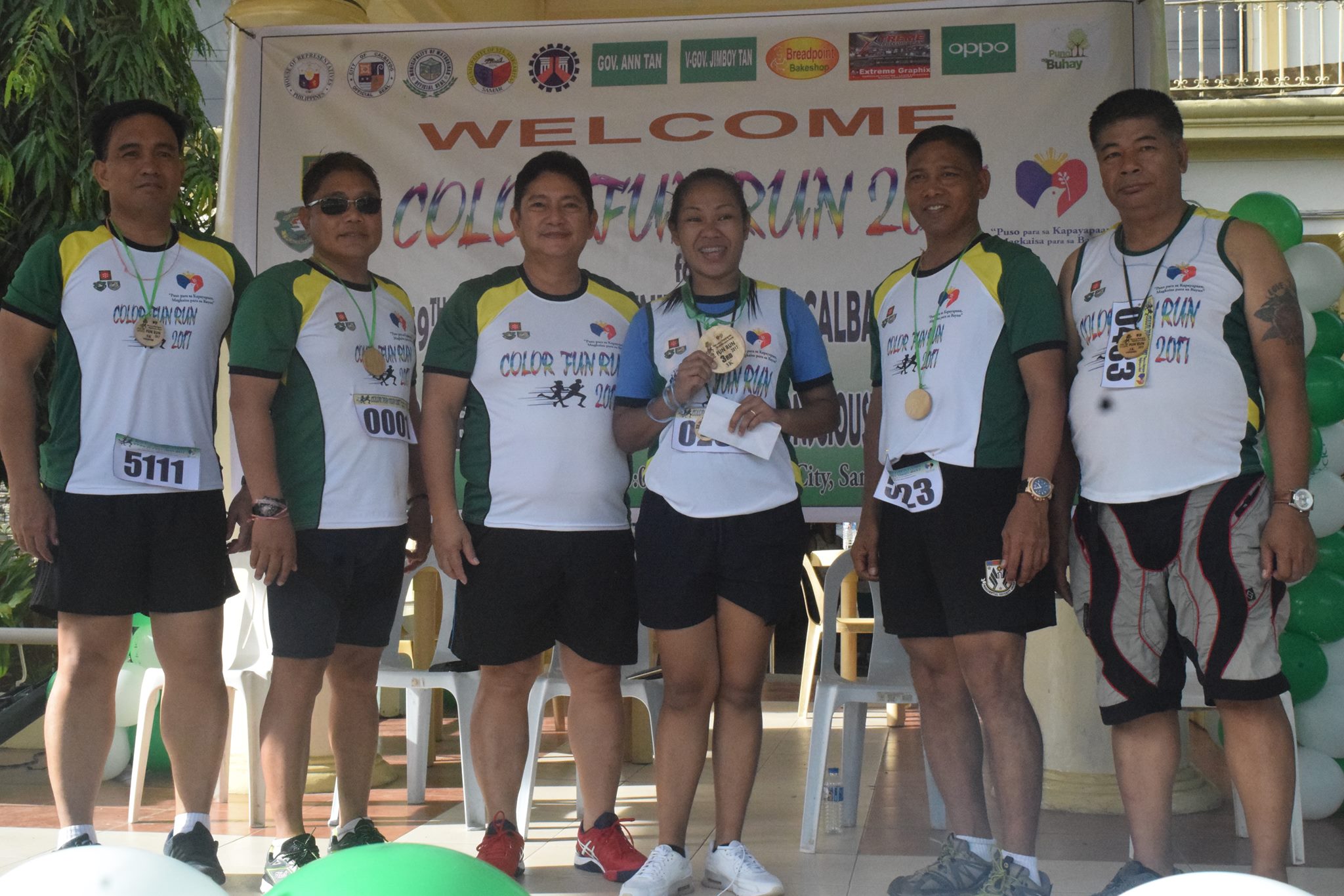 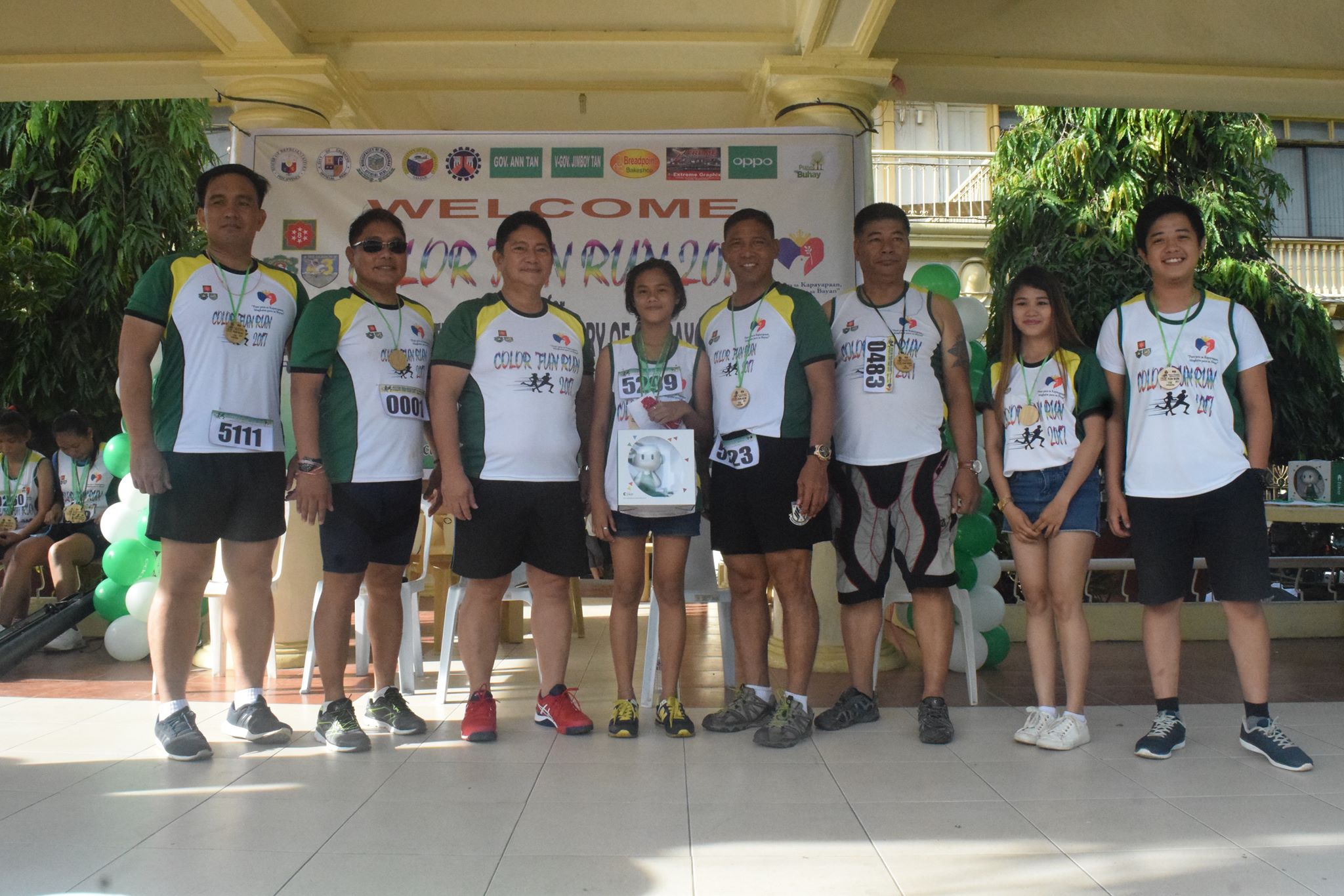 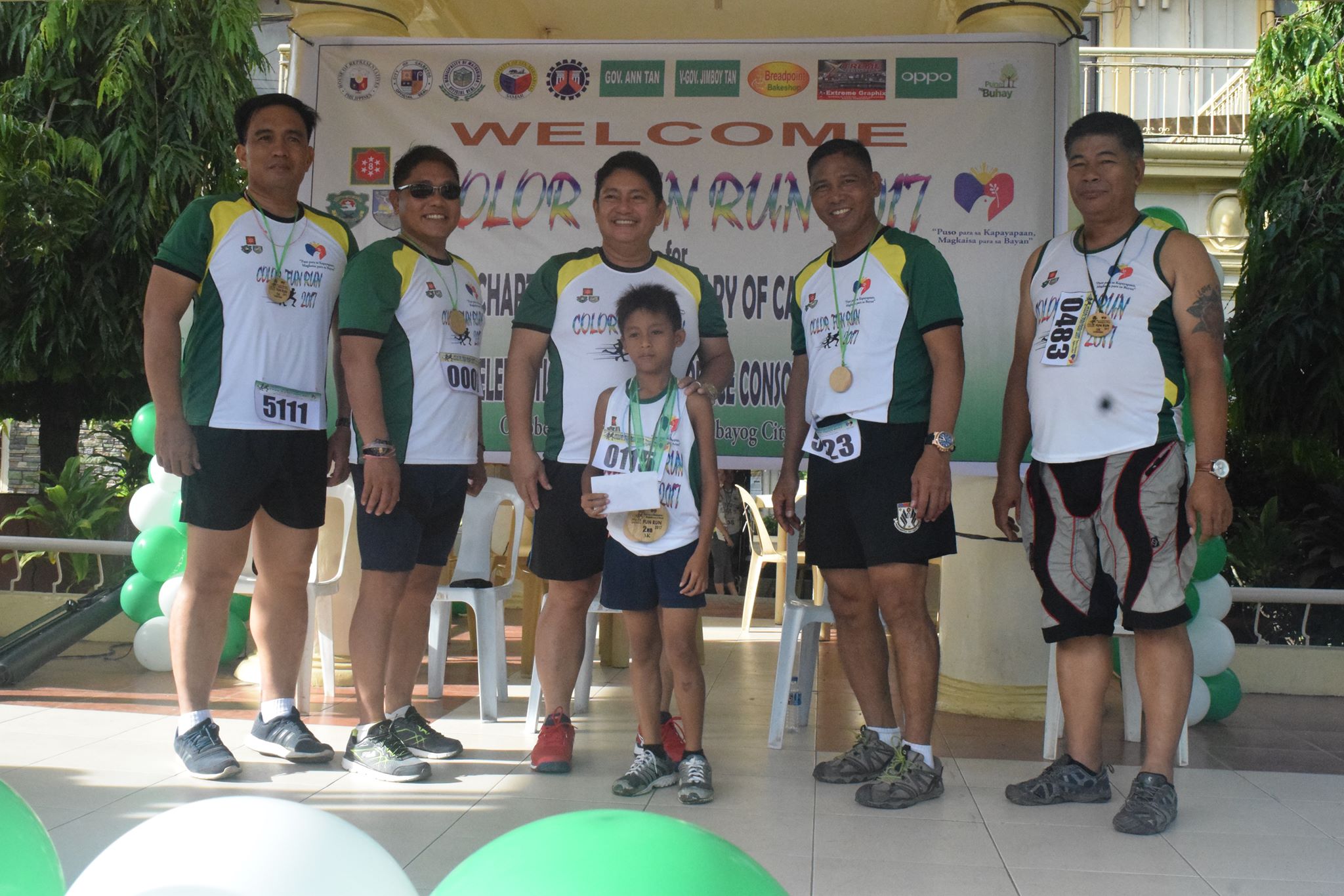 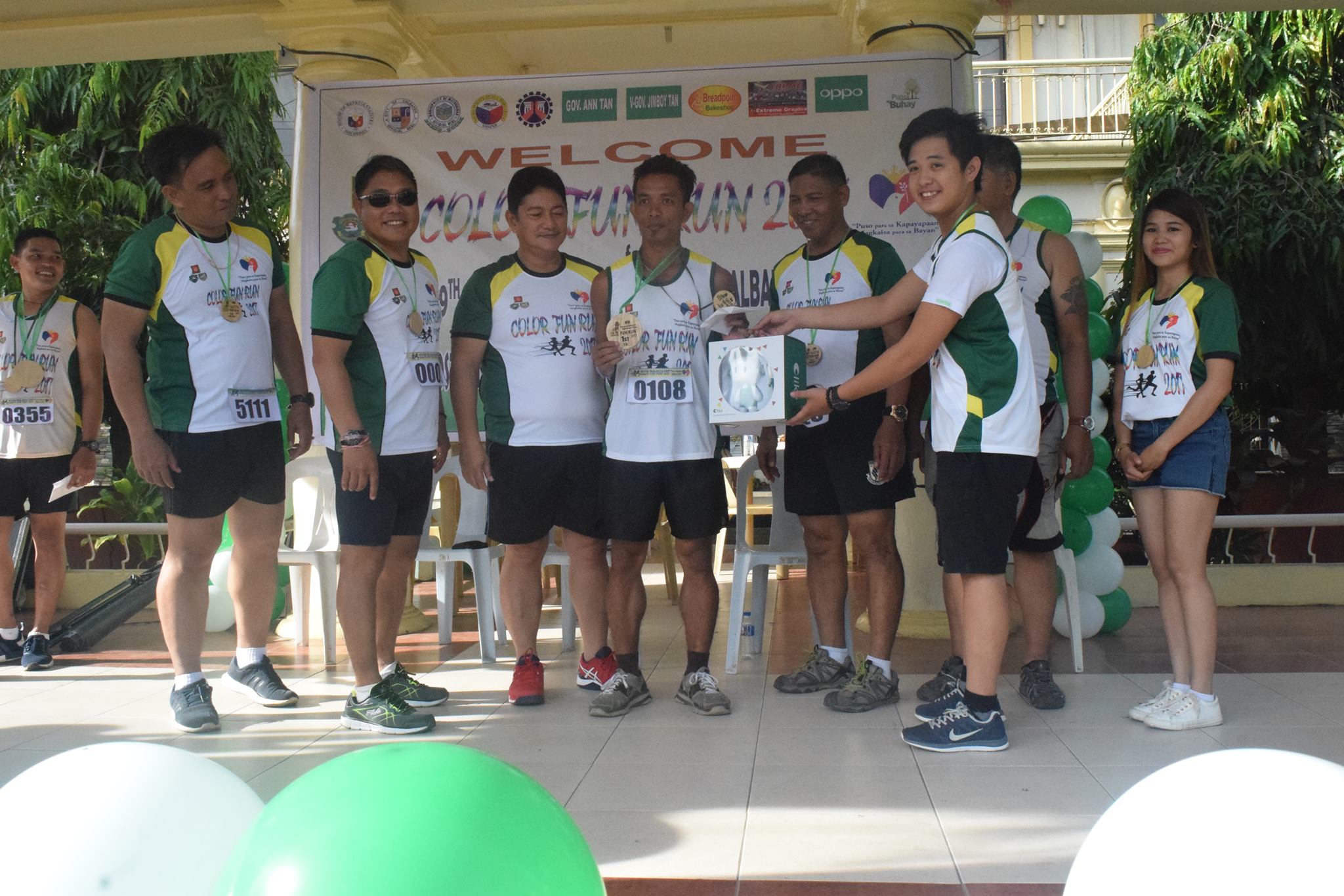 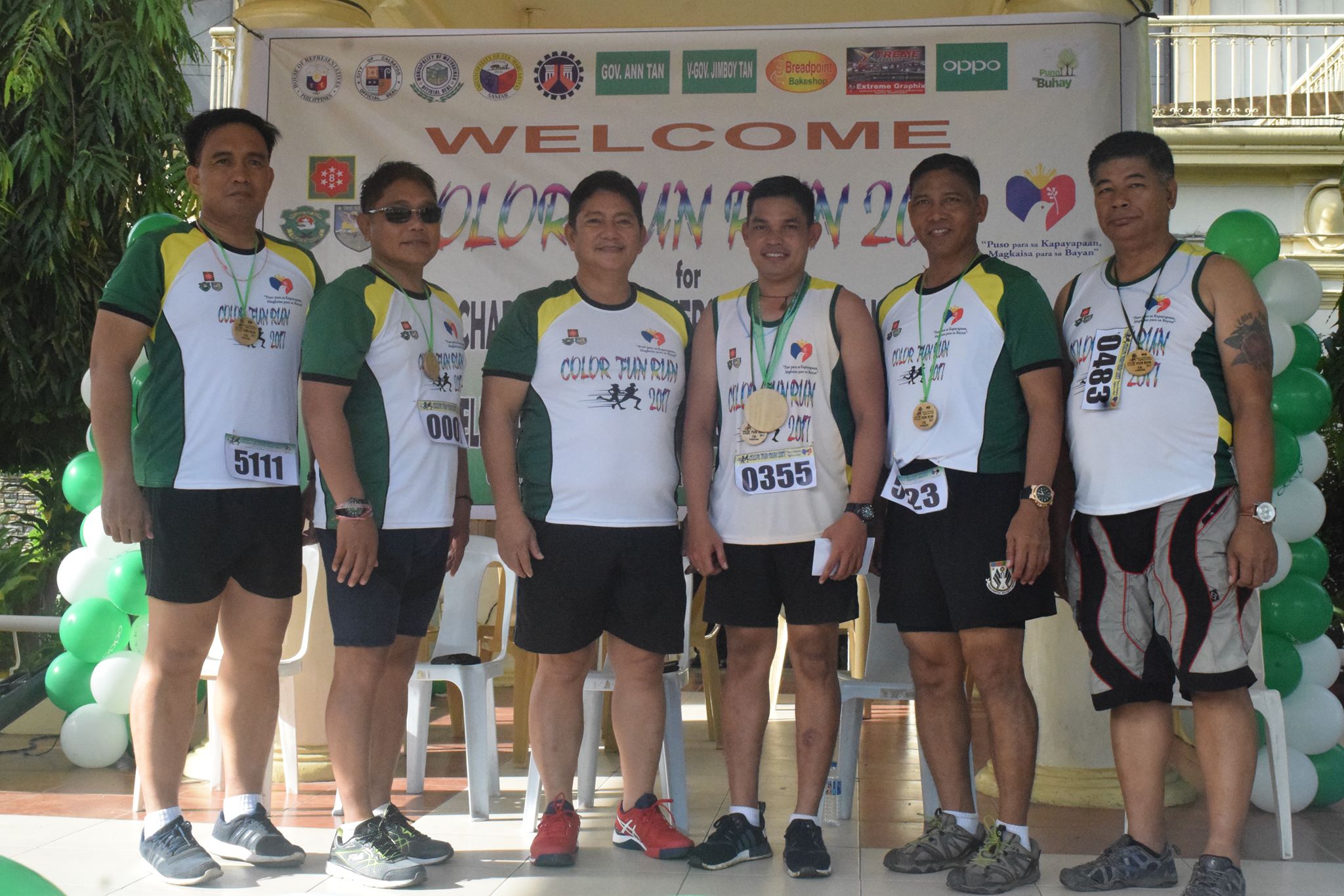 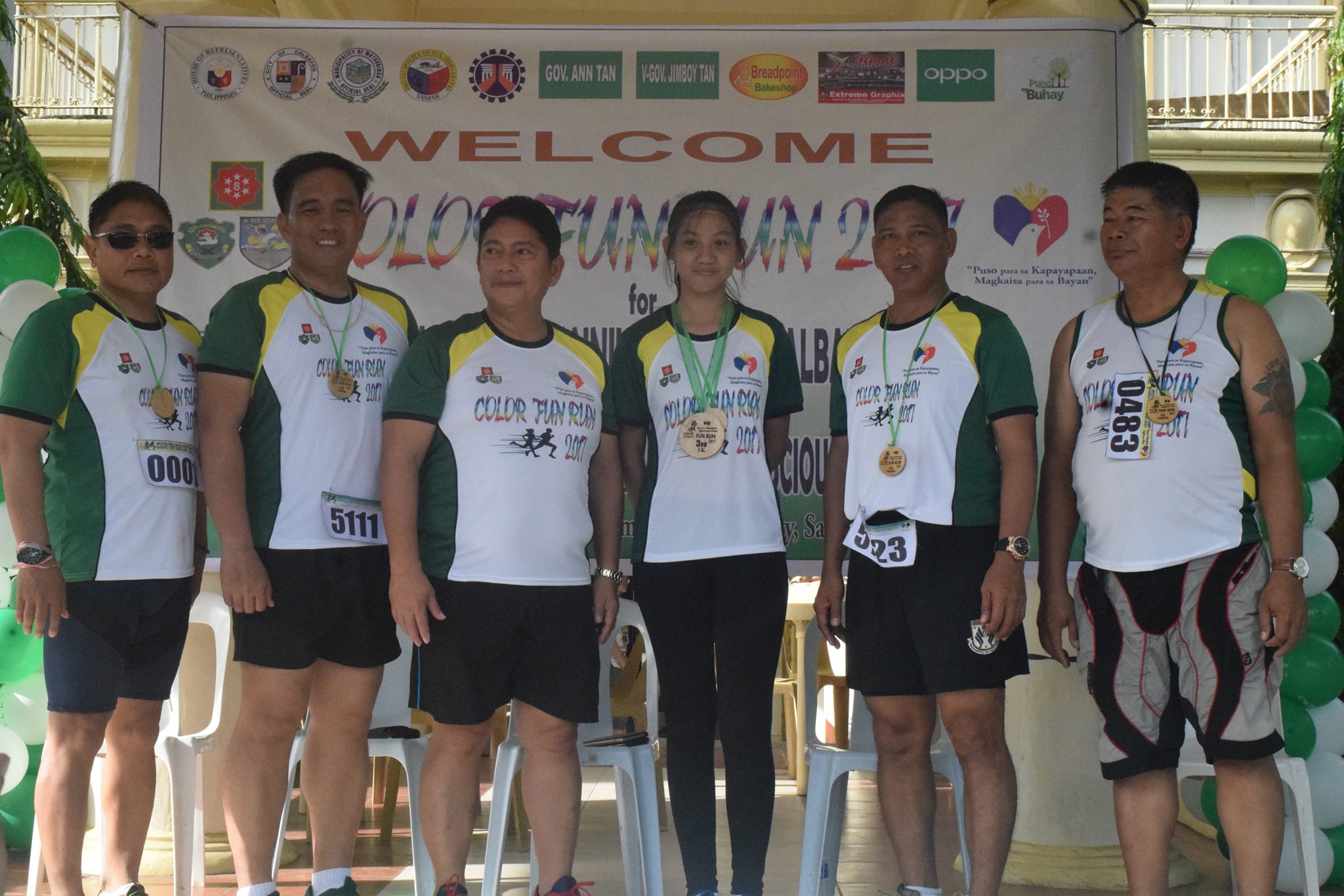 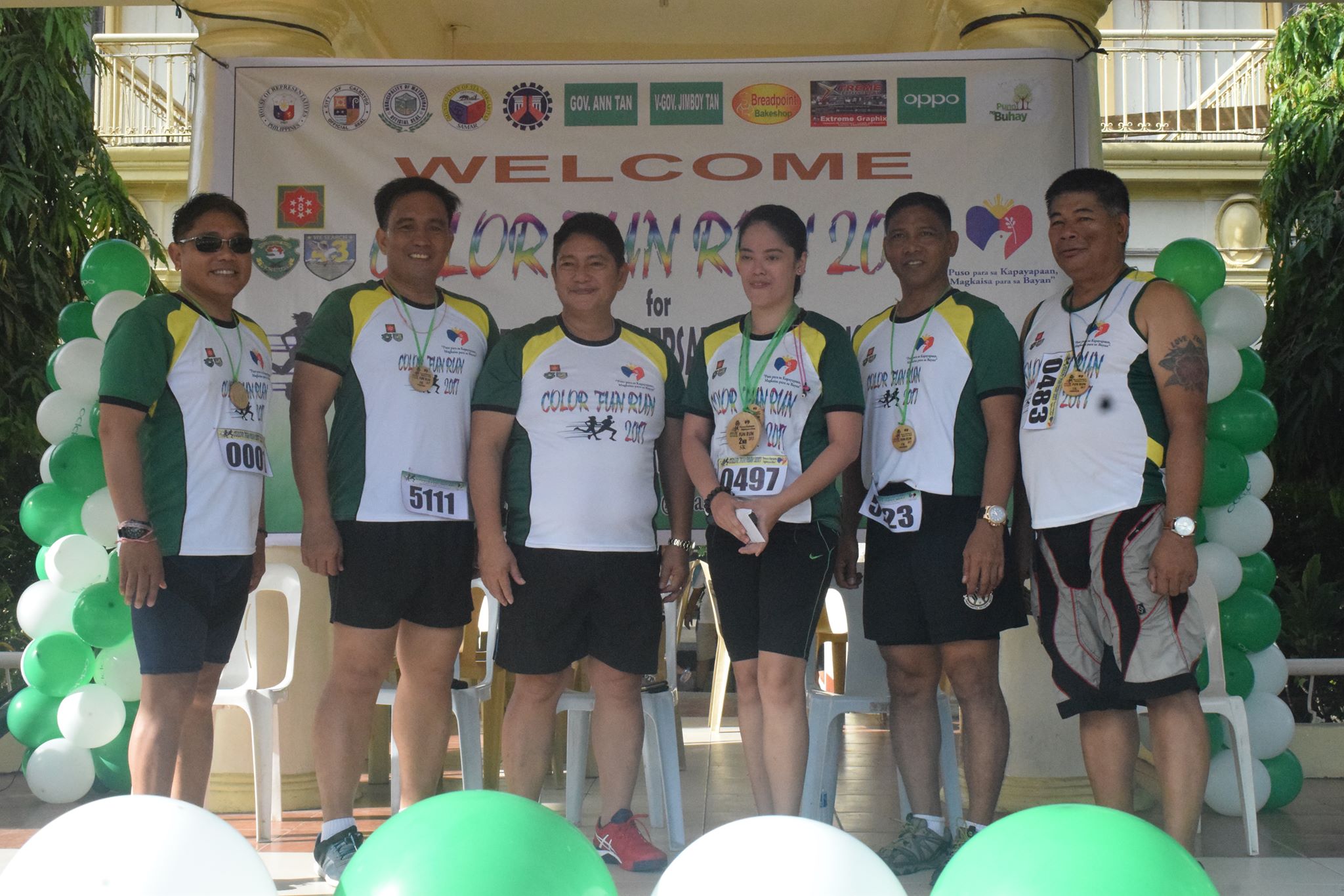 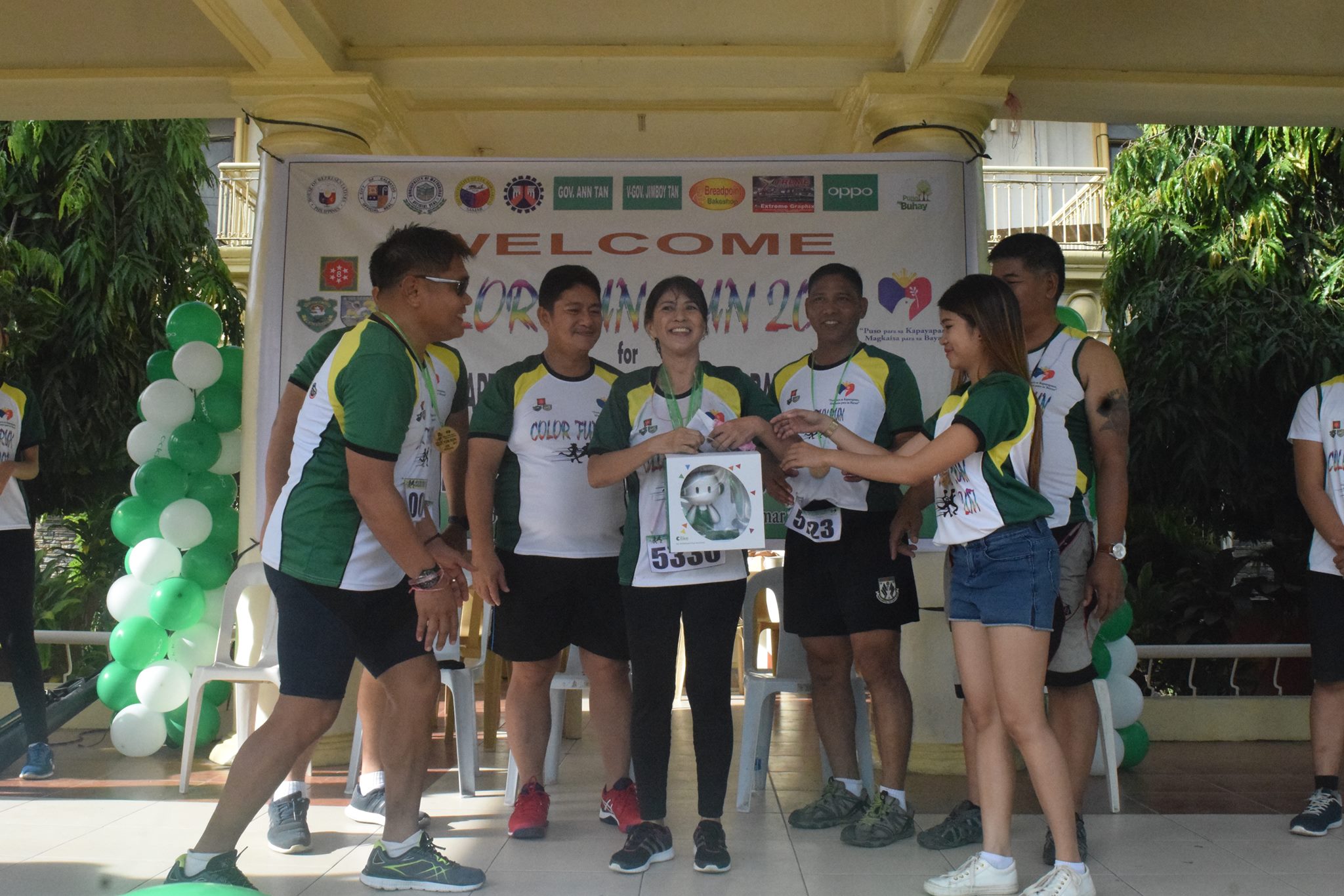 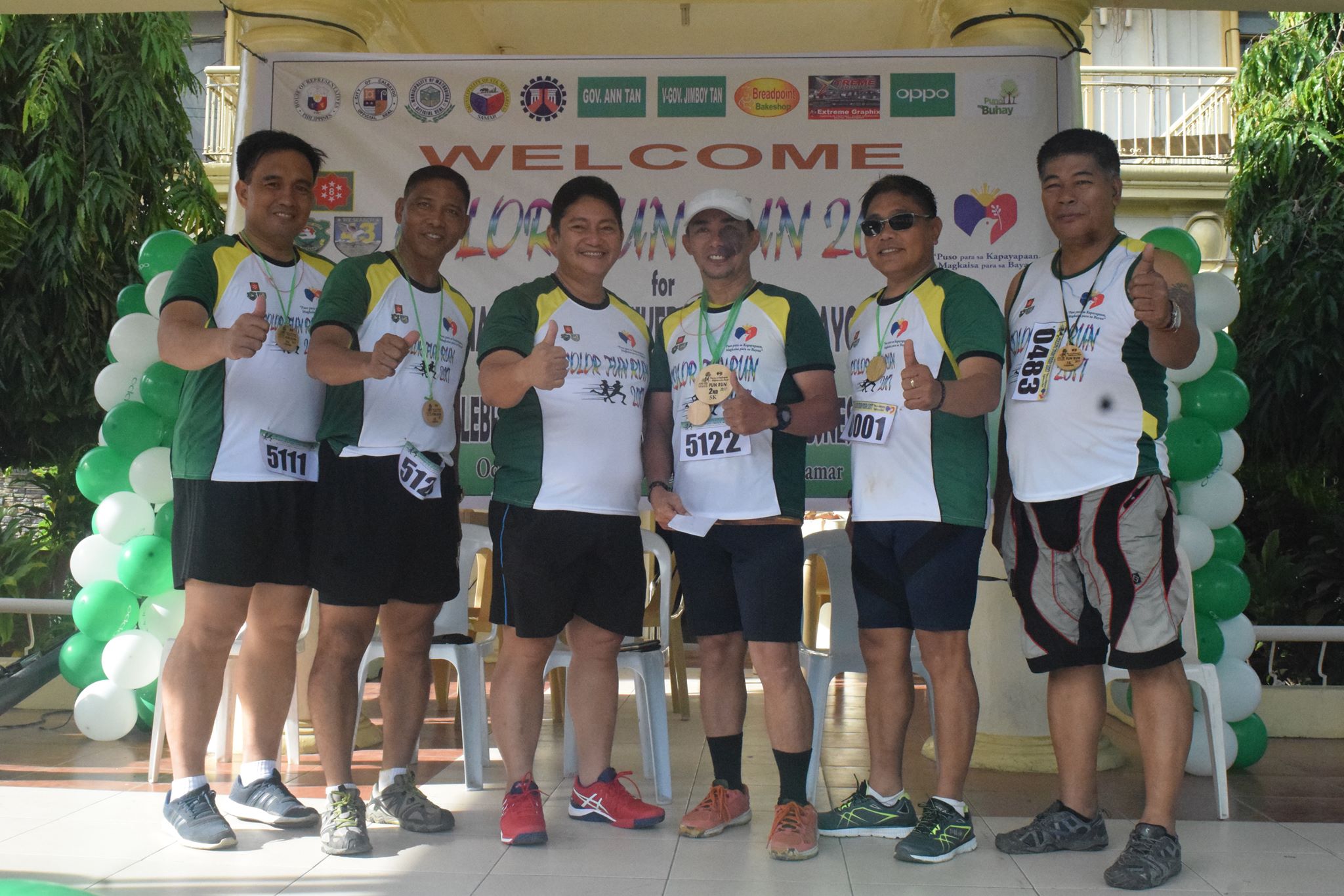 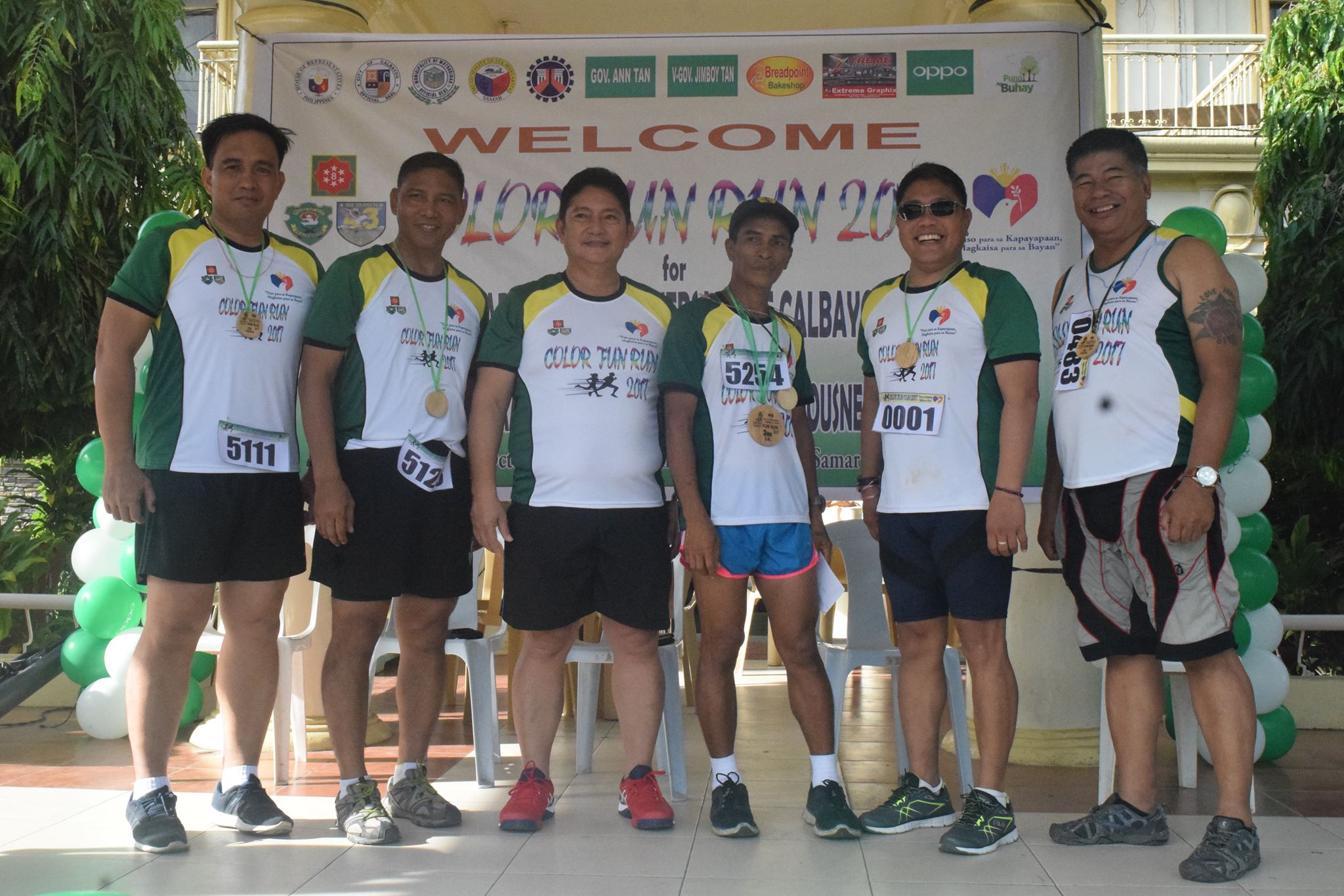 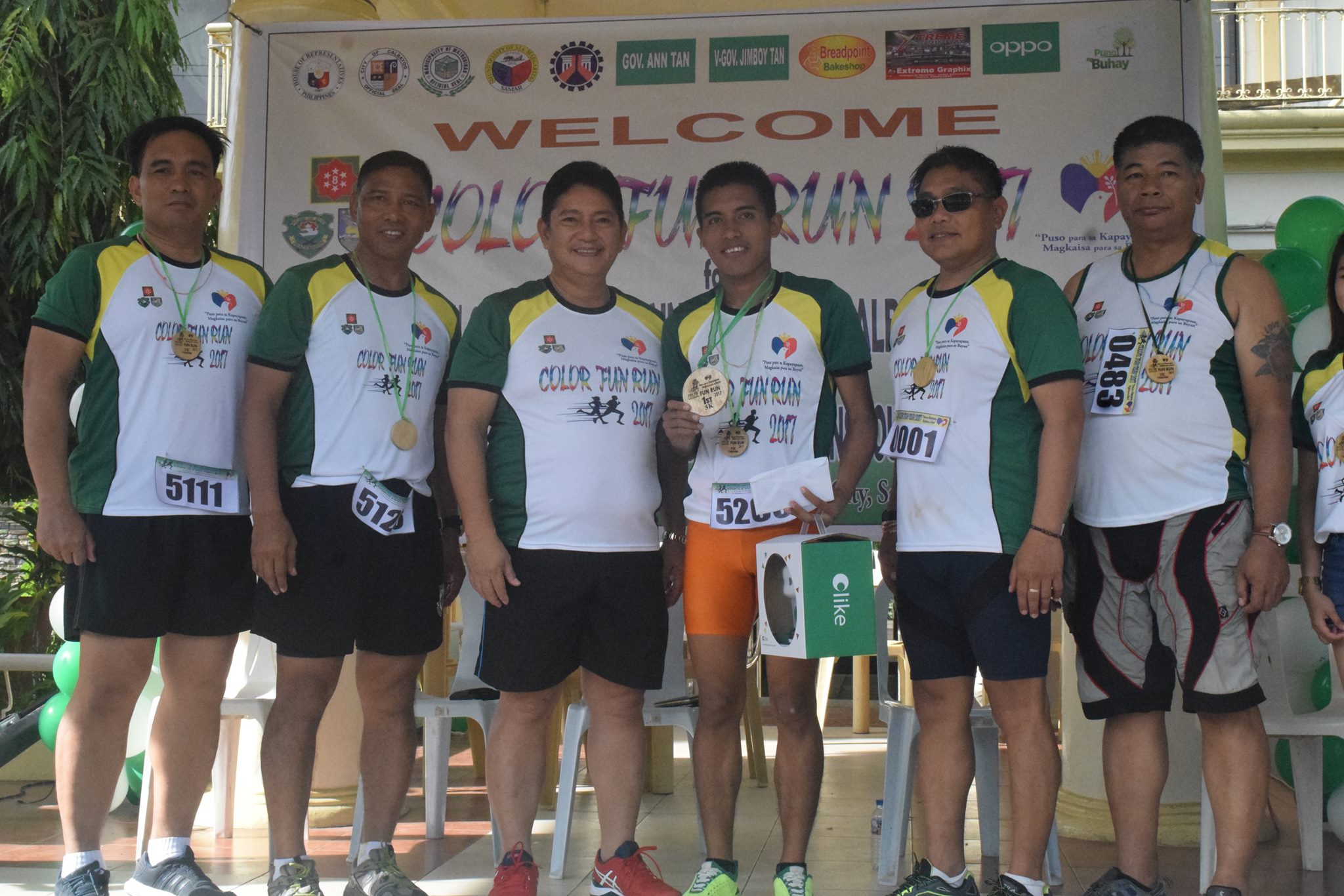 Information from the core group of the Color Fun Run organizers revealed that prizes and awards were not announced to the runners. Runners were informed only about the Tshirts as freebies. Neither was anything mentioned about the medals for each participant. 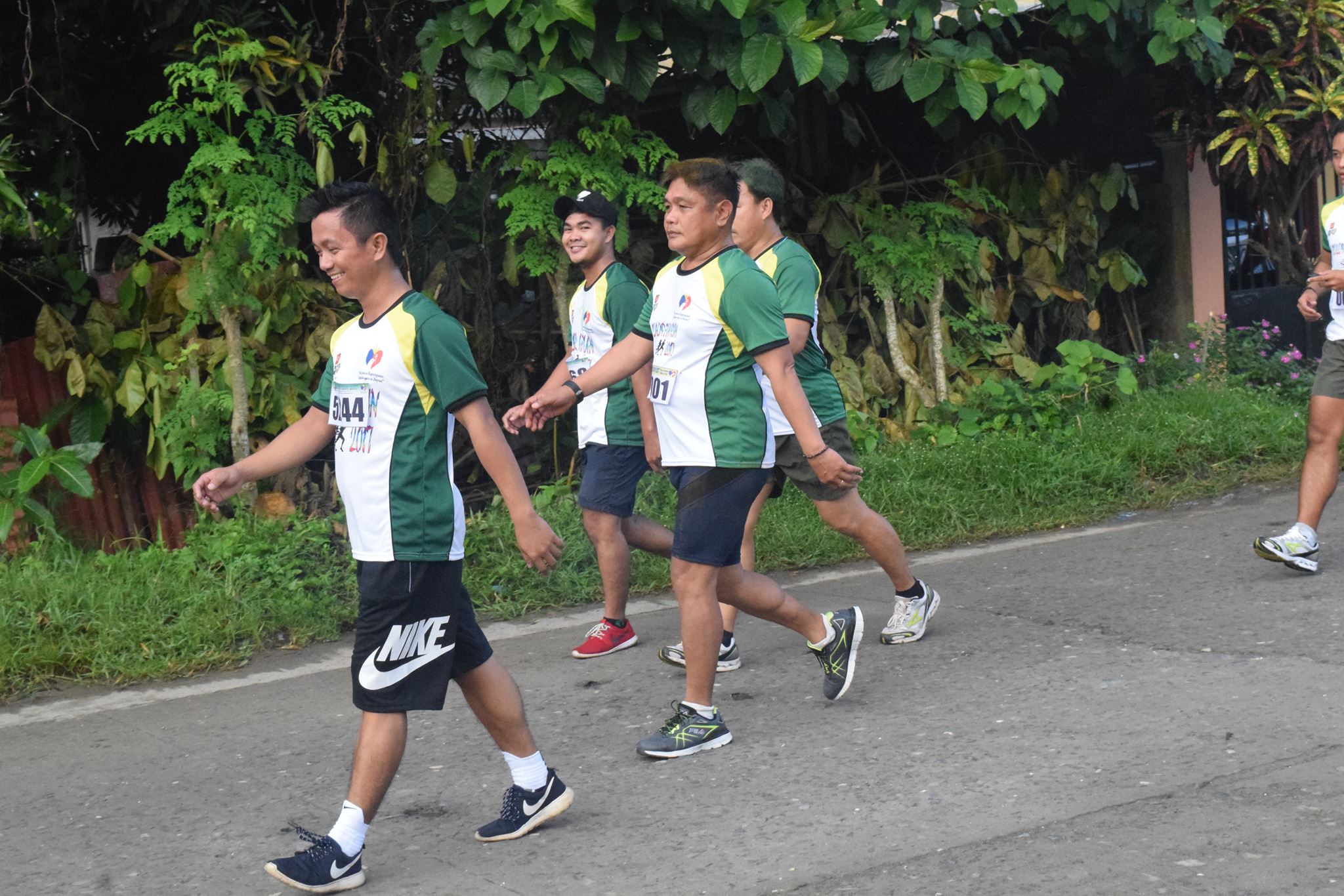 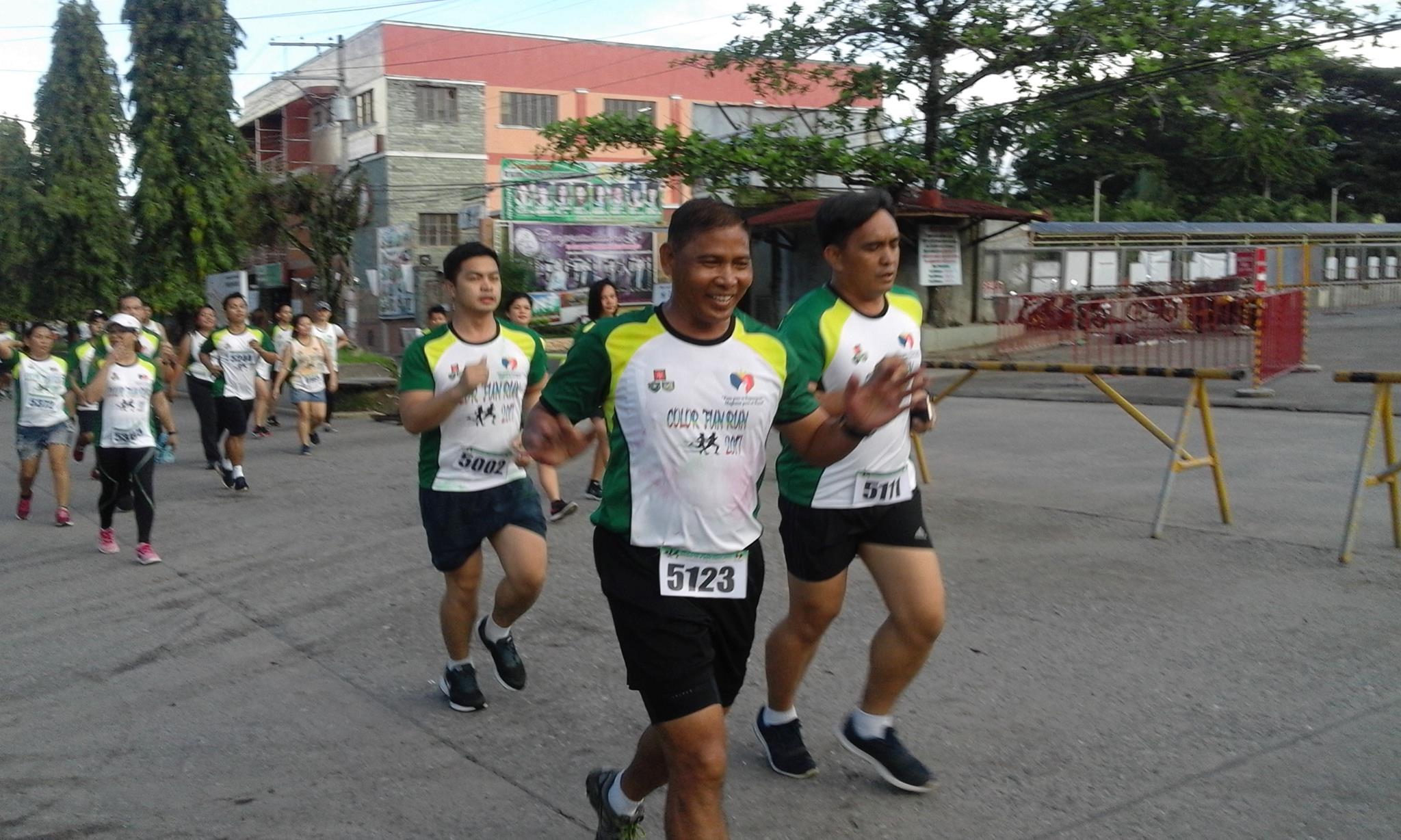 “We are really overwhelmed by the support of the participants and we have high regard to their enthusiasm in running for health and fun.” We have not mentioned any prizes or awards to would-be placers but still they enlisted.” Col. Delgado said in appreciation to the success of the event thru the support of the runners.

Col. Martirez who represented 803rd Infantry Brigade, being its Deputy Commander, said “that the success of the event really lies on the participation of the runners that is a big compliment to the support of the city government is providing for the activities and the endeavors of the Philippine Army for peace.”


Meanwhile, two other separate events during the day highlighted the first day of the Charter Day Celebrations. 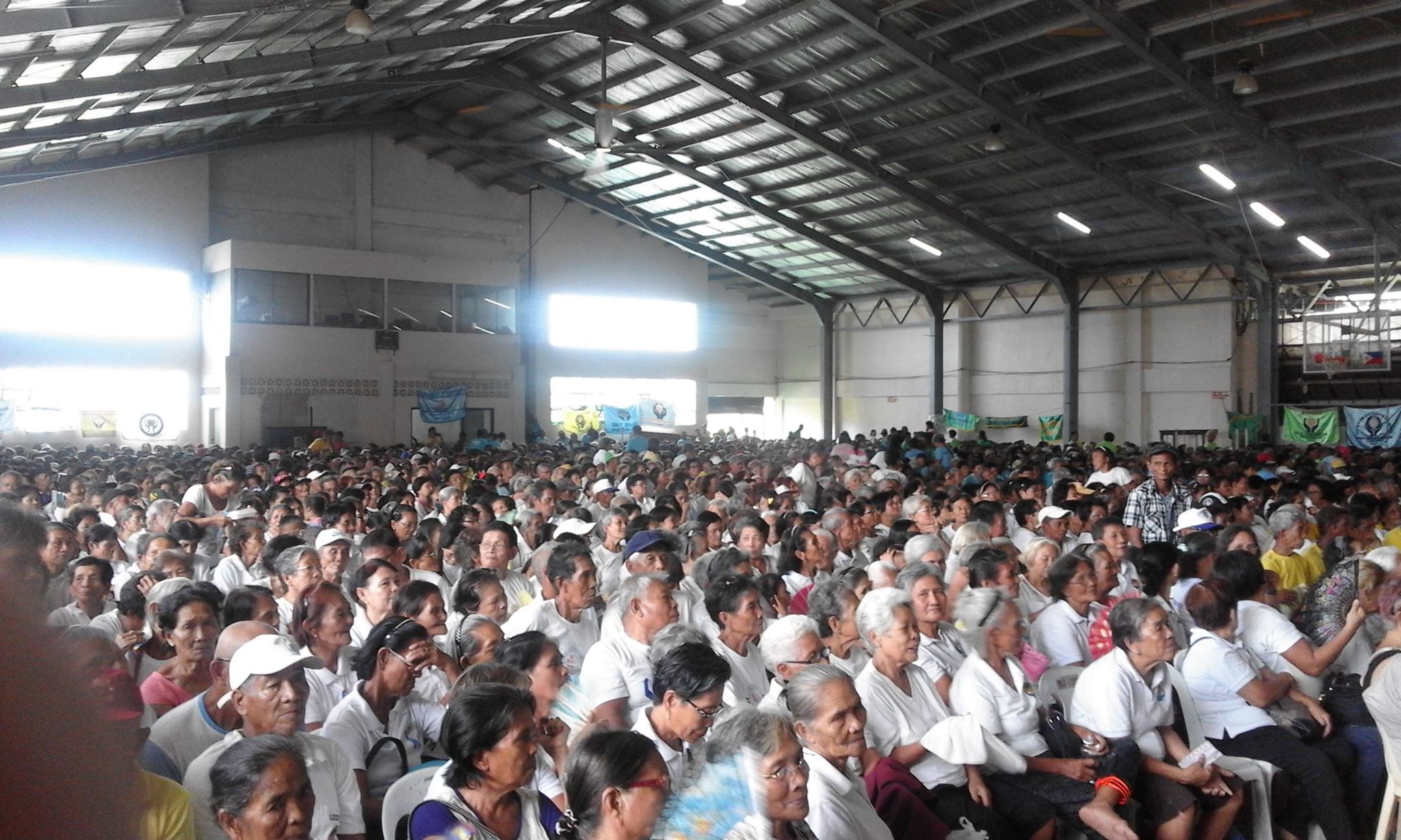 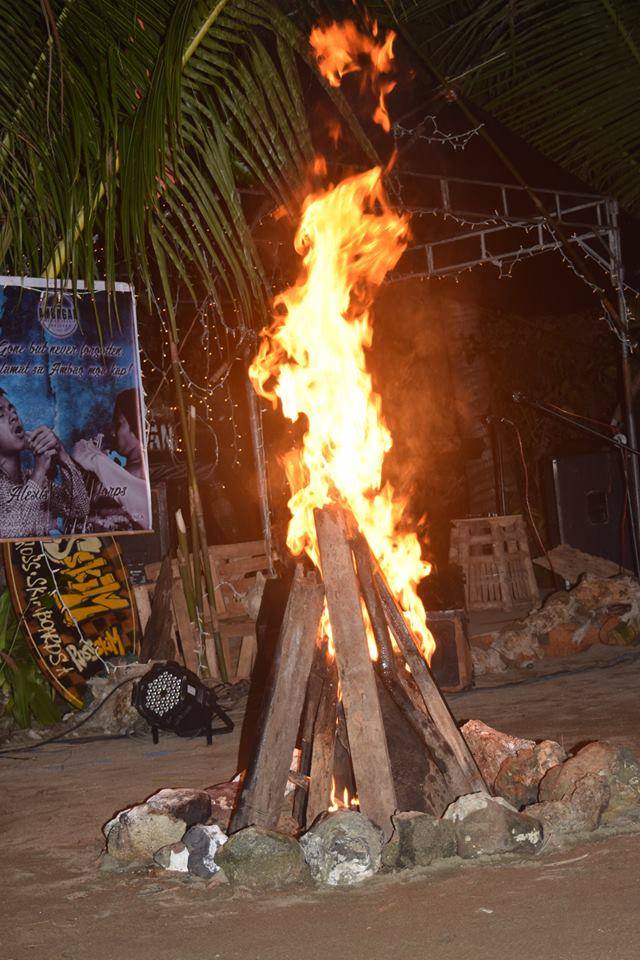 The Elderly Week Culmination activities held at the socio-cultural center of the Northwest Samar State University from midmorning till late afternoon was attended by around five thousand (5,000)Senior Citizens coming from the city’s three districts – Calbayog, Tinambacan and Oquendo.

Capping the day’s event was the Malaya Campfire at a hidden beach in Sitio Ba-ot, Barangay Salhag. It was attended by youth and adults coming from the different places of Samar Island. Still others come from Leyte. The campfire, hosted by Ambagan, was a night of talents and performances. Campers erected tents as shelter for the night. Included in the display of talents were the art works of Mustra Artists in the city.