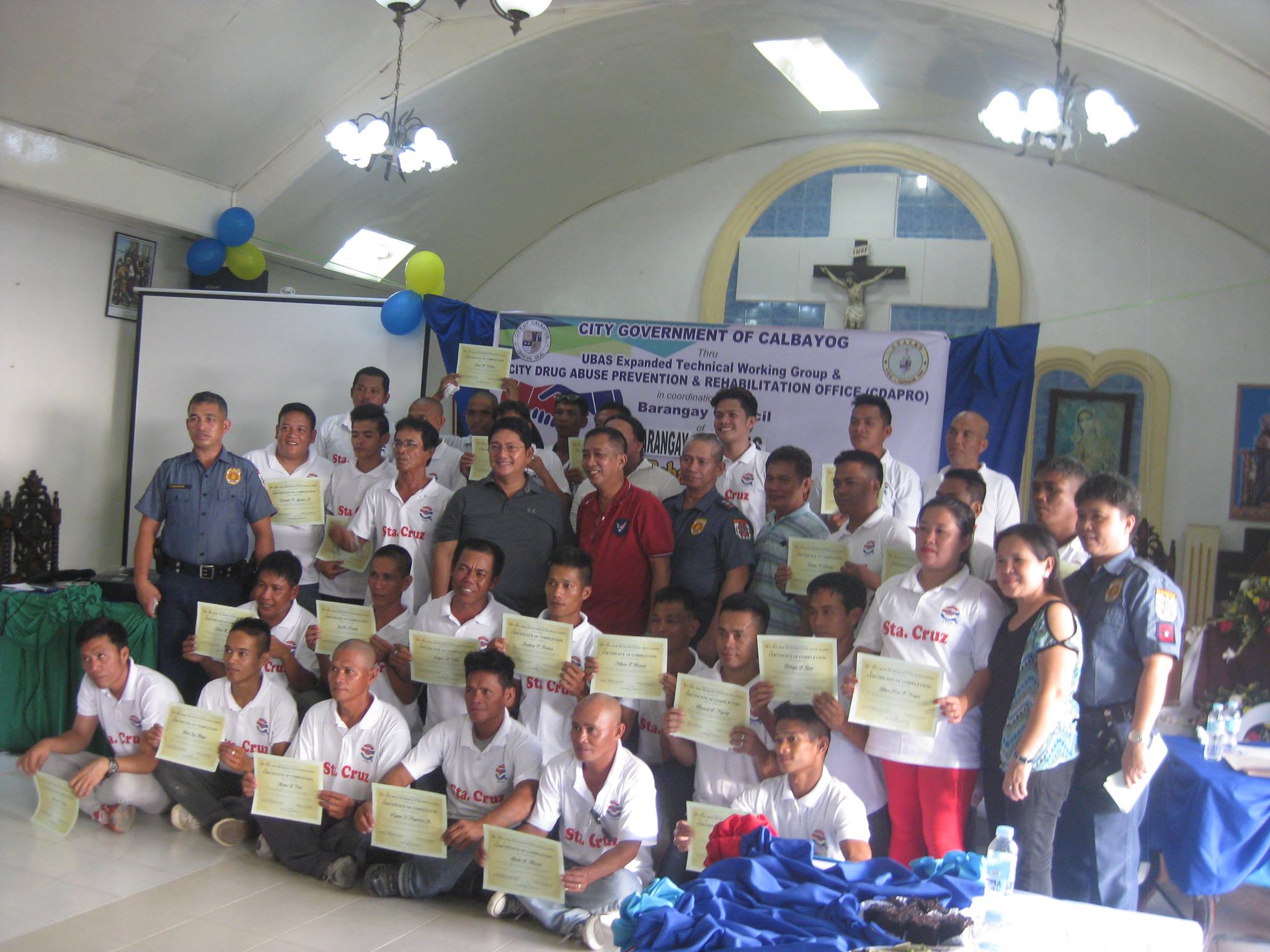 CALBAYOG CITY - Benjie (not his real name), is both excited and nervous. His wife and children, who earlier threatened to leave him now stood by his side. Several months ago, Benjie escaped drug use, evaded the clutches of his posse and his neighborhood’s drug supplier, and quit cold turkey while tending to a small farm in the hinterlands.

Benjie's brother was not as lucky. Refusing to stop peddling illegal drugs despite repeated warnings, he was caught in a buy-bust operation a couple of months back and is now in jail.

Rejoining his family about two months ago, Benjie’s family look proud as he, together with 29 others, graduates from the Community-Based Rehabilitation Program or CBRP for drug surrenderers with a mild to moderate addiction. Theirs was the first batch to undergo CBRP which was piloted in Brgy. Rawis, this City. 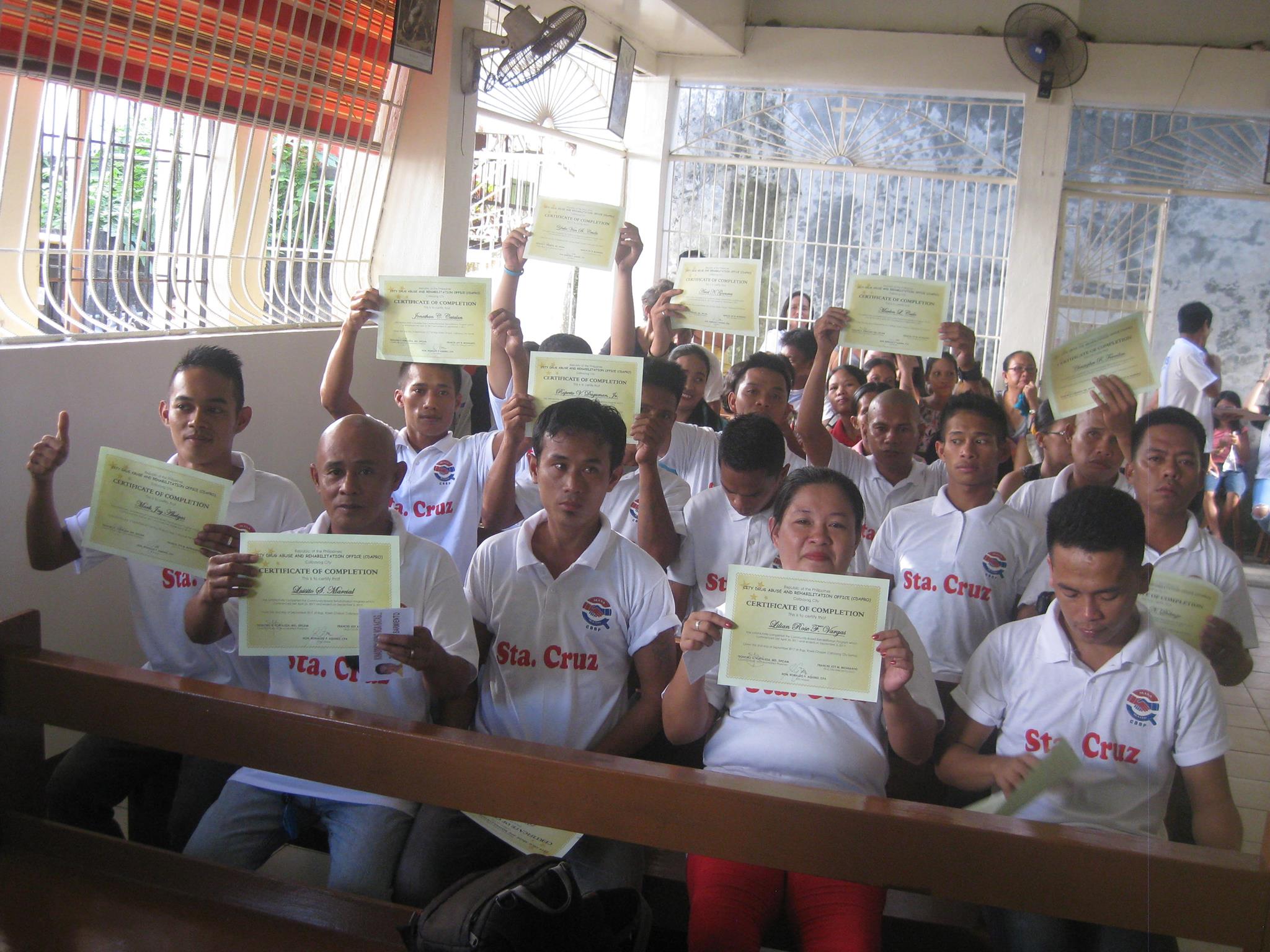 Implemented under the Mamamayan Ayaw sa Anomaliya, Mamamayan Ayaw sa Illegal na Droga or MASA MASID Program and UBAS ( Ugnayang Barangay at Simbahan) of the Dept. of Interior and Local Government, the program aims to encourage partnership between the church and the communities in taking a proactive stance in the government’s fight against corruption, illegal drugs, and criminality. 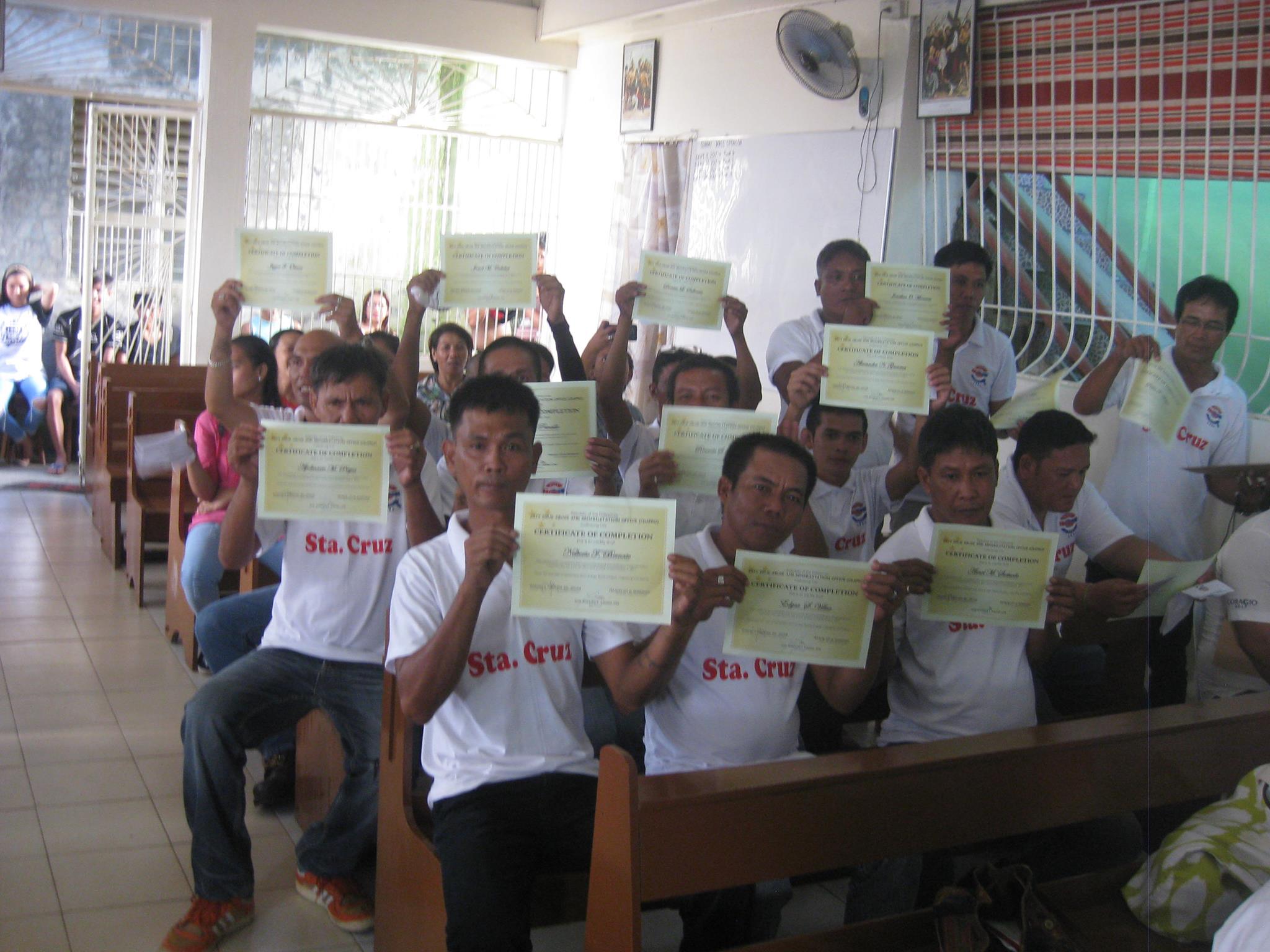 With Dr. Teody Fortaleza and his staff from the City Drug Abuse Prevention and Rehabilitation Office (CDAPRO) spearheading and guiding the different sessions, other local government agencies and civil society organizations came in to provide both moral support and inputs to the different sessions. In between, the participants undergo several random drug testing which, according to Dr. Fortaleza, all came out negative from illegal drug use.

On their graduation day, City Mayor Ronaldo Aquino was all praises for the graduates who are now called “CBRP-Sta. Cruz,” (the Holy cross being the patron of Brgy. Rawis). He extolled them on their guts and strength of character to veer away from drugs, for voluntarily submitting themselves to the program and religiously attending and actively participating in the sessions. Together with Samar 1st Congressman Edgar Mary Sarmiento who was represented during the ceremonies by City Councillor Charlie Coñejos, they each gave away Php 1,000.00 to each graduate as an incentive, and Aquino even offered them to avail of the city’s on-going Cacao Plantation Program as a livelihood opportunity. 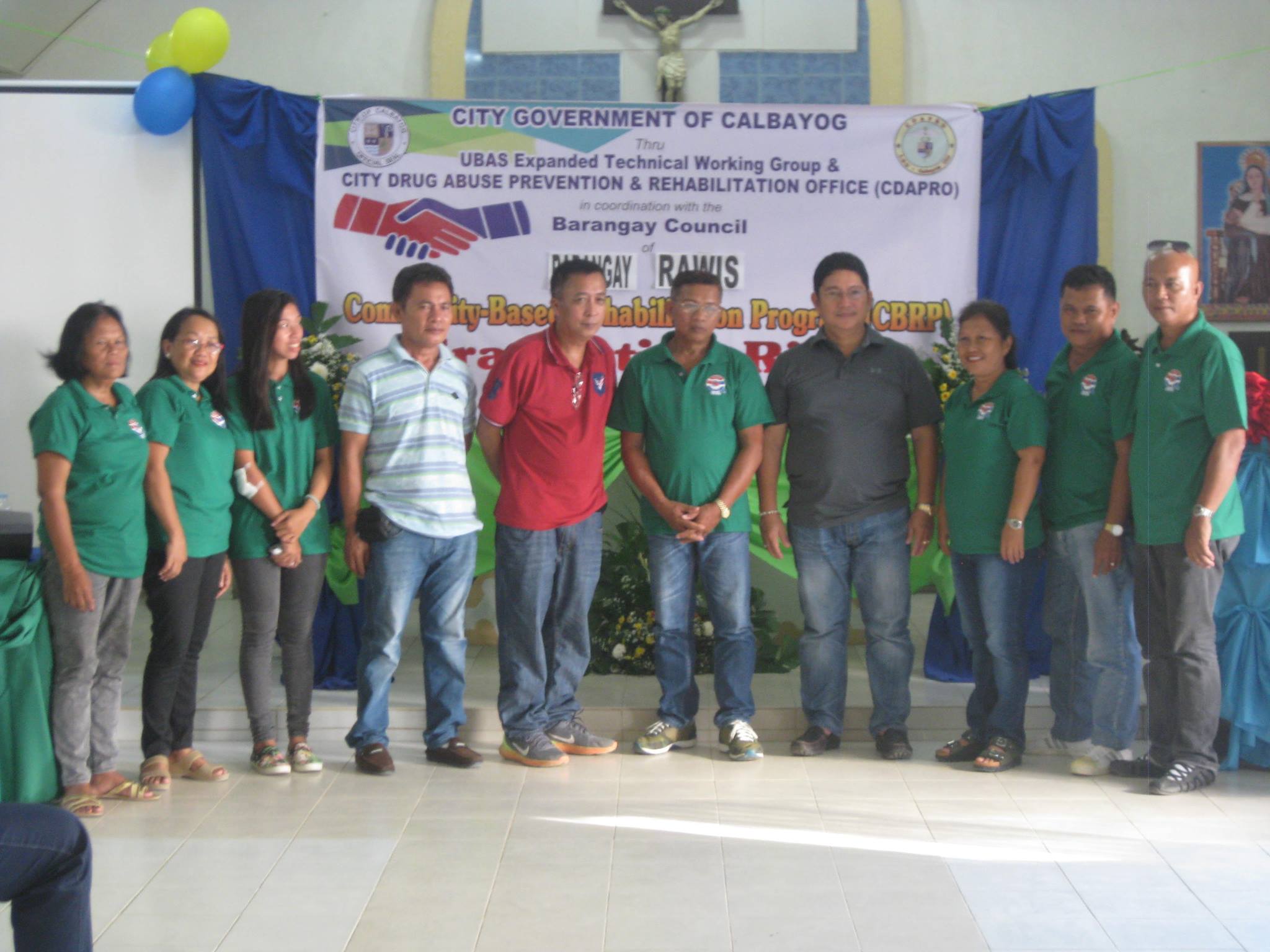 So, after the graduation, is this the end of the program for the CBRP graduates? Dr. Fortaleza said “no.” He says the graduates will still undergo post-rehab activities and monitoring, just to make sure that they don’t go back to illegal drugs.

As for Benjie, he’s just glad that he’s back with his family, and free from illegal drugs. The challenge for him, right now, he says, is to stay clean, and hope that the “supplier” won’t come again. And look for a job or a livelihood opportunity so he can help his wife who became the family bread-winner during those dark moments of his life. .. ( CJ/ELEEN LIM)