ARMED MEN TERRORIZED VILLAGE RESIDENTS DURING SHOOTING SPREE; KILLED ONE OF THEIR OWN 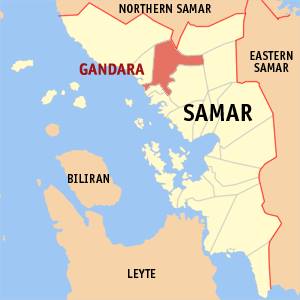 GANDARA, SAMAR – A shooting spree by armed men killed one of their own and terrorized residents of an outskirt village here in the afternoon of April 12, 2019.

A group of about 13 to 20 men all armed with high-powered rifles, arrived at Barangay San Antonio, Gandara, Samar at around 4PM, and without known provocation from anybody started firing and shooting at an area where houses of village officials are known to be located.

Killed during the incident, Zosimo Casaljay, is a member of the group – an armed participant in the shooting spree. He sustained bullet wound in the head that caused his instantaneous death. Allegedly, the bullet that hit Casaljay came from one of the attacking armed men.

Casaljay is wanted for Murder. A Warrant of Arrest in CC No. 17-0828 was standing having been issued by [now retired] Judge Feliciano Aguilar, [then] Presiding Judge of Branch 41, Regional Trial Court of Gandara, Samar.

Village officials [Village Chieftain Ramon Corocoto and Village Councilor Imelda Calagos y Loberando] as well as residents [Maria Caillo and Arjay Caillo] who were inside respective houses came out unharmed having managed to seek and cringe for cover when the armed group indiscriminately fired at the residential area.

In one of the reports, Village Chieftain Corocoto appealed to the government for the protection of constituents and the village as he informed that as a result of the incident, around 40 residents who feared for their lives decided to leave the village and has sought refuge in downtown Gandara.(CJ)