Story By JOSEPHINE MENDOZA
Photos not of Calbayog Journal

CALBAYOG CITY - Acting Presiding Judge of RTC Branch 32, Hon. Cicero Lampasa issued Warrants of Arrest against 9 police officers in the Murder of Calbayog City Mayor Ronaldo P. Aquino, his driver, police escort and one other among those on-board a private vehicle while enroute to their residence.

Another Warrant of Arrest is also issued against the same group of police officers in a Frustrated Murder on the Mayor's personal assistant who is the lone survivor in the Mayor's vehicle.

PLt. Col. Teodulfo Manatad III told Calbayog Journal that they are now on the process of verifying the whereabouts of the accused so that immediate arrest operations can be activated. 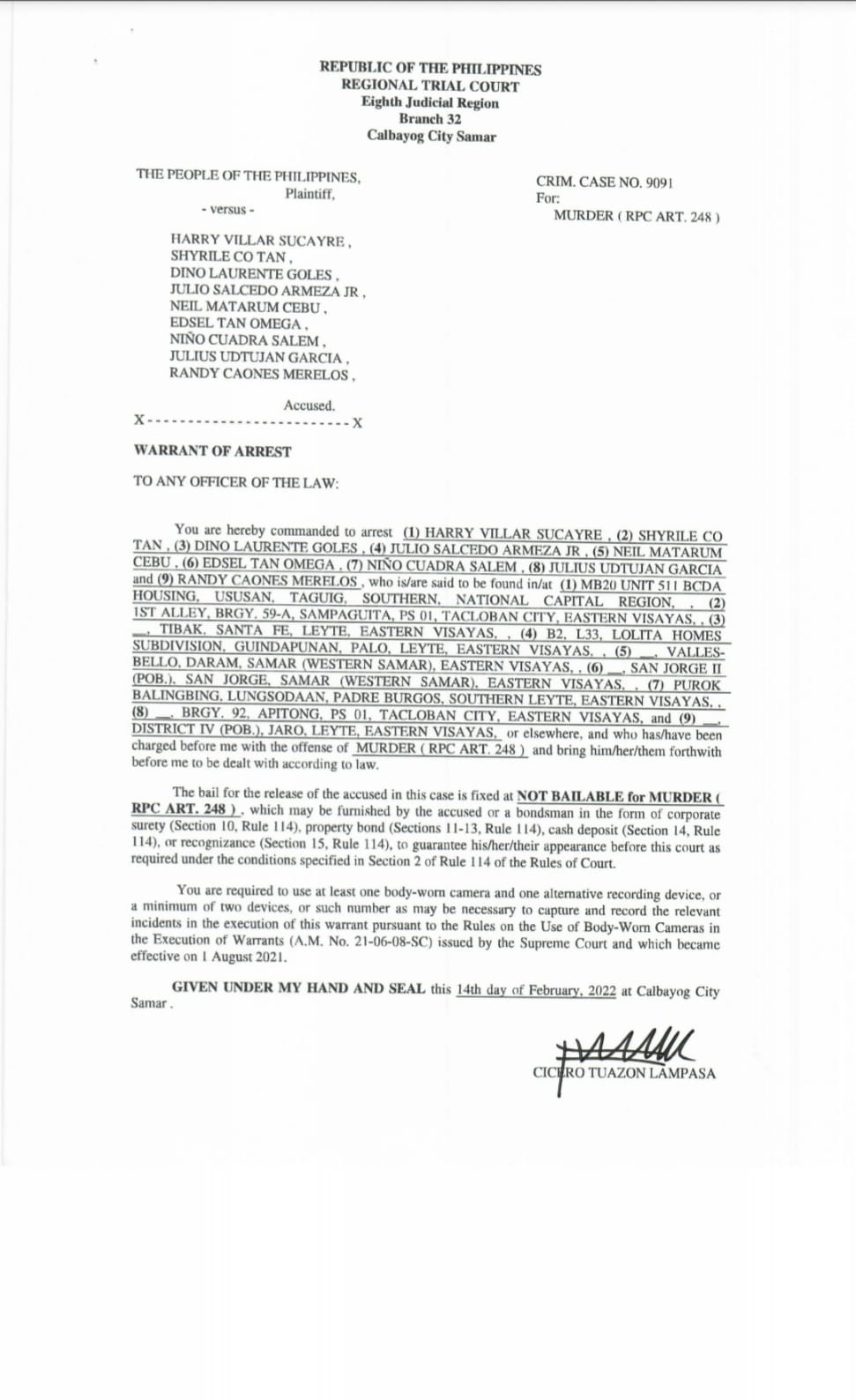 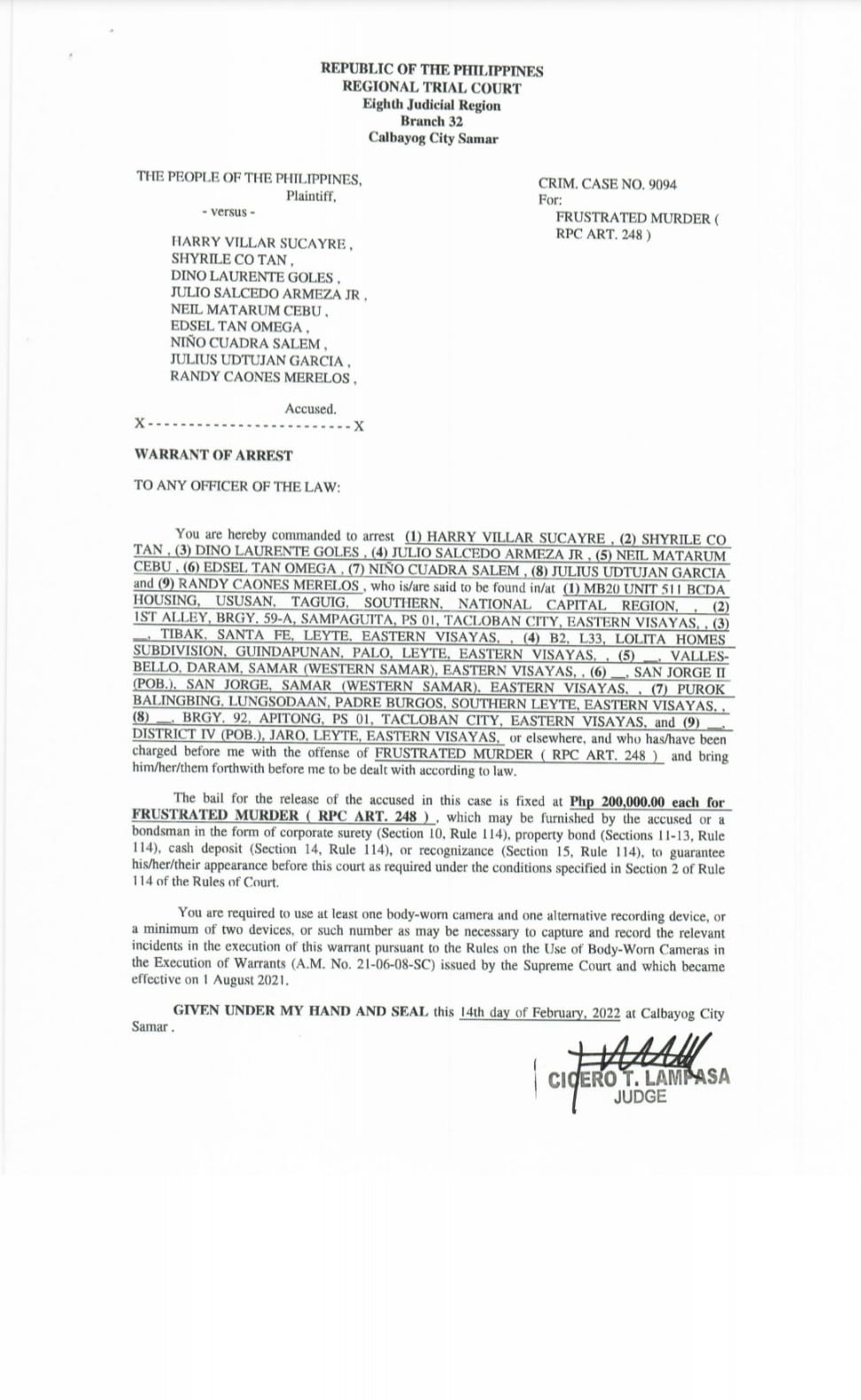 Subjects in both Warrants of Arrest are as follow:

The Information was filed by the Department of Justice on February 8, 2022 and was raffled off to the sala of Judge Lampas on February 10, 2022, following the DOJ's Joint Resolution promulgated on January 19, 2022 finding proba le case, thus recommending to file cases against the above named policemen.

It can be recalled that, then PNP Director General Guillermo Eleazar signed for the dismissal of 4 of the herein accused, namely Sucayre, Tan, Omega and Cebu, for grave misconduct and grave irregularity in the performance of duty relative the ambush of Mayor Aquino. The dismissal was signed in November 8, 2021.(CJ/JMM)