Story and Photos By ELEEN LIM 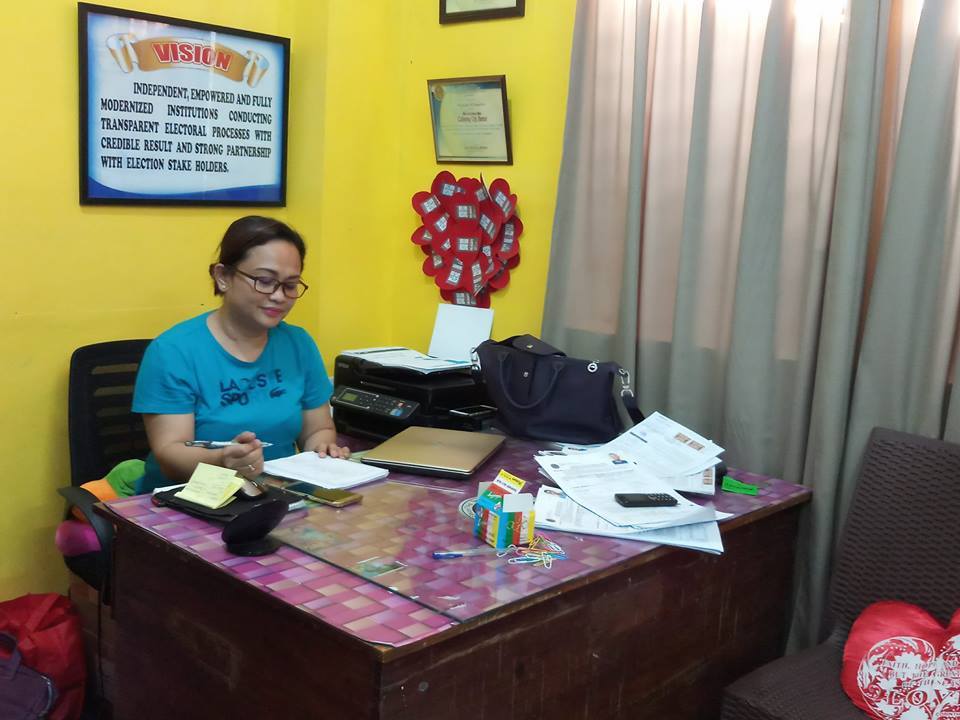 (Acting City Election Officer DAINTY CALAGOS answers questions during the interview by the writer.)
CALBAYOG CITY – Four thousand two hundred forty-six (4,246) aspirants filed Certificates of Candidacy (COC’s) during the eight-day filing period from May 14 to 20, for the 2,506 Barangay (village) and Sangguniang Kabataan (SK) positions up for grabs in the May 14, 2018 elections.

Data obtained from the City Election Office thru Acting City Election officer Dainty Calagos reveals that it is still a man’s world, judging by the gender numbers.

Similar gender proportions are seen for Sangguniang Kabataan (Youth Council) candidates. There are 167 male and only 102 female candidates. For the 1,469 aspirants for youth councilors (or SK Kagawad), 802 are male with female candidates recorded at only 667. 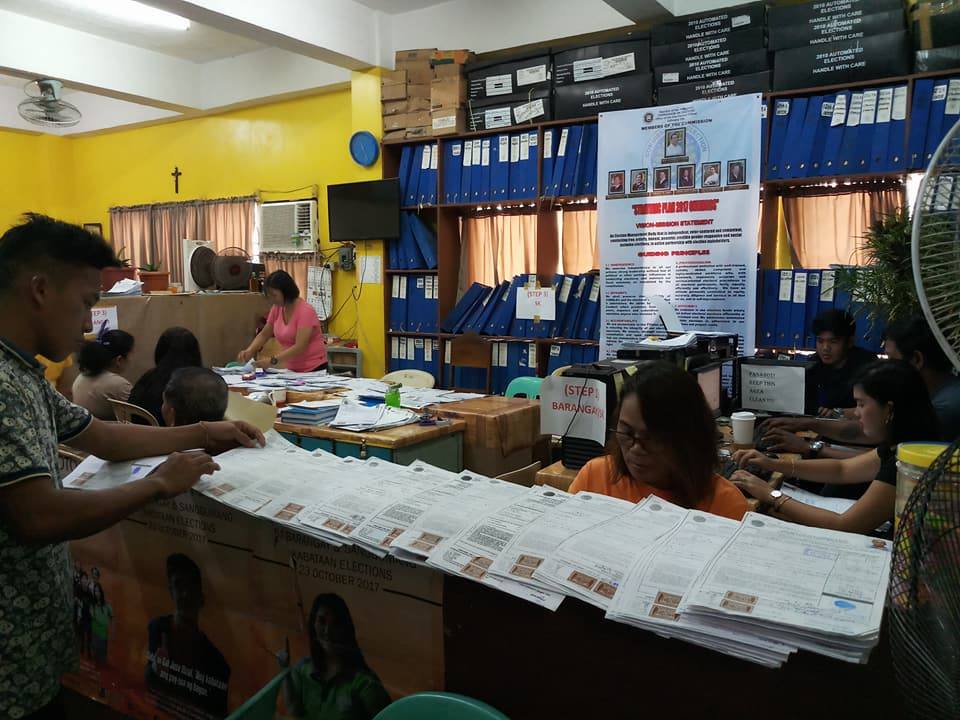 (Calbayog City COMELEC employees busy themselves in the segregation of COC's during the extension day for filing of COCs.)
UNOPPOSED: 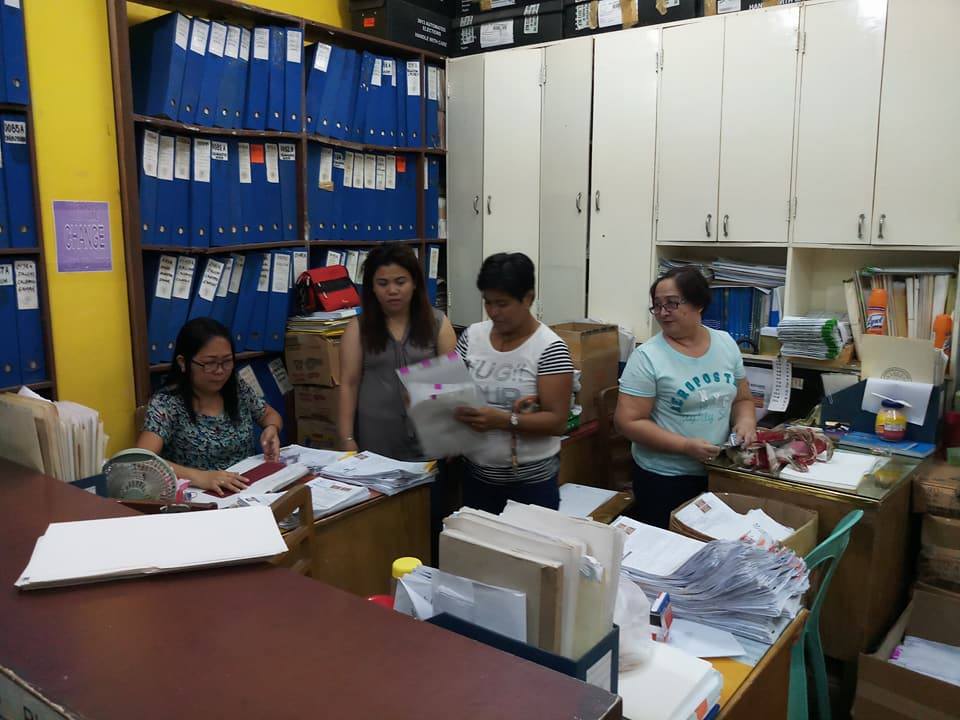 (Calbayog City COMELEC employees as they finalize tabulations as to the number of candidates and gender proportions both in the Barangay and SK level.)
While Calbayog District has the most barangays with unopposed candidates for Punong Barangays, Oquendo District, on the other hand, has the most number of barangays with candidates for SK Chairperson running unopposed. These are Cabugawan, Caybago, Libertad, Mabini 2, Lungsob, Mag-ubay, Mantaong, Mawacat, Panoypoy, San Isidro, and Nabang and Tinambacan District having 3, namely Amampacang, Bantian and Cangomaod.

As of 7:00 PM of April 21, 2018, only 2 barangays so far, in Calbayog District have candidates for SK Chairperson with no opponents such as in Dagum and Central. As of press time, segregation of COC’s are still on-going leaving statistics still subject for finalization.

Ms. Calagos describes the filing of COCs to be generally peaceful and orderly with only 24 candidates filing COC’s on the date allotted for extension. (CJ) 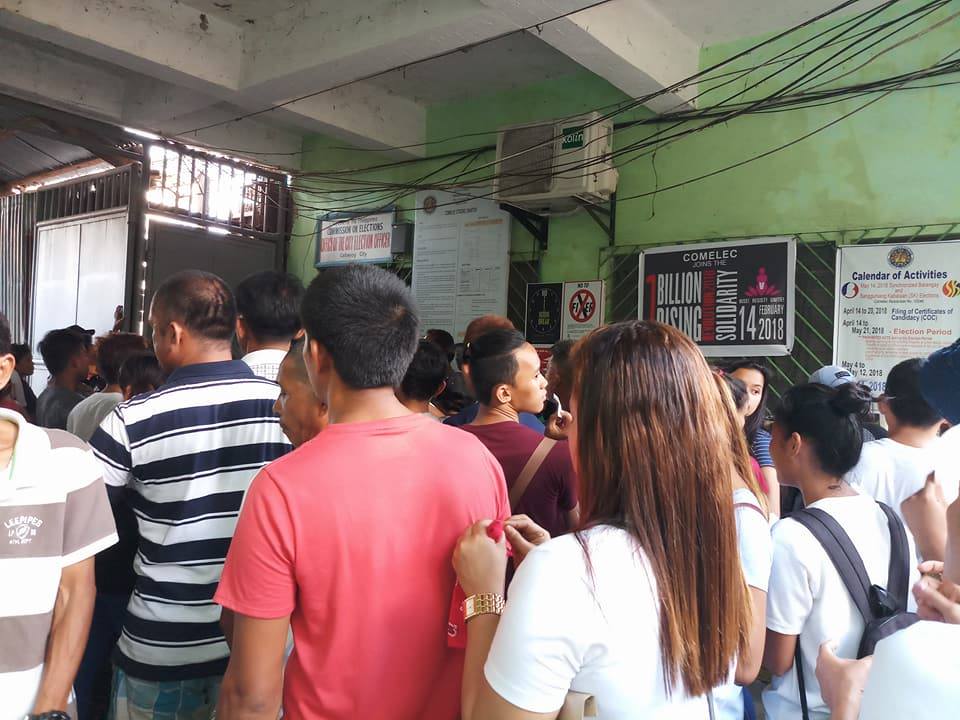