BBM GETS FULL SUPPORT FROM RETIRED MILITARY AND POLICE OFFICERS 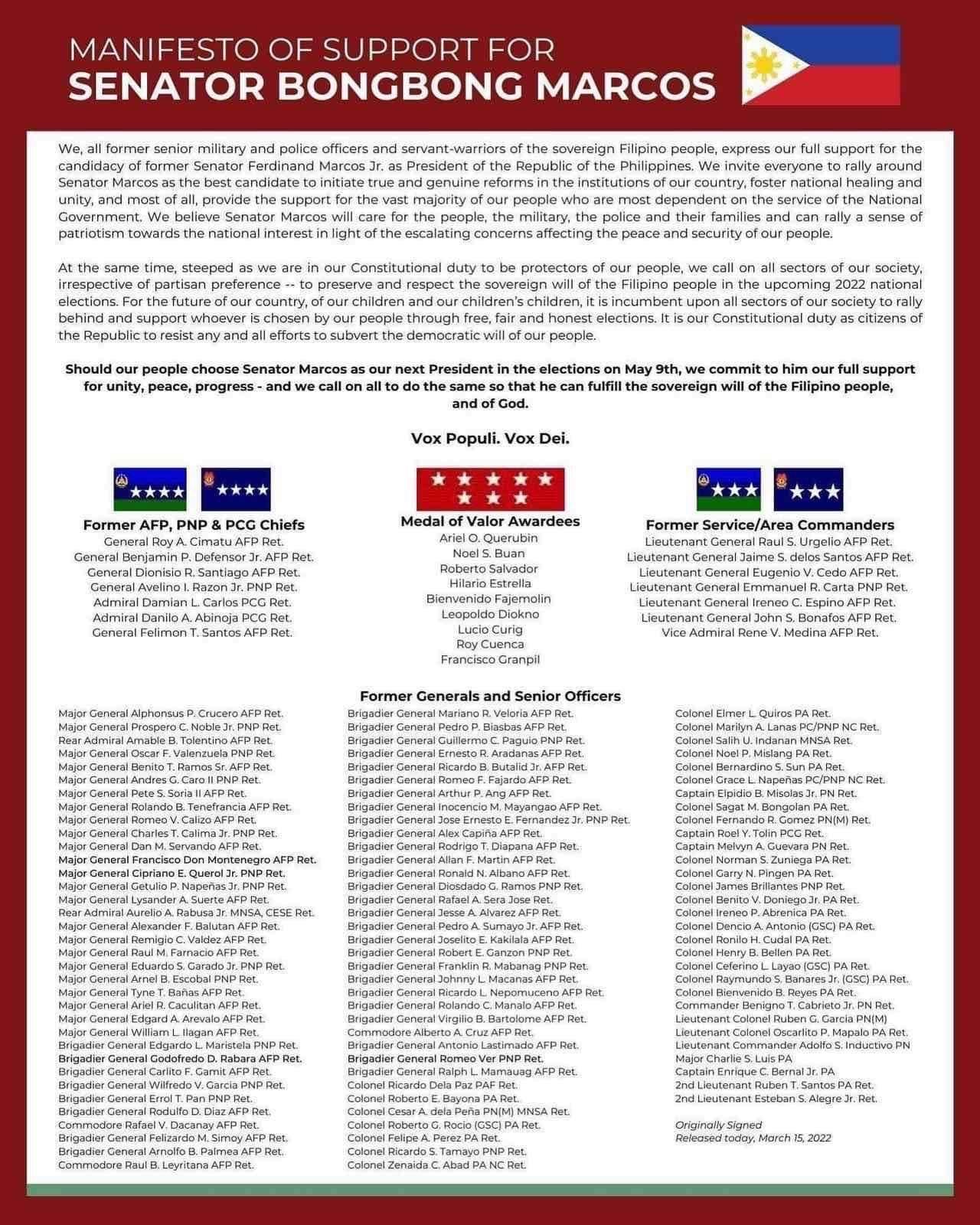 Former Senator Ferdinand “Bongbong” Marcos is assured of support from retired military and police officers in his bid for the presidential post come the May 09, 2022 elections.

Fully believing that Marcos is the best candidate who can implement “genuine reforms, foster national healing and unity, and most of all, provide the support for the vast majority of the Filipino people who are most dependent on the services of the national government,” the retired officials invite the people to rally around the former Senator.

The retired military and police officers further expressed strong belief that BBM will care for the people, the military, the police and their families and can rally a sense of patriotism towards the national interes in light of the escalating concerns affecting the peace and security of the Filipino people.

Further, the manifesto called upon all sectors of society, irrespective of partisan preference, to preserve and respect the sovereign will of the people in the upcoming 2022 elections.

“For the future of our country, of our children and our children’s children, it is incumbent upon all sectors of our society to rally behind and support whoever is chosen by our people through free, fair and honest elections,” the Manifesto stated.

Further, the Manifest emphasized that “it is our Constitutional duty as citizens of the Republic to resist any and all efforts to subvert the democratic will of our people.”

In closing, the Manifesto stated that the retired military and police officers commit full support for unity, peace, progress thereby calling on all to do the same for BBM to fulfill the sovereign will of the Filipino people “should our people choose Senator Marcos as our next President in the elections on May 9th.