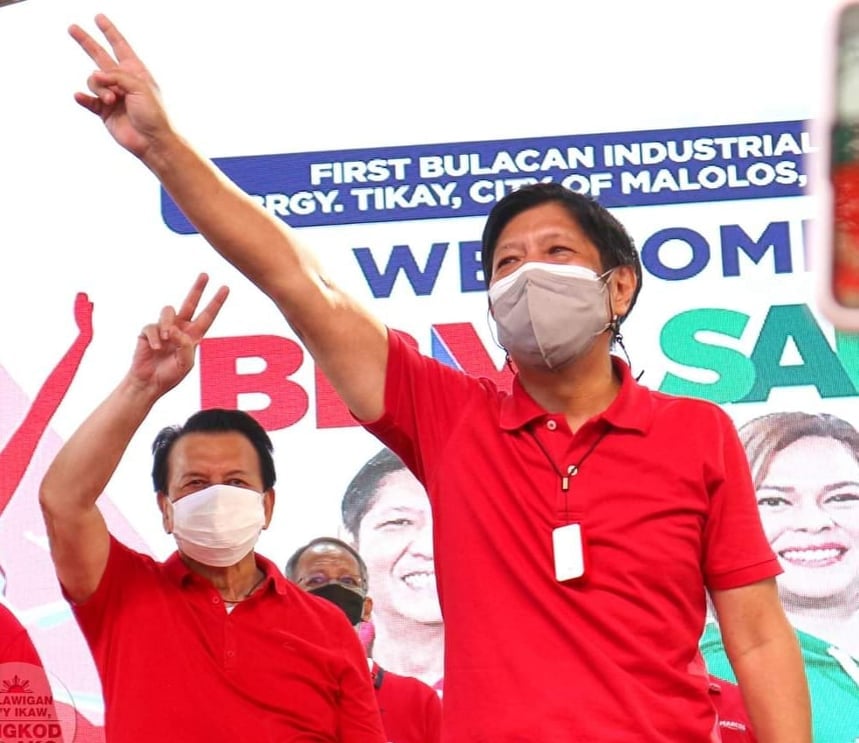 Incumbent Vice Governor Wilhelmino Sy-Alvarado of Bulacan is highly confident that presidential frontrunner Ferdinance ‘Bongbong’ Marcos Jr., would win handily in the province in the scheduled May 9, 2022 elections.

On Tuesday morning, Marcos was with his running-mate Inday Sara Duterte and the UniTeam Senate slate in a rally in Guiguinto, Bulacan.

The province of Bulacan is the 5th vote-rich province in the upcoming 2022 elections, with 2,007,523 registered voters.