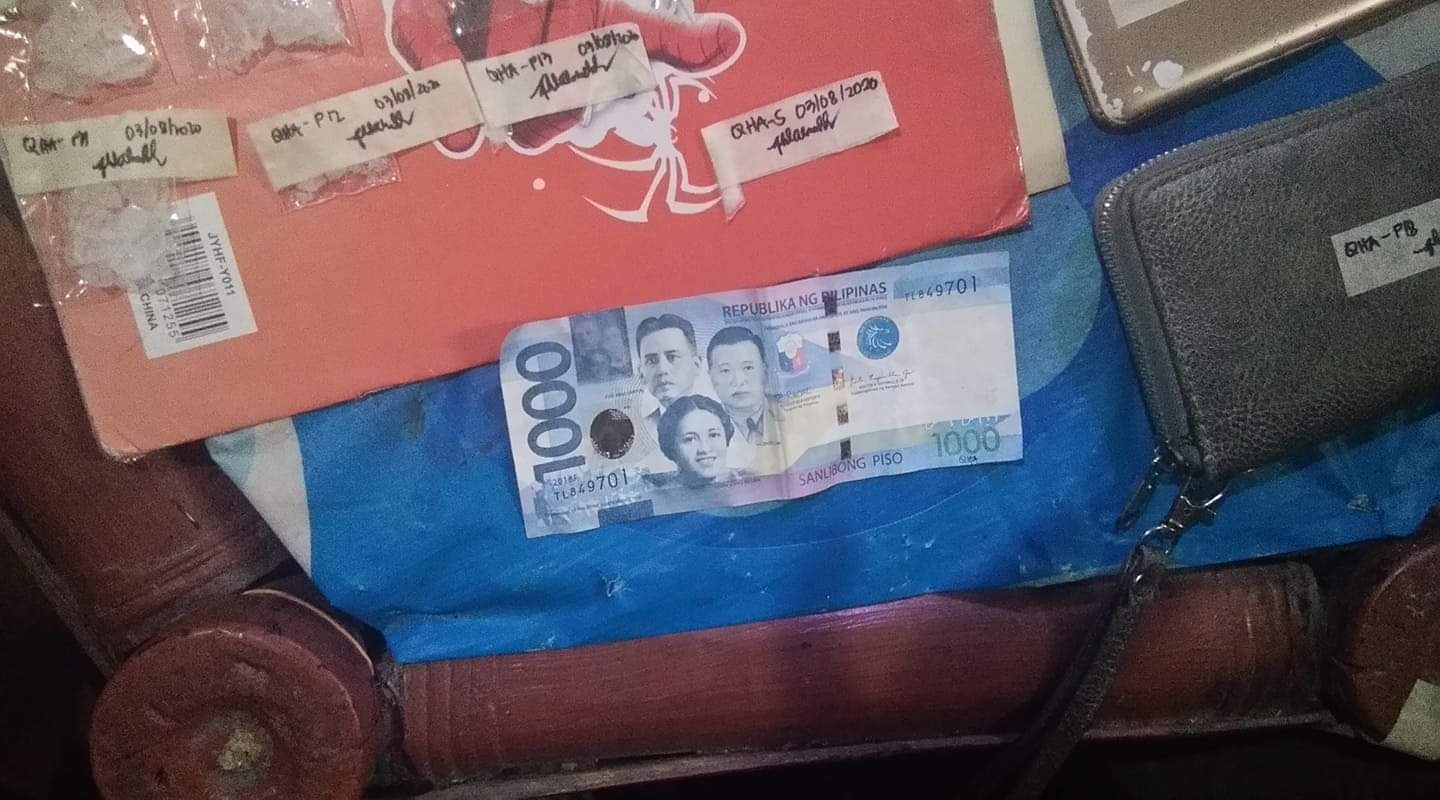 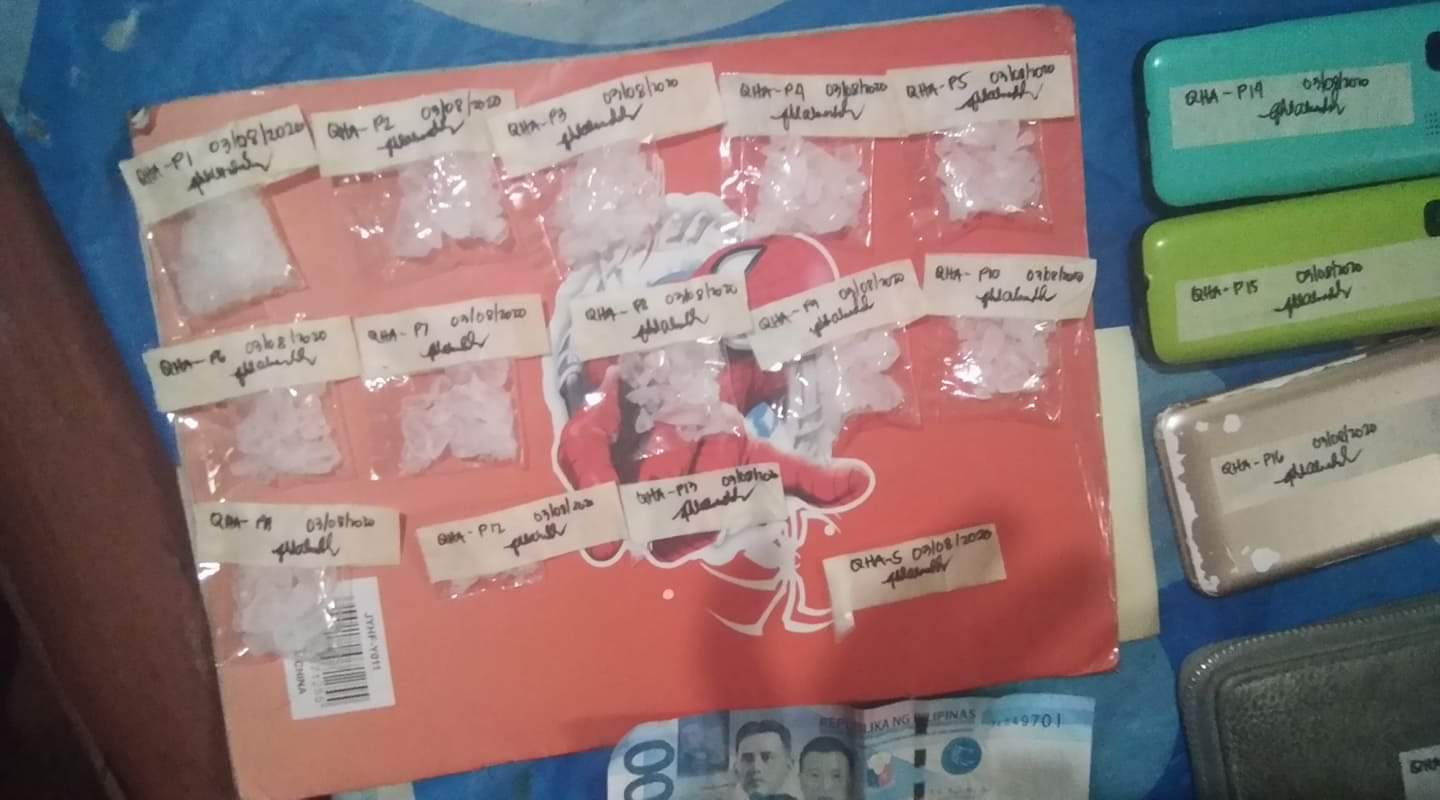 Photo shows the number of sachets found inside the wallet of one of the suspects. March 8, 2020, Barangay Capoocan, Calbayog City.
During the search, the operatives found that inside the wallet Magbutay was carrying were more quantities of suspected shabu partitioned in one (1) small; one (1) medium; and eleven (11) large heat-sealed transparent plastic sachets

Samar Provincial PDEA Chief Agent Rhea Caminong estimated that all of the 13 sachets contain a total of 55 grams, more or less, with a street value of Php357,000.00

Also confiscated from the suspects were cash money amount to Php1,180; one piece color gray wallet and three units of (basic) cellphones of different brands (colored golden yellow, black & green, and blue) believed to be used for transacting supply and marketing of the illegal drugs

Calbayog PNP Acting Chief, P/Lt. Col. Jose Cawilan Garcia informed Calbayog Journal that after physical/medical examinations and booking procedures, the two (2) arrested suspects are presently confined in the lock-up facility of Calbayog PNP Headquarters while cases for violation of Republic Act No. 9165, otherwise known as the Dangerous Drugs Act are being prepared against them. (CJ/JMM) 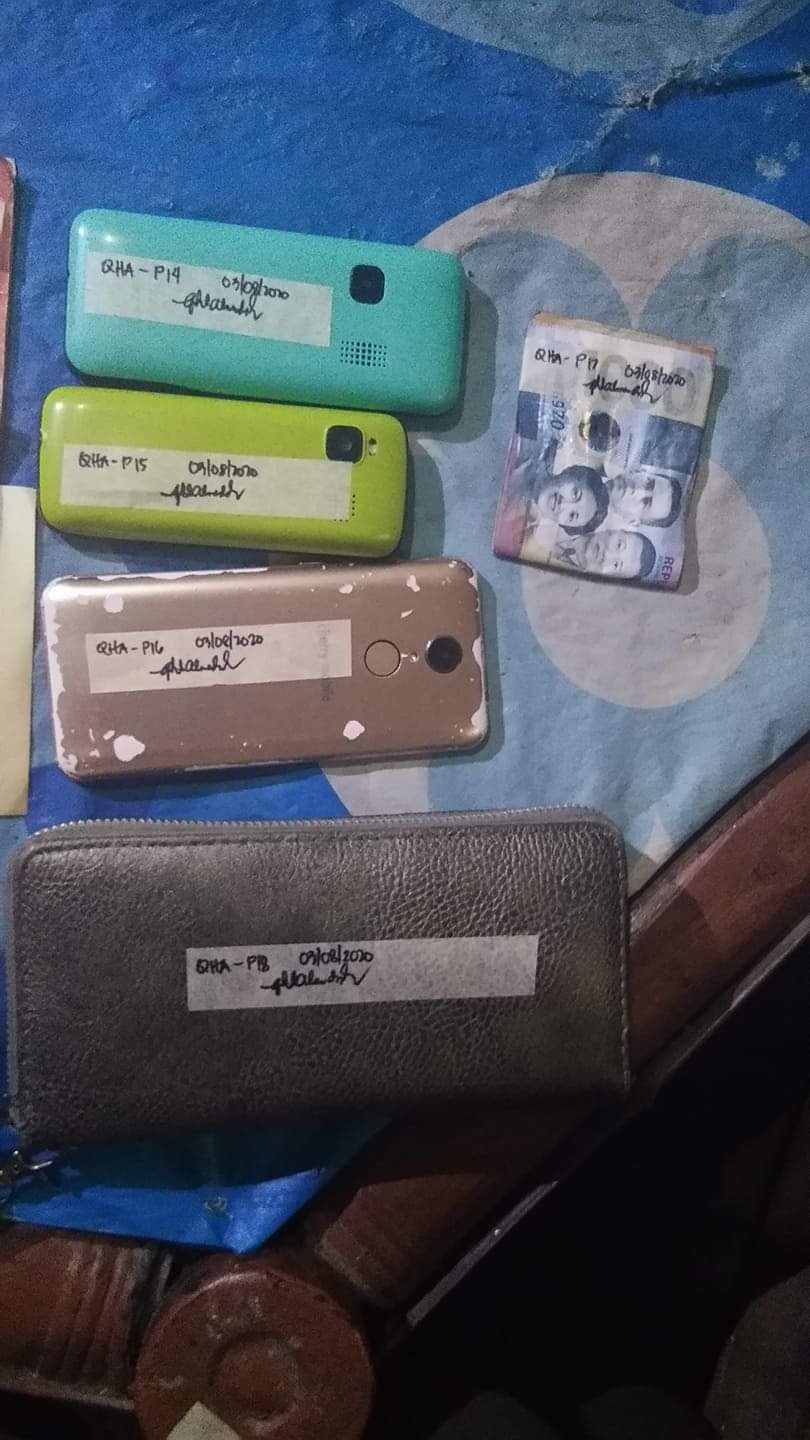 The three (3) units of cellphones believed to be used in the operations for supply and marketing and the gray wallet that contained 13 other sachets and which were all confiscated from the suspects during the operation are shown in this photo. March 8, 2020, Barangay Capoocan, Calbayog City