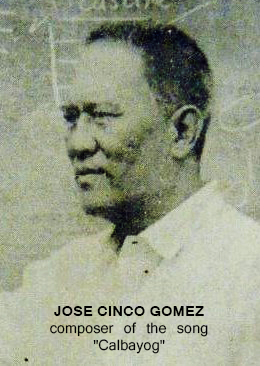 CALBAYOG CITY – The song “Calbayog” with words and music composed by Jose Cinco Gomez has, thru the years, become popularly known using the title “Calbayog Ko” when even in its adoption as the official hymn of the city, it was referred to with its widely accepted title “Calbayog Ko.”

In October 15, 2016, Calbayog Journal, in its facebook page, posted a video record by Joel Mancol featuring Calbayog City and presenting Alan Diomangay’s version of the song labeled “Calbayog Ko” as background music. The post, as of November 12, registered more than 23,000 views with over a thousand shares. 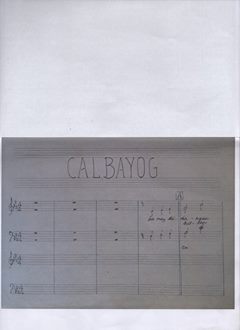 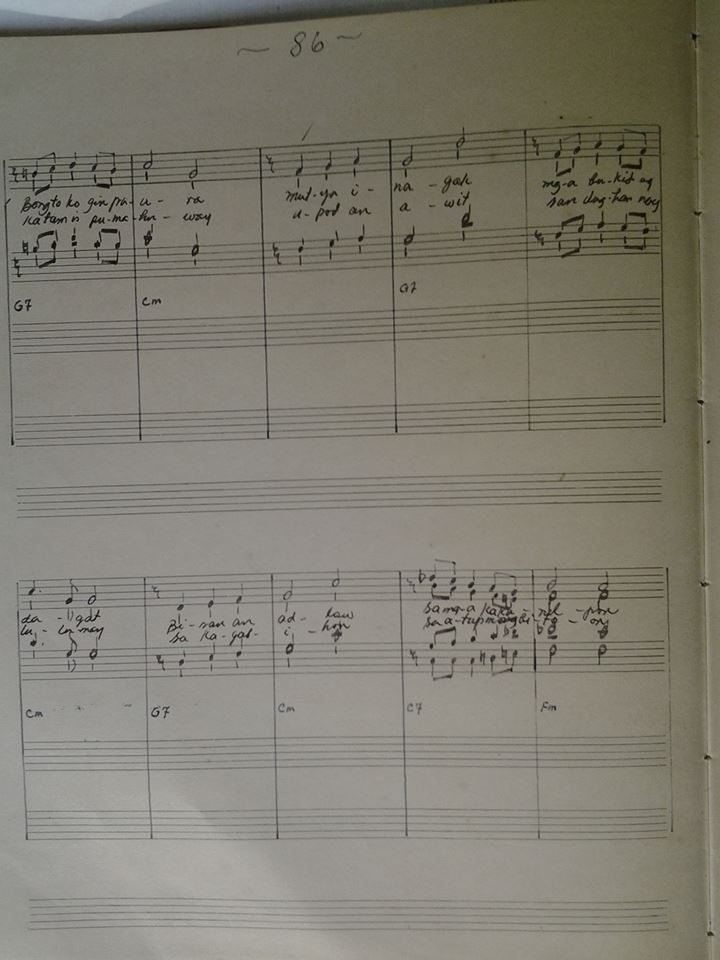 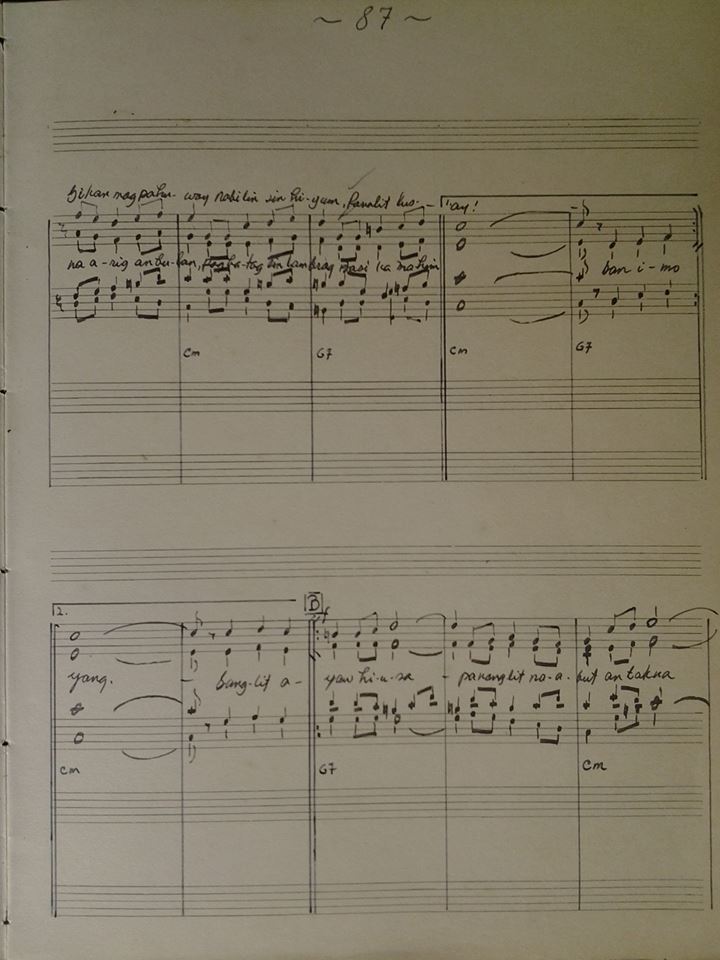 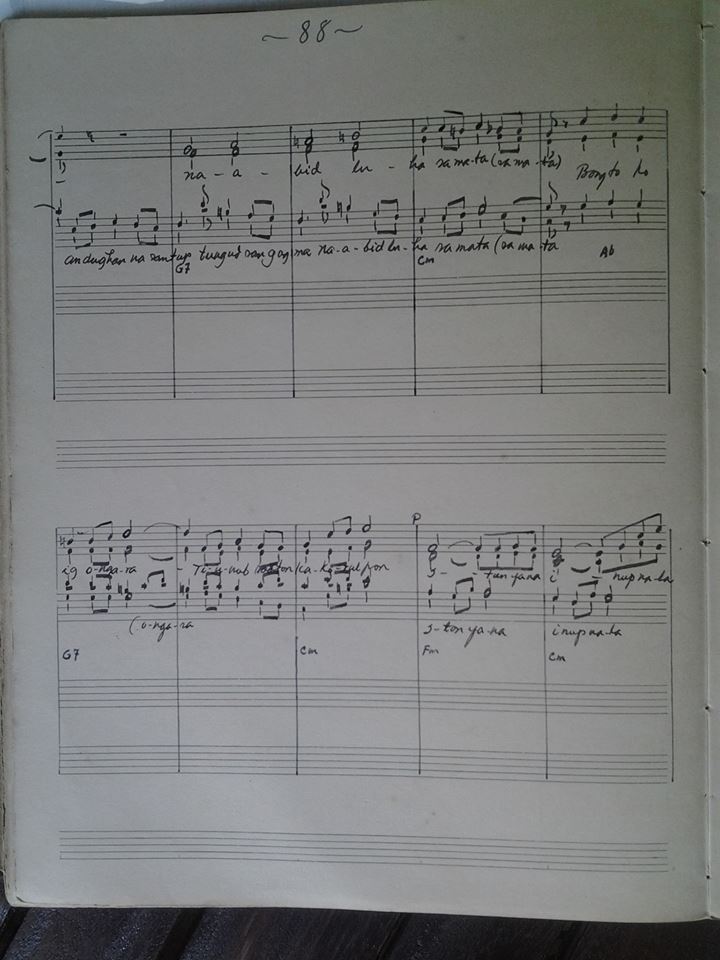 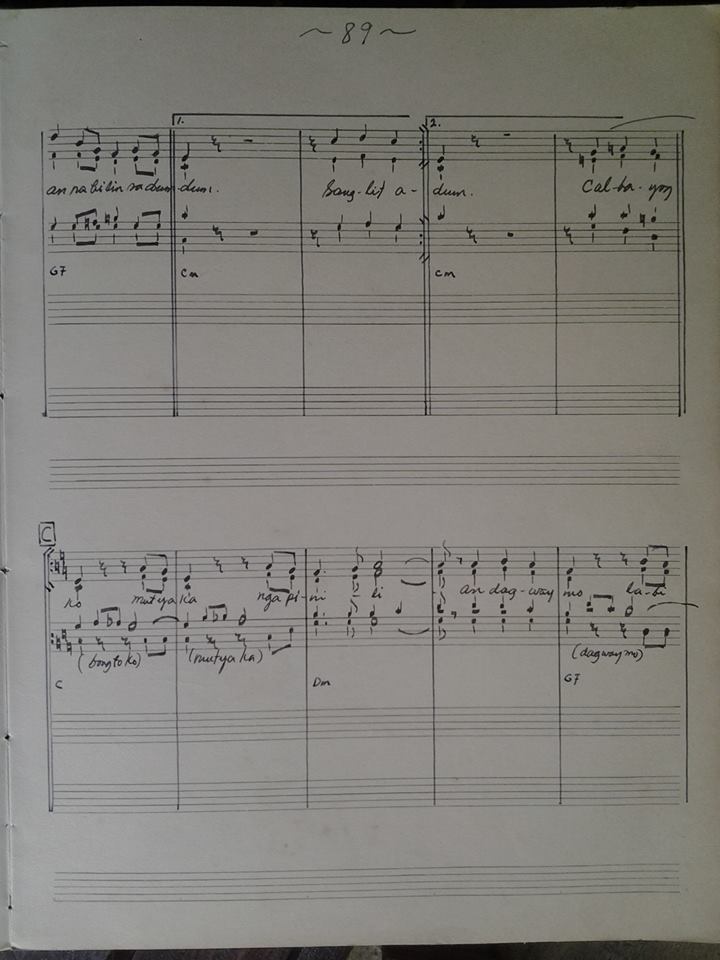 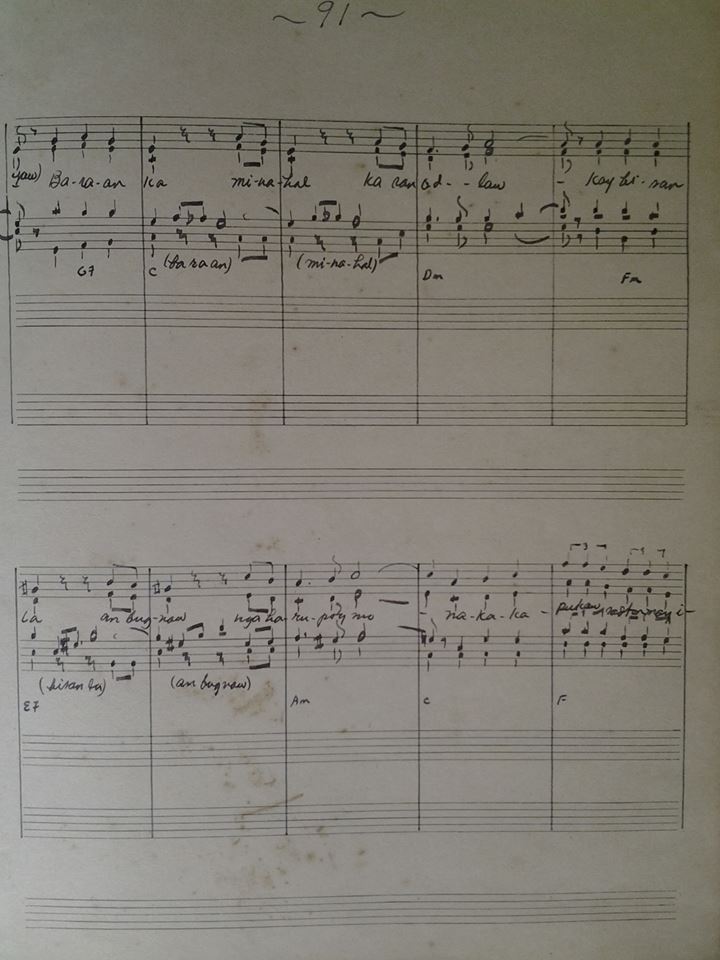 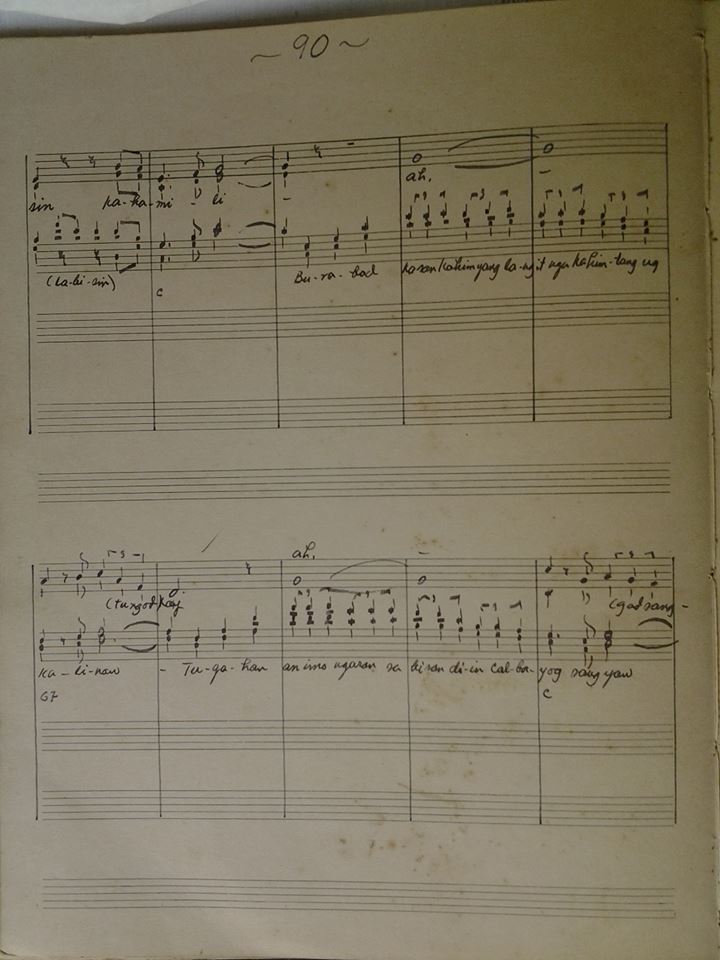 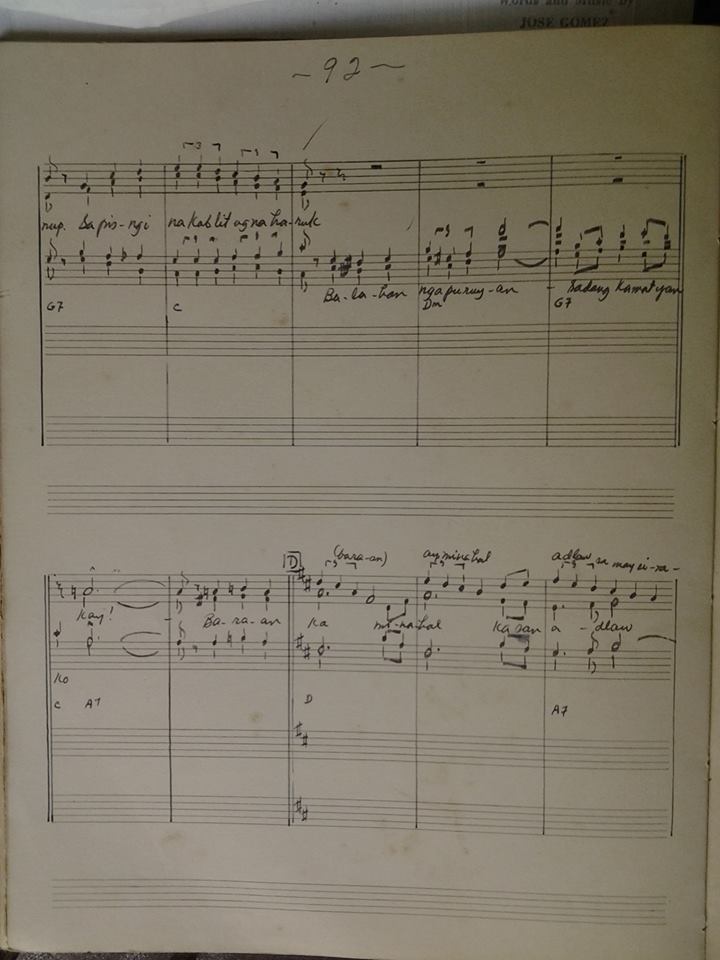 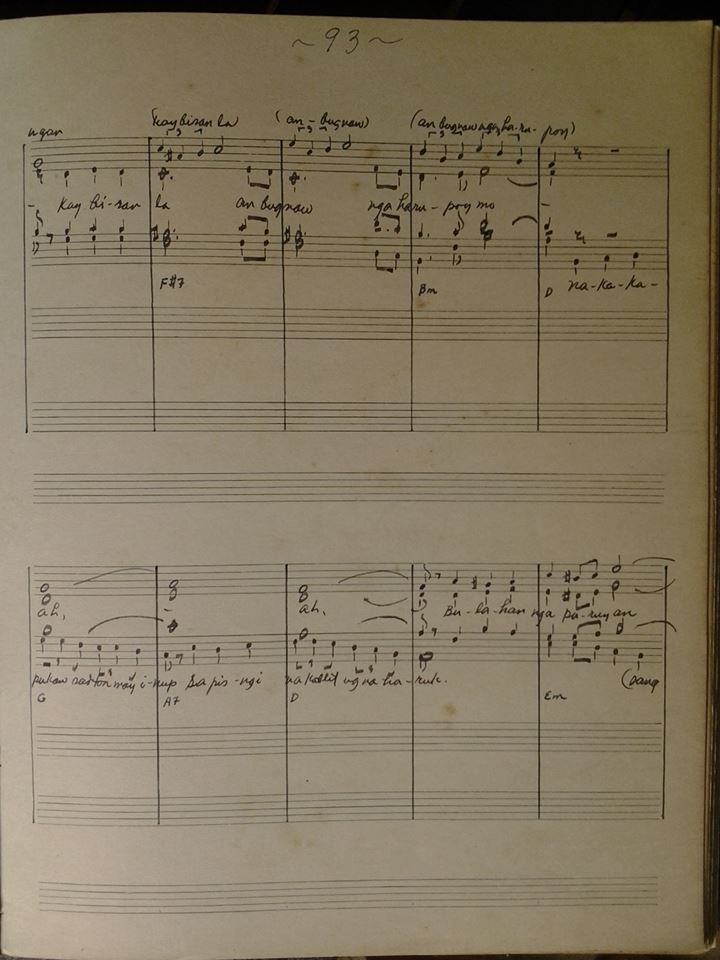 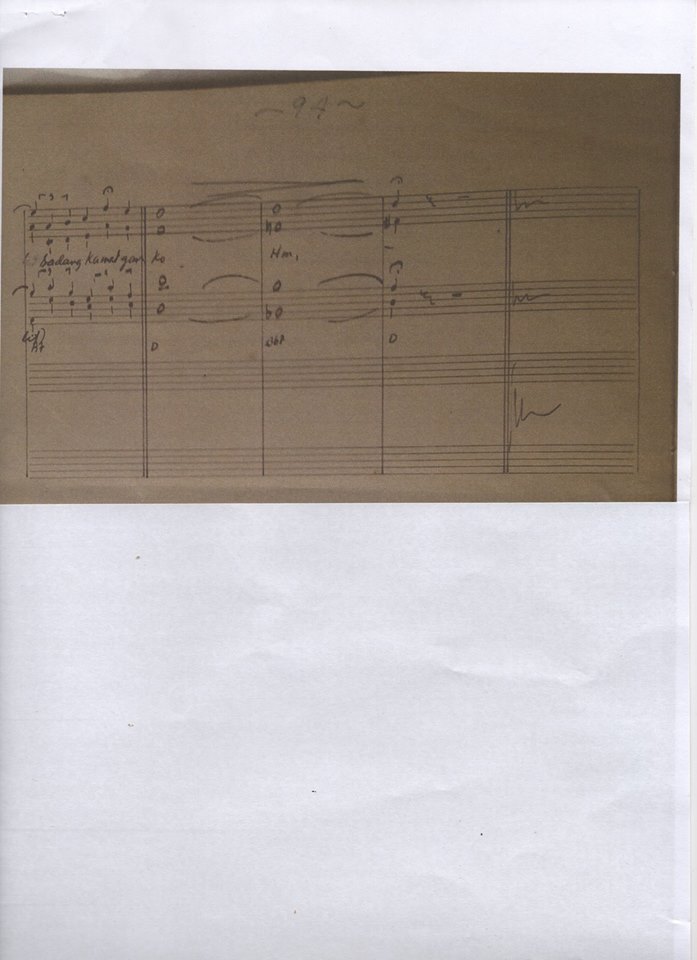 Composed in August 5, 1955, “Calbayog” is one of the songs and the most popular in the three volumes of “Showers of Musical Thoughts” registered in the name of Jose Cinco Gomez under copyright serial number 17015, issued in Manila, Philippines. “Showers of Musical Thoughts,” Volumes I, II and III accordingly contain five hundred of the more than five thousand compositions of Jose Cinco Gomez. The copyright also covers those compositions of Gomez that were widely sung by the Warays.

Resolution No. 96-48-564, dated November 19, 1996, the Sangguniang Panlungsod resolved for the adoption of “Calbayog Ko” as the official hymn of the city to be “sung every after the singing of the Philippine National Anthem, in every formal and official program or activity.”

Movant for the approval of the Resolution, then city councilor Julius Mancol (now Member of the Sangguniang Panlalawigan) informed Calbayog Journal that copy of the composition was not available during the time when the legislative issuance for the adoption of the song was being considered for approval.

“Because of the popularity of the song to Calbayognons that seemingly created the prevalent notion of identifying the composition with the words and music of Jose Cinco Gomez under the title “Calbayog Ko,” the Sanggunian unanimously seconded my motion for its approval.” It’s like the country’s national anthem, “Lupang Hinirang,” that is also commonly known as “Bayang Magiliw,” Mancol narrated. 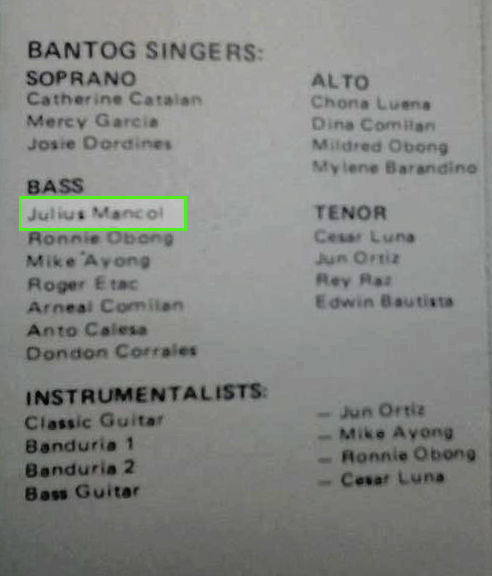 Being co-founder and performing member of a cultural group called Bantog, Mancol shared experience about recording and carrying out, among others, the song “Calbayog” in one of Bantog’s album produced in the late 1980’s.

On the other hand, Ignacio N. Ortiz, Jr., then Bantog’s trainor-arranger recalls having known the song titled “Calbayog” and referring to it as such based on the copy from the original composition provided to him by one of the daughters of composer Gomez.

In compliance to the course requirements for his studies on classical guitar and choral conducting at the University of the Philippines’ College of Music, Ortiz recalls having written a review on the works of Samar’s Music Man Jose Cinco Gomez. 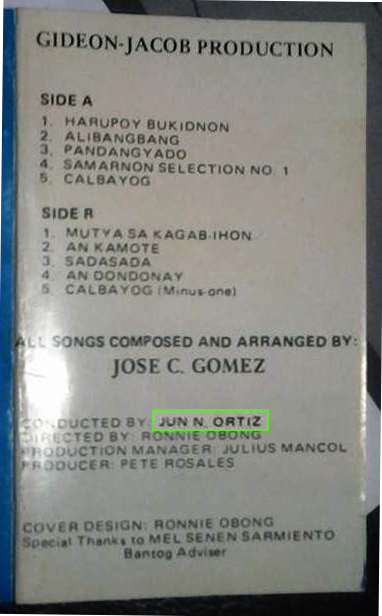 Further, Ortiz shared his confusion over referring the composition as “Calbayog Ko” when the copy (provided to him by the Gomez family and which is the very same copy he used to teach and lead Bantog) bore the title “Calbayog.”

“With due respect and in gratitude to the composer Jose Cinco Gomez for giving the city a song that speaks of beauty, love and respect for our home city, initiatives are suggested to be made to preserve originality of the song – title, words and music – particularly so when it is adopted as the official hymn of the city.” Ortiz opined. 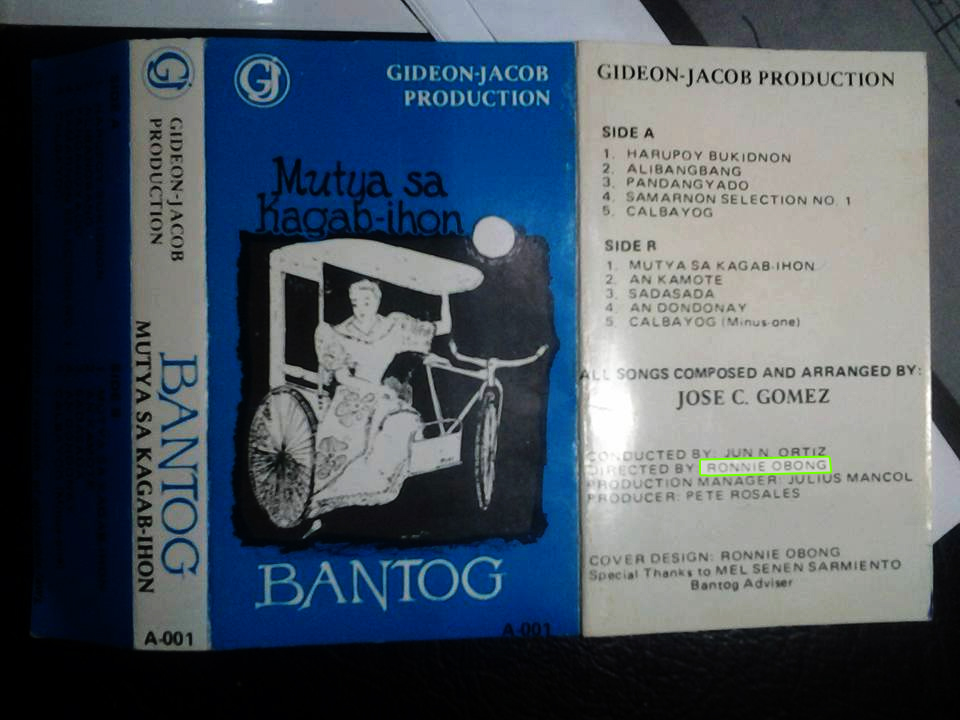 Meanwhile, Ronnie Obong, organizer and founder of Bantog, emphasized that the group carried the title “Calbayog” in the album, Mutya san Kagab-ihon, that Bantog recorded sometime in the late 1990s. The album comprised nine songs - all of which composed and arranged exclusively by Jose C. Gomez. It also contained a minus-one version of the song Calbayog.

Obong shared opinion that the song may have become popularly known as “Calbayog Ko,” due to the first two words of the first line in the ‘Refrain’ part of the song that says. . . Calbayog ko, mutya ka nga pinili. . . and which ‘refrain’ is repeated making it more retentive to the singers and listeners.

“Aside from becoming already a folksong, the melody of the song “Calbayog” is touching – the tune is like asking a question at the start then ends up with an answer before it ends. Even without the lyrics, the tune already moves the heart – fitting for an anthem” Obong describes. 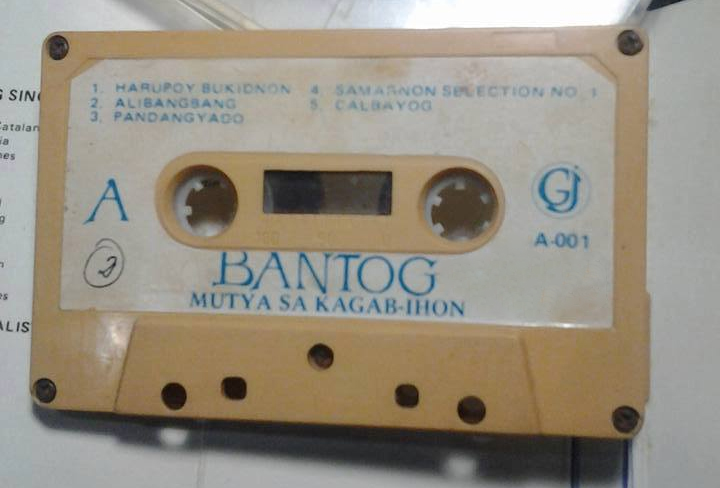 Furthermore, Obong said that “personally, I look up to Jose Gomez as the trendsetter of music in Calbayog. My compositions are inspired by the kind of music he has written. When I write a song, I always see to it that I don’t go far from his style. I mean, Calbayog music has become identified by the kind of music that Jose Gomez writes. Writing a song different in style and kind from that of Jose Gomez will seem to sound not-of-Calbayog-music.”

“If I were the composer of the song “Calbayog,” I wouldn’t want it to be called by any other name.” I hope that our authorities deeply consider correcting the issuance by stating therein the correct title and words of the song. Most of all, giving emphasis to the name of the composer, Jose Cinco Gomez, as a gesture of gratitude for giving us a song we can proudly call the city’s official anthem.” Obong concluded.