Wilfredo Labana, ‘Willy’ to friends and family, bagged the Championships in the Second (2nd) Tarlac National Painting Competition held at the National Parks Museum and Archive Gallery in Rizal Park, Manila on March 07, 2018. The competition was one of the highlights of the KANLAHI (Kanlungan ng Lahi) Festival – a celebration in Tarlac province that runs for a week.

There were 197 entries in the competition participated by artists aged 16 years old and above coming from all over the country. It was organized by a non-government organization (NGO) that promotes artists and artworks locally and internationally – KUNST Pilipino – with Tarlac Provincial Government as partner. 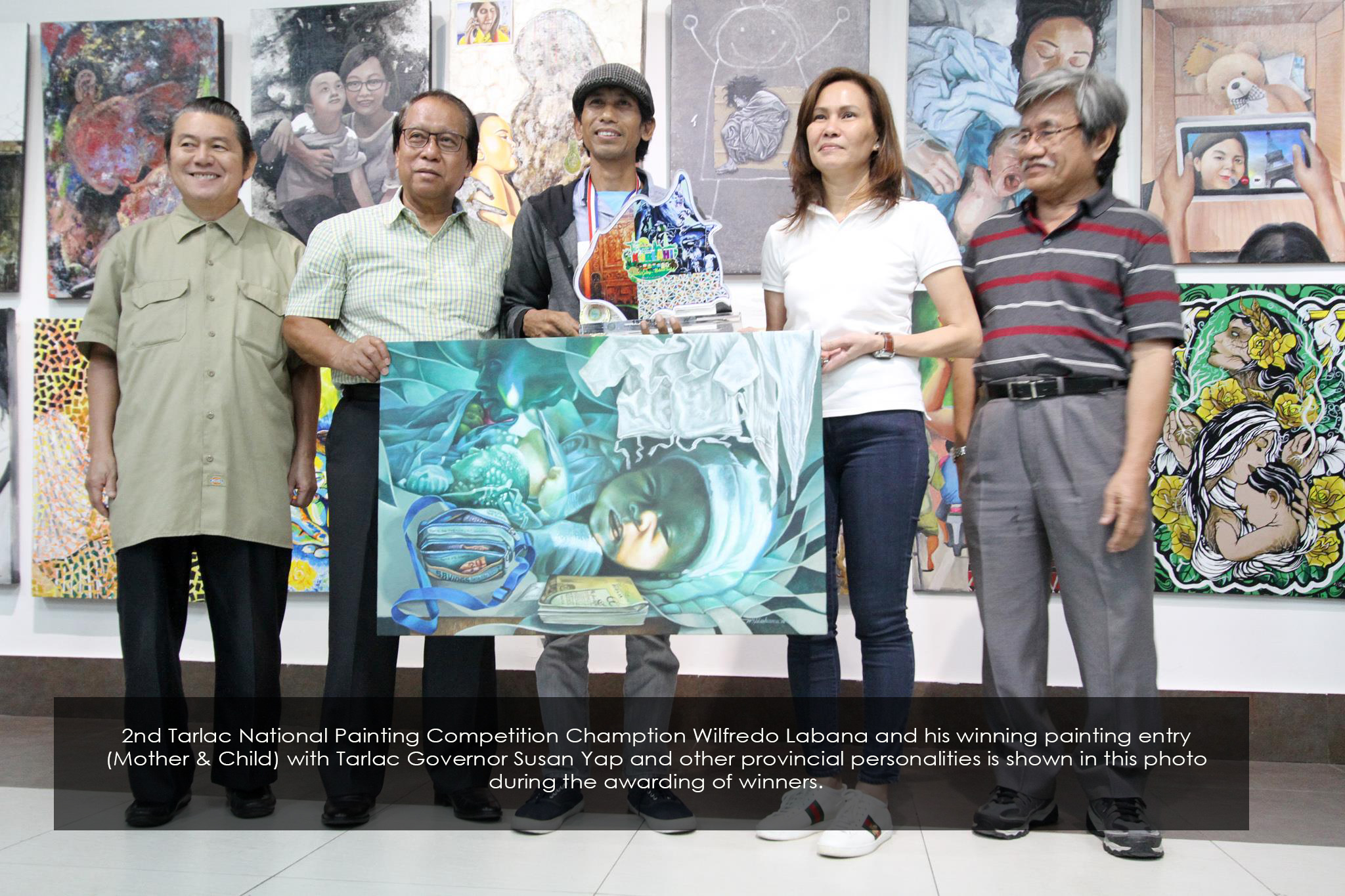 Being a regular participant to the competitions he has been invited to, Labana finds joy and satisfaction about meeting artists from different areas in the country and humbly delights over acceptance of his painting as official entry in a national competition.

“Like in the previous competitions, I was without high hopes when I went to Tarlac bringing with me my version of the “Mother and Child” (Ang Dakilang Ina at ang Kanyang Supling) acrylic-in-canvas painting which I call "Sinag ng Pag-asa" which took me two weeks to finish,” Labana said.

The painter further told Calbayog Journal that he did not sense a hint to the championship even when his entry was already included in the announcement of 20 semi-finalists. He was already happy about being part of the 20 semi-finalists from where 3 finalists, 1 governor’s choice and 10 honorable mentions will be chosen.

“I was overwhelmed with joy when my entry was finally named winner after it was declared one of the three finalists because this is my first win in a national competition,” Labana remarked and continued to say that “This is not just about taking home a cash prize of Php50,000.00, a Certificate and the trophy of a national award as there is more to the recognition of my work and the realization that sacrifices really pay off and making me fully aware that blessings come to those who wait.”

Labana in his painting depicted the role of the mother in the life of a child. A mother, being the light of the home, sees to it that her child is provided with all the care and attention of a mother saying that “even amid the need for the mother to help earn a living to provide for the basic needs of the family, she should not lose focus on the need to instill in the child the moral and spiritual facets of life.”(CJ)