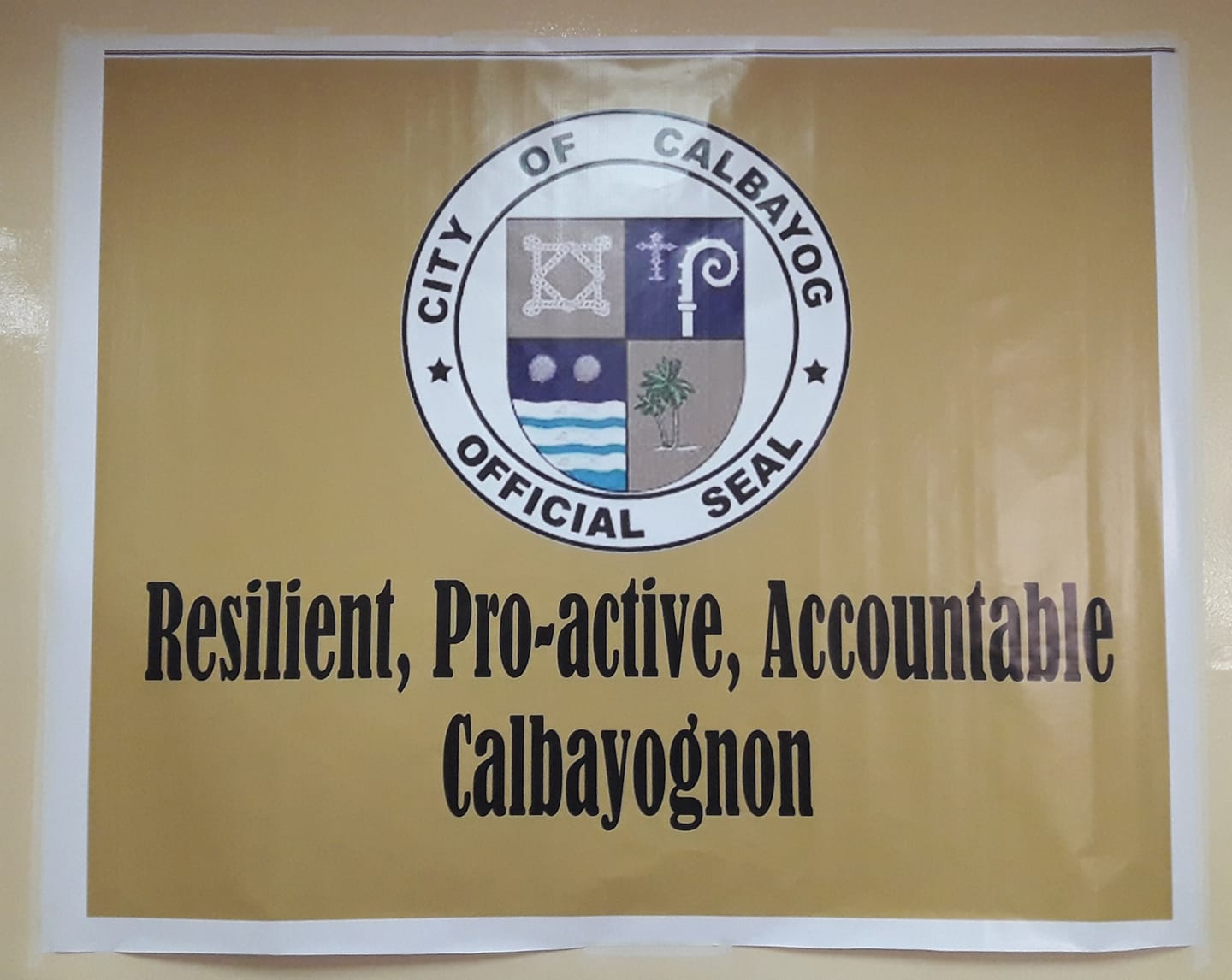 CALBAYOG CITY – The Inter Agency Task Force for COVID-19 hastens the preparation and sanitation of a “holding area” for Persons Under Investigation (PUIs) in the city after a series of executive issuances containing guidelines to mitigate the effects of the disease in the city were issued.

A holding area will soon be made operational for PUIs in the city as sanitation procedures and acquisition of implements are on the process. It will initially accommodate thirty (3) PUIs at one time as preparations for other spaces in the area will continue as the need arise.

The facility will be manned by (5) doctors, medical staff such as nurses and nursing attendants, utility workers such as laundry persons, janitors and drivers on an 8-hour shifting schedule.

Each 8-hour shift in the 30-bed capacity facility will be manned by 1 doctor, 5 medical staff (that may be composed of 2 nurses with 3 nursing attendants), and utility staff (such as 1 laundry person, 1 janitor and 1 driver).

The doctors, medical staff and utility workers assigned in the holding facility will also undergo isolation for 14 days as PUMs after services are rendered in the facility for a prescribed number of days. 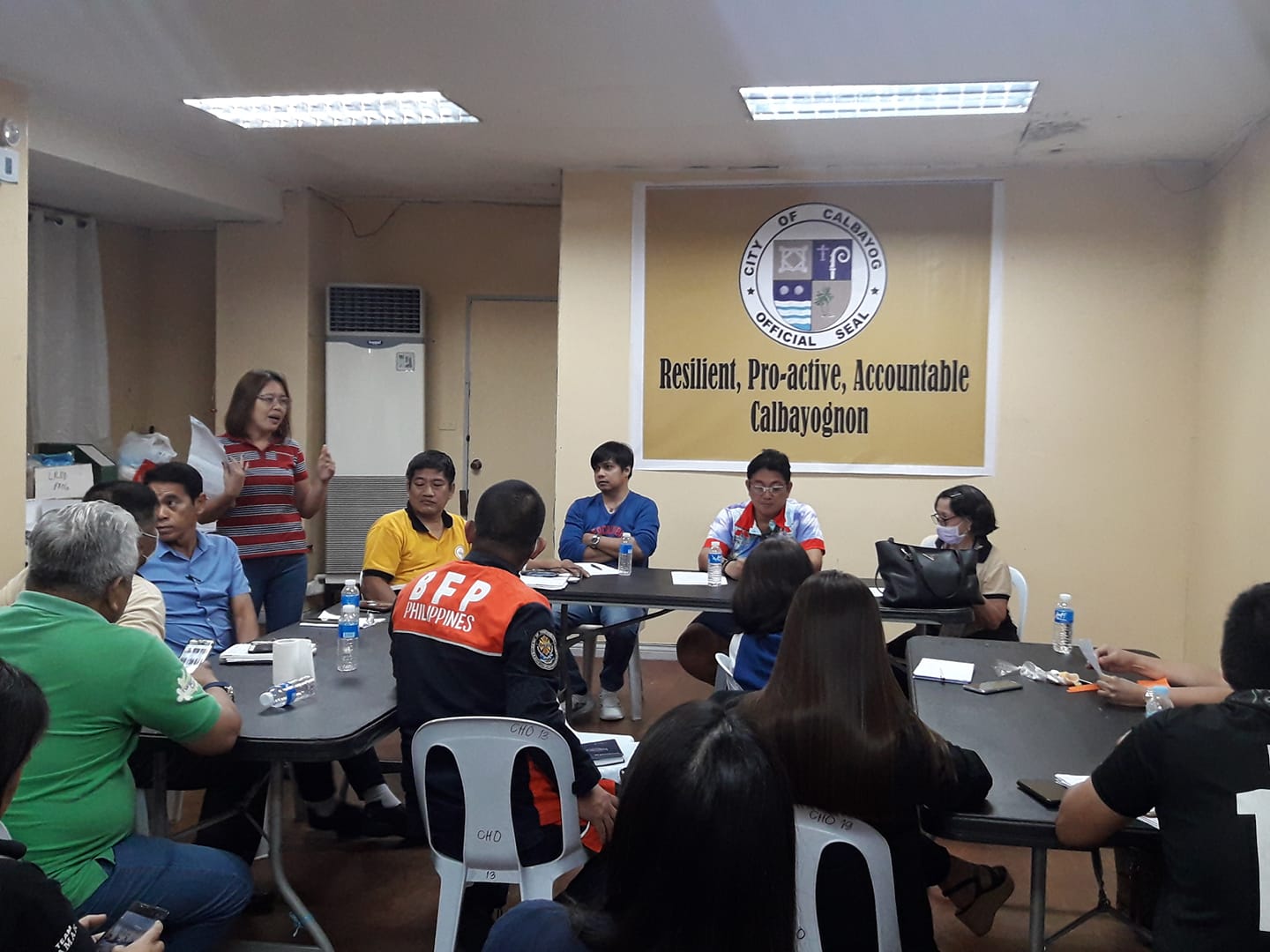 Members of the Inter Agency Task Force in one of its afternoon meetings considered to hasten the preparations of a holding area for COVID-19 PUIs.
City Health Officer Sylvia De Guzman emphasized during the meeting that such facility will house only PUIs that will manifest mild to moderate symptoms of the disease while those that develop continued and escalated symptoms will be referred to hospitals in the city.

Earlier, City Mayor Ronaldo P. Aquino, on recommendation of the Inter Agency Task Force to Combat COVID-19, initially issued “An Order Instituting the Guidelines and Other Measures to Combat COVID-19 in the City of Calbayog” dated March 16, 2019.

The task force was organized immediately following the declaration that placed Metro Manila under Community Quarantine almost simultaneously with convening the Punong Barangays (Village Chiefs) for orientation regarding the organization and management of Barangay Health Emergency Response Team (BHERT). 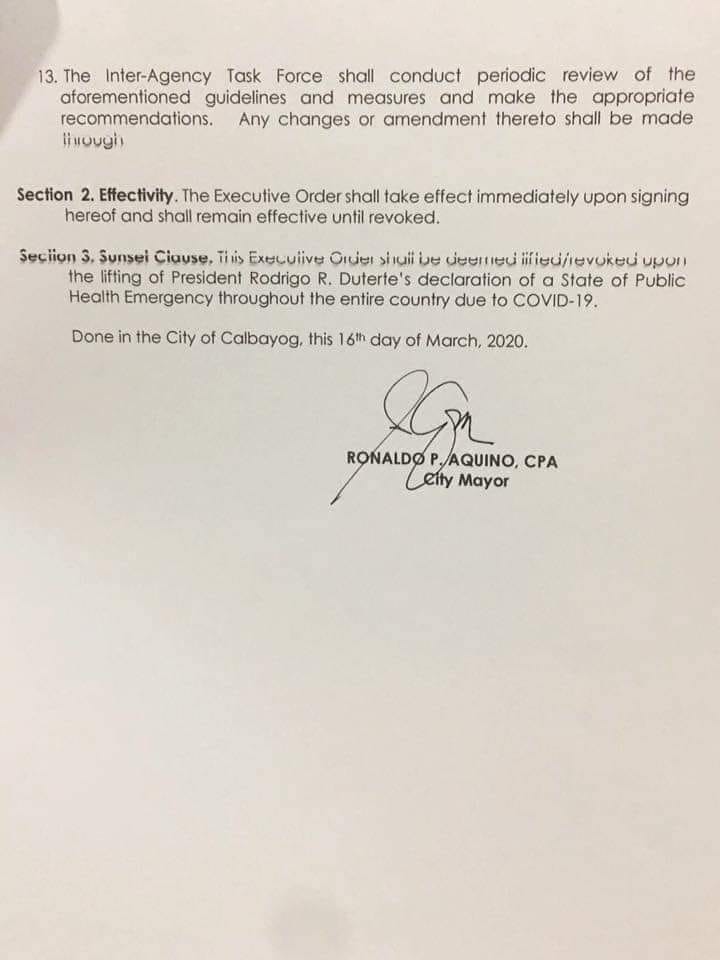 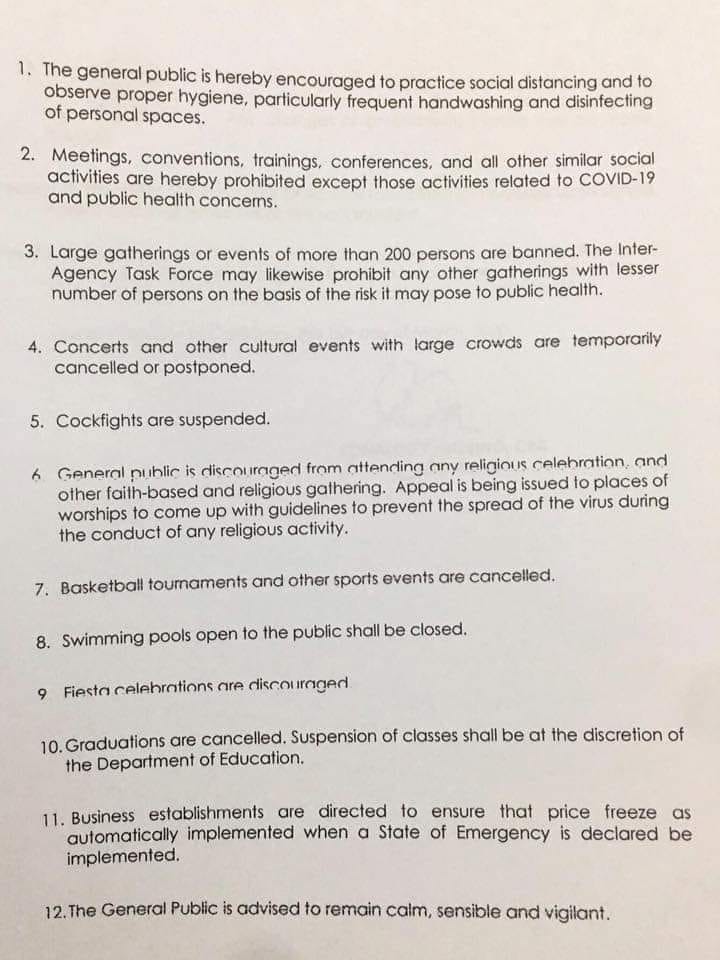 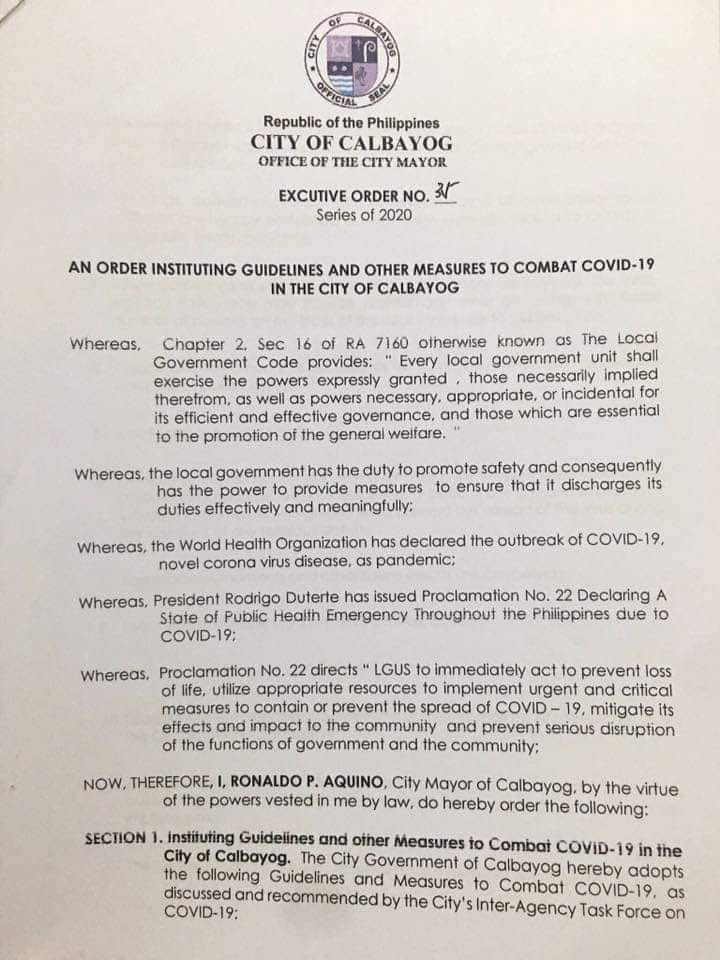 EXECUTIVE ORCER # 35, S. 2020
“An Order Implementing Additional Measures To Prevent The Spread of COVID-19 In The City of Calbayog” was issued on the same day denominated as Executive Order No. 13, S. 2020, in further consideration of additional and necessary measures in anticipation of the influx of arrivals from the Metro Manila area. 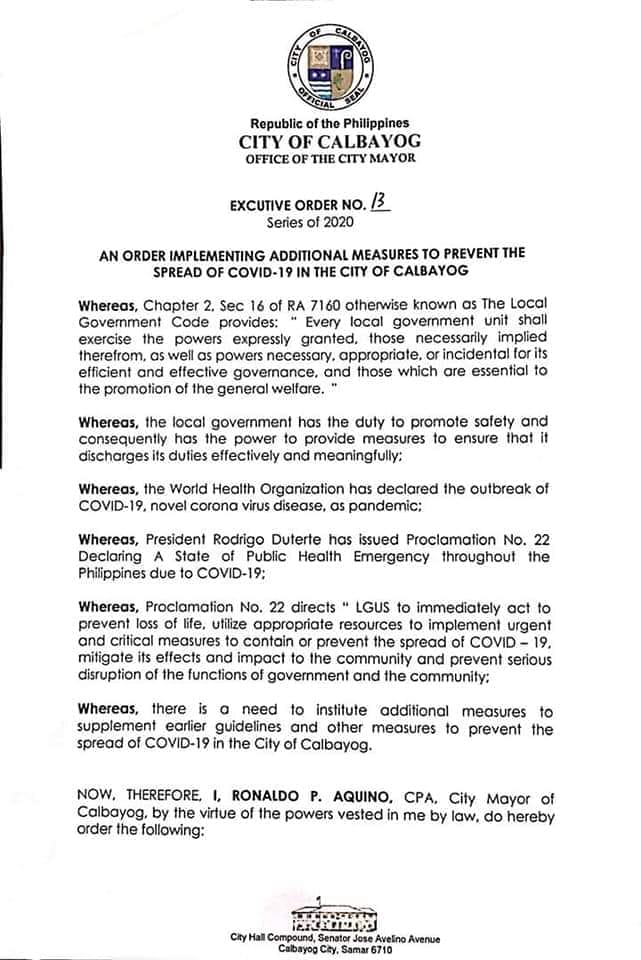 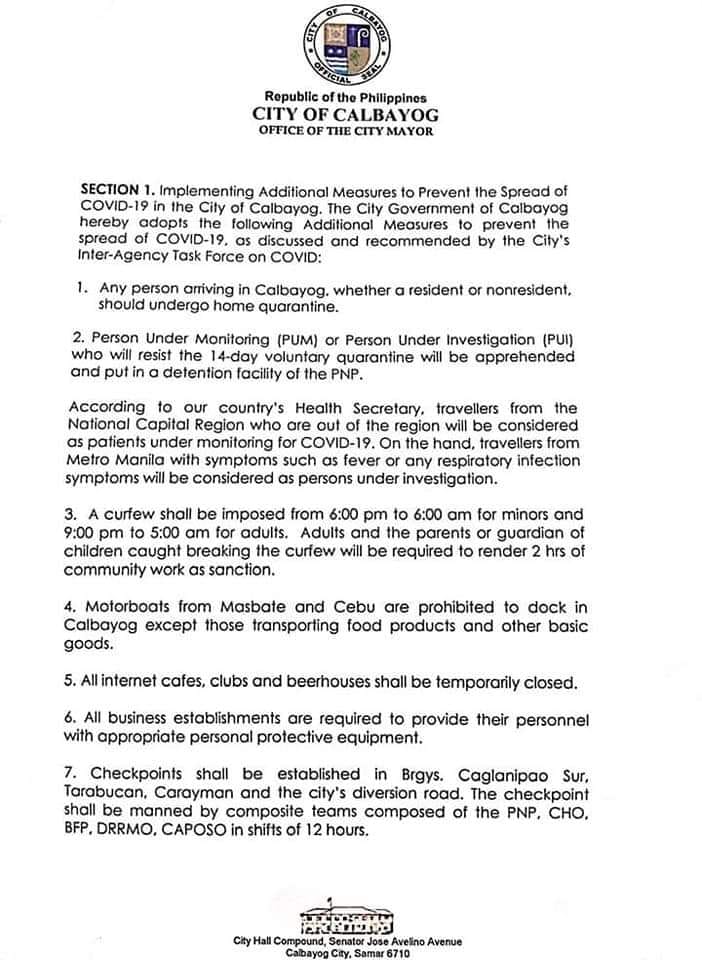 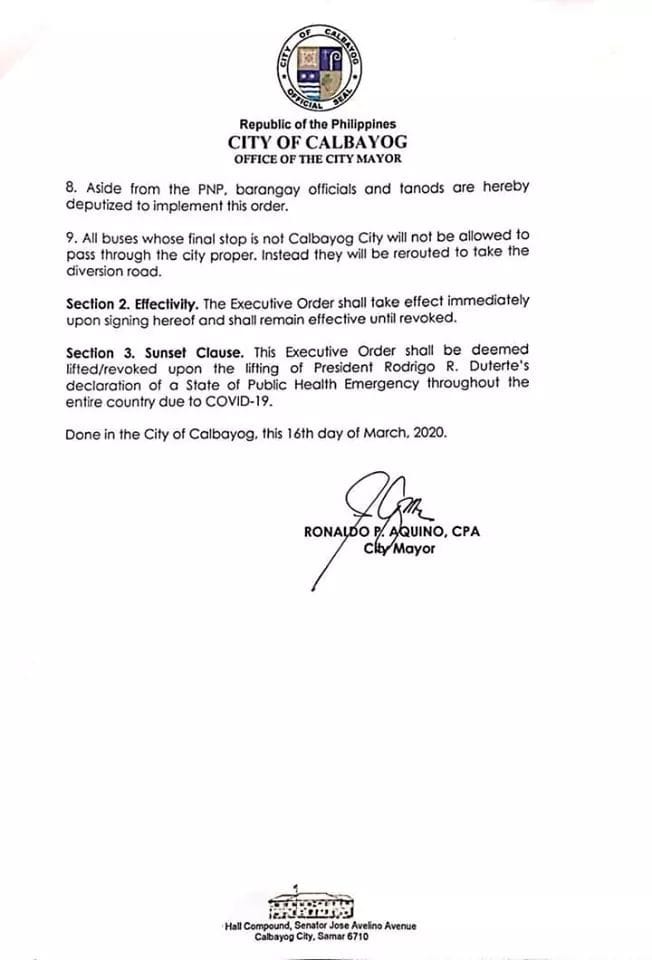 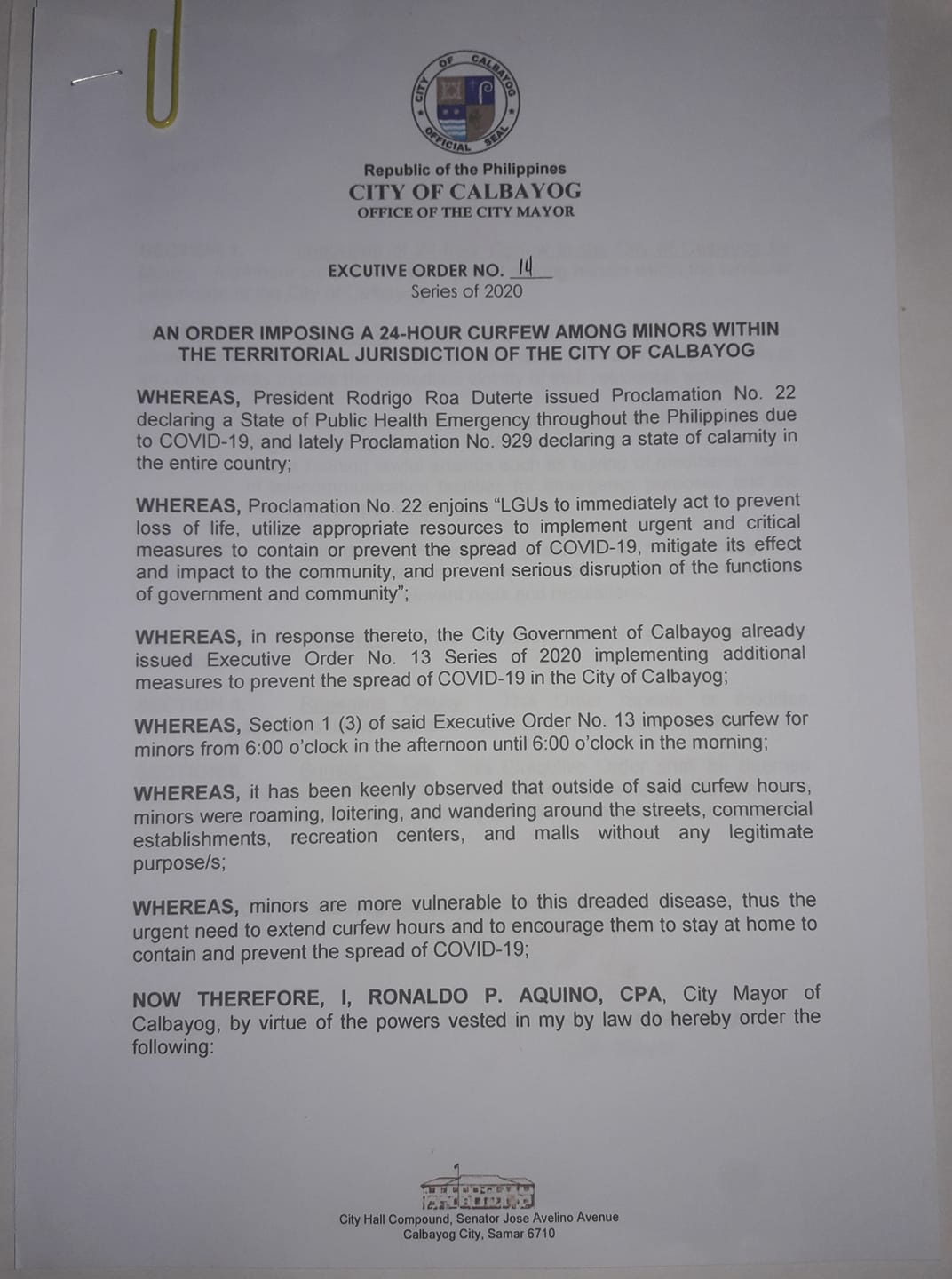 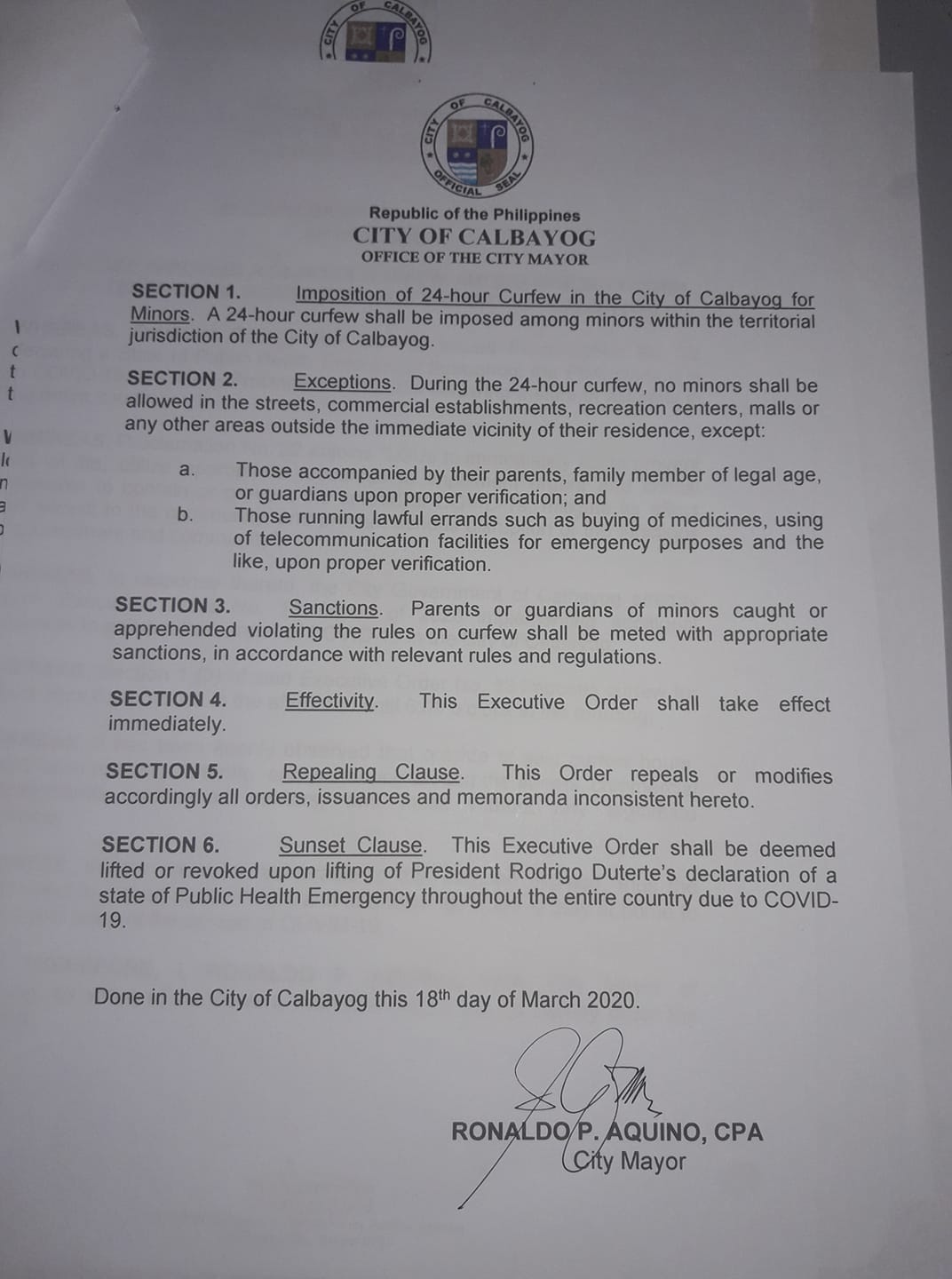 EXECUTIVE ORDER NO. 13, S. 2020
Meanwhile, the Task Force Operations Center is maintained on a 24-hour basis, manned by the Secretariat, health personnel and responders on a 12-hour shift. The Task Force convenes to conduct meetings two times a day in the morning and in the afternoon.(CJ/JMM)