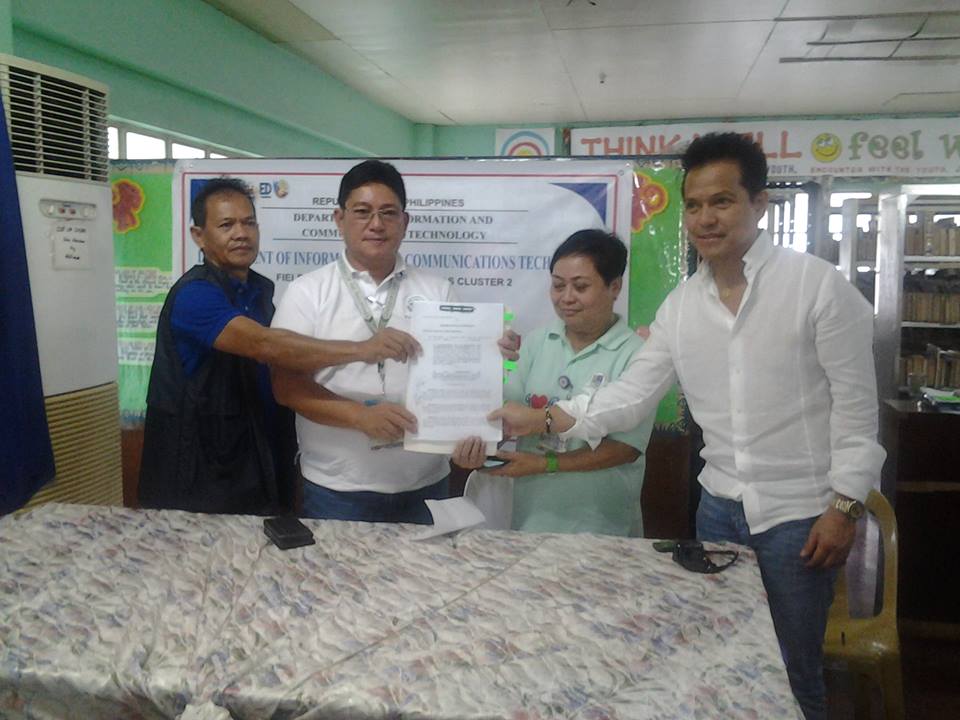 CALBAYOG CITY – Calbayog City Library is established as a TECH4ED Center after a Memorandum of Agreement (MOA) has been executed in October 25, 2016 between the City of Calbayog, represented by City Mayor Ronaldo P. Aquino, and the Department of Information and Communications Technology (DICT) signified by Calbayog-based Visayas Cluster 2 Field Operations Officer, Engr. Eleazar F. Badrina.

A Technology for Economic Development (TECH4ED) Center is under the TECH4ED project of the Department of Information and Communications Technology (DICT) that “provide access points for individuals and communities to bridge the digital and education divide, thus promoting the “grassroots development and opportunities for inclusive growth and poverty reduction” just as it will be giving “communities access to information, communication, technology, government services, non-formal education, skills training, telehealth, job markets and business portals.” https://dict.gov.ph/major-programs-and-projects/e-filipino/e-filipino-technology-for-the-economic-development-tech4ed/ 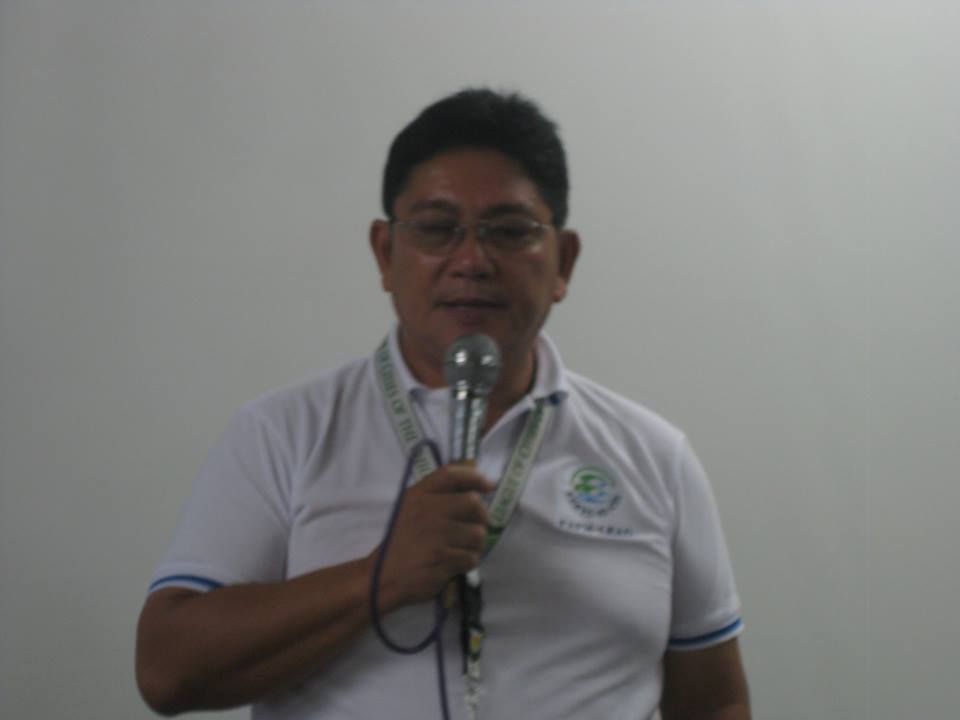 After expressing thanks to Samar’s First District Representative Edgar Mary S. Sarmiento for facilitating the speedy implementation of the project for the city, Mayor Aquino, in his speech, said that the TECH4ED Center will equip the citizenry with ample knowledge that will help the individual improve himself because an improved individual is a sign of a progressing community.

Congressman Edgar Mary S. Sarmiento, who was present to witness the activity, in his speech, stressed that establishing a TECH4ED Center is one of the programs under the DICT geared towards providing services and the use of a free wireless networking technology that allows computers and other devices to communicate over a wireless signal, popularly known and called WIFI which is a boost to the communications technology facility of the city. 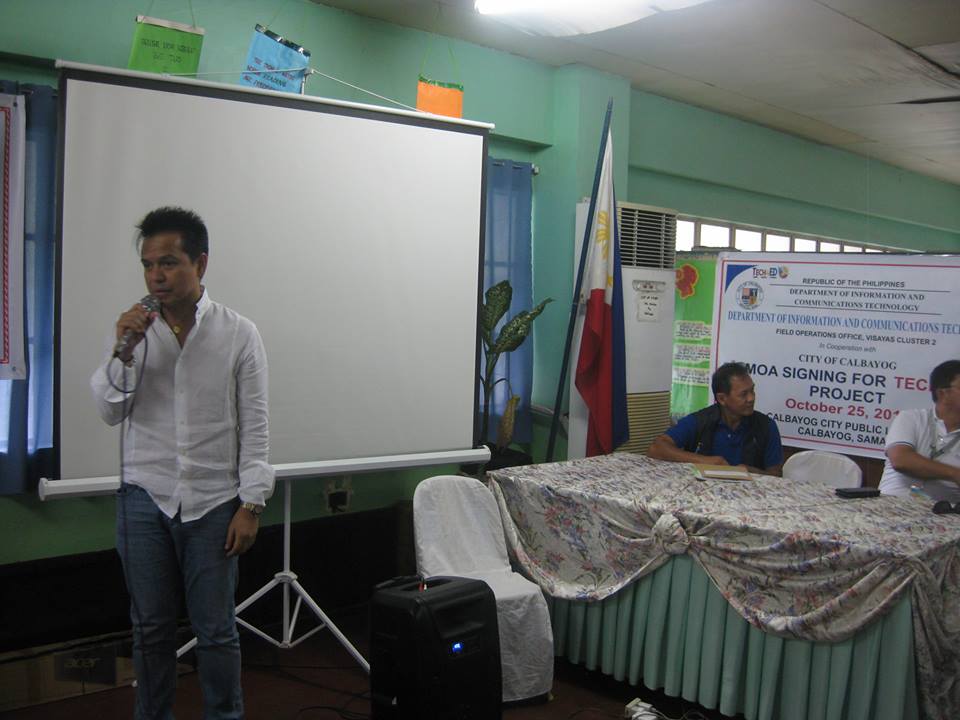 City Librarian Sofronia Delabajan who is also one of the signatories in the MOA, informed during an interview that the TECH4ED Center will be manned by a Center Manager for which reason two employees of the City Library has been given the approval by Mayor Aquino to attend TECH4ED Center Managers Training in Tacloban City which training aims to strengthen the TECH4ED Center in maximizing the services and operations to be delivered by the center with the inclusion of the Learning Management System that is also a platform that hosts aggregated education and skills training contents from various government and private institutions. (CJ/JMM) 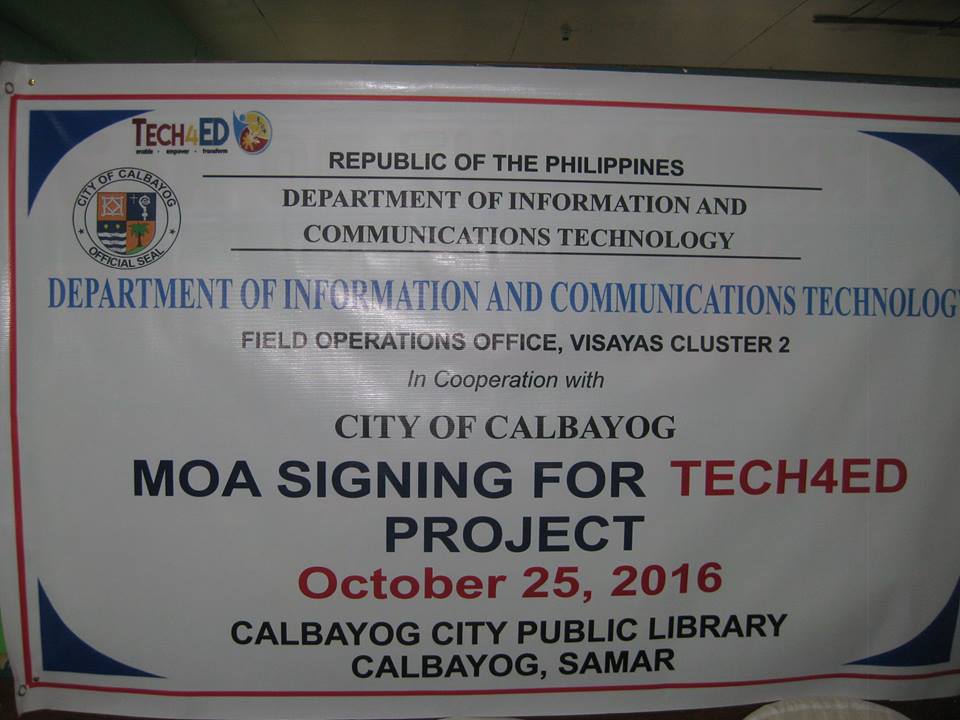 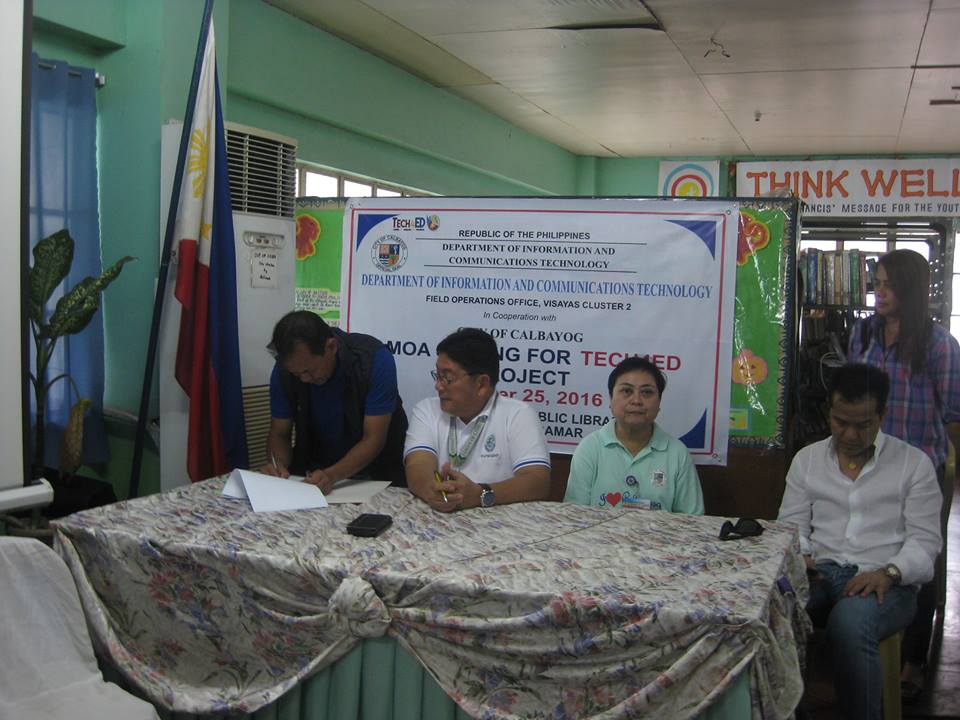 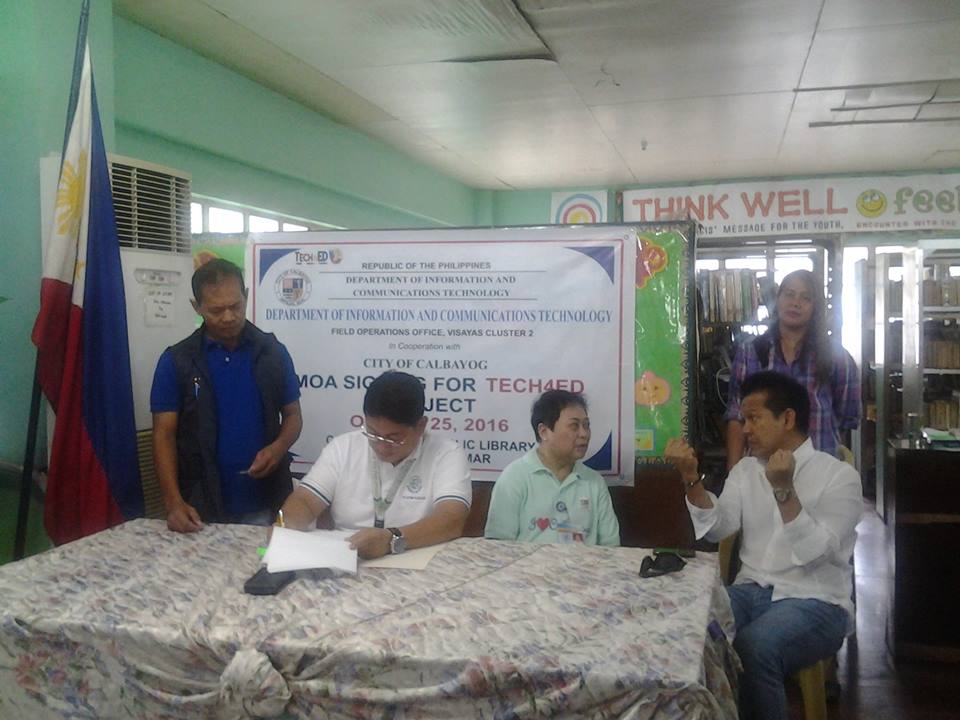 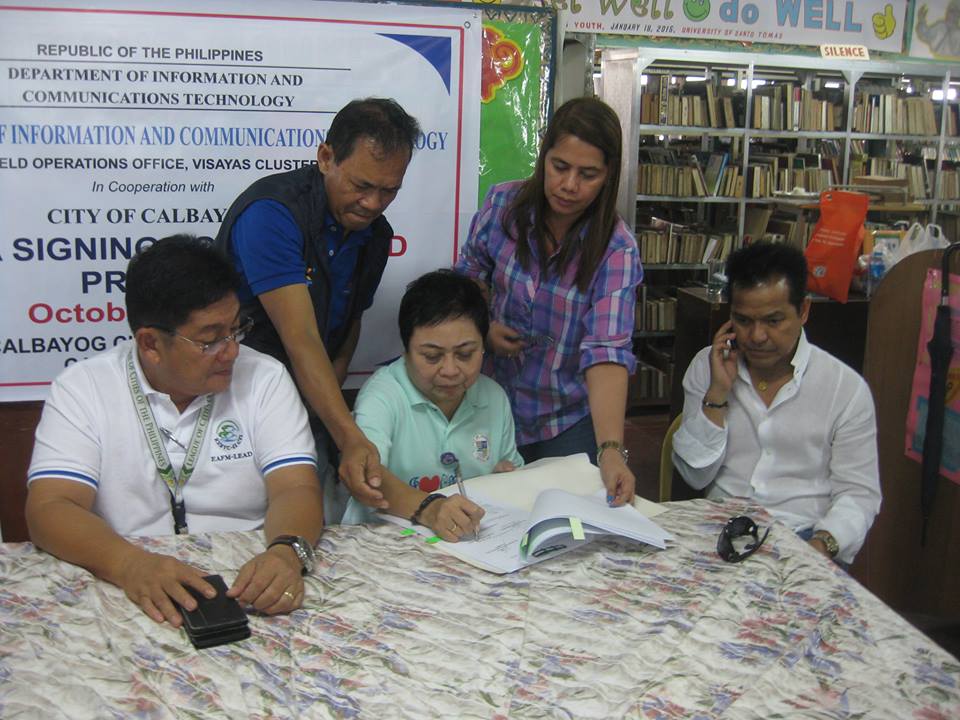