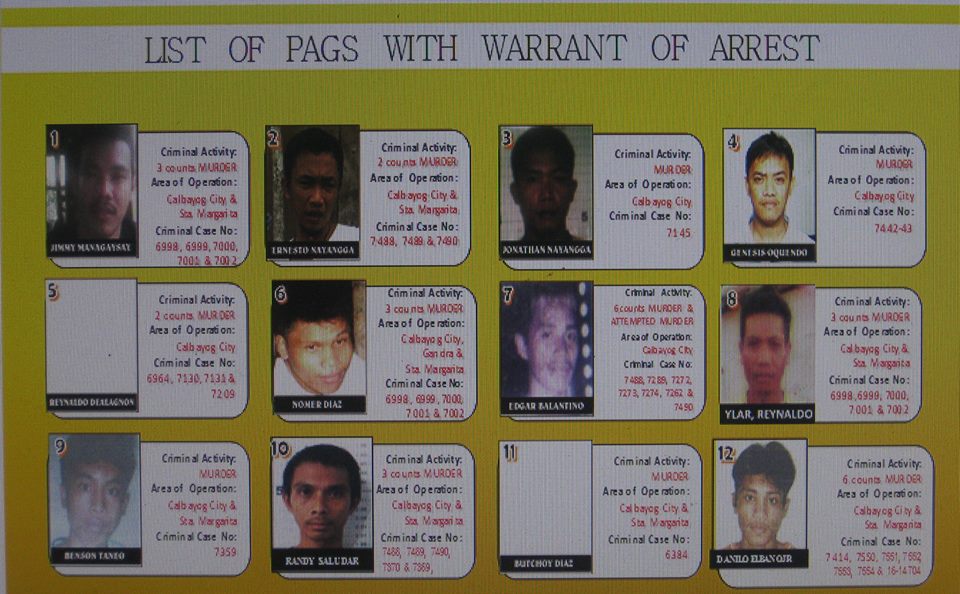 Frustrated that shooting incidents continue to mar the peace and order situation of the city, and most perpetrators do not get arrested, Calbayog City Mayor Ronald Aquino ordered the City’s Legal Officers to study the possibility of putting up a reward system for tipsters.

Under the reward system, the city will give out cash incentives to whoever could provide information that would lead to the arrest of suspects, particularly those with warrants of arrest.

Mayor Aquino said he already instructed the City legal office to study about its legalities and requisites. 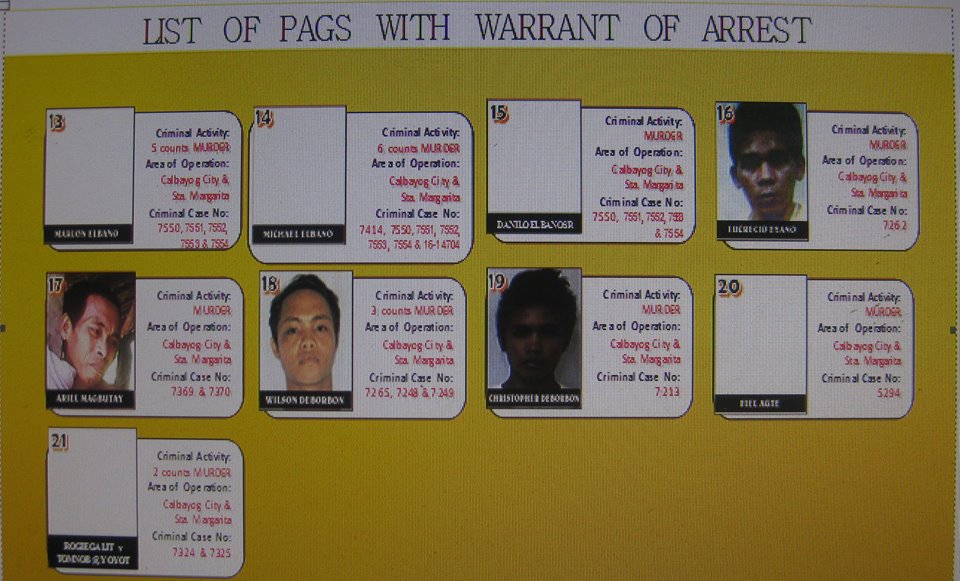 Records from the Joint Task Force CAGASMAS (Calbayog, Gandara, Sta. Margarita, Matuguinao and San Jorge) show that from November, 2016 up to the middle of March of this year, a total of twelve (12) shooting incidents occurred in Calbayog City alone, where fourteen (14) people were killed and three (3) were wounded. Majority of the shooting incidents point to members of Private Armed Groups or PAGs allegedly maintained by some politicians as perpetrators.

Meanwhile Mayor Aquino calls on the people to report to the authorities the presence of PAGs in their barangays, especially those with pending warrant of arrest. Since the establishment of JTF CAGASMAS in October 2016, three (3) alleged members of PAGs have surrendered, one (1) was caught with high powered firearms and ammunition during a field operation, while six (6) others who are all suspects in the killing of the chief of Barangay Tanod and a companion at Barangay Hibatang on February 11, 2017, were also arrested in February 28 of the same year. (CJ/ELEEN LIM) 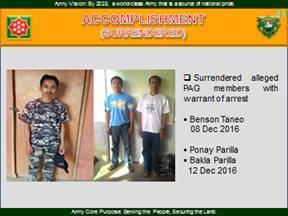 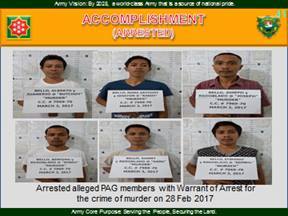 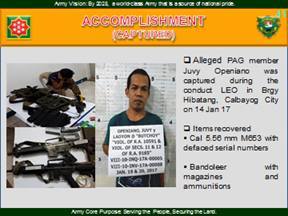