Photos grabbed from the internet. 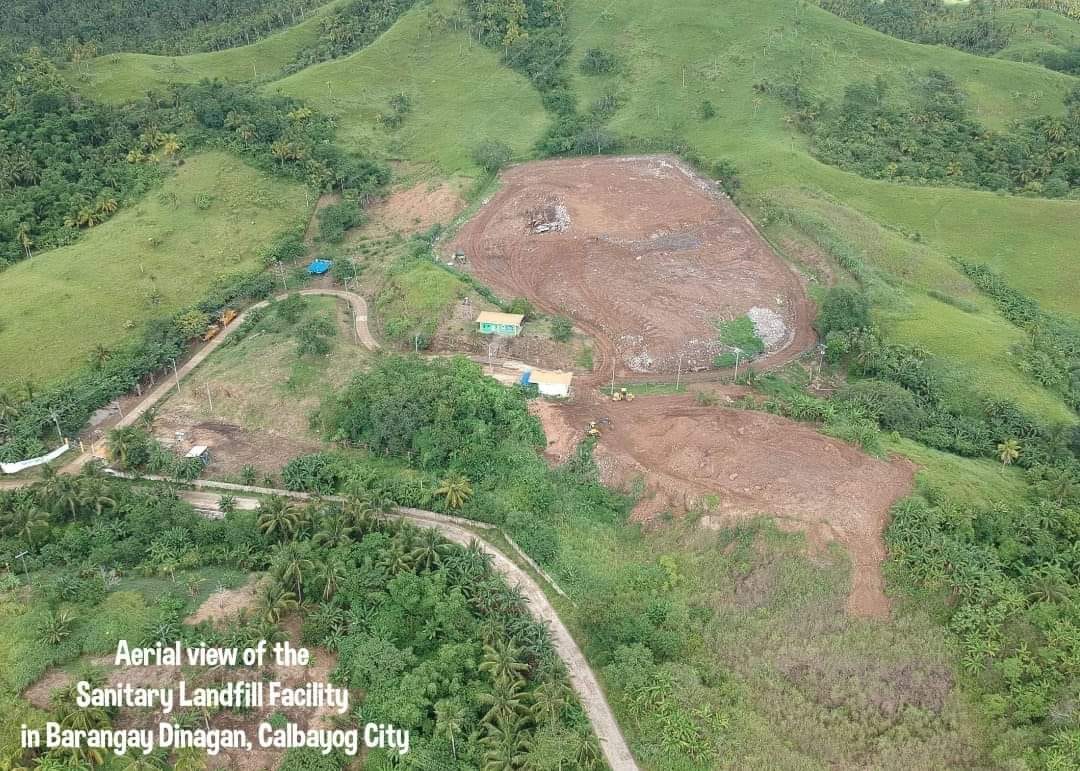 This statement is contained in the letter that informs the local government, thru the City Mayor, the findings of the DENR-EMB team who conducted a monitoring activity in November 09, 2020 in the Sanitary Landfill Facility of Calbayog City in Barangay Dinagan.

“Calbayog City is compliant to the provisions of Republic Act 2003, otherwise known as the ‘Ecological Solid Waste Management Act of 2000’ with the existence of the Sanitary Landfill facility and the recent provision of heavy equipment necessary in its operations,” Engr. Gonzaga said.

As of November 30, 2020, the CSWMO bears on its record that 101 (out of 157) barangays already avail of garbage collection services from an initial service area of 21 barangays in 2012 when the Sanitary Landfill (SLF) started operations.

With the programmed expansion of the service areas and the expected increase in the volume of garbage collection, acquisition of necessary equipment has been in the planning board of CSWMO as early as year 2016 when a request for purchase was submitted for budget allocation and purchase procedures.

After a series of financial sourcing, budgetting considerations and purchasing procedures in accordance with government regulations, the SLF has now in its use 12 new heavy equipment as acquired by the city government in 2019. These 12 units of equipment, namely: one (1) unit each of crawler, wheel-type excavator, vibratory compactor, wheel loader, bulldozer, 6-wheeler dumptruck, road grader & backhoe-loader; as well as 4 units of 10-wheeler dump trucks, are all in use and under the control of the CSWMO in its garbage collection around the present service area of 101 barangays and in its segregation and disposal activities at the SLF in Barangay Dinagan. 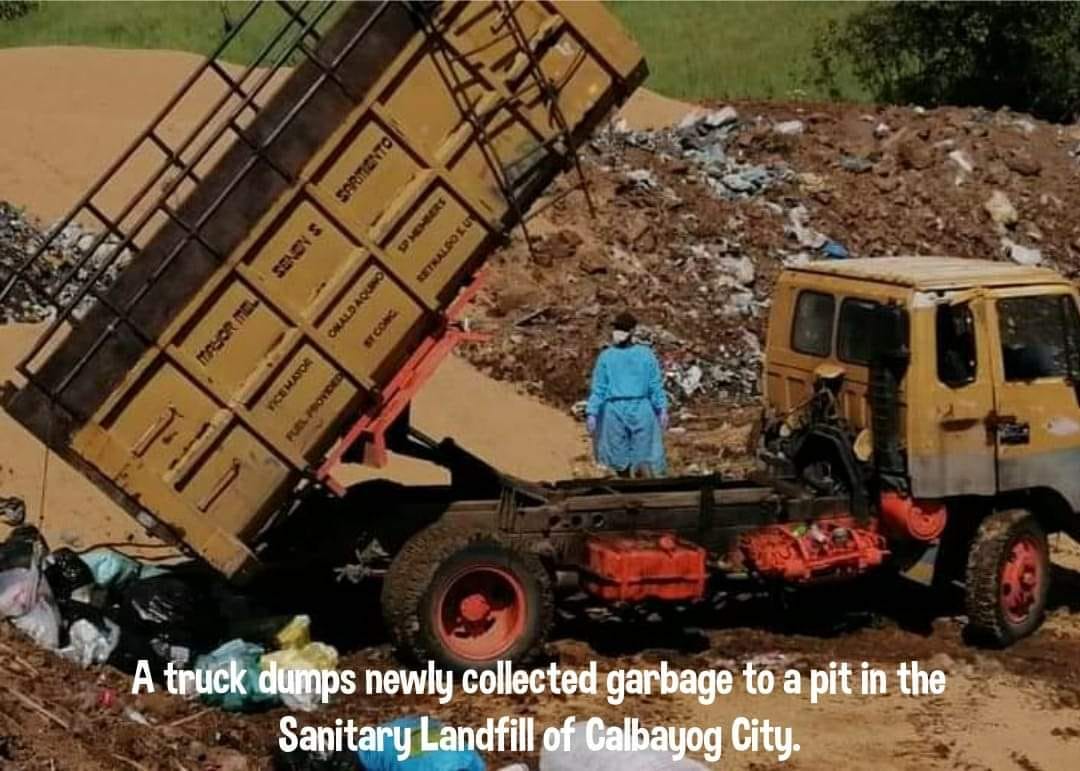 ACQUISITION OF EQUIPMENT: In March 6, 2017, the Sangguniang Panlungsod, issued Resolution No. 2017-08-069 “authorizing the Honorable City Mayor Ronaldo P. Aquino, CPA, to negotiate and contract loan in behalf of the City of Calbayog in the amount of one hundred one million five hundred thousand pesos (PhP101,500,000.00) with the Development Bank of the Philippines.” The Resolution is sponsored by Hon. Alex Gelera.
The Resolution states that the loan was for the city government “to finance the acquisition of several heavy equipment which are needed for various programs, including those involving solid waste management, civil works, general services, among others” while the city treasury “lacks sufficient funds for the said projects” there was the need to “avail of the loan facility of the Development Bank of the Philippines.”

Instead of the authorized amount of over a hundred million, the LGU in May 2019 acquired the loan to a reduced amount of Php96,133,662.00 in accordance with the amount quoted by the lowest and winning bid amount of the supplier/s for the 12 equipment mentioned.

Existence of the subject Resolution was acknowledged in page 57 of the COA Audit Report on Calbayog City for the year ended December 31, 2019 when it said in item 6.9 that “Management has recently provided us a copy of Resolution No. 2017-08-069, adopted by the SP on March 6, 2017, authorizing the city Mayor to negotiate and contract loan in behalf of the City to finance the acquisition of several heavy equipment needed for various programs.” 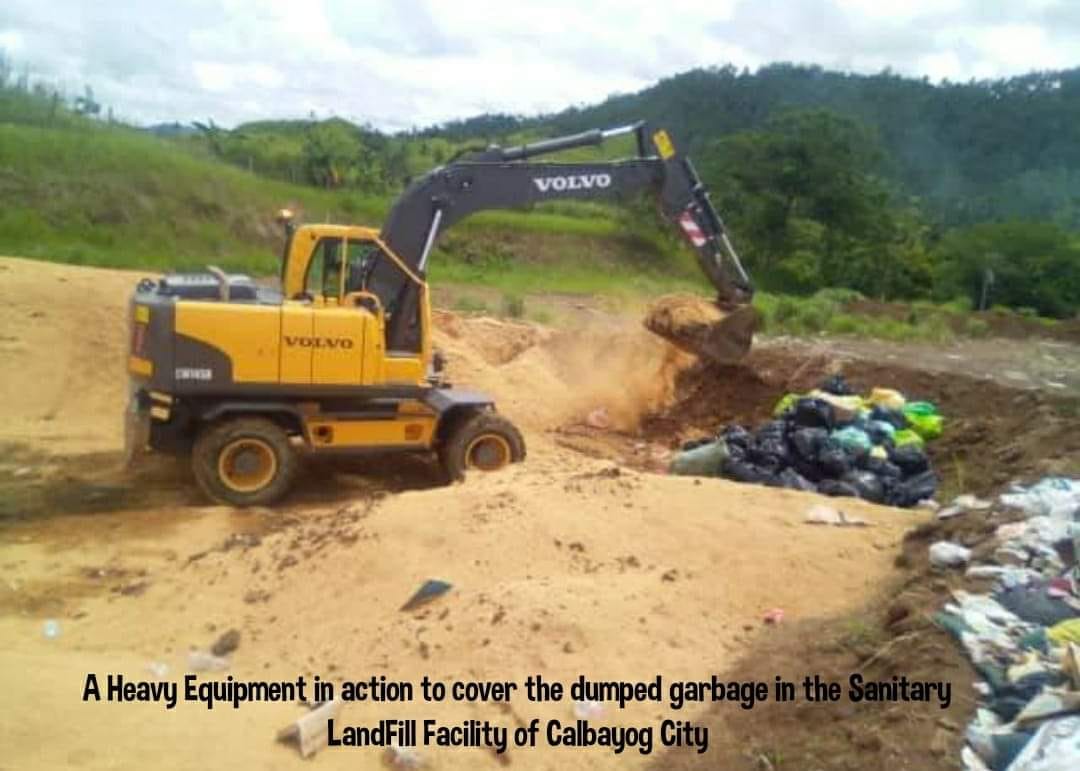 DENR-EMB RO 8 MONITORING REVIEW & RECOMMENDATIONS: The letter of DENR-EMB RD8 Maceda noted significant improvement in the sanitary landfill operation and maintenance such that a small area has been designated where fresh wastes are disposed with waste materials contained within the landfill cell and soil cover being regularly undertaken.

Among other improvements seen by the monitoring team were the rehabilitation of a drainage canal along the northern portion of the landfill and the existence of a newly constructed Central Materials Recovery Facility (CMRF) where waste processing equipment will be housed and operated when electric connections will be completed. 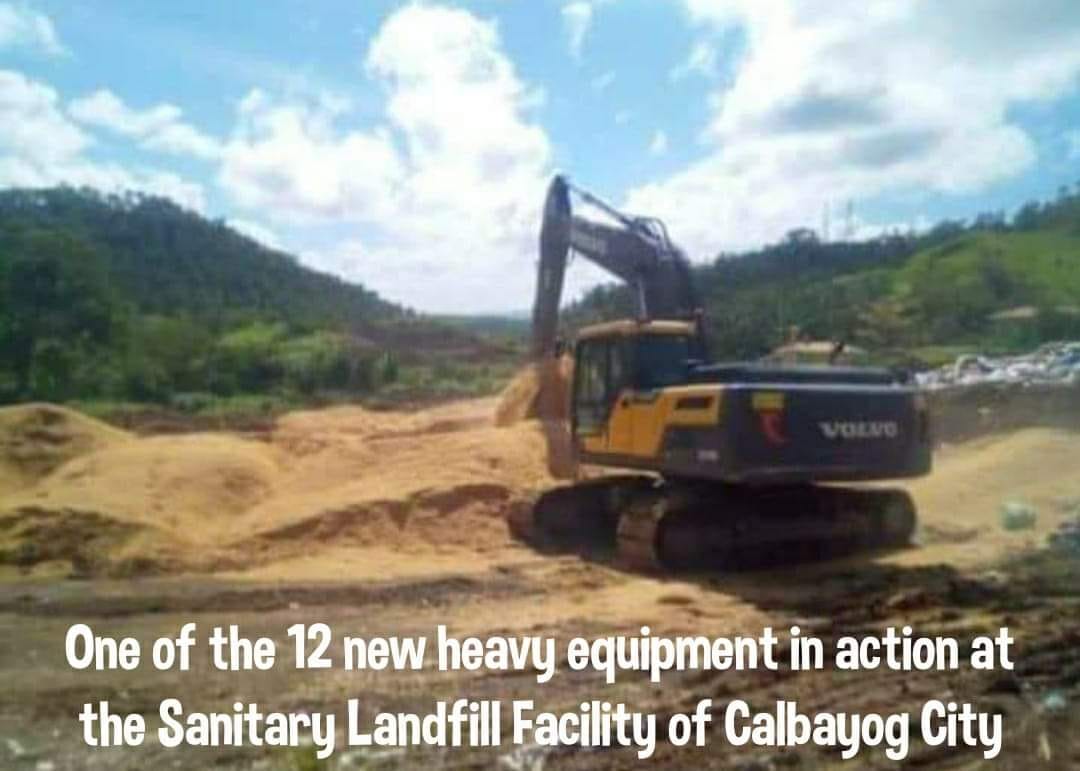 SUSTAINABILITY OF THE SLF: The SLF is 4.9 hectares wide with about 1.7 hectares currently utilized as landfilling area. At the rate of 90 to 100 cubic meters of daily garbage collection which is expected to increase as service area widens in the coming years, there is about 2.6 hectares more that can be made available for landfilling purposes in the years to come.

Engr. Gonzaga further told that “the present SLF area with the implement of equipment is sufficient to accommodate and manage solid waste of the city until the year 2029.”

Item 24.9 in page 114 of the same COA report states as follow: “We acknowledge the effort of the City in complying with RA No. 9003. We commend its officials and employees for a job well done. The City’s willingness to make a difference in this area is evident. The challenge now is the sustainability of the plan, as well as the transfer of technology to the constituents.” (CJ/JMM)

(for photos of the SLF equipment: https://www.facebook.com/media/set/...)