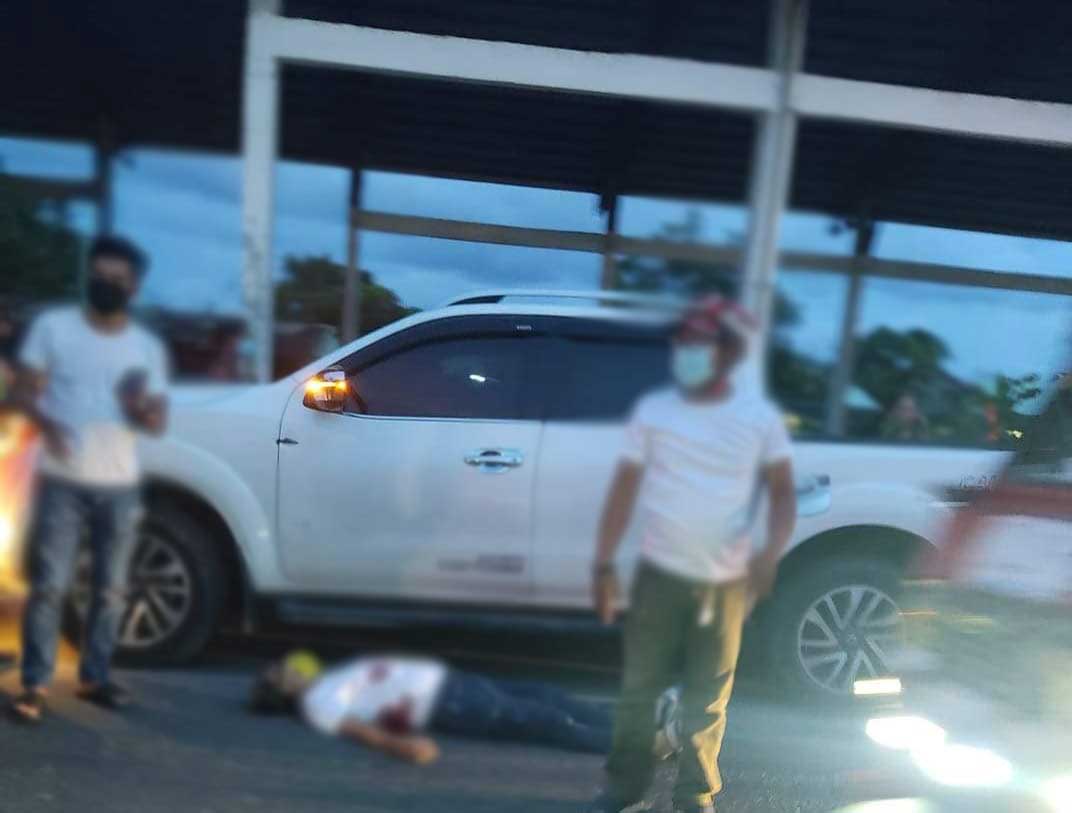 This photo was taken at the crime scene before the victim was brought to the hospital.
CALBAYOG CITY - A male person was seen lying with his back on the concrete road pavement after several gunshots rung out. The incident happened along Maharlika Highway in the vicinity of Barangay Matobato, in front of a public elementary school, at around 6:20 in the evening or thereabout, of June 19, 2021.

Police investigators, in its initial report, identified the victim as Salvador Biliran y Pellejera. He was immediately brought to Calbayog Sanitarium Hospital where he was pronounced dead-on-arrival by the attending physician, Dr. Arne Royce Cahilig.
Biliran was 59 years old, married, a civil and geodetic engineer by profession, employed in the city government and was head of the Land Titling Section of the City Assessor's Office.

In a random interview with vendors, bystanders and buyers in the flea market area, Calbayog Journal was informed that Biliran was seen alighting from his vehicle and went to buy shrimps. He was just about to get back to the driver's seat when he, without the slightest of provocation, was suddenly fired upon by still unidentified riding-in-tandem (assailants) who allegedly fled towards the north direction on board a motorbicycle.

The police report contain that the victim was in the company of his wife and grandson in his Nissan Navara pick-up when the incident happened.

The police is still in the process of investigating the matter surround the circumstances of the incident. (CJ)
Calbayog Journal, June 20, 2021.