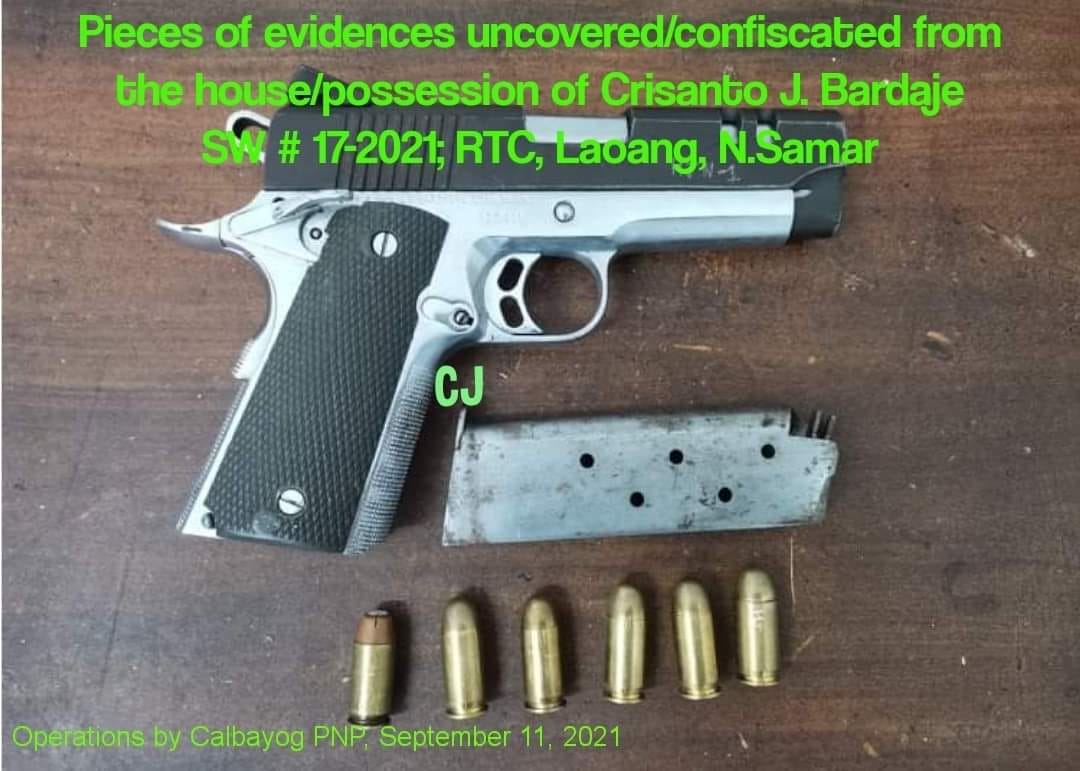 Subject of SW No. 17-2021, Crisanto Jalayajay Bardaje, was arrested in Barangay Maibog (lower happy valley area) of this city. He is 37 years old and jobless.

The search in the house of Bardaje in Barangay Maibog yielded a Colt MK IV caliber .45 pistol with serial no. 125611; one (1) magazine of caliber .45 pistol; and six (6) pieces of live .45 caliber ammunitions.

P/Lt. Abelardo Llanita informed Calbayog Journal that the Search Warrant against Bardaje was generated from a report by a concerned citizen.

“The report said that Bardaje was seen firing a gun in the boundary of Barangays Guin-on and Maibog during a “tupada” (cockfight) and the shots that rung out were heard by private citizens sometime during the first week of August,” P/Lt. Llanita said and continued to tell that “with the informants’ willingness to execute statements, the PNP filed application for the issuance of a warrant in the Regional Trial Court of Laong.” 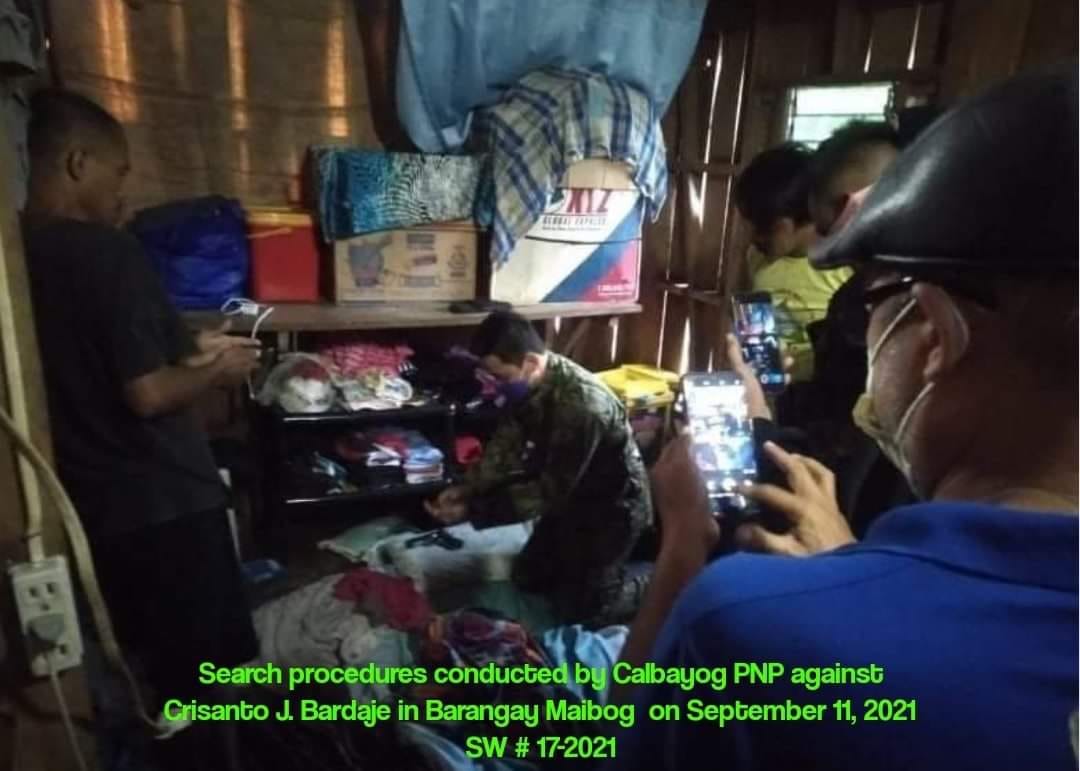 In another implementation, Search Warrant No. 18-2021 against Renato Abayon Daguman was conducted in Barangay Dagum. It, however, yielded negative of any firearms and/or ammunitions.

“On the basis of a report by one of his siblings and a nephew about subject Daguman showing off his firearms at times when he is drunk, the police applied for a SW in the sala of Judge Turla,” PLt. Llanita informed Calbayog Journal.

It however turned out, according to PLt. Llanita, that subject Daguman has 2 houses built near one another and the house pinpointed by the witnesses yielded negative of their complaints about the subject possessing firearms and/or ammunitions.

Subject Daguman was not arrested having no evidence found to make him answer the law. Subject Bardaje, on the other hand, is presently confined in the detention facilities of the Calbayog PNP Headquarters in Barangay Bagacay as he awaits procedures of inquest for violations of Republic Act 10591.

The police reports included barangay officials and media practitioners to have witnessed the two separate operations.(CJ/JMM)