Story by: JOSEPHINE M. MENDOZA
Photo: Sent in by a CJ Top Fan 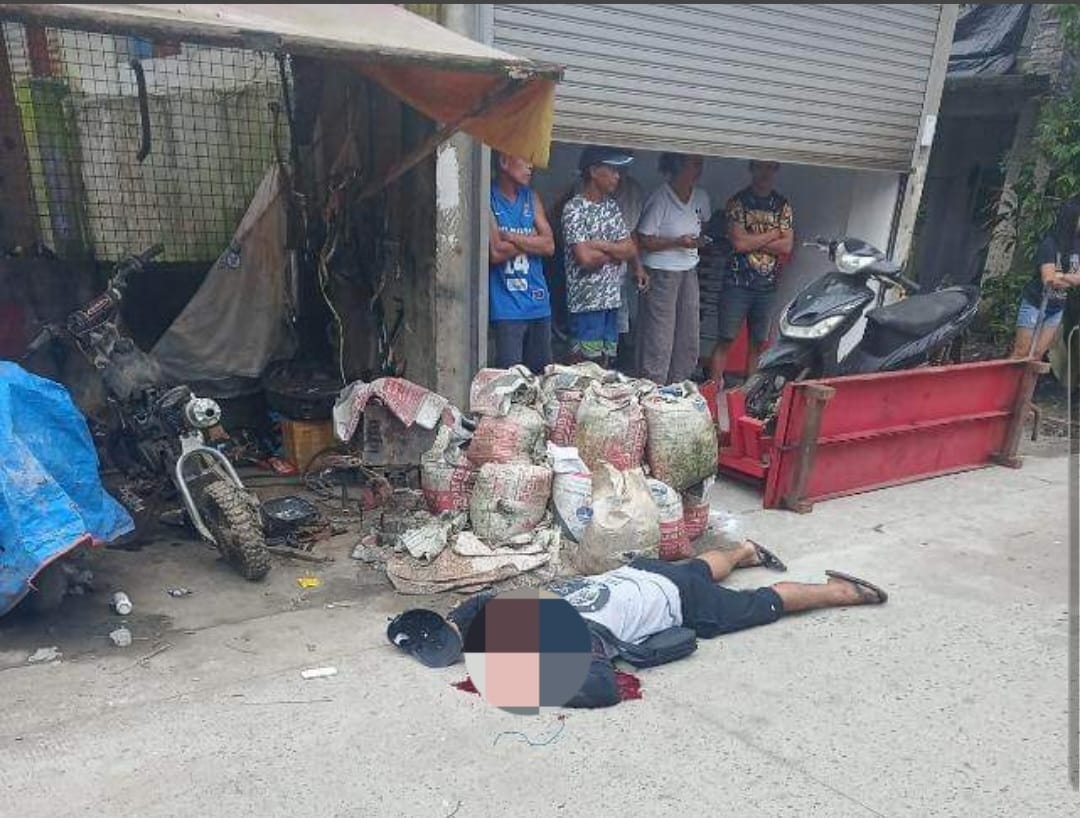 CALBAYOG CITY – The PNP Headquarters here logs first fatality of a street shooting-to-death incident by unidentified riding-in-tandem from the incident that happened on January 08, 2023, at on or about 9:30 in the morning, in the city’s Barangay Hamorawon, about 2 kms east of the commercial center.

According to reports, the victim was a peddler and was carrying his goods-for-sale headed farther eastward of the city when two still unidentified suspects on board a motorcycle caught up on the victim. The backrider immediately alighted from the vehicle, draw his gun and started shooting, hitting the victim at his chest several times.

The victim still managed to run away from his assailants but not too far away because he fell to the ground just several meters from where he was shot. He was found lying prostrate, bleeding and lifeless by the policemen who responded to the incident.

The still unidentified riding-in-tandem immediately fled the scene towards an unknown direction.
Calbayog Journal was told that the victim was selling bed mattresses and other bedding materials on installment basis. He was frequently seen passing by the area headed towards Barangay Palanas, a barangay located farther east from the commercial center of the city.

Earlier in the month, on January 04, 2023, one of the hospitals in the city reported to the PNP about treating a victim of a shooting incident in Barangay San Policarpo (about 3 kms north of the city’s business district). This victim survived and is still in the hospital recuperating from gunshot wounds.

Police officers are deployed in the hospital to secure the victim from farther harm that may be inflicted by his perpetrators who remains unidentified as of press time.