Noted for pioneering the conduct of a fun run event in the city with over a thousand participants during the first hosting, the Rotary Club of Calbayog will again host its second fun run event on October 15, 2016 (3PM), inspired with the theme “Run to End Polio and Nourish the World.”

Being able to raise the amount of Php100,000.00 for the “End Polio Program” during the first fun run hosting, Calbayog Rotarians are confident that the generosity of partners, donors as well as (major and minor) sponsors with the enormous support from the community will again be stirred to support the “Calbayog Rotary Fun Run 2016.” 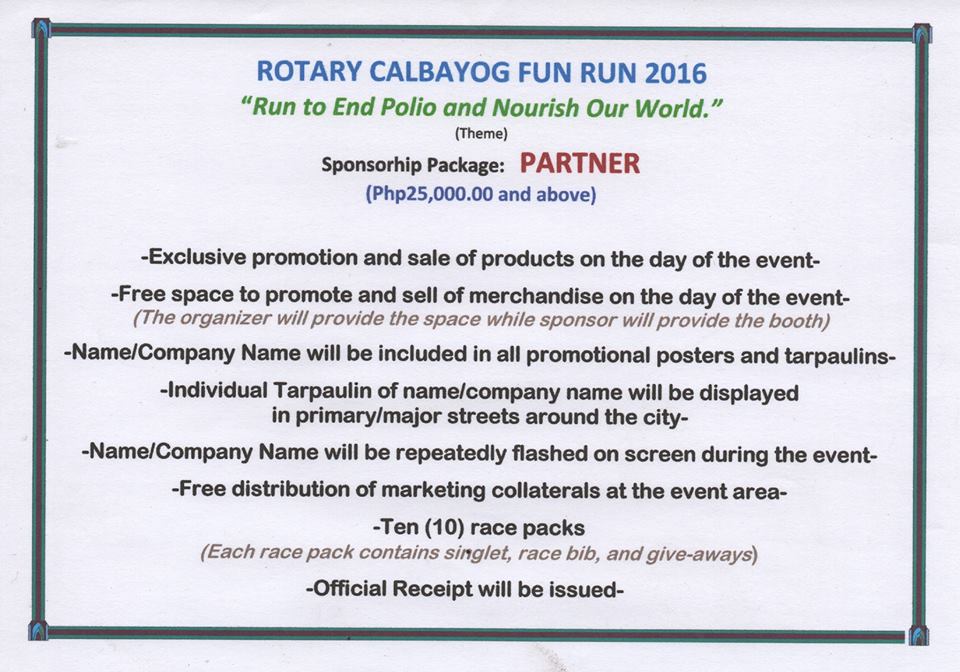 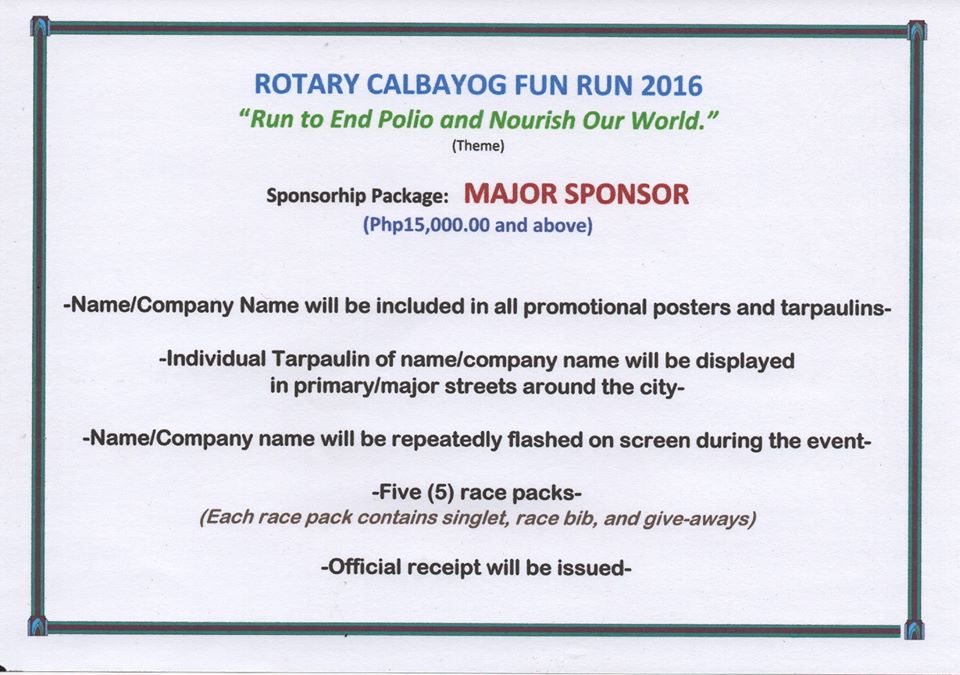 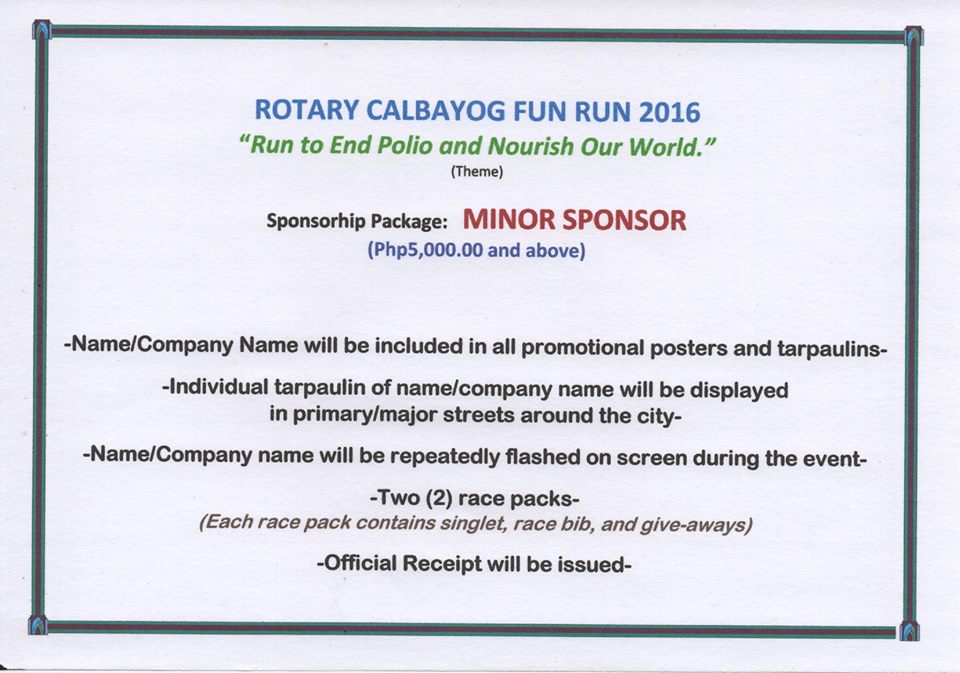 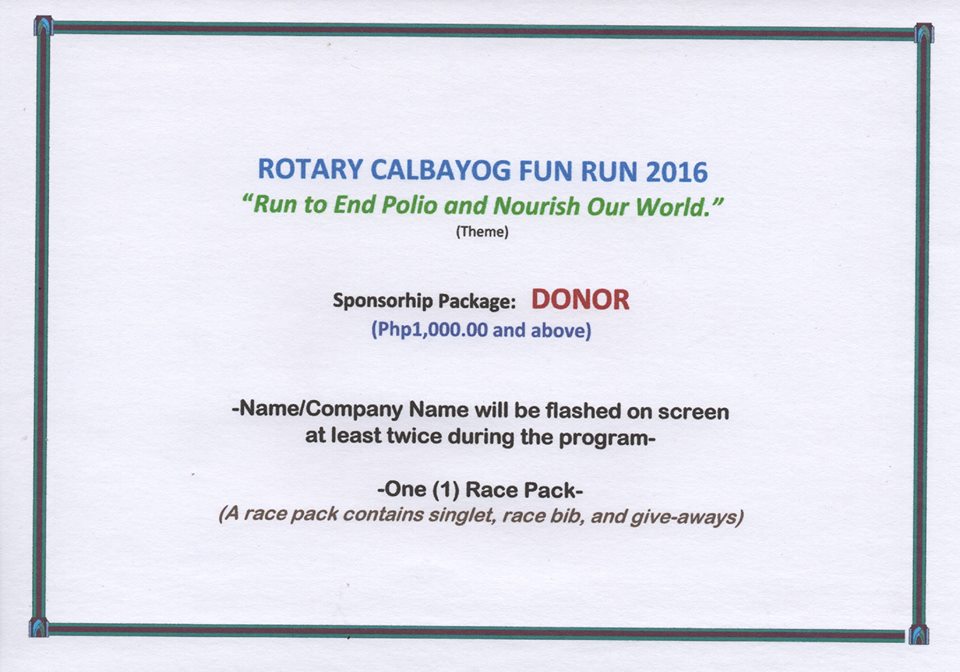 Participation and support of the Local Government Unit of Calbayog and the neighboring towns, the private companies, the academe, civic and non-government organizations and other sectors in the community have been requested thru invitations sent.

With the event being scheduled within the Children’s Month Celebration, elementary pupils and high school students from both public and private schools are also expected to join.

Rotary Calbayog Fun Run 2016 is seen to earmark sufficient funds for the malnourished children and the prevention of polio incidence in some communities.