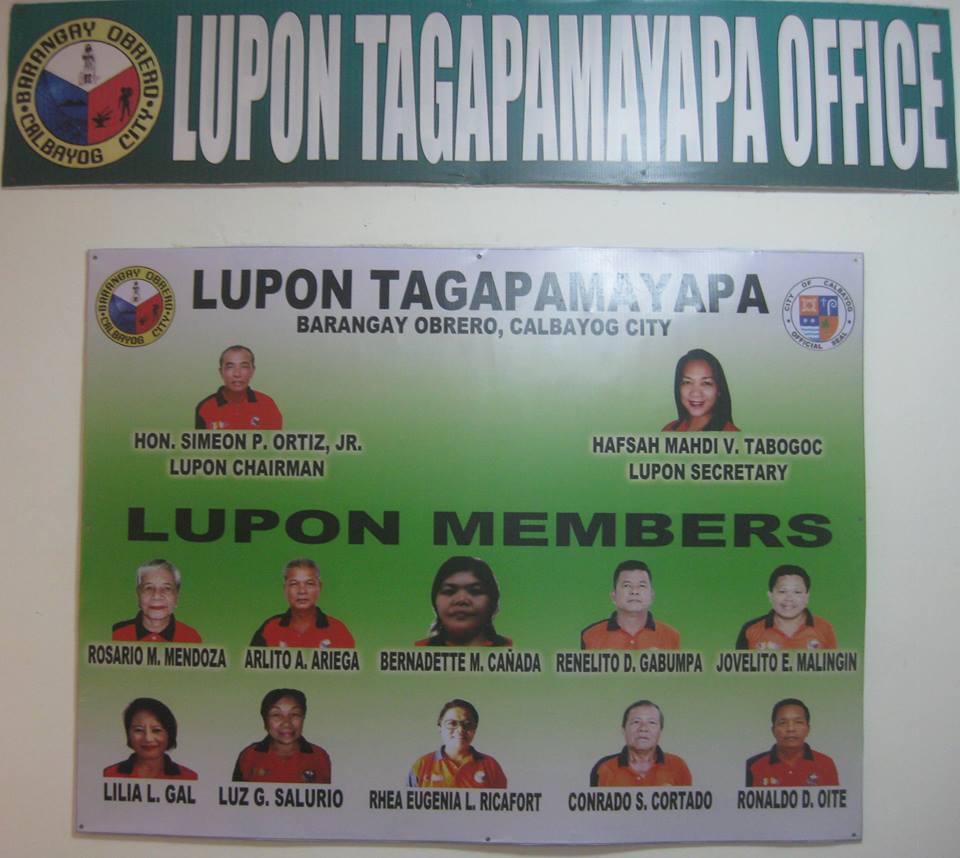 The LTIA is an annual Award Program as prescribed in the Local Government Code in recognition to the vast contribution of the Lupon Tagapamayapa or Barangay Justice Committee in the promotion of the functions of Katarungang Pambarangay where one of these is the community’s method of resolving disagreements among the constituents or personalities right within the community without the need for such disputes to reach the civil courts.

This award is also an instrument to strengthen the system in providing economic benefits and other incentives to exemplary performances of Lupons.

In recognition to its performance, the city government, thru Mayor Ronaldo P. Aquino, bestowed upon Barangay Obrero Lupong Tagapamayapa a Plaque of Recognition during the celebration of the Barangay Night at the CKC Gymnatorium on October 15, 2017. 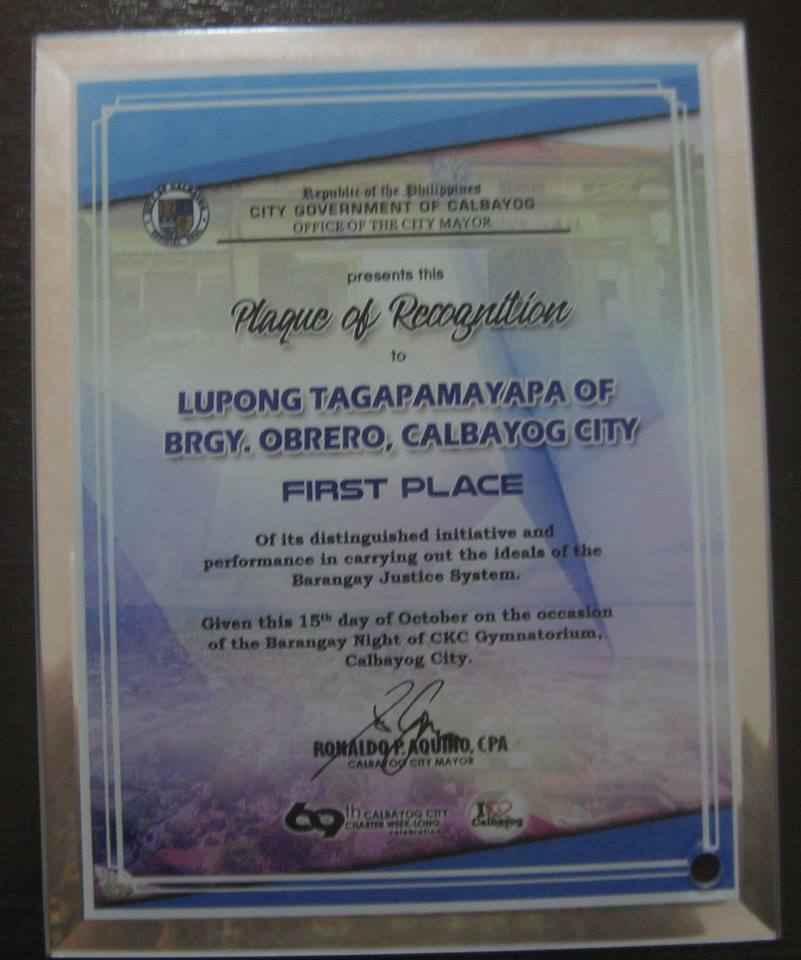 LTIA regional top performers in Component Cities Category are entitled to a cash incentive of Php50,000.00. The check corresponding this reward in Eastern Visayas was issued by DILG Regional Office 8 in favor of Barangay Obrero in recognition to being the region’s top performer after having passed thru a series of assessment and evaluation. The check dated August 2017 was recently released to the Barangay.

“The amount will be utilized in the procurement of implements that will enhance the performance of the Lupon in accordance with to the limitations provided,” Obrero Punong Barangay and Lupon Chairman Simeon Ortiz informed Calbayog Journal.

As prescribed under the guidelines of the LTIA, Ortiz added information that “the barangay submitted the required proposal whereby the issuance of the check in favor of the barangay is indicative of the DILG’s approval to how Barangay Lupon will utilize the cash incentive.”

Meanwhile, the Sangguniang Panlungsod of Calbayog City passed and approved a Resolution in recognition and appreciation to the achievement of the said barangay. The Resolution says that the accomplishment of Barangay Obrero has helped a lot in the maintenance of peace and order in the barangay thru the expeditious and effective implementation of the Barangay Justice System that is worthy of recognition and emulation by other Lupons. The Resolution of Commendation will be presented to the outstanding Lupon on Monday, November 6, 2017, during the regular Monday morning program of the city government.

“After the recognition rites at the City Hall on November 6, the Lupon will await call for the final date of awarding ceremonies tentatively scheduled on the first week of December this year at the DILG Regional Office,” Ortiz said.

Placing second in the LTIA city level in the year 2015, Barangay Obrero Lupon climbed their way up to be the city’s first placer in 2016 and recognized as first runner-up in the regional level in that same year. 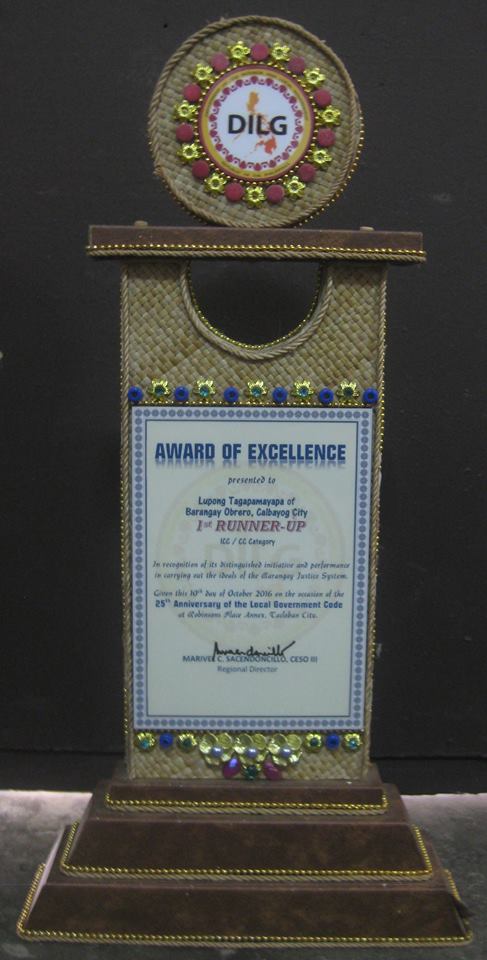