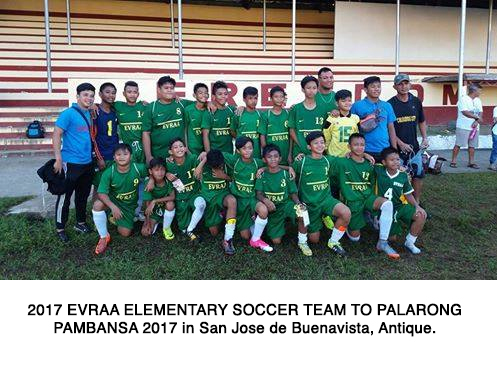 SAN JOSE DE BUENAVISTA, ANTIQUE – Eleven of the eighteen-man team in the elementary division’s soccer team of the Eastern Visayas Regional Athletic Association (EVRAA) are from Calbayog City. With 7 other selections (two players from Southern Leyte, two Taclobanons, two from Ormoc City and 1 from Leyte) the EVRAA Soccer Team are now in the Palarong Pambansa 2017 vying for the win.

Winning over the Cordillera Autonomous Region (CAR) team to a score of 2-1 in their second game in April 24, 2017, EVRAA (elementary) Soccer Team stands one-win and one-lose having lost to Negros Island Region team in the first game two days earlier. 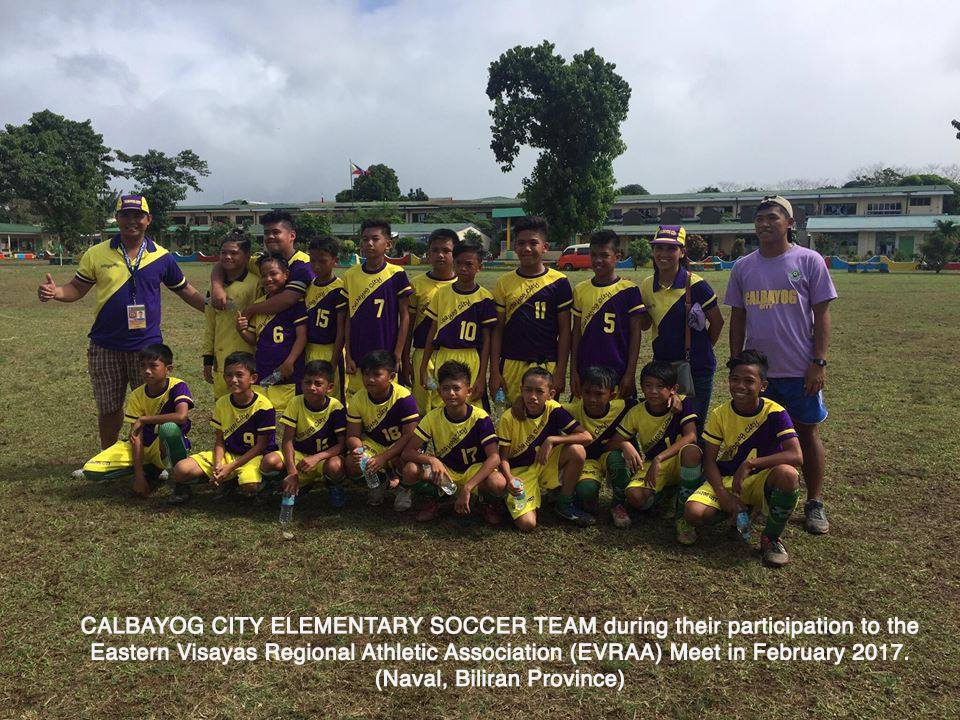 The eleven Calbayognons are a selection of the best from the best. It can be recalled that Calbayog team ruled the championships in the elementary category of the soccer games in EVRAA 2017 held at Naval, Biliran on February.