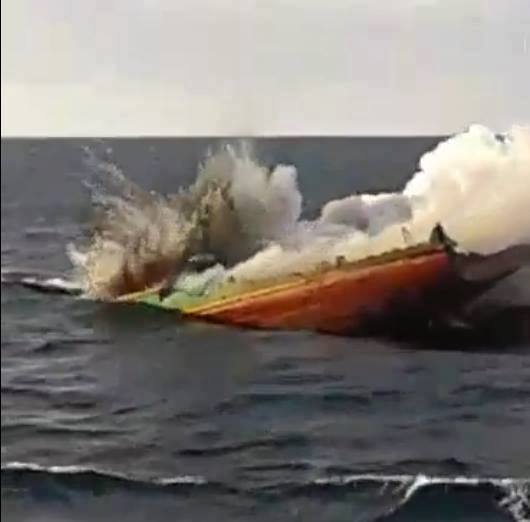 TACLOBAN CITY – Twenty-eight (28) crew members were rescued from cargo vessel that submerged in Dawahon Island in Bato Leyte in the night of January 17, 2017. One crew member is reported still missing as of press time.

The report was received by the Coast Guard Substation in Hilongos which was then dispatched to Coast Guard Stations in the municipalities of Bato and Hilongos, Leyte for coordination.

With vessels 3504, MV Ocean Kingdom, M/V Butuan and LCT-PMI 8 utilized to heed the need, the coast guards’ immediate conduct of search-and-rescue-operations saved 28 crew members from the sinking M/V Meridian Tres. As of 9:45 PM of the same night, one crew member, Benjamen Orola, Chief Operator 2 of the vessel was declared missing. 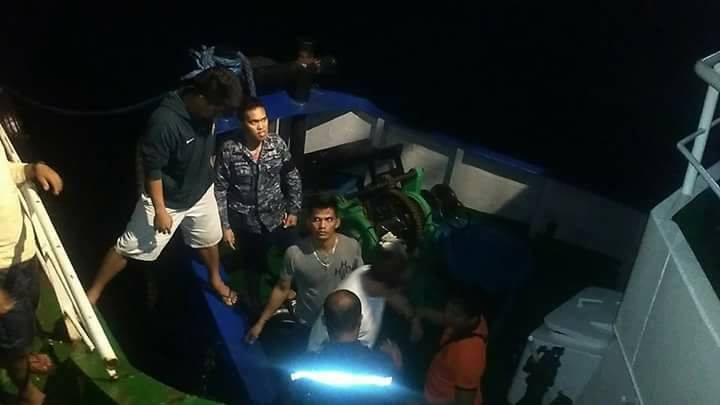 Those who survived from the ill-fated cargo boat, are as follow:

Investigation revealed that M/V Meridian Tres departed Cebu City port enroute to Tacloban City with 29 crew members on-board including the captain of the vessel. While navigating Sto Niño Dive Site, Bohol, the vessel was battered by strong winds and big waves prevailing in the area causing the stock pile of one hundred twenty-six (126) units of twenty-footer container vans and five (5) units of ten-footer container vans of assorted goods collapsed rendering the port side of the said vessel to tilt by 40 degrees.

Meanwhile, the Coast Guard advises all vessels transiting in the area to be on look-out of the missing crew member and provide necessary assistance as well as report to the nearest Coast Guard Station if sighted. M/V Meridian Tres is a cargo vessel skippered by Capt. Napoleon Emphasis owned and operated by Meridian Cargoes Forwarder Incorporation. (CJ/MEL CASPE) 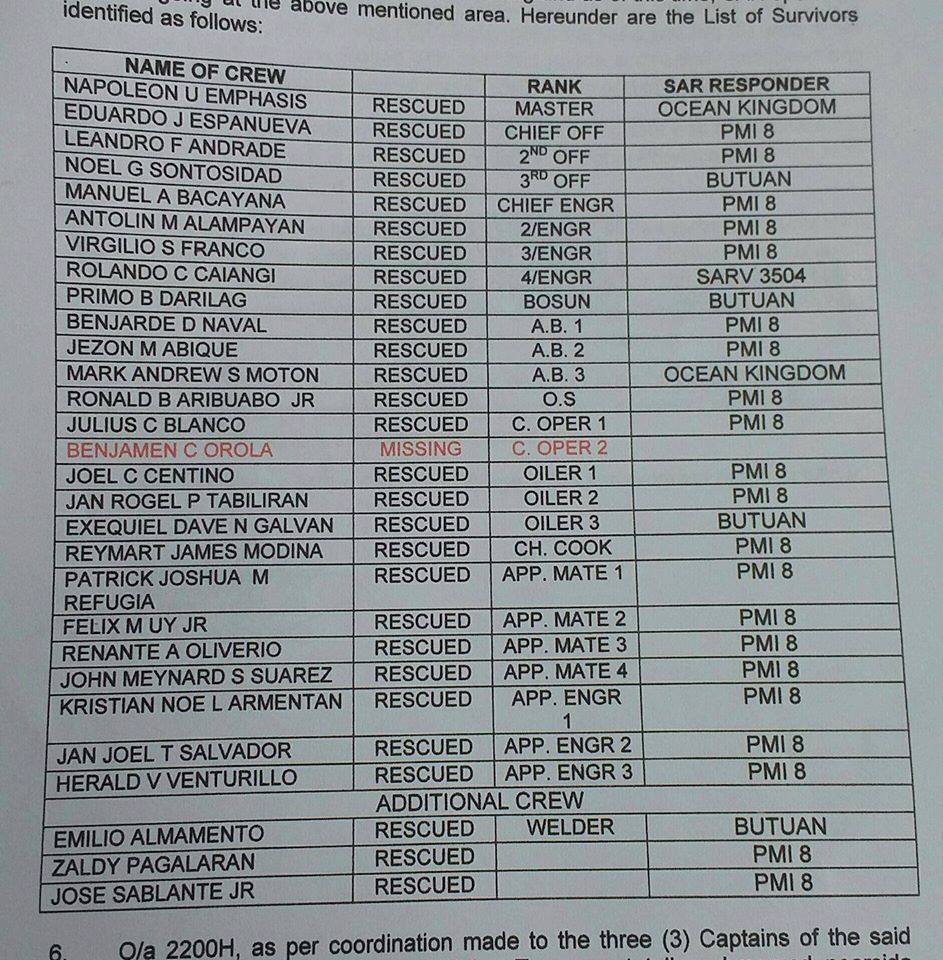