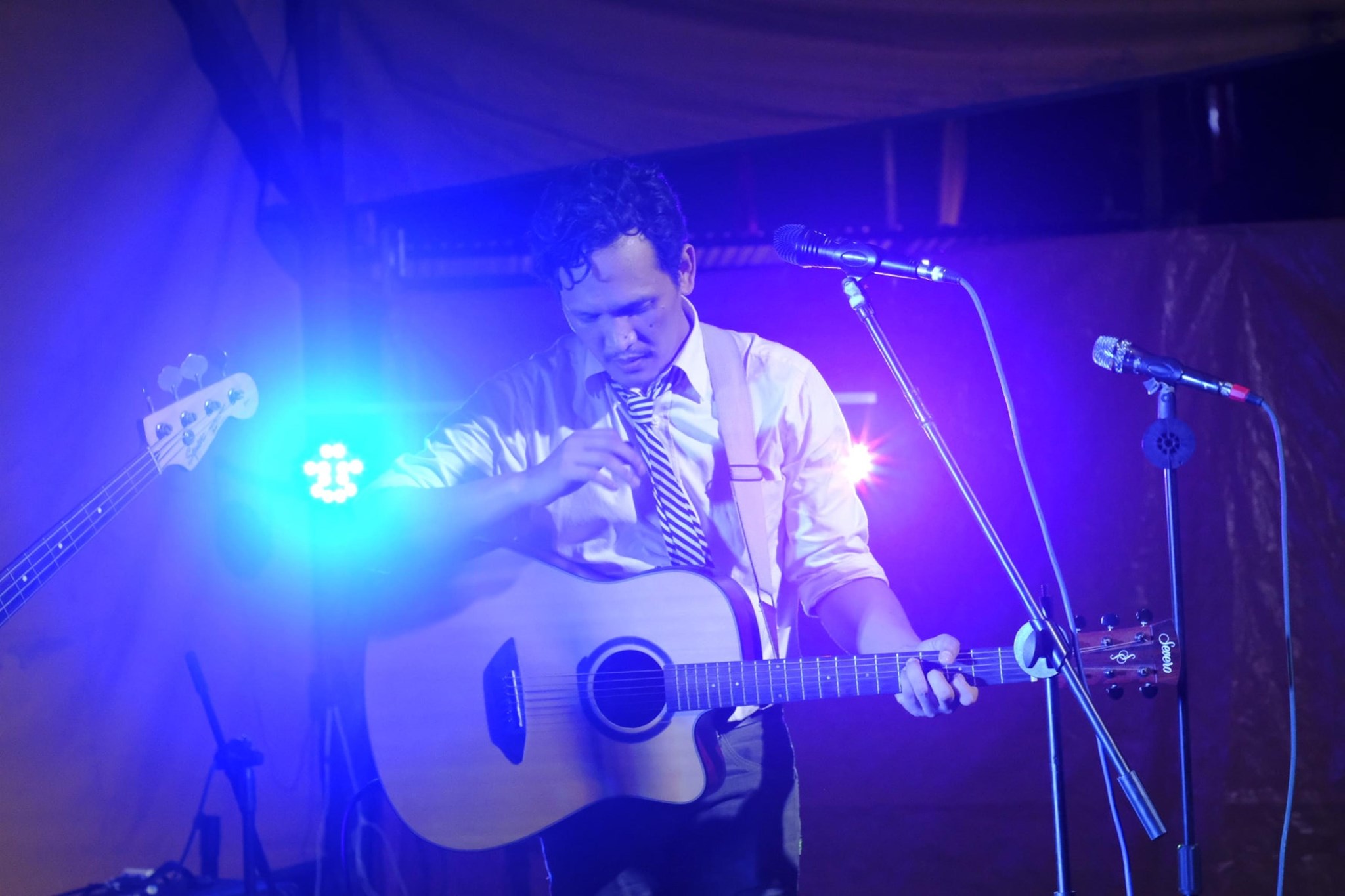 I was born and raised in Calbayog City, Samar. I am currently based in Manila. I grew up and lived in Calbayog until I was 16 years old. Being the son of Ronaldo "Roni" Obong and the nephew of Reynaldo "Bong" Obong, Jr., both accomplished singer-songwriters, a lot was expected of me as everyone saw my talent in singing early on.

My parents, aunts, uncle, and my grandmother encouraged me a lot during my elementary and high-school years - having me sing in schools and join city-wide contests.

I was a member of the Christ the King Sayawitan Glee Club led by Pepito Ramirez during High School. On my fourth year there in 1999, I wrote our batch's graduation song and that was the first musical composition I ever wrote.

The years that followed after that were my time in college when nothing really happened as far as my artistic life is concerned. Those times, however, helped me shape my initial tastes in music. It was then when I first delved into challenging music (as I was only into pop & ballads before).

Of course, being a teenager, most of it was angsty in the beginning. I went through the rap/hip-hop phase, then to nu-metal (& a bit of heavy metal), to the then-burgeoning emo, and of course the physically reachable OPM rock. But all of these were only a phase.

I started to take song writing seriously when my brother Royce and I teamed up to form our first band, “Freeradio” in 2006. Heavily influenced by grunge, folk, and classic rock, he provided the guitar riffs and I laid the lyrics and melodies.
In a year's time we had enough material to release an album. So, with the rest of the band, we recorded it in lo-fi and released it independently. 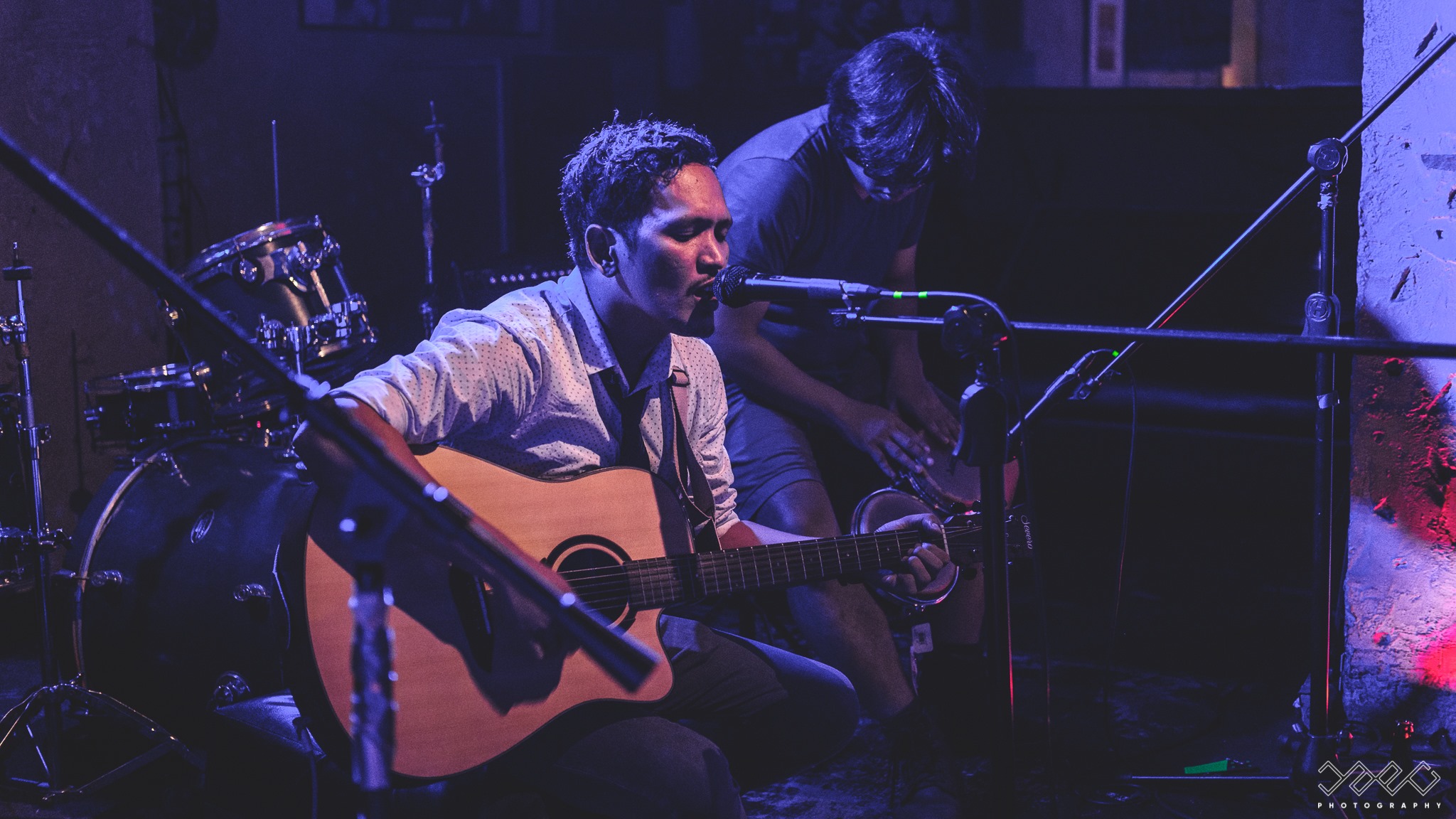 Rob: For the love of music.


We played several live performances both in Calbayog and in Manila. All of them were underground - meaning there were no radio plays nor any media coverage whatsoever.

We relied only on word-of-mouth for promotion of our performances - from our friends to their friends and to their friend's friends, and so on.
Of course, we also made our songs available online. This was the time when Friendster and MySpace were still the leaders in social media. But YouTube was the one that gave our music the worldwide reach.

There were a few fans from Mindanao, the UK, and the US who reached out to us praising our songs. One fan from New York even covered one of our songs.
By 2008, we almost hit it big as we guested in Studio 23. We also opened for Typecast as well as Bamboo. Then unexpected events forced us to go on hiatus. The momentum was abruptly stopped.

In 2009, I bought a 2nd hand classical guitar. Even with my limited guitar-playing skills, I started writing and recording in my small apartment in Pasig. Since then, I was releasing song after song after song. All still in the production style of Freeradio - lo-fi, underground, no profit, just purely for the passion.

In 2010, I created my own record label calling it Jam Lemon Records (a play on John Lennon's name which was an inside joke among my friends). With the label, there was a sense of direction as I housed under it my succeeding solo releases, the Freeradio Extended Play (EP) recordings that eventually followed, and an album by Brain of Zafra (a friend from Mindanao who I came to know because he was a fan of Freeradio). All of these were dirty recordings - the lo-fi aesthetic that we embraced since the beginning. You get to focus on the song writing when you do away with too much technicalities.

In 2012, with the help of my friends and bandmates, I staged a small show in Calbayog called “Home Is Where The Art Is” which combined music, poetry, photography, paintings, as well as interviews with artists and poets both young and old.

Back in Manila, as Freeradio's presence was sporadic and in spite of my solo album releases, I wanted to have a regular band - one that will consistently play live.

I had a short stint with a rap-metal band that I eventually left due to differences in artistic and stylistic approach. I, however, wrote a couple of songs with them and one of those is my current single “Nowhere to Run” which I totally undressed - just retaining the lyrics & melodies as its heart & soul, and placing simple chords as its basic clothing. 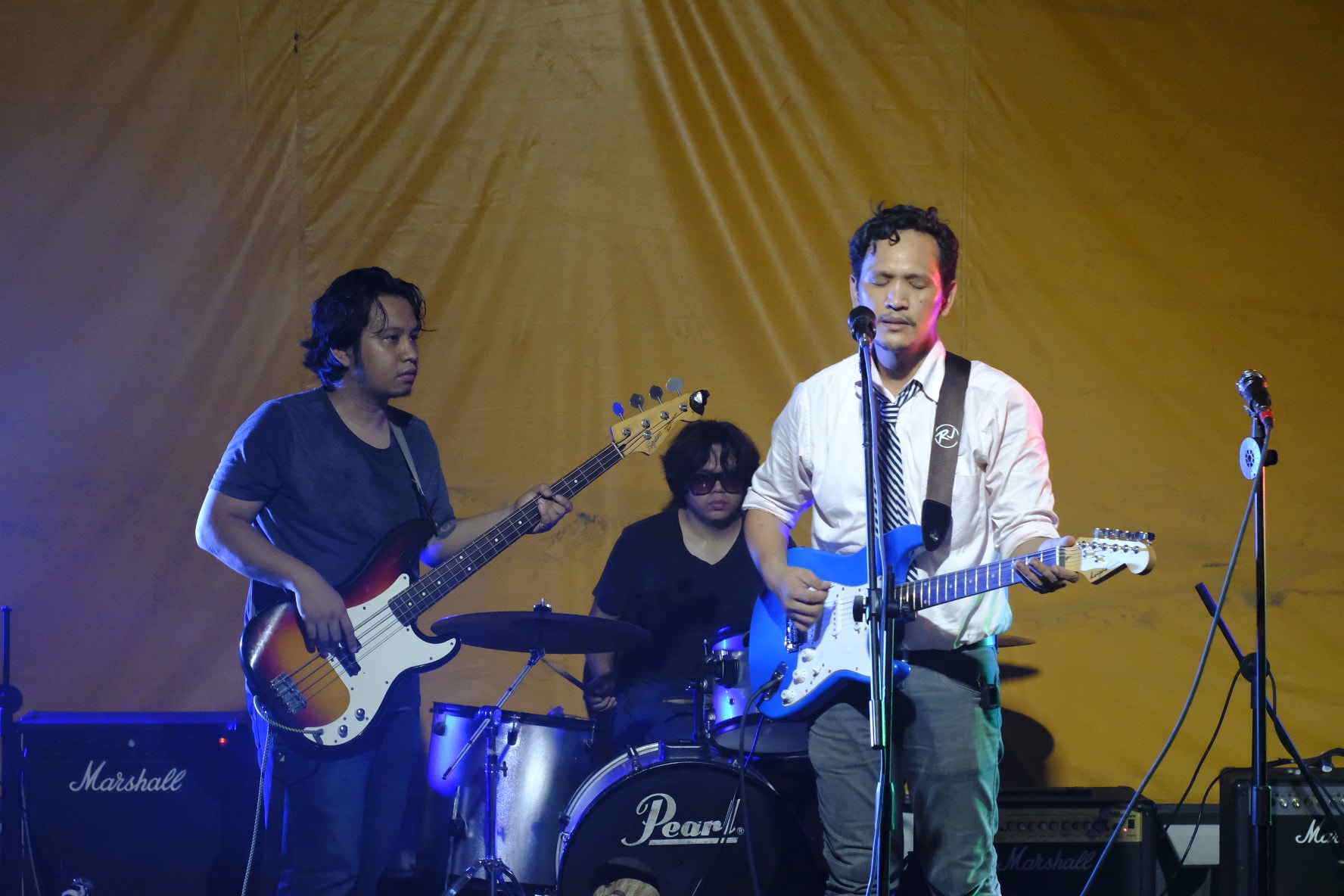 
The huge turning point for me was when my Uncle Bong passed away in 2013. We planned that I sing some of his unrecorded compositions alongside my production of remakes of his old songs to be played by different Calbayognon bands.

A year before his demise, he scolded me about my lyrics. I was glued to his words. He did not like that all my songs were written in English while my native language is Binisaya.

I promised him then that I will write Waray songs. Thus, I made certain that I keep good of that promise.

I partnered with Don Davis Pido (a native of Calbayog’s neighboring town, Sta. Margarita) to produce “Pan-Upat Nga Sumat.” It is a 9-track album full of Waray songs in the modern folk/alternative genre.

We gave free copies to our friends and families and felt satisfied with what we have accomplished. On top of it all, however, is one of my utmost regrets. . .Tito Bong was no longer around to listen to the album.

In that same year, Don and I decided to form a band because both of us wanted to regularly play on stage again. We created Poor Dead Rats.

Our music was in the classic rock n' roll and blues genre. We would play live every now and then, albeit, all through underground productions. We rarely stopped.

In a couple of years’ time, we already get booked and paid for playing out-of-town gigs and even festivals.

Sadly, however, it was not meant to last longer than it had. I experienced heavy bouts of depression that would take days, and sometimes even weeks. I was out of creative juices. We tried resurrecting the band a couple of times but ultimately, everyone gave up.

Three of the band members eventually formed a new band which is now The Bed Bites.

In 2016, I was closely involved with the Maharlika Artists & Writers Federation - playing in their shows and gigs and actively helping the less fortunate. It was their group that gave me new perspectives on art, spirituality, and life in general.

In 2017, I went through my worst phase of depression. It lasted for almost a year. Even worse as it was accompanied by strong suicidal thoughts. I sought professional help from psychiatrists but refused to take any medications.
I decided to help myself with Marcus Aurelius' book, “Meditations” and a generous serving of Jordan Peterson's YouTube videos, basically manning up and controlling my emotional side.

After just a short while I was back and ready to make new music again. I recorded a very lo-fi EP called “Where There's a Bend” and sold CDs of it.

Later that year, Ryan Babon, a fellow Calbayognon wanted to make an album of his songs with my help and the rest of Poor Dead Rats along with Chris Evert Sabijon, an old friend of mine. He dubbed the group Banyan Project. We quickly recorded the self-titled album and released it on major online streaming services in 2018.

I went to Calbayog in April of 2018 to help on “Home Is Where The Art Is - Part 2.” This time we incorporated stage plays (by Alugahi) and on-the-spot painting (by SaHa Artists). 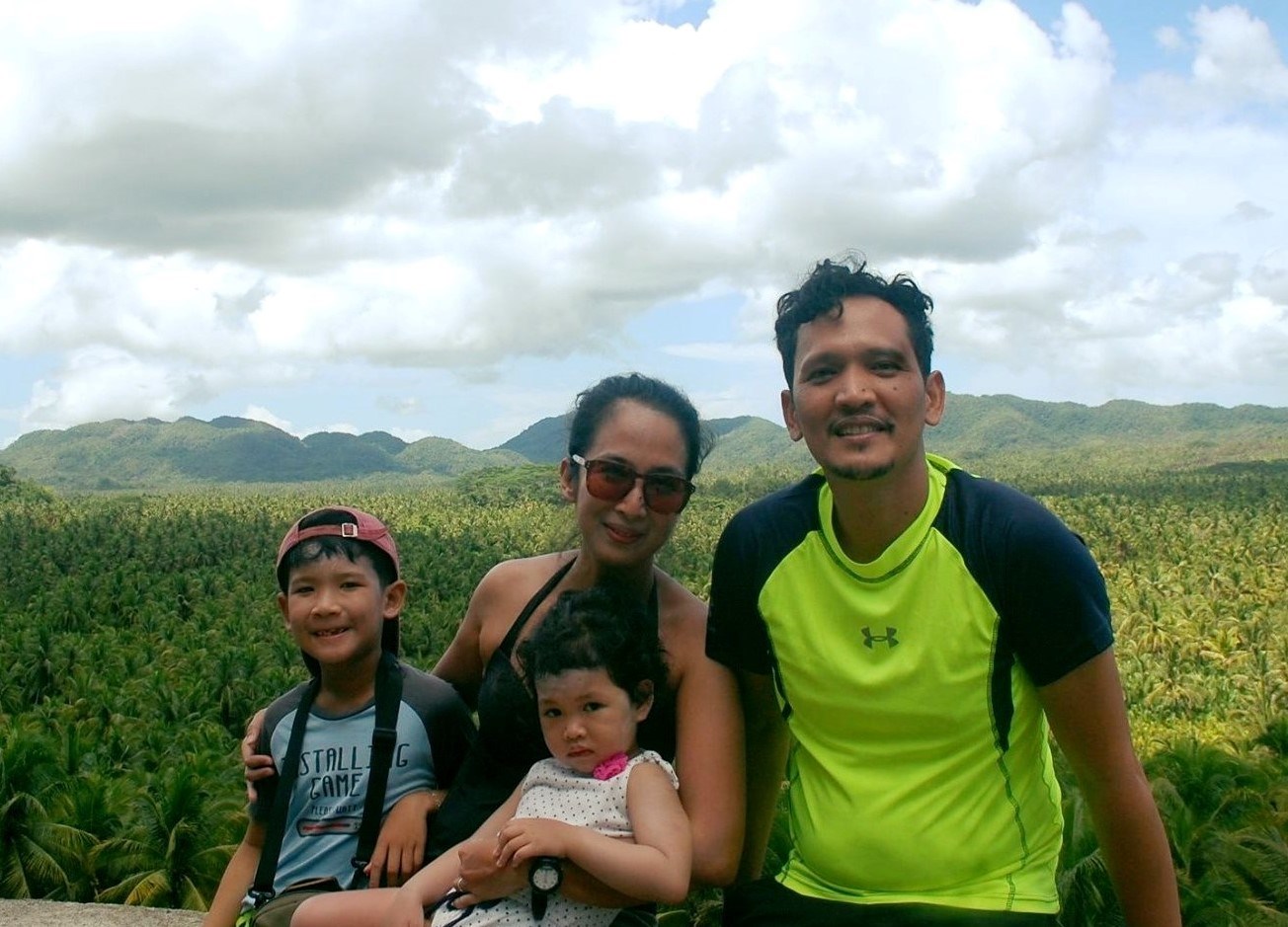 
Not long after, I came up with another EP recording consisting of pure electronic instrumental music called “Temperaments” and sold it digitally - direct from artist to buyer.

As I felt that I already regained momentum and not wanting to lose traction, I decided to officially release a couple of old solo recordings through major online streaming services. I then opened Jam Lemon Records to the public for commercial recording.

2019 is the year that Jam Lemon Records really kicked off. With the help of my ever-supportive wife Tracy, my benefactor & good friend Dodge Benigian, and my drummer/technical consultant Spart, we were able to establish the brand in terms of music production, events, and artist management. 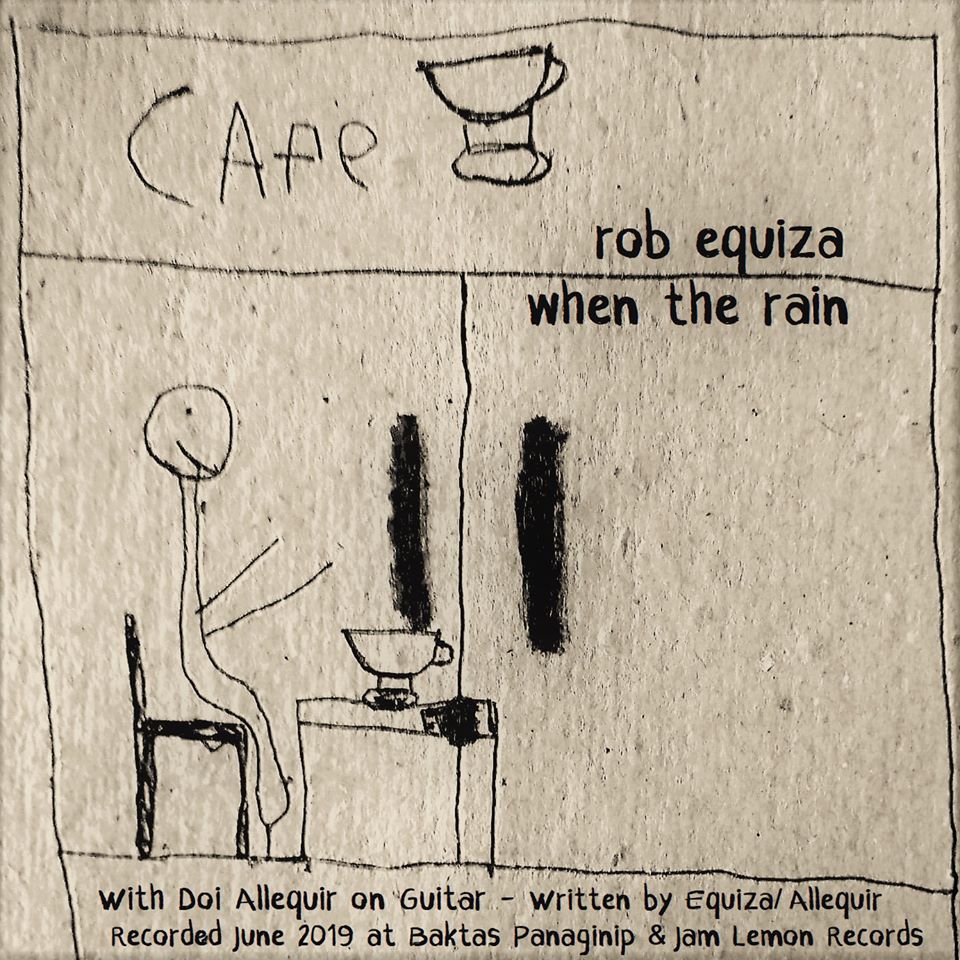 Cover Art for Rob's Song "When the Rain" as drawn by his son, Dylan!


I now work with a handful of artists, continuously generating ideas, and helping out establish small artistic communities. I manage 2 bands and 1 solo artist and at the same time produce other people's music aside from mine.

Including Freeradio & Banyan Project, I have released 15 records in total and I want to expand that body of work through my role as a producer/sound engineer. (Most notably, I have worked on the remaster of The Ballsbreakers' debut album Songs for Fredo).

I still let other underground labels produce some of my songs because I love collaboration. It is one of the most important things my father taught me - that making music is not always supposed to be self-contained. And that's exactly the reason why I no longer want to be in a band and prefer sessionists now. 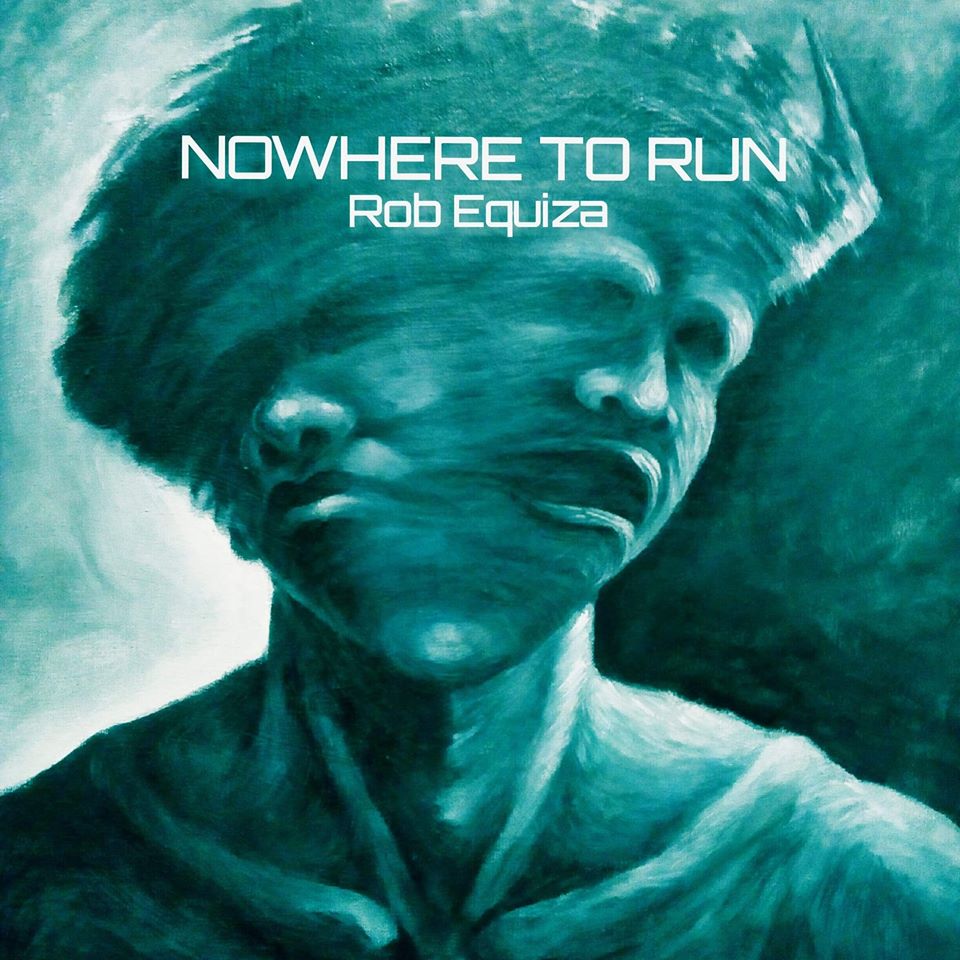 Cover Art of Rob's released single: "Nowhere to Run." It is painting by Dalnold Laotingco.


I have become active this year again playing live, with a current focus on my recent Folk Tagalog material. I am more streamlined in my direction and goals compared to before. It's still underground music but with a cleaner production, albeit retaining the organic sound.

I still have episodes of depression from time to time but I've become better in handling it. It really doesn't go away. You just learn how to live with it. Most times, I use it as a fuel for my art. Most artists do.

If you don't acknowledge your dark side then you're not really accepting who you are as a whole.

So whatever twists and turns life presents, I pray that you soldier on. 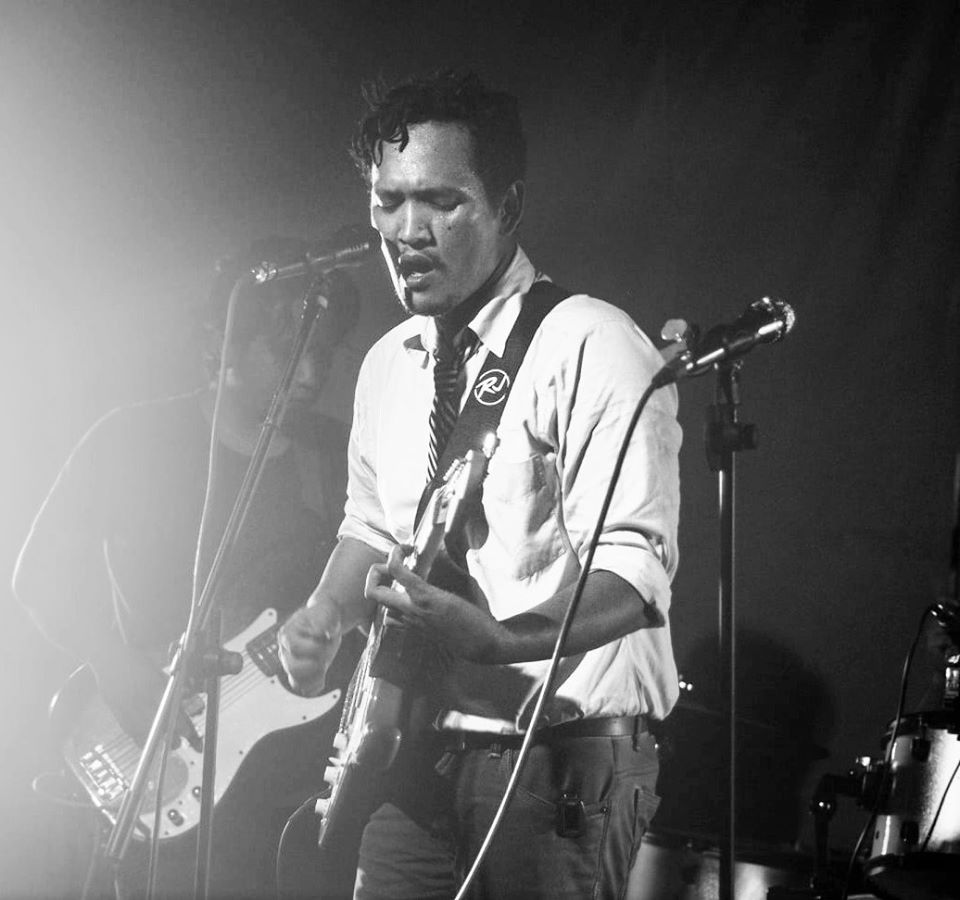 ROB EQUIZA, in one of his performances.

Rob, better known in Calbayog by his given name Robee Obong, is an indie musician who has been writing, recording, and producing his own music since 2007 - both with past bands and his solo material.
He has released, so far, 5 demo albums and 2 EPs, but have only made his music available through major online streaming platforms in 2018.
Although genre-hopping, his songs are mostly in the adult alternative genre. He has his own small record label called Jam Lemon Records that aims to help out starting bands and artists.

On his latest offering, he is backed by Randall Jarell Marc on bass, Don Davis Pido on lead guitar, and fellow Calbayognon Doi Allequir on acoustic guitar.
The cover art is a painting by visual artist Dalnold Laotingco who is also a Calbayognon.

You can also buy the mp3s direct from the artist here: https://bit.ly/2J32B9S
And watch out for his songs on Radyo Natin FM soon! 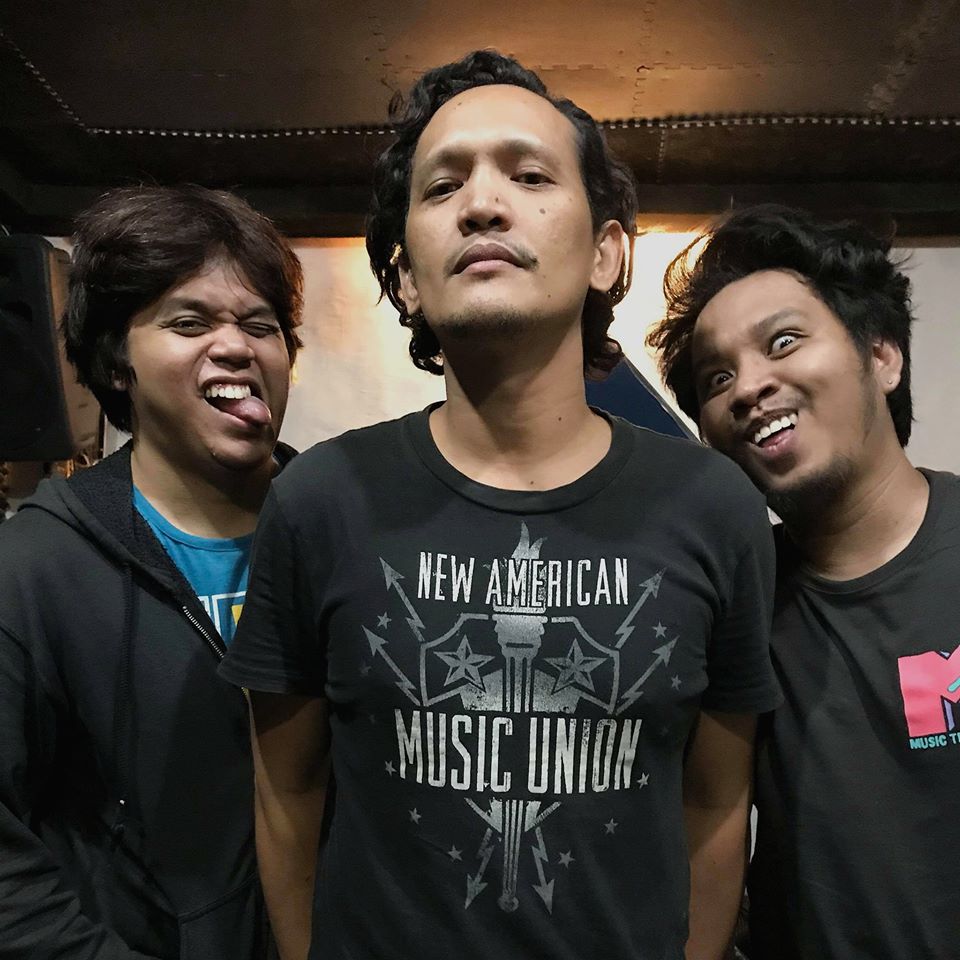 ROB EQUIZA, ERIC SPARTACUS & RANDALL JARELL MARC in one of their wacky moments.