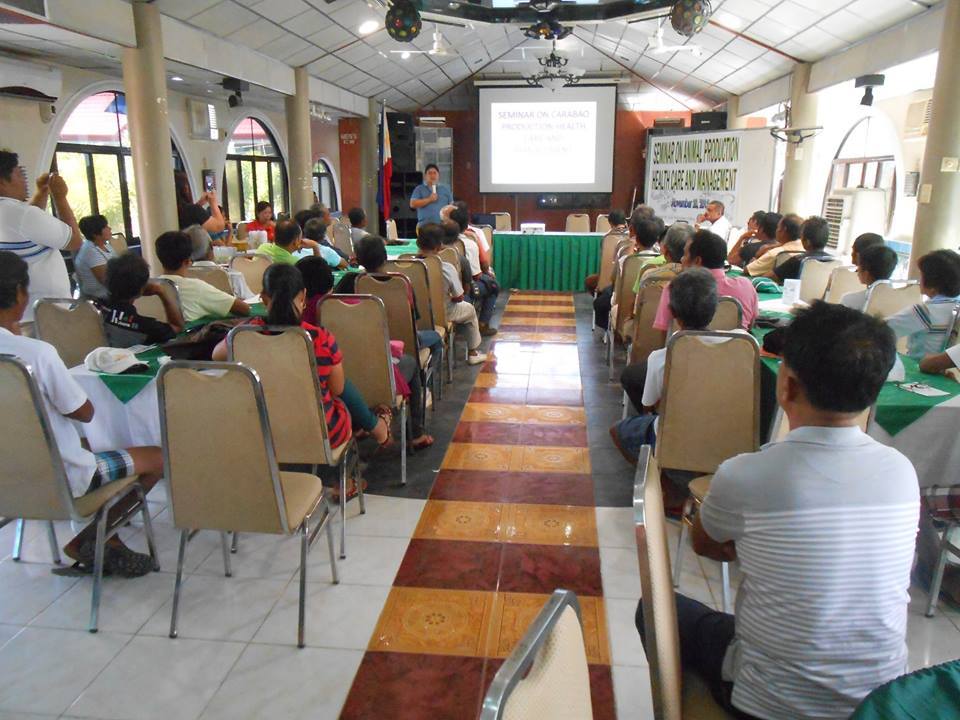 CALBAYOG CITY- The city government of Calbayog has taken steps to prevent the carabao population in the city from further decline by making its carabao dispersal program more effective.

In line with this intent City Mayor Ronald P. Aquino is not just paying particular attention to the distribution of more domestic water buffalo over a wide area but to the education of farmers as well so they become proficient in carabao production, health care, and management.

In November 20,2015 the City Veterinary Office gathered 41 farmer-recipients at the Marju Krisel Resort, this city, for a day-long seminar on carabao breeding, feeding, nutrition, pasture management, and artificial insemination.

In that meeting Mayor Aquino revealed that 116 female carabaos will be dispersed instead of Tractors as the former have a longer life span than the latter.

Aquino explained that carabaos usually live up to 15 years while tractors deteriorate fast especially if ill-maintained. Moreover, carabaos do not require maintenance, don't produce pollution, and their manure can be used as fertilizer, he said.

The mayor expressed apprehension over the possibility of the carabao population in Calbayog disappearing from fields and farmlands because of peoples' heavy consumption of carabeef.

The City Veterinary Office has reportedly determined that about 600 carabaos are butchered in the city every year and that figure does not include those that are slaughtered in far-flung villages during religious holidays.