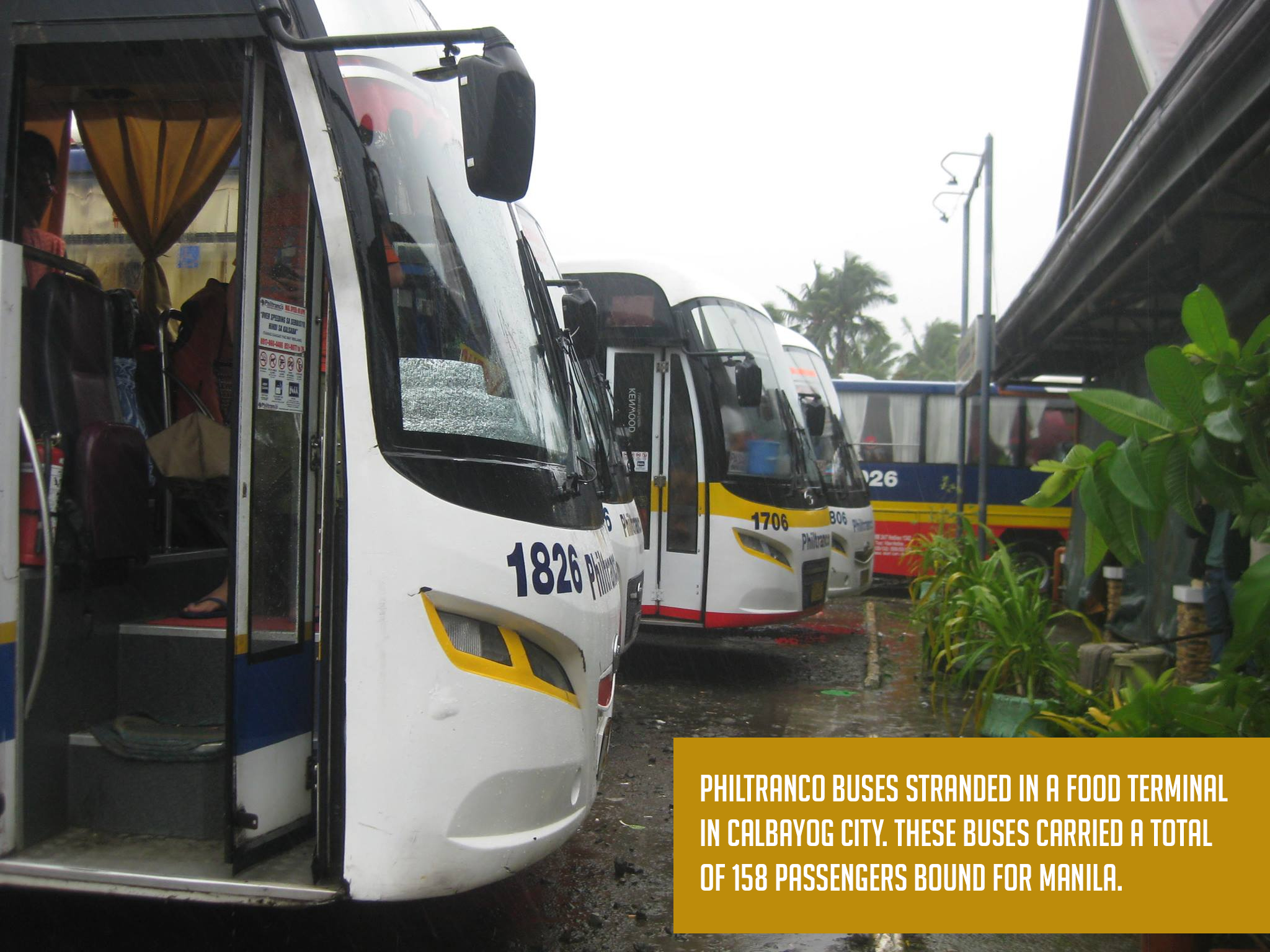 CALBAYOG CITY – The city government here housed passengers of stranded buses in the city at the height of wind and rain brought about by warning signal #2 of Tropical Storm Urduja.

One hundred fifty-eight passengers were found stranded in one of the food terminal some 5 kilometers north of downtown area when the drivers of 5 Manila-bound Philtranco buses decided not to proceed to the ferry boat terminal in Northern Samar. Some of the passengers were in that terminal since the afternoon of December 14 until some more buses arrived in December 15. 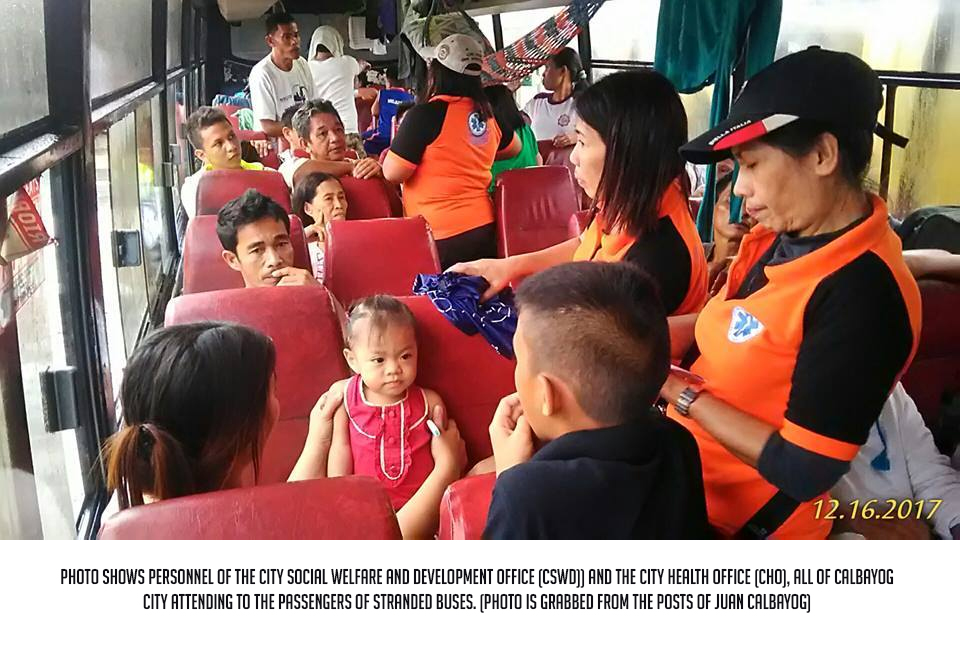 A female passenger of one of the buses, Lita Nuñez, informed Calbayog Journal that the passengers were assured by the drivers that the bus management will provide Php35.00 per day for each passenger until they are able to leave the terminal. The passengers received Php35.00 each for only for December 15.

“We were given food allowance yesterday only (December 15) but as of now, the drivers have not yet attended to us when it is already 11:00 o’clock at noon and about lunchtime,” Nuñez informed.

According to one of the passengers, Nathan Latorre, one of their female co-passengers sought the help of the city government thru a hotline number posted on facebook. 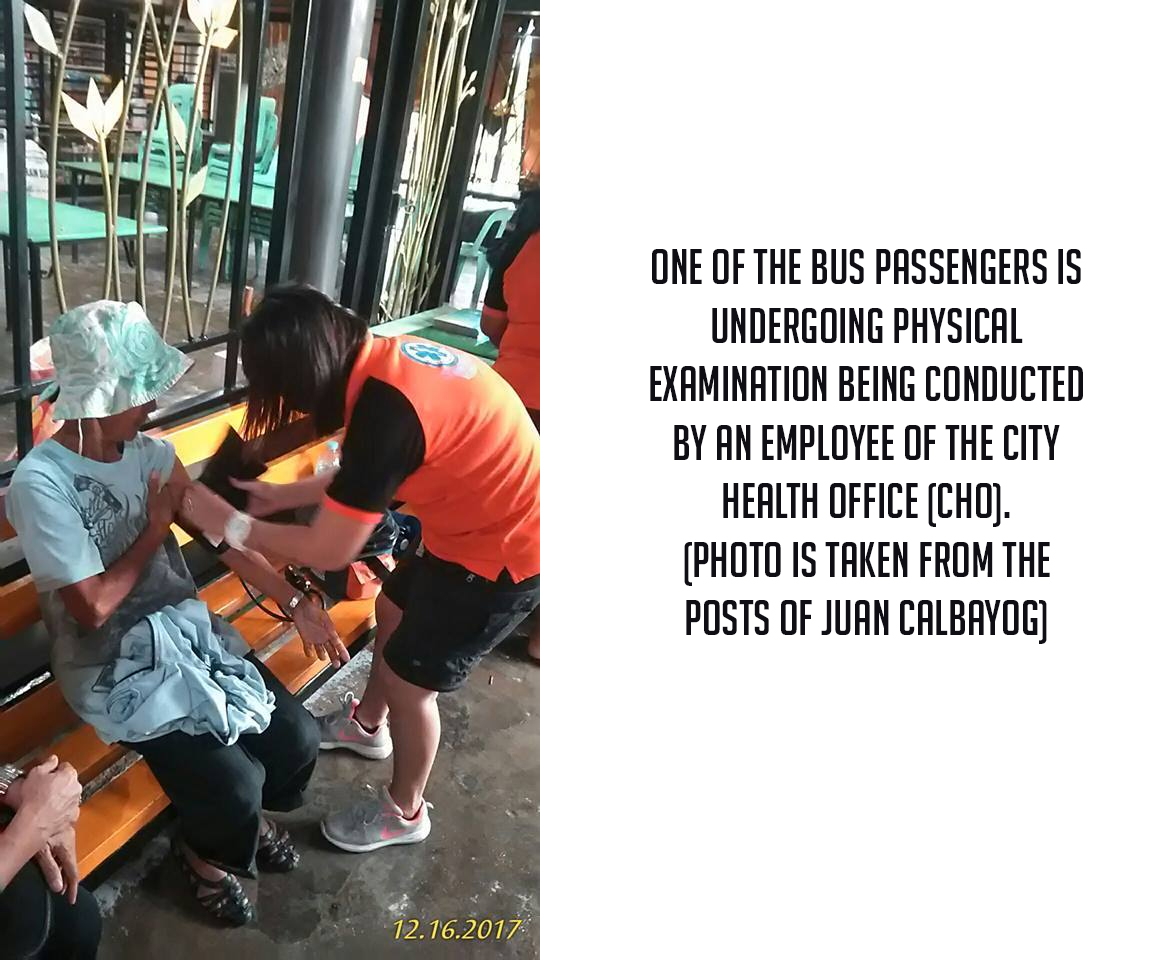 “The city government was more than quick with response when social and health workers of the city government immediately arrived to check on our plight as well as our health conditions particularly that of the children when some of them started to cough and were already developing fever.” Nathan said.

With the City Health Office having provided medicines and services for check-ups, the City Social Welfare and Development Office (CSWDO) was quick to organize a task force to attend to the needs of the stranded bus passengers. Having allowed by the city government, budget for food of all the 158 passengers was immediately drawn. An improvised kitchen was set-up where CSWD staff can prepare and cook food for the stranded bus passengers. 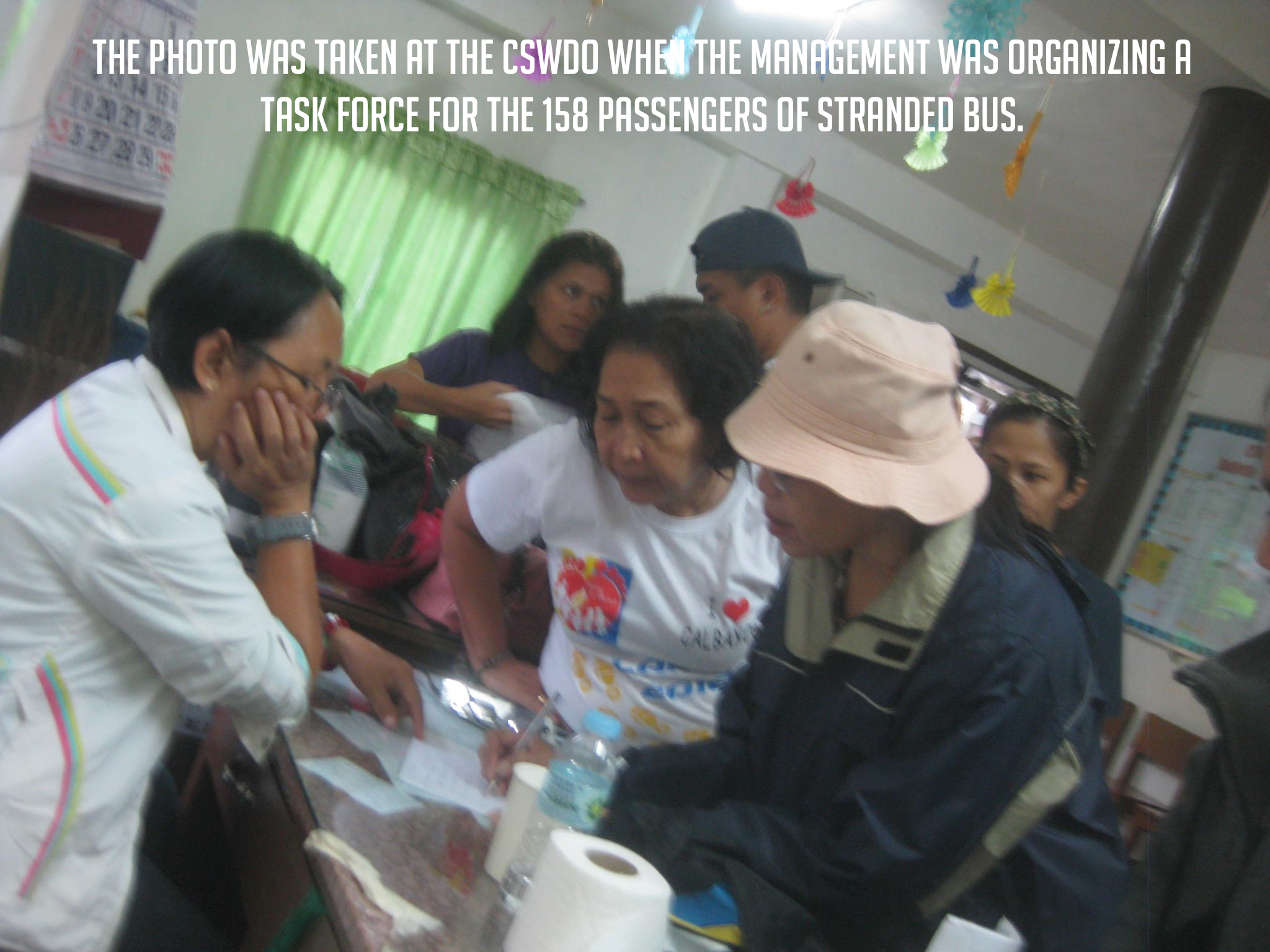 With all of the 158 passengers assured of shelter, food and medications until their respective buses are able to resume the drive to Manila, the drivers of the buses, on the other hand, did not make themselves available for interview to shed light about their decision to stay in Calbayog City when the ferry boat terminal is in Northern Samar which is just an hour away. (CJ)