COOK AND WIFE SHOT AT HOME 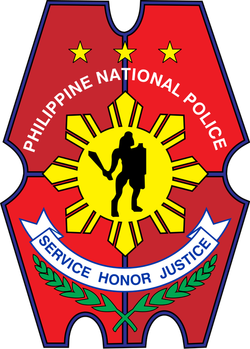 CALBAYOG CITY – 55-year-old Pedro Singamuhon, a cook, and his wife Estrellita, 51, were hit with bullets allegedly fired by unknown assailant from outside of their store located just within their house in Purok 5, Barangay San Policarpo around 6:45PM, December 12, 2015.

The couple and the youngest of their four children were at their dining table for supper when a man allegedly pretending to buy viand the couple is selling drew his gun and fired at Pedro.

The bullets came thru the store’s window instantly hitting Pedro at the left side of his stomach which exited several inches from where it came thru while wife, Estrellita was caught by a bullet that went thru and thru from her right to the left jaws.

Three shells of a .45 caliber firearm were found in the vicinity of the incident.

The child who was able to run out of the area is unharmed while both victims were immediately brought to the hospital and are now confined for medication, treatment and recovery.

Victim, Pedro, in an interview, told that he is not a politician, thus doesn’t see any reason that the incident is politically motivated but admitted that he had trouble about a land dispute few years back and was already receiving death threats since a year ago.

While the police are conducting manhunt operations following leads adduced from those who were in the vicinity during the incident, both the victims are provided with round-the-clock security.

cook and wife shot at home