COULD OCHOA HOLD THE KEY TO PRES DUTERTE'S ANTI-DRUGS AND ANTI-SMUGGLING CAMPAIGN? 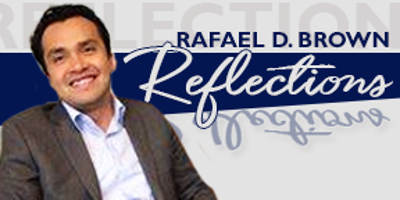 Roberto Tiglao's article in Manila Standard on August, 2013 (https://www.manilatimes.net/theyre-boasting-ochoa-gets-p10-million-monthly/30008/) discusses two salient points about Ochoa's connection to the BOC corruption. First, two deputy commissioners from BOC, who Tiglao does not name in the article, brag about giving Ochoa P10 million monthly. Second, the article refers to an email sent to Tiglao which refers to a deputy commissioner and BOC personnel, who Tiglao poorly attempts at keeping somewhat anonymous by using initials and who allegedly extorts money from small brokers. Tiglao, however, refers to a "Deputy Commissioner M" and uses the pronoun "him" to refer to the commissioner. There are only two BOC commissioners with last names ending in M, and only one of them is male: Peter Manzano. Additionally, the article states that a deputy commissioner has gotten rich and has built a mansion in Ilocos Sur. Manzano is from Tagudin, Ilocos Sur. See Chan Robles website: (https://lawlist.chanrobles.com/index.php/lawlist-chanrobles-virtual-law-library?rednad8Task=rednad8Details&rednad8Id=33945)

Ochoa's appointment of Manzano is no surprise, however, since Manzano worked for the same law firm founded by Ochoa - MOST Law Firm (MOST is an acronym for Marcos, Ochoa, Serapio, Tan). Manzano is Ochoa's man in the BOC.

In short, Ochoa appoints Manzano, and a small broker claims that Manzano extorts money from brokers and gives P10 million monthly to Ochoa. Ochoa also later made controversy in June 2013 when he pressured BOC commissioner John Sevilla, who would later resign, for the appointment of Atty. Teddy Raval as head of the BOC intelligence bureau to replace Danilo Lim, who also resigned. (See https://www.gmanetwork.com/news/story/476050/news/nation/es-ochoa-tried-to-influence-appointments-at-customs-sources-say).

Ochoa succeeded in placing his men in the BOC. Could Ochoa be one of the "powerful forces" or "padrinos" that made it difficult to reform the BOC as hinted at by former BOC intelligence chief, Danilo Lim, when he resigned from BOC in July 2013? (See https://www.philstar.com:8080/headlines/2013/07/25/1009441/powerful-forces-intervening-boc). Lim's resignation, at the time the third of BOC execs, was marked with frustration and hinted at asking some of those who remained as BOC deputy commissioners to resign if he had the authority. Of course, one of those deputy commissioners who did not resign after Lim was no other than Ochoa's man Manzano.

If this all seems like a coincidence, then fast forward to June, 2016. Encouraged by President Duterte's anti-drug campaign, Ex-PDEA Agent Jonathan Morales accused Ochoa and former PDEA Director General Cacdac of protecting drug lords. According to Morales, he called Ochoa and spent four hours with Ochoa to talk about sting operations against big time drug lords only to be told by Ochoa, "Hayaan mo na yan." (See https://thestandard.com.ph/mobile/article/207646; https://pinoytrendingnews.net/sec-ochoa-pdea-dir-general-arturo-cacdac-drug-lord-protectors-alleges-ex-pdea-agent/)

Morales' story is believable mainly because it is reminiscent of another former PDEA deputy director of operations, Carlos Gadapan, who was relieved from duty on September 2012, signed by no other than Ochoa on the basis of "loss of confidence", after Gadapan claimed to have revealed that his boss PDEA director was mired in gambling debt and extorted money from one of the leading drug lords, Mark Tan. (See https://thepinoyweekly.com/?p=11419) Mark Tan, a Chinese national, was nabbed at NAIA on July 2012 as a leader of one of the big time drug syndicates based in Binondo. (See https://news.abs-cbn.com/nation/metro-manila/07/19/12/chinese-drug-lord-nabbed-naia). In September 2012, when Gadapan was relieved from duty, then PDEA chief Guttierez stated, according to the Pinoy Weekly article as follows: "The PDEA chief said that if the accusation was true, Tan would be out of jail by now." Of course, Tan was not released from jail then, but the DOJ did later dismiss the case against Tan in August 2013. (See https://news.abs-cbn.com/nation/metro-manila/08/27/13/sotto-doj-freed-drug-lord). Sen. Sotto explained his protest to the DOJ's puzzling decision in a privileged speech that "DOJ dismissed the drug pushing charge against Tan for lack of probable cause despite clear evidence against him." Perhaps, Gadapan was correct all along.

As the saying goes, once is chance. Twice is a coincidence. Third is a pattern. If this is a pattern, should we expect an investigation or public naming of Ochoa? Is Ochoa the nexus between illegal smuggling and illegal drugs? 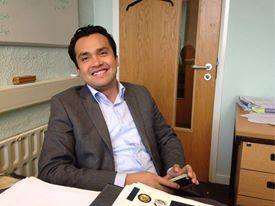 (ABOUT THE AUTHOR: Rafael Brown is currently a law professor at Qatar University-College of Law.)
,