There can be no doubt about the fact that we do have men in uniform, both from the police as well as the military, who have behaved kindly and civilly in the performance of their community quarantine duties. But such ought to be the expected behavior, God bless ‘em!

Nonetheless, it appears that as a consequence of new pandemic-induced tasks, the Philippine National Police (PNP) may have earned the epithet of “Patient No. 1,” suffering a malady for which there seems to be no known effort being undertaken by government to formulate a cure.

Or, instead, might it be victim no. 1? Inadequate orientation and numb to their own hubris and power-tripping, they have unknowingly self-victimized. Authorized by the “big stick” of the law, the police being the enforcers, they miserably failed to walk softly!

Bad as it already is, what with the unabated spate of extra-judicial killings (EJK), it is now certain that Covid-19 has dealt another blow to the prevailing and obviously worsening repute of the police. Both as individuals as well as an institution. Recent events, such as the daylight murder of ex-Cpl. Winston Ragos and the ‘invasion of domicile’ scuffles in private residential enclaves, both attest to that. This damaged reputation will take at least generation to rectify.

Speaking of uniforms, I cannot quite comprehend why the police have to be garbed in military fatigues of jungle camouflage fabric, and very visibly armed for combat. Why can they not just don their normal attire, after all they are assisting a peacetime civilian activity! A retired ambassador said it could be mind-conditioning for that rumored Martial Law redux, while a friend noted that changes in uniforms also mean money changing hands. 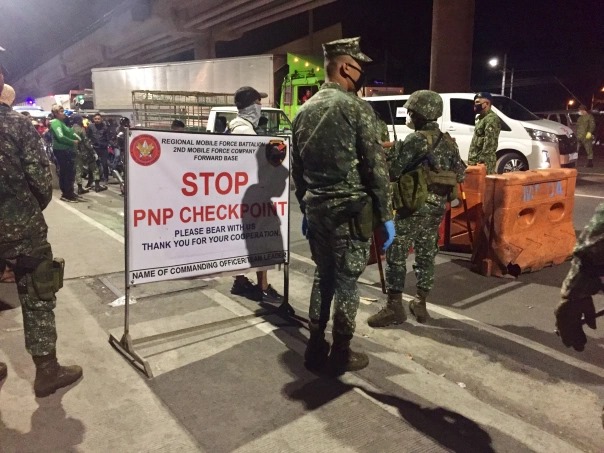 Meanwhile, we have the chief of the Armed Forces of the Philippines (AFP), General Felimon Santos Jr., recently afflicted, cured and declared negative of Covid-19, caught being careless. Actually, it is more serious than just the benign commentary of simply being willy-nilly careless. It was a major breach of prudence and propriety expected of an otherwise serious organization, such as the country’s national defense establishment.

Here is what happened. In an official AFP stationery and duly signed by him in his official capacity, Gen. Santos sought a personal favor of acquiring Chinese medicine for coronavirus, from the Communist Chinese Ambassador. ‘Exposed’ by ABS-CBN News, Santos said that he “recalled” the letter, not because of its impropriety and breach of etiquette and ethics, which his letter was, but because “the drug has not been approved for coronavirus patients.” How cute!

Shouldn’t taxpayers expect that such lapse is not a reflection of character development, attitude formation, and training as instilled by the Philippine Military Academy? Or, is the Santos-type of demeanor now endemic among graduates of the Philippine Military Academy? Unfortunately, “the defense establishment sees nothing wrong,” quoting National Defense Secretary Delfin Lorenzana saying “I see nothing wrong” (Inquirer/Apr. 29), with the AFP Chief asking a personal favor! A sterling example of PMA’s CYA (Cover Your Ass) Credo? The threshold is thus lowered to ground level! 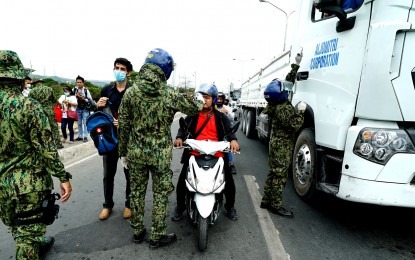 On the other hand…..

The advent of the Covid-19, a crisis creating opportunities, has given a handful of Luzon local government units occasion to display initiative, imagination and over all administrative mettle. These are actions evidently spurred by the apparent short-sighted and inadequate preparations of the Inter Agency Task Force (IATF) and the Department of the Interior and Local Governments (DILG). Worthy of mention, among a host of many other deserving local politician-administrators, are Mayors Vico Sotto of Pasig; Marcelino Teodoro of Marikina; Valenzuela’s Rex Gatchalian; Kit Nieto of Cainta; and Cavite Governor Jonvic Remulla, etc. They all have launched initiatives with the commonality of being unspecified, and obviously unthought of, by the retired generals who rule over them!

These elected officials are proof of political efficacy, the devolution and decentralization mandated by Republic Act No. 7160, otherwise known as the Local Government Code of 1991. Its Declaration of Policy reads partly: “….the territorial and political subdivisions of the State shall enjoy genuine and meaningful local autonomy to enable them to attain their fullest development as self-reliant communities and make them more effective partners in the attainment of national goals.”

Speaking a little bit more of local government, I derive great pride in following reports of the preparedness and the actual delivery of relief operations in my beloved hometown Calbayog, a city in the tri-province island of Samar, as another exemplary response to the pandemic. Mayor Ronaldo Aquino, his office, staff and volunteers, in fact the community at large, also deserve commendation. It is worth mentioning that Calbayog City under the leadership of Mayor Aquino has had adequate actual practice and training. They were first to respond and undertake a caravan of relief to Tacloban, 175 kilometers to their south, in the aftermath of historic Yolanda/Haiyan in 2013. 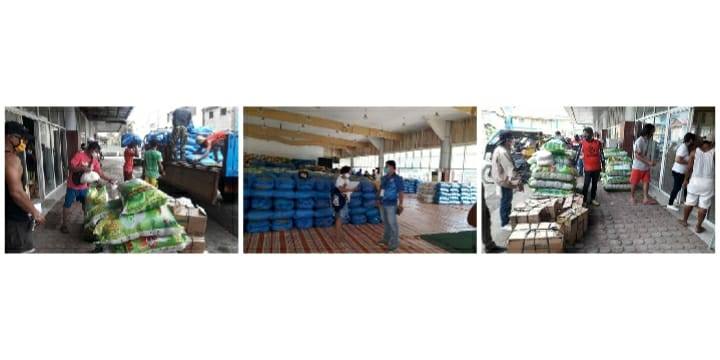 And before I let you go, here is a word from our President.
The Philippine Daily Inquirer of April 25 (Saturday) carried a story: “Duterte to lift lockdown once Covid-19 vaccine is found.” The lead paragraph: “The enhanced community quarantine (ECQ) in Metro Manila and other risk regions will be lifted once a working vaccine is developed, according to President Rodrigo Duterte. ‘I am telling you: The moment this vaccine is out, I will lift it (ECQ) immediately. No need for ceremony. You don’t need to wait as long as there’s a vaccine,’ Mr. Duterte said in a taped address that aired on Friday.”
Well folks, ‘I am telling you,’ no one in Malacanang, during taping, ever told the Emperor that he had no clothes!(CJ)

ABOUT THE AUTHOR:
Tomas 'Buddy' Gomez III began his professional media career in ABS-CBN's (previously Chronicle Broadcasting Network) DZQL-Radio Reloj in 1957, after which he spent 25 years with the Ayala Group.
In 1986, then Pres. Cory Aquino appointed him Consul General to Hawaii and later served as her Press Secretary.
During the Ramos administration, he was chairman and president of state-owned IBC-13 Network.
After government service, he became an ‘OFW’ in the U.S., working as front-desk clerk and then assistant general manager of a hotel. He also worked as a furniture and antique restoration specialist.
He is now retired and lives in San Antonio, Texas.