Photos sent by Friends of CJ 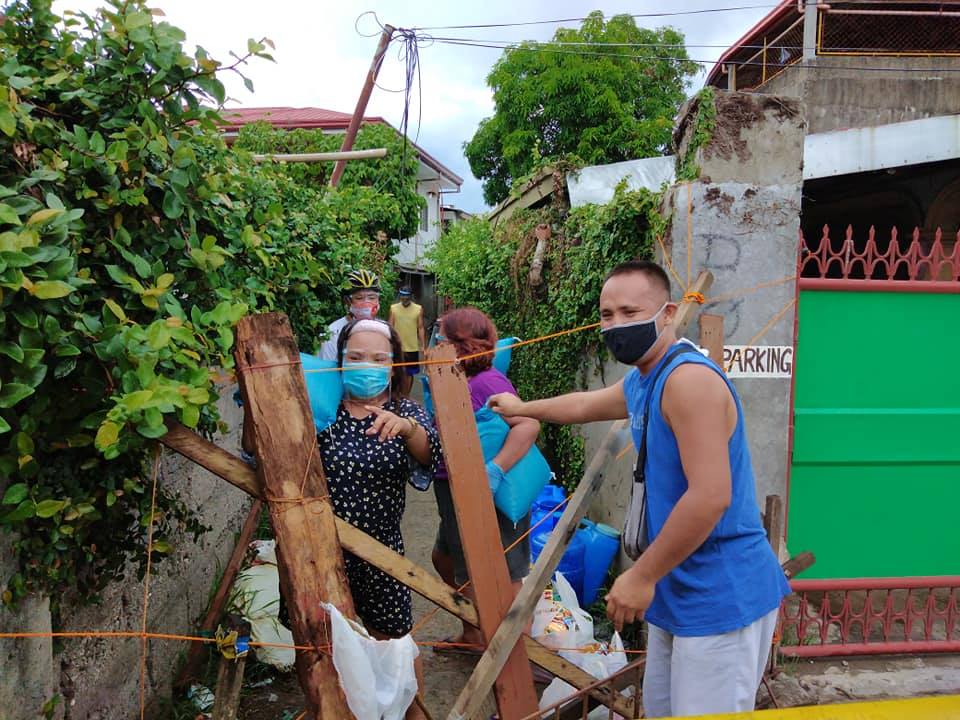 A passage is closed in implementation of the lockdown in Purok 2, Barangay Matobato, Calbayog City. The area also serves as the distribution point of food packs and other assistance for the affected families.
CALBAYOG CITY – Twenty-five (25) households situated in Purok 2, Barangay Matobato are placed under total lockdown following reports that a Locally Stranded Individual (LSI) whose swab test resulted positive of COVID 19 has been breaching protocols while in a quarantine facility.

Around 40 families of 25 households situated in Purok 2, Barangay Matobato were immediately restricted and allowed only within the premises of their respective homes for a period 14 days starting June 25, 2020 after the laboratory result of an LSI was reported positive of COVID 19.

The LSI was in a quarantine facility of the barangay upon his arrival from Cebu. He was reported to have breached protocol by going out of the facility without due permission during his isolation period and even before his swab test result was released. He was also seen on a drinking spree with two residents from Purok 1 of the barangay.

Upon release of the swab test results, the LSI was brought to the city’s COVID Center where he is now under medication and treatment while his 2 drinking buddies are now in one of the quarantine facilities to follow restrictions of a 14-day isolation.

Liga ng mga Barangay President and Punong Barangay Ariel Rosales in a phone interview with Calbayog Journal informed that the Operations Center ordered for the lockdown of the area where the LSI was seen circulating and associating with family, relatives and friends.

“Almost simultaneously with pulling out of the LSI from the area, the lockdown of 25 houses took effect as per prescribed protocols,” Hon. Rosales said.

“I immediately called on the Barangay Council to effect urgent relief operations and provide food packs to 40 families in 25 houses under the lockdown,” Hon. Rosales informed and clarified that “only 25 houses in the particular area were ordered under total lockdown and not the whole Purok nor the whole barangay.” 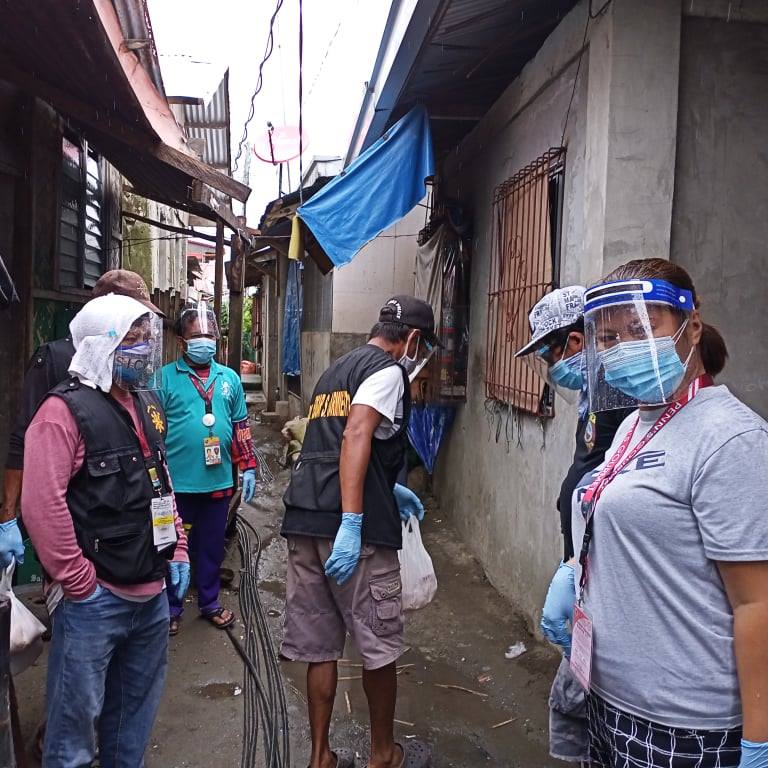 From the LGU-Barangay, 40 families in 25 houses of Purok 2 were provided of food packs containing rice, canned goods, coffee and noodles. Barangay Officials, Health Workers, Tanods and volunteers assisted in packing and distribution of the food packs.

“Aside from those distributed by the LGU-Barangay, households in the lockdown area (Purok 2), including those who belong to the “poorest of the poor” in Purok 1, also received food packs from private donors thru Barangay volunteers who solicited help,” Hon. Rosales said.

Calbayog Journal was informed that among other initiatives, Ms. Aimee Adalla, a resident of the Barangay, raised food provisions for 41 households in the roster of “poorest of the poor” of Puroks 1 & 2 in the Barangay.

“The food packs we delivered to the 41 households (20 in Purok 1 and 21 in Purok 2) were supplied to us by generous donors namely Penn Deliquena, Indira Ambos-Rumohr, Roxanne Aler and Ruby Montemon Diongzon,” Adalla wrote and further told that “it was an initiative independent from the LGU-Barangay and was intended for the poorest-of-the-poor in an endeavor to help those greatly affected with the economic dislocation that we are experiencing under the present health crisis.”

Volunteers for Better Matobato was also seen as among those who provided food assistance to the affected families in the lockdown. 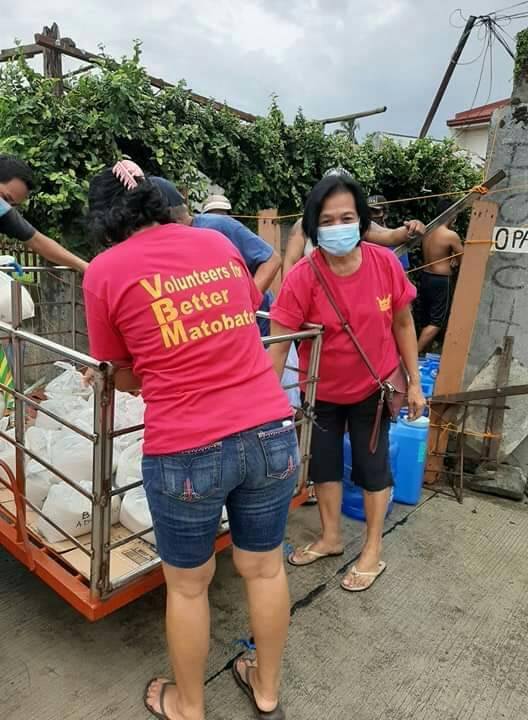 Volunteers for Better Matobato was among the private groups that extended assistance to the families in the lockdown area.
Hon. Rosales told Calbayog Journal that the lockdown was ordered by the Operations Center of the Inter-Agency Task Force to manage effective contact tracing and close monitoring of the residents within the area.

“Employees of the City Health Office and members of the Barangay Health Emergency Response Team (BHERT) are regularly and closely monitoring our residents in the area under lockdown,” Hon. Rosales said.

As of this writing, Calbayog Journal is still awaiting official word from the Ground Commander of the Operations Center as to the progress of the contact tracing and monitoring activities being conducted. (CJ/JMM)