CREDIBILITY OF FRANCIS GREY’S ACCUSATIONS QUESTIONED ANEW; THIS TIME BY HIS OWN SON. 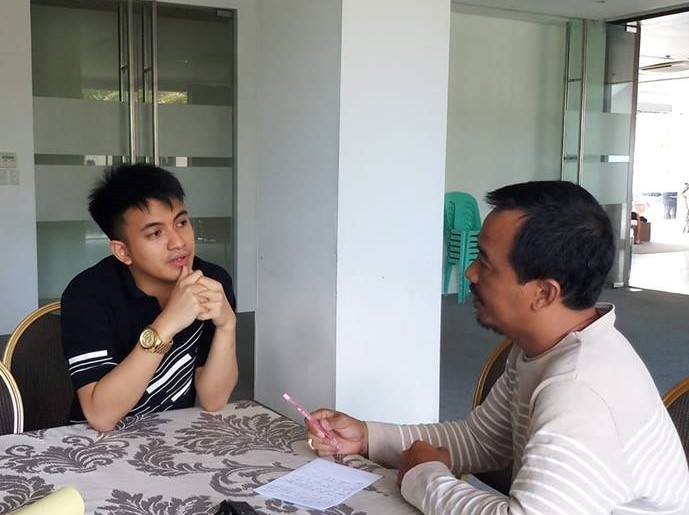 Francis Joseph Grey (in blue shirt) is shown in conversation with Atty. Boloc in Calbayog City in March 2019. He is son of Francis Grey.
CALBAYOG CITY, SAMAR - First it was the father who belied his son’s statements regarding illegal drugs and politically-motivated killings. Now, it’s the suspect’s own son’s turn.

Francis is currently detained at Samar Provincial Jail and is undergoing trial for the murder of Punong Barangay Romulo Barcoma of Brgy. Mabuhay in San Jorge (in February 13, 2016) months before the local elections in 2016.

In a chance encounter with this writer at a hotel in the city, FJ expressed doubts that the statements given by his father were of his own, sighting the fact that Francis professed his innocence in the killing of Barcoma when he and his mother visited Francis at his detention cell in Cavite, days after he was arrested in December of last year.

In several video footages, the latest while he was already at the Samar Provincial Jail in Catbalogan City, Francis tagged Samar first district congressman and re-electionist Edgar Mary Sarmiento, Calbayog City Mayor and re-electionist Ronaldo Aquino and retired Army Colonel and Samar Gubernatorial Candidate Emil Zosa as protectors of illegal drug trade and are also involved in the killing of Barcoma. All three denied the said accusations. 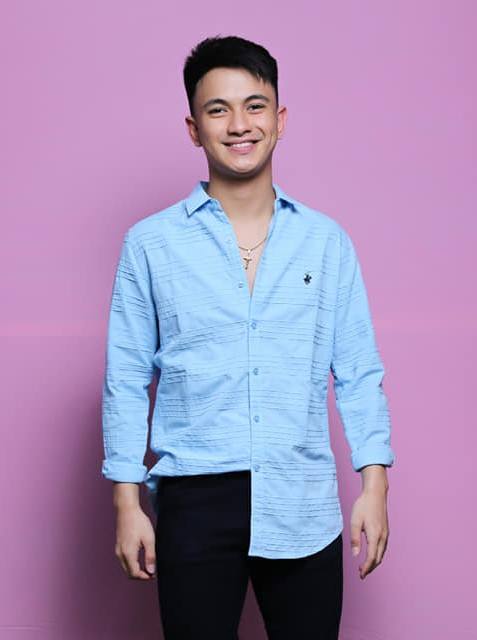 Francis Joseph Grey as a young man with aspirations who looks at himself chasing his goals for a bright future.
FJ affirms he knows Sarmiento, Zosa and Aquino, all political allies of his grandfather, San Jorge Mayor Joseph Grey pretty well. Having served as the Provincial Chairman of Liberal party Youth in 2016, he says they were “good people.”

“Nakaka-usap ko po sila, then nakilala ko talaga sila, lalo na ang mga adbokasiya nila, ang mga plata porma de gobyerno na gusto nilang ilunsad at isulong dito sa probinsya ng Samar.” ("I am able to talk to them, then I really came to know them more so of their advocacies and the platform of government that they want to initiate and push here in the province of Samar.")

Francis’ 19-year-old son admitted that he and his siblings miss their father so much, and are also worried about his safety.
He, however continues to urge his father to stand for the truth and sends his message to his father: “Sana huwag kang ma pressure or matakot sa mga taong pumipilit sa iyo, kasi baka mas mapahamak ka pa kung ganun ang mangayayari. Sana itaguyod mo ang katotohanan at sana huwag kang pumanig sa mali at kasungalingan.” (“I hope you won’t be pressured or be afraid of the people who are coercing you because it might jeopardize you even more if things like that will happen. I hope you uphold the truth and I hope that you don’t side with the wrong and the lies.”)

FJ is planning to visit his father right after graduating from Senior High School in one of reputable schools in Metro Manila. 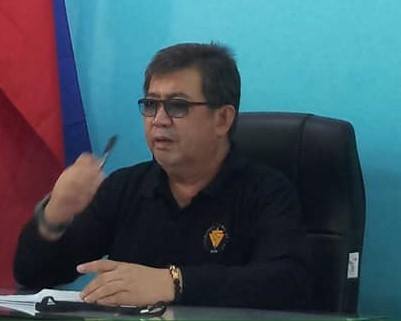 Mayor Joseph "Jojo" Grey, father of Francis Grey and grandfather to Francis Joseph Grey.
Earlier, his grandfather, Joseph accused the Tans' political dynasty in Samar of using Francis for their own political agenda. Tan Matriarch Milagrosa is gunning for a return as Governor of Samar against Zosa, swapping places with her daughter incumbent Samar governor Sharee Ann Tan who is running for her mother’s position as 2nd district representative. Son James Stephen Tan, incumbent Vice governor is running against Sarmiento as 1st district representative.

Grey said that the use of his son by Tan’s camp to besmirch him and his allies’ name is a desperate move by the Tans, who are already feeling the “turning of the tide,” against them.

The Tan matriarch on March 1, was convicted by Sandiganbayan for 8 counts of graft over an anomalous purchase of P16.1 million worth of emergency supplies and was sentenced to 115 years of imprisonment. Tan has posted bail and appealed her conviction with the Supreme Court.
She was, however acquitted by the anti-graft court’s First Division from another case involving the alleged purchase of P69 M worth of medical and dental supplies, last March 29.(CJ/ESLim)