SAN MIGUEL, LEYTE – After over 20 years of waiting the 84 agrarian reform beneficiaries (ARBs) here were finally installed by the Department of Agrarian Reform (DAR) to their awarded lots within the Leyte Sab-a Basin Development Authority.

In 1991, DAR handed a collective certificate of landownership award (CLOA) numbered OC-4, covering Lot 1578 in Barangay Capilihan to the beneficiaries under the Comprehensive Agrarian Reform Program (CARP) but failed to install them due to harassment by other farmers in the area. 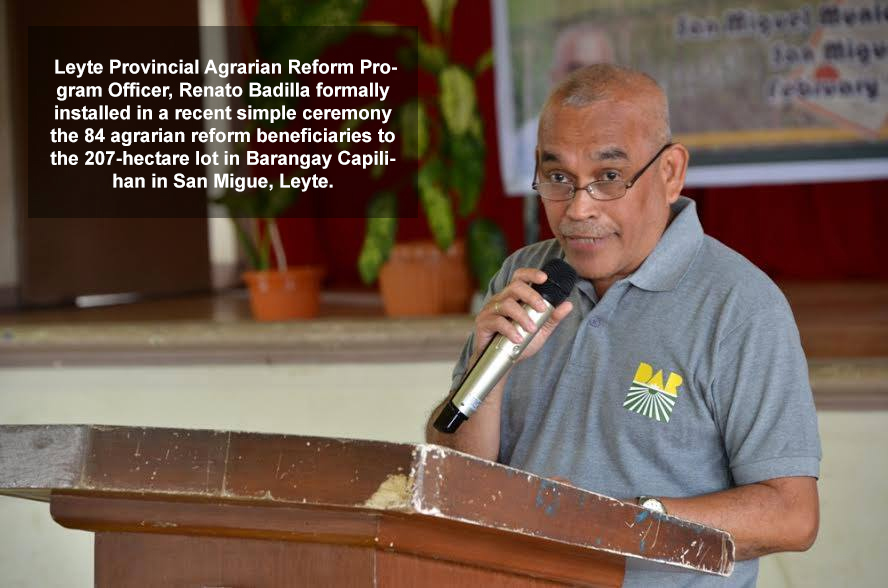 In September last year, DAR conducted the subdivision survey and revalidation of ARBs to check if those mentioned in the CLOA are still around. 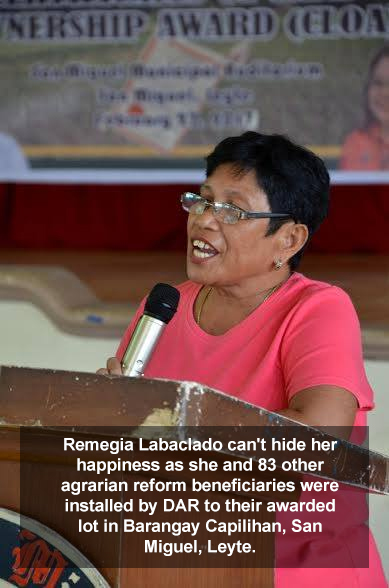 Remegia Labaclado, one of the ARBs installed, wished in her message that the individual CLOAs be released to them soon.

She also said that they will immediately till the land and make it productive after having been deprived for two decades. 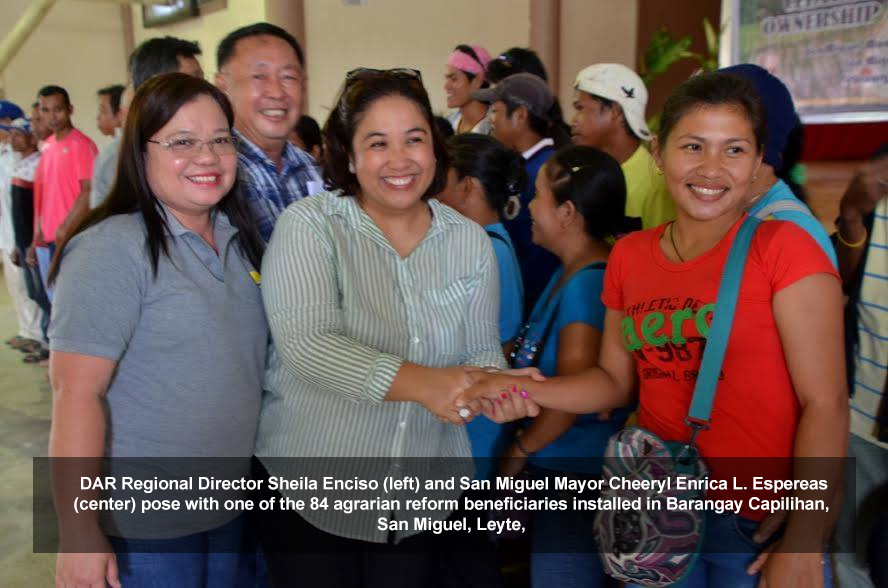 Meanwhile, Regional Director Sheila Enciso directed DAR’s Program Beneficiaries Development Division to discuss with the ARBs appropriate projects that would help increase the farmer’s production and income and submit immediately the project proposals to the central office for funding.

Badilla likewise acknowledged the partnership that has been established between DAR and the Rights, the non-government organization assisting these farmers, which resulted to their installation. (CJ/Jose L. Smith Soria)