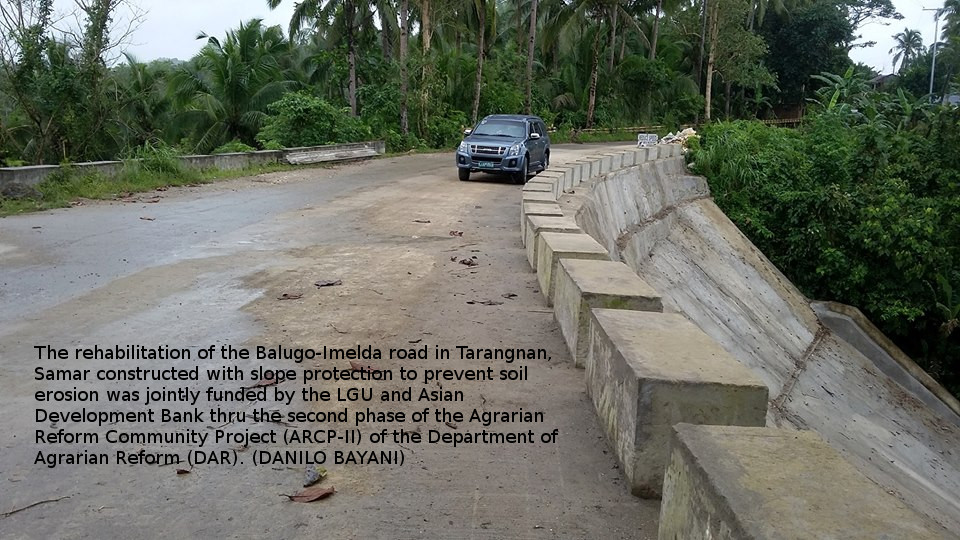 TARANGNAN, SAMAR – No more bumpy rides from Barangay Balugo to the town proper after the Department of Agrarian Reform (DAR) rehabilitated the more than 10-kilometer road.

During the last week of July, 2016, DAR Regional Director Sheila Enciso formally turned over the rehabilitated Balugo-Imelda road to Mayor Danilo Tan for the local government unit’s (LGU’s) maintenance of the said project.

Enciso disclosed that the project was implemented under the Program Beneficiaries Development component of the Comprehensive Agrarian Reform Program (CARP) thru DAR’s second phase of the Agrarian Reform Communities Project (ARCP-II) funded by a loan from the Asian Development Bank.

The total project cost, according to her, amounted to ?25.4-million. However, the amount was shared by the LGU shouldering ?14.6-million, while the remaining ?10.7-million was funded by ADB, she added.

During the said occasion, Enciso explained to the recipient LGU on the latter’s responsibility in the maintenance of the project. She stressed that if properly maintained in good condition within 10 years, the loan will be converted into a grant. 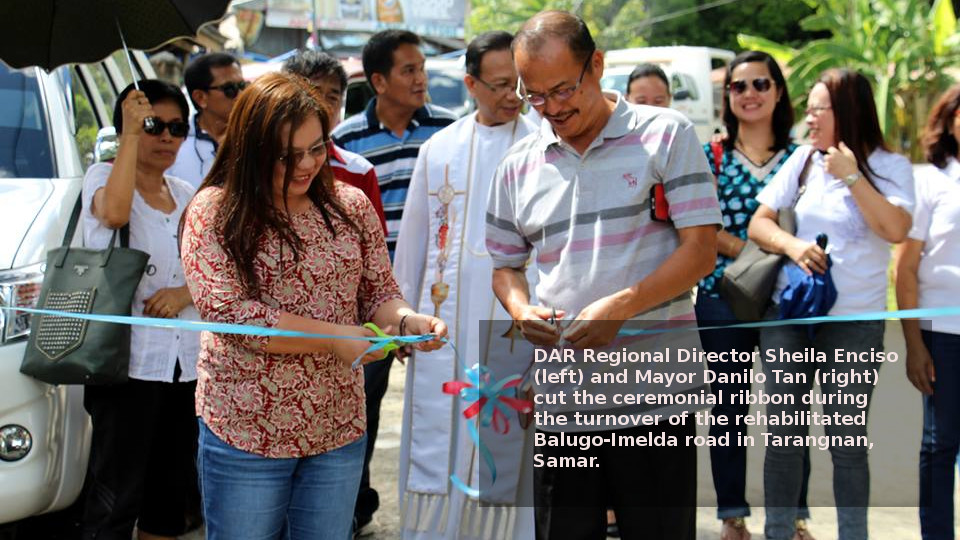 Included in the rehabilitation were spot concreting of about 6.5 kilometers and the construction of slope protections to prevent soil erosion that may lead to eventual damage of the road.

Meanwhile, as Mayor Tan thanked DAR for the rehabilitation of the Balugo-Imelda road, he disclosed this town having been a recipient too of another road project under ARCP-I in the past. He further added that they are hoping more assistance from DAR will be extended to the municipality as there are still many roads that need repair.

According to him, it will be benefited by over 2,700 constituents in the area where 286 are agrarian reform beneficiaries (ARBs).

Enciso also said that agricultural production and farmer’s income are expected to increase when transportation of their products for trading will be much easier with the improved road. (CJ/JMM/JOSE ALSMITH L. SORIA)