DOCUMENTED: MARAWI EVACUEES IN THE CITY 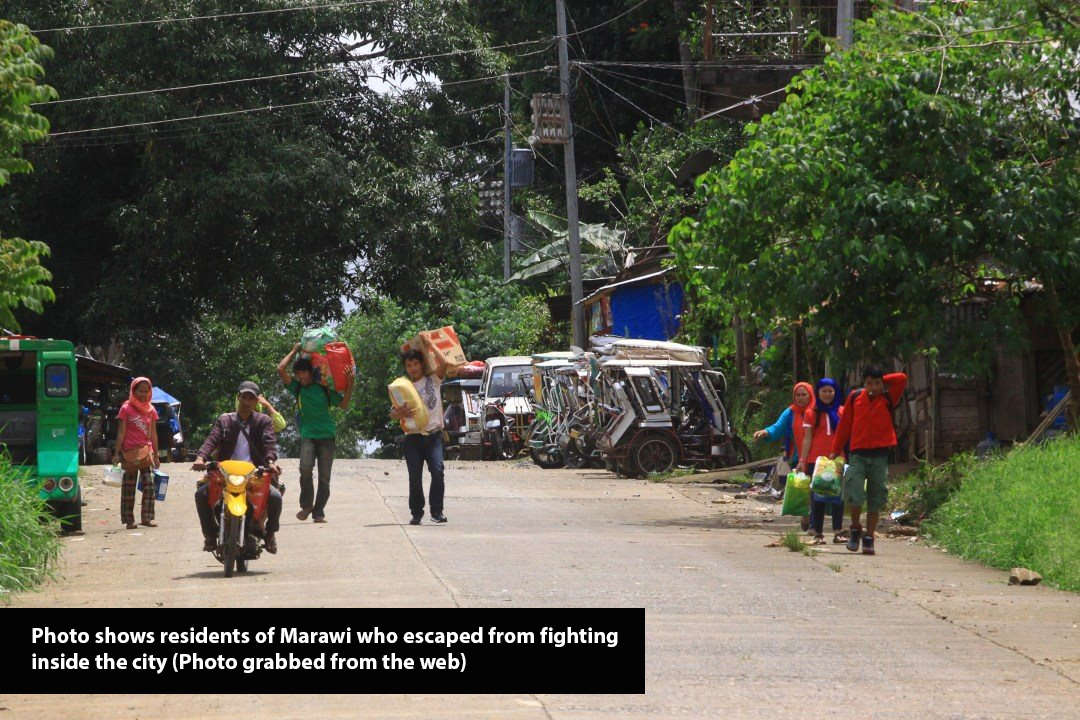 CALBAYOG CITY – The Office of the Philippine National Police (PNP) here has documented Maranaos who identified themselves as refugees from the on-going conflict in Marawi City.

Muslims, particularly Maranaos from Marawi, have continuously arrived in the city since the disorder in Marawi City was instigated by the Maute rebels on May 23, 2017.

As of June 30, 2017, the PNP headquarters have enlisted twenty-one (21) Maranao-evacuees who arrived one group at a time and are now all staying in the city.

Acting police chief, Supt. Mateo Macale, during an interview told Calbayog Journal that “we have obtained a profile of each of the 21 Muslims who have arrived in the city since just a few days after the chaos in Marawi started. These files will be our basis in monitoring the movements of these people.”

“Even if they don’t appear dubious and are here simply for refuge, we cannot be passive about these arrivals as we expect more of them to come to the city noting that the second arrivals may have based their decision to come on what they might have been told by the first group that there is a community of their breed in the city. Obviously, the Muslims are embraced and allowed to make their livelihood in the city,” Macale added.

“We have talked to the village councilor who was referred to as a relative of these Muslims. The village councilor acknowledged that the two groups of Maranaos are his relatives and has come to Calbayog for shelter and refuge from the hostilities that is now happening in Marawi. The first group arrived in June 03 and the other group in June 28.” the police chief further said. 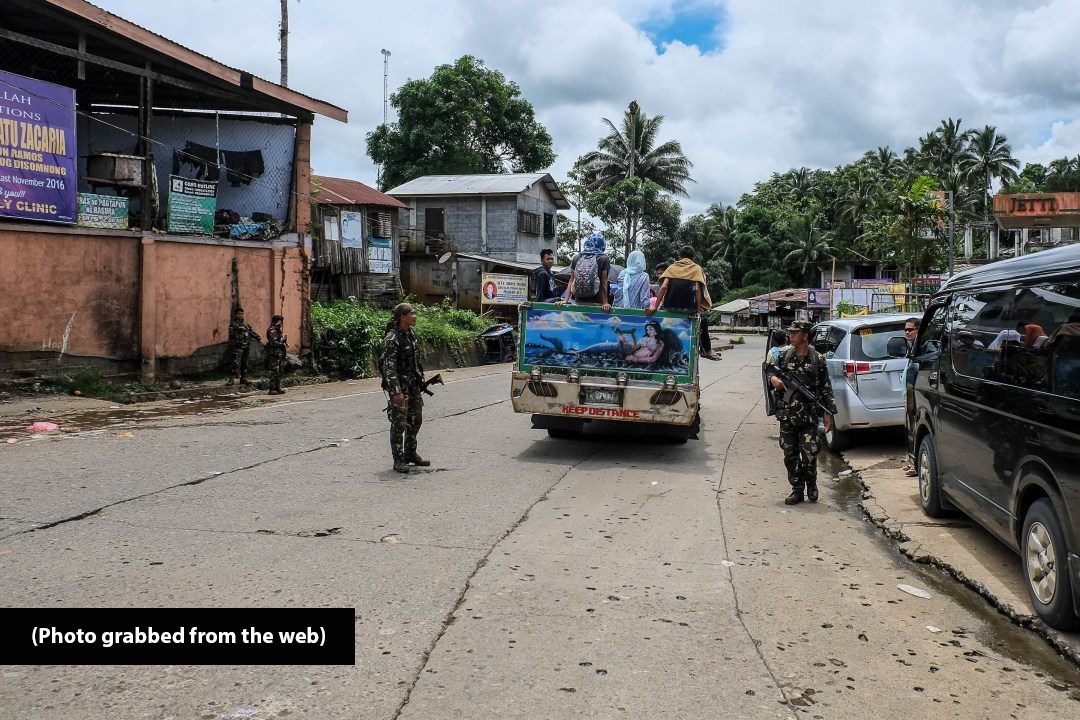 Eleven (11) of these Maranaos were accounted for in the first group of arrival on June 3, 2017. Their entrance to the city was monitored by a troop of law enforcers led by Police Senior Inspector Zaldy Cagampang following a directive from the provincial police command to intensify checkpoints in sea ports.

“We intercepted the group aboard the boat from Cebu City at Manguinoo Port. We did not see anything alarming from the group of six (6) adults and five (5) children. But we have orders to follow.” P/SInsp. Cagampang told Calbayog Journal.

During the conversation with the group who obligingly accommodated the invitation to the police headquarters, it was learned that the evacuees were relatives of an elected village councilor (Barangay Kagawad), Abdulkarim Palao.

The group was led by the village councilor’s wife, Sonaya Matanong Palao who provided information that she was interviewed by CCTN Channel 47, a television station in Cebu City and informed about their destination. 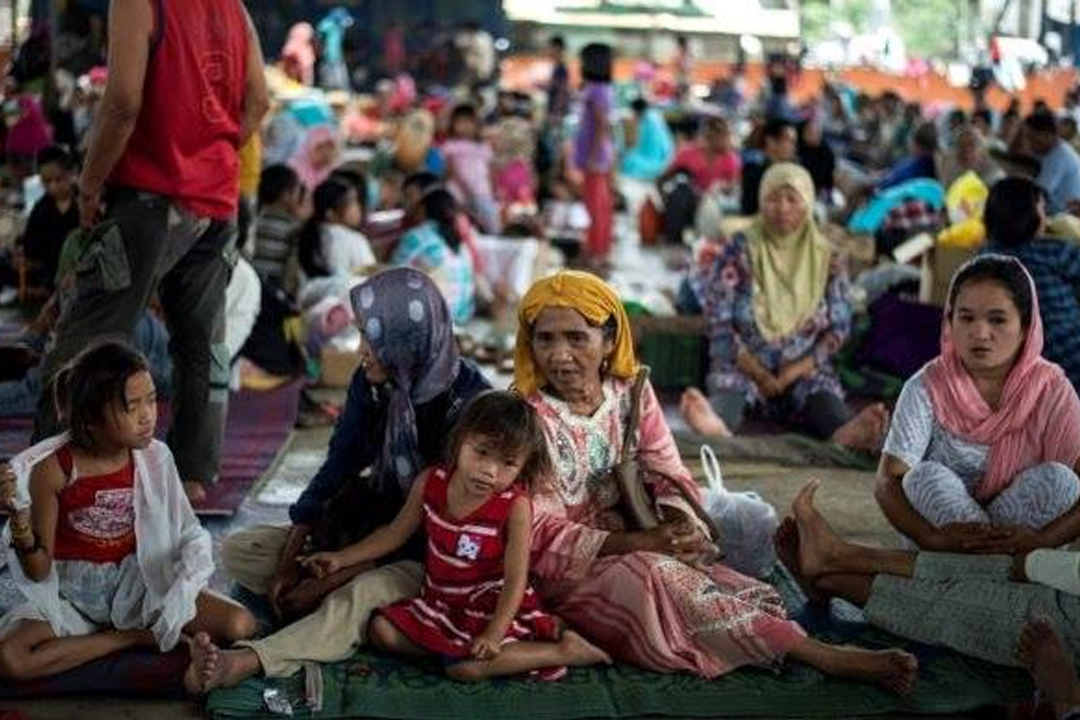 Ten (10) other Maranaos (9 adults and one infant) composed the second group that arrived in the city by land on board a van in June 28. The oldest in the group is a 59-year old woman while the youngest is a five-month-old infant. Most belong to the working bracket with some of them professionals – teachers, a nurse, etc. Having been acknowledged, all of the ten Maranaos in the second batch are also relatives of the village councilor Palao. Likewise, individual bio-data of these batch have been obtained and are incorporated with the files of the first arrivals.

“The biggest Muslim community is situated in Barangay Payahan. According to the village chieftain, there are 58 households of the Muslim population in the village and the new arrivals are an addition to the existing number.” Macale further told Calbayog Journal.

The police chief emphasized “that a regular dialogue with the Muslim Community is conducted not only to safeguard public order in the community and security of the city but also to ensure that our Muslim brothers and sisters live with the amenities of a citizen without prejudice to their growth and advancement of their personal lives.”