CALBAYOG CITY – Seven (7) drug personalities now face drug cases filed against them after they were arrested when a drug den was uncovered in a buy-bust operation jointly conducted by the Special Drug Enforcement Unit (SDEU) of the city’s police force and operatives of PDEA 8 against a high-value target (HVT) in Barangay Aguit-itan.

It was also learned that his Office has already gone as far as giving the identified drug personalities the stern warning to stop their activities involving illegal drugs.

“During community visits, I ask identified drug personalities for their cooperation to keep the city free from drugs with the firm warning that the PNP will not hesitate to arrest and file cases against them if caught red-handed,” Lt. Col. Garcia said.

“But we do not stop by just telling them,” Garcia said and continued to tell that “with the assistance of PDEA operatives we monitor these personalities seeing to it that they are heading police advise and when they continue their activities with illegal drugs, we perform our duties to operate and arrest them.” 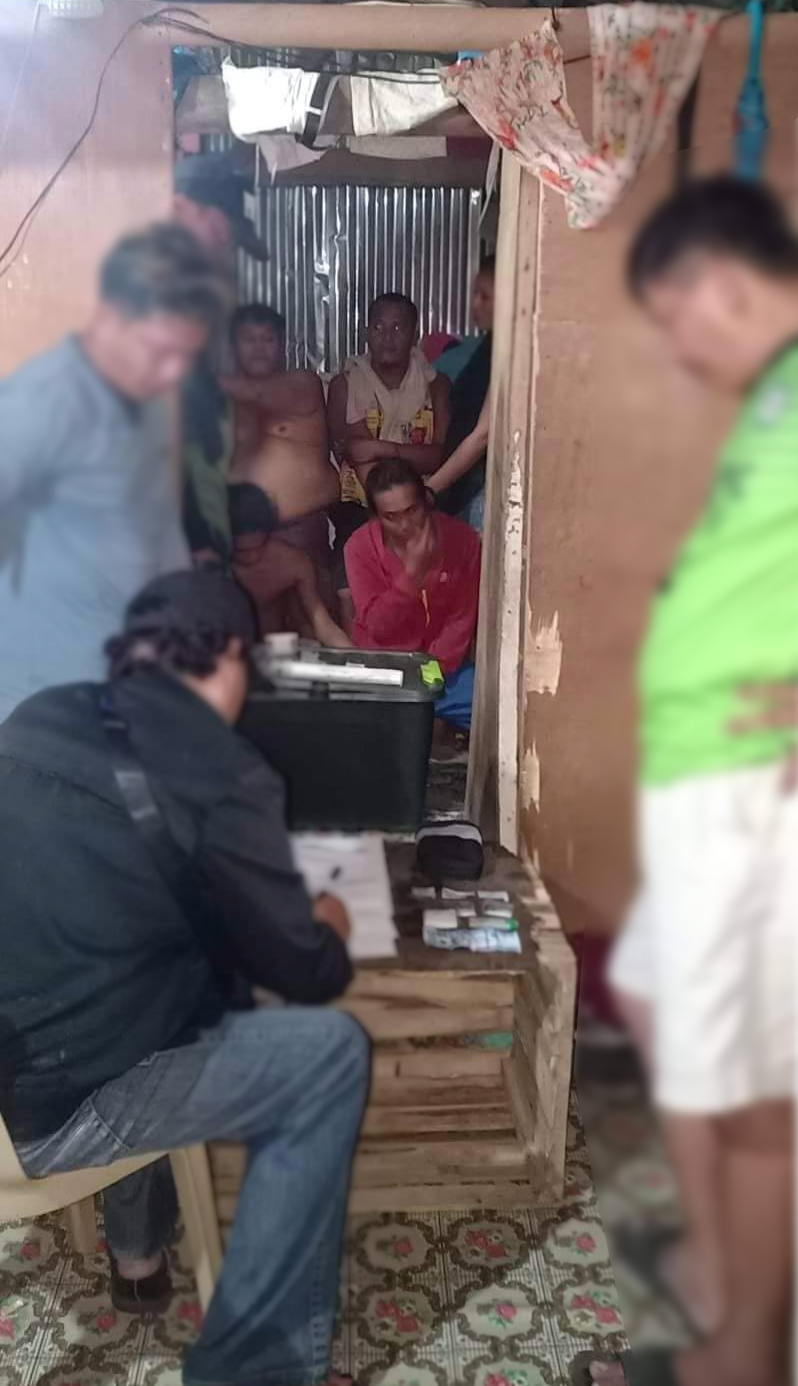 Suspects are seen inside the drug den while barangay officials and operatives are finalizing documentation of the operations.
After sometime of surveillance operations by the PNP and PDEA operatives, HVT Jonathan Sampiton, Sr. alias “Jojo” (hereafter referred to as Jojo for brevity) was caught red-handed during a buy-bust operation at around 10:15 in the evening of February 02, 2020 in a house he utilizes as a drug den for his regulars. A resident of the Municipality of Sto. Niño, Jojo is 55 years old and married

The two other arrested suspects are Florentino Anollado (48 years old, married) and Noel Layam (34 years old, with live-in partner). Layam, alias “Noknok” who is alleged to be Jojo’s runner is out on probation having a previous conviction after he entered into a plea of guilt under the government’s Plea-Bargaining Framework on Drug Cases while Anollado is a suspected drug user being one of the regulars in the drug den.

In the photo are non-drug items seized during the operation.
Found and seized inside the drug den in the presence of the suspects were 5 pieces of heat-sealed transparent plastic sachets containing white crystalline substance suspected to be “shabu” with an estimated weight of more or less 10 grams.

The buy-bust money used in the operation in the amount of Php1,000.00 bearing serial number XF688905 was also seized from Jojo.

P/Lt.Col. Garcia asks for the continued support of the community in the city’s drive against illegal drugs by always providing the authorities information about illegal drug activities.

“The cooperation of the community is a big booster in fighting criminalities in any given locality,” Garcia concluded.(CJ/jmm)