Story and Photos By MEL CASPE 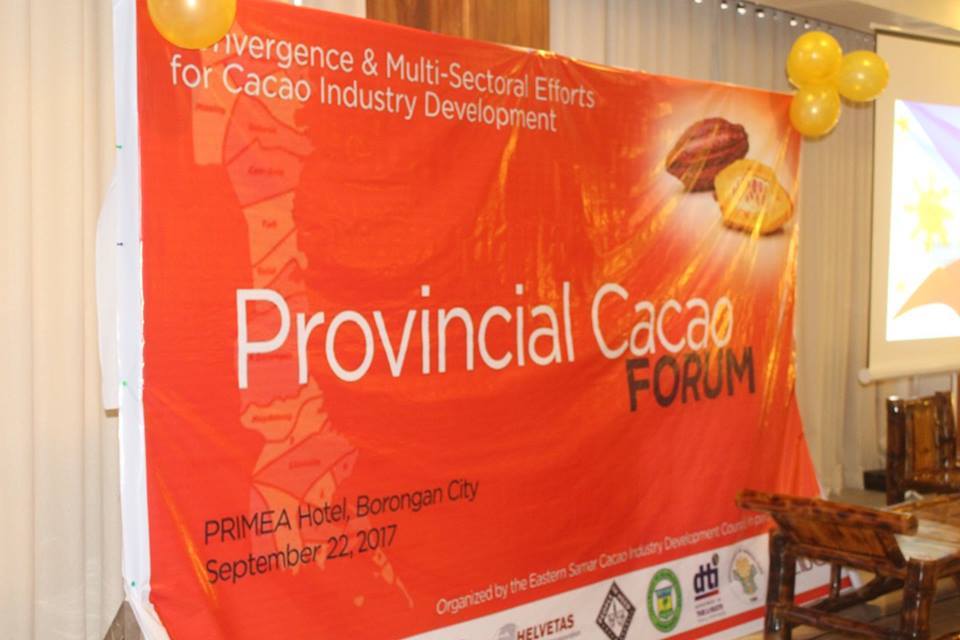 BORONGAN CITY – One Hundred Fifty (150) participants attended a two-day cacao convergence and forum held in this city on September 21 – 22, 2017.

Farmers as well as representative of national government agencies, academe, local government units and the business sector attended the two-day forum and convergence of multi-sectoral efforts for cacao industry development in line with the Philippine government’s aspiration to strengthen the cacao business in the country. 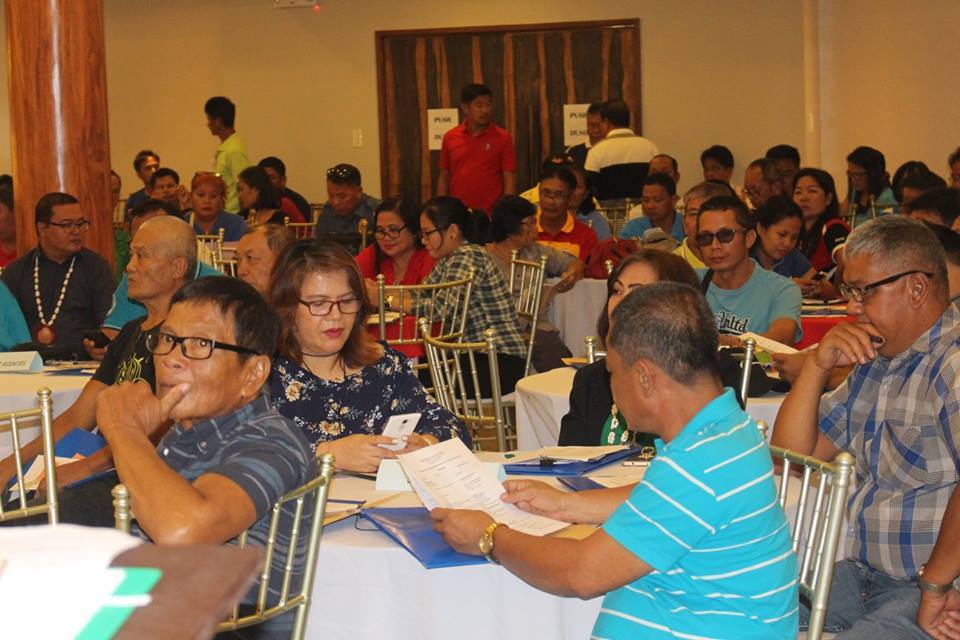 Believing that valuable lessons can be best learned from those who have sustained themselves from growing cacao, ESCIDC Chairperson Claro Ramiro Garado informed that the RCIC meeting is aimed at gathering Cacao Industry Councils (CICs) in the region including national government agencies and local government units to learn from each other’s experiences in strengthening the cacao councils and promote cacao industry development in the region.

“The ESCIDC, for example, has sustained its monthly meeting by asking local governments to host the meetings, thus, effectively encouraging the host local government to support cacao farming in the municipality and footing the bill of the meeting,” Garado said.

During the first day of the two-day event which was devoted to sharing session and business meeting of the RCIC, representatives of different councils in the region shared lessons learned from respective experiences in planting cacao.

Seeing the need for planters to learn the fundamentals of cacao growing and know how to source out inputs and support, the second day of the gathering was devoted to the exchange of information and productive interaction between and among stakeholders in the cacao industry. 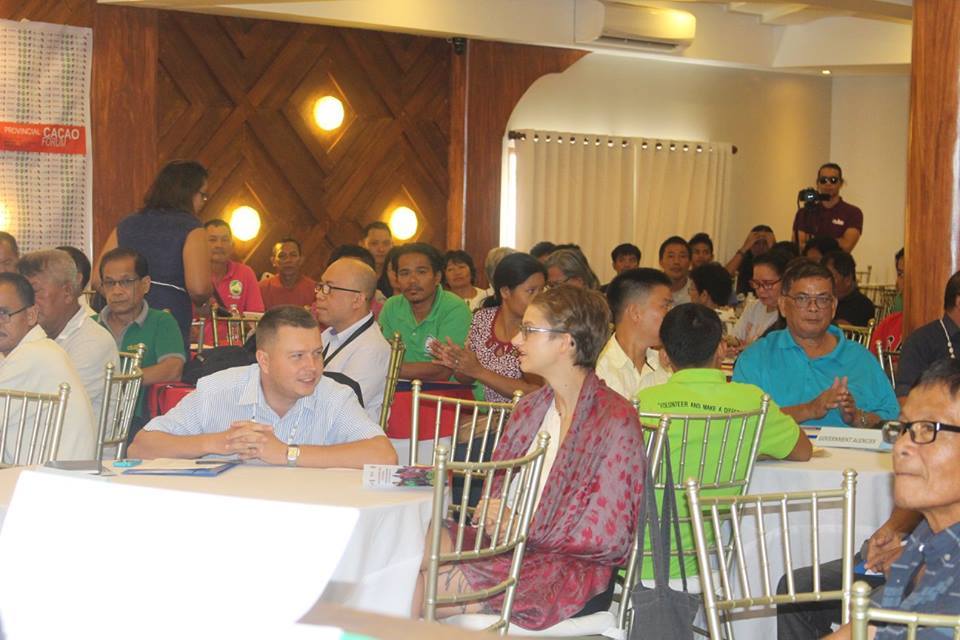 PIN (for People In Need) is an international non-government organization.
Estil added that “while investors have seen that households lived-off from coconut production and sent kids to college, they have yet to see a household earn from cacao production and processing basing on their knowledge that cacao trees are stand-alone-trees in a few households where grandmothers gather beans and make “tablea” for “tsokalate” from it for the family and the neighbors. 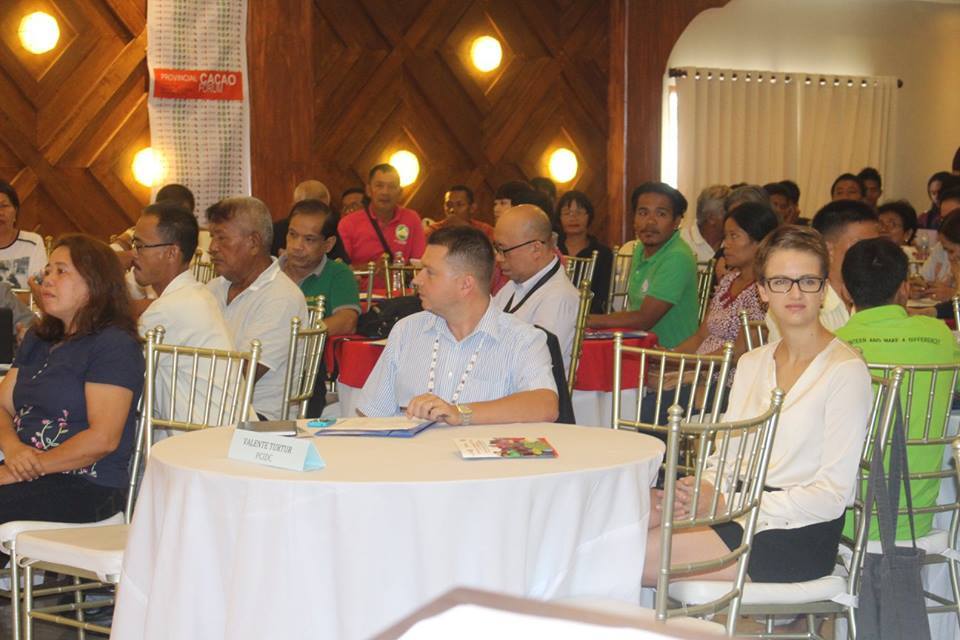 “Obviously, people in Eastern Samar still need to appreciate the potential of the cacao industry,” the PIN Intervention Manager stressed.

It was further shared by Estil that “ulltimately, bringing together cacao farmers, consolidators, small processors and government agencies is not difficult as everyone has the incentive and the capacity to join and participate.”

“The Challenge lies in growing and sustaining the council so they become inclusive and effective in addressing the needs of inputs providers, farmers, consolidators and small time processors, hence resulting to a stronger convergence and multi-sectoral efforts for cacao industry development,” Estil emphasized.