EIGHTY PAINTINGS IN ALUGAHI ART EXHIBIT AT THE SUPER METRO 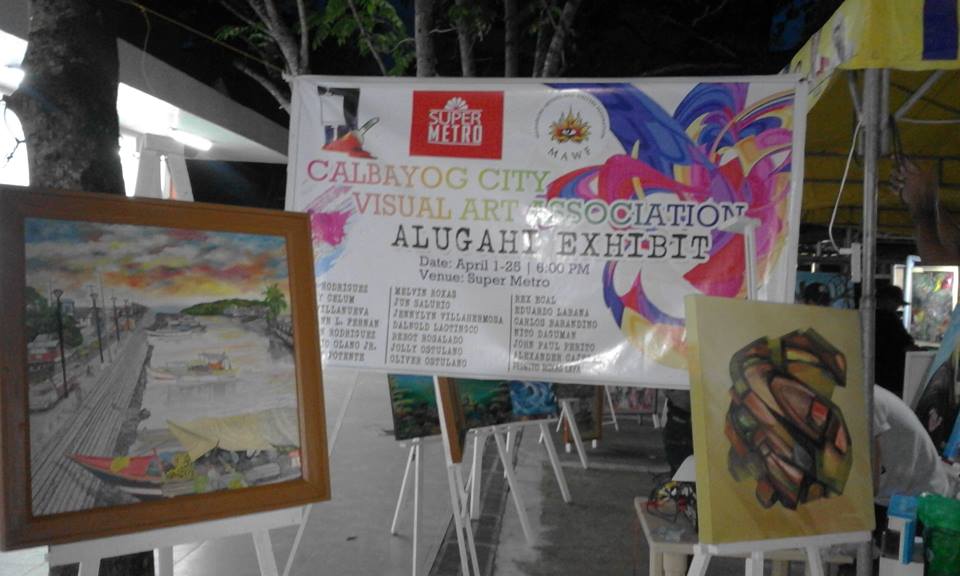 The opening of the Exhibit was graced with the presence of internationally renowned artist, Mr. Florence Cinco who, in his message, named environment protection, anti-vice, preservation of culture and promotion of the arts and artists as the major advocacies of the association. Cinco also encouraged the artists to help and be at each co-artist’s back in protecting the work and passion. 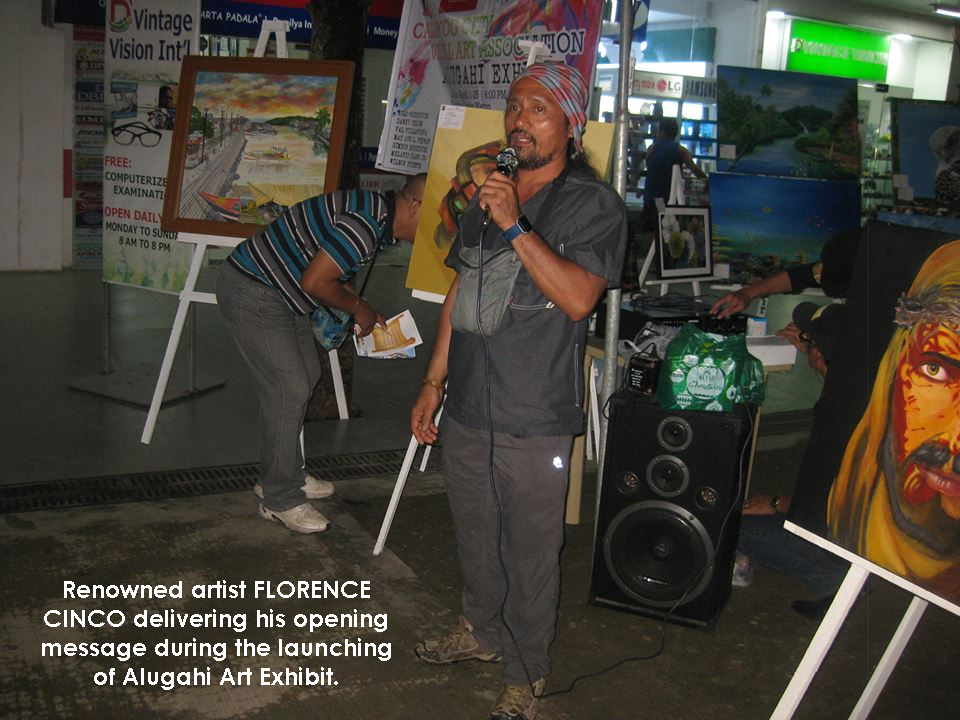 Succeeding the post from Mr. Danny Ostulano, incumbent CCVAA, Inc. President Nilo Rodriguez, after presenting the members of the association, expressed high hopes for the development of each artist in the association. He further sought the reinvigorated support of the artists in promoting visual arts not only for the city but for the whole of Eastern Visayas so that potential artists will be inspired to express their talents. 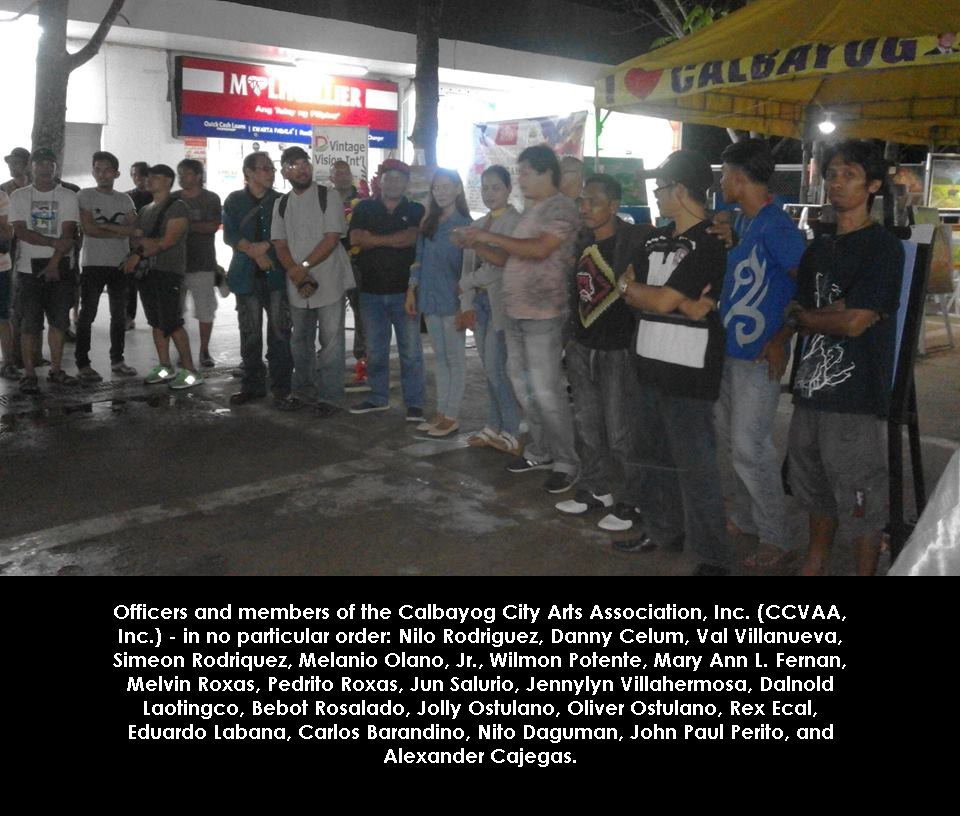 Ms. Merla Rosalado in representation of Sanggunian Panglunsod Committee Chair on Arts and Culture, Hon. Cesar Sabenecio for the inspirational message, first and foremost, expressed being overwhelmed with the celebrated singer and composer, Mister Peanut who performed one of his compositions during the opening show.

Rosalado likewise expressed that Christ the King College takes pride over the accomplishments of two artists, Mr. Florence Cinco and Mr. Nomar Miano, who being both high school products of the school, already established names in the field of arts. 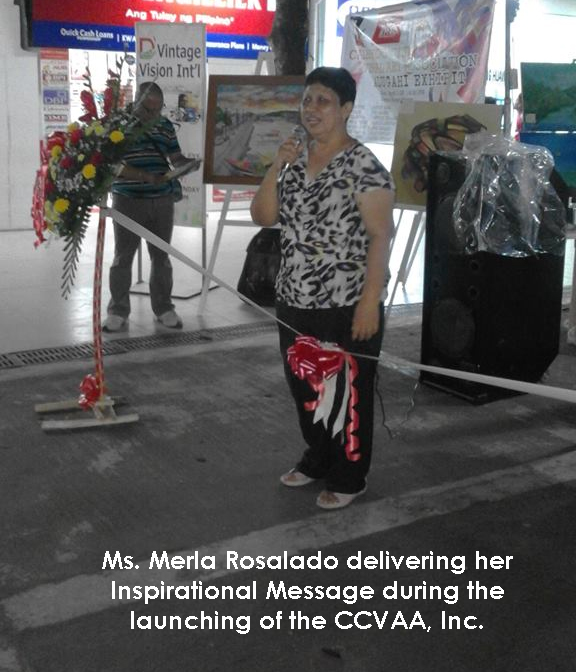 “Other than being described as a fast-growing city, Calbayog is known as a city with many identities such as the city of waterfalls, third largest city in the Philippines and a city of talented people. Thus, the presence of the CCVAA, Inc. is a living testimony that Calbayog is a city of talented people. The presence of national artists as resource speakers in the on-going Alugahi Workshop in the city’s Plaza Ibarra is an indicator that the city is a place of potential artists. ” Rosalado said in her speech.

Being a Psychologist, art lover and advocate, Rosalado believes that artwork is one of the very good forms of expression as it reflects the inner self of the individual. She called on the parents to encourage and be supportive to children to express themselves in any form of art, be it painting, singing, dancing, composing, and the like.

Meanwhile, Jamaican tourist Pao Willis now living in the United Kingdom, whose attention and curiousity was drawn to an abstract painting of Mr. Val Villanueva shared experience having worked with people who have been incarcerated or locked-up using abstract painting as therapy to allow ventilation of emotions. 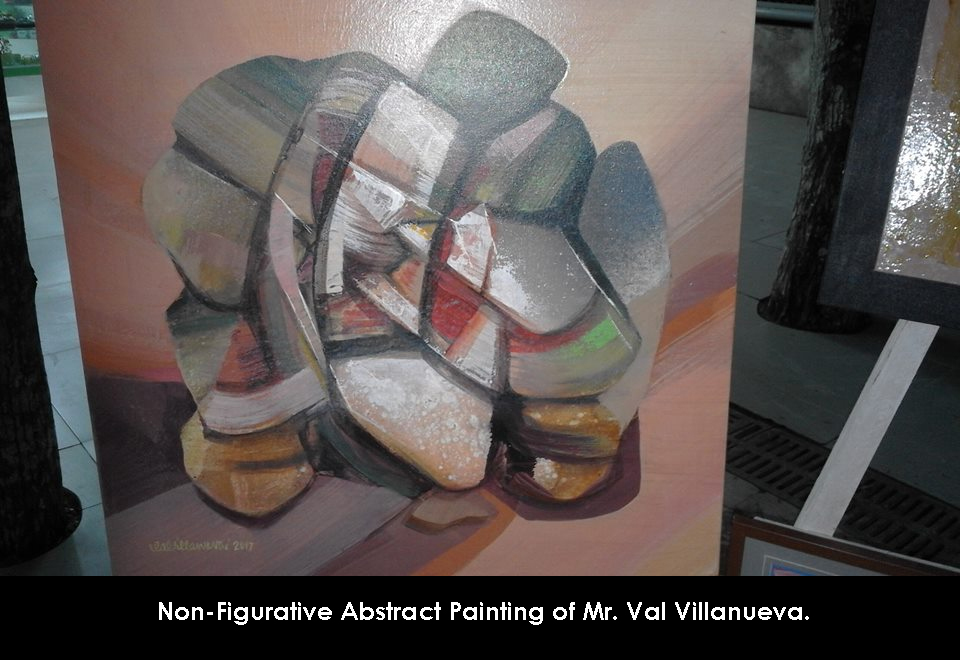 “When inmates paint abstract we always ask them where did it come from.” What was the reason behind that? I got curious about this particular painting because it is abstract. I just wanted to know what was in the mind or how exactly the painter felt at the time when he worked on this?
Painter Villanueva on the other hand, who said he is at his best painting mood during the night when everything is still and quiet, described his painting as pigments of rocks piled in the form of a human being and that the painting is simply a non-figurative abstract type of work. 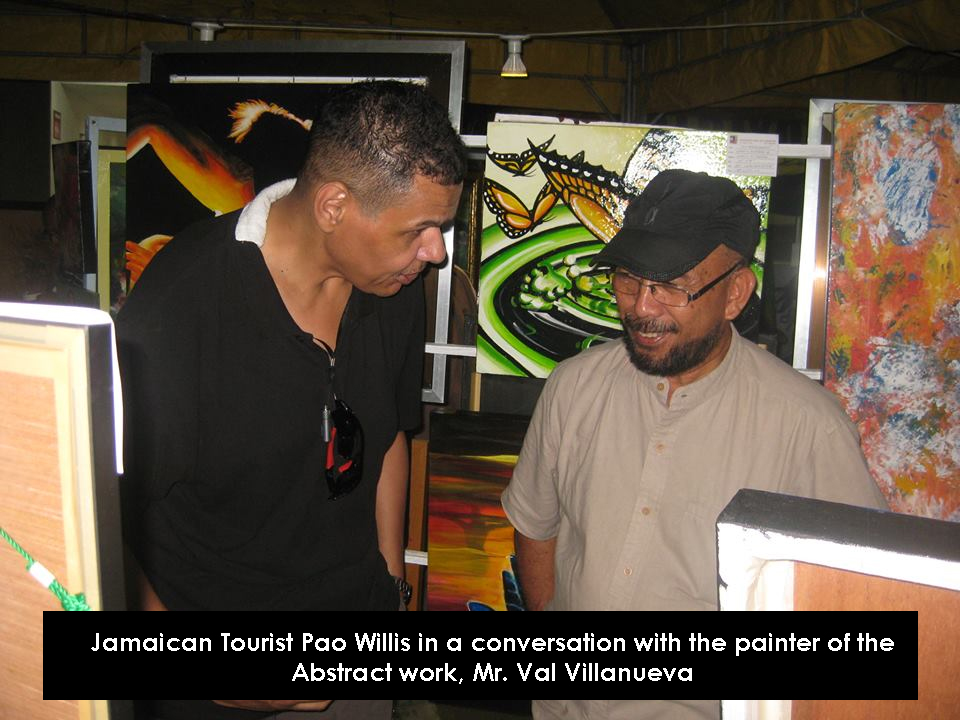 Having been launched and opened to the public in April 1, Alugahi Art Exhibit at the Super Metro will run until April 25, 2017. Paintings in display are open for sale to interested patrons. Inquiries and further details may just be called at mobile number 0926-203-1903. Look for May Ann. 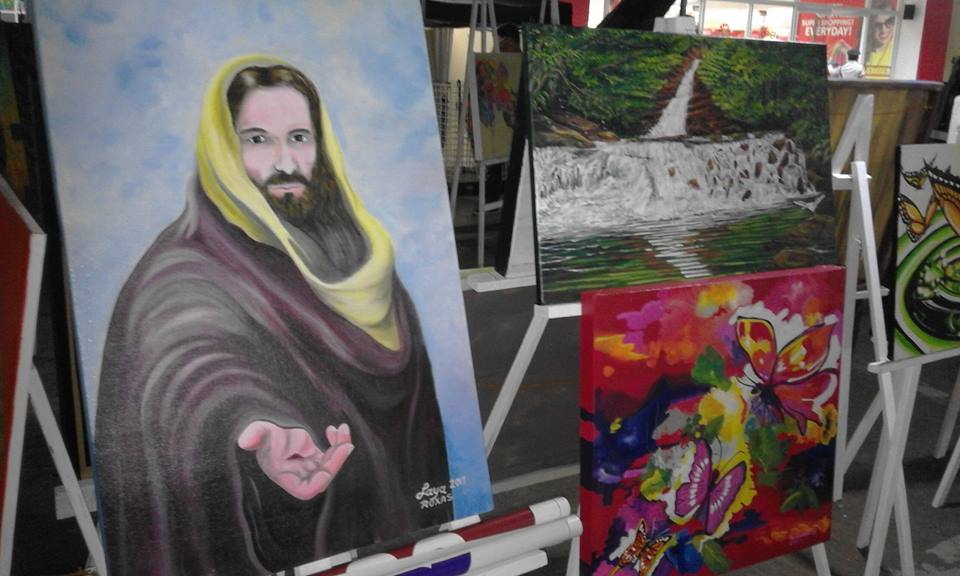 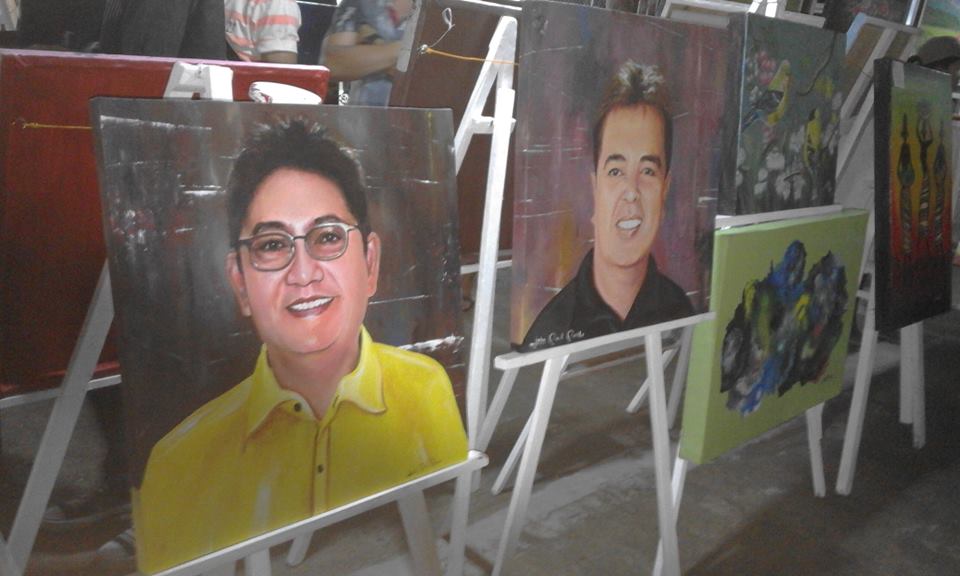 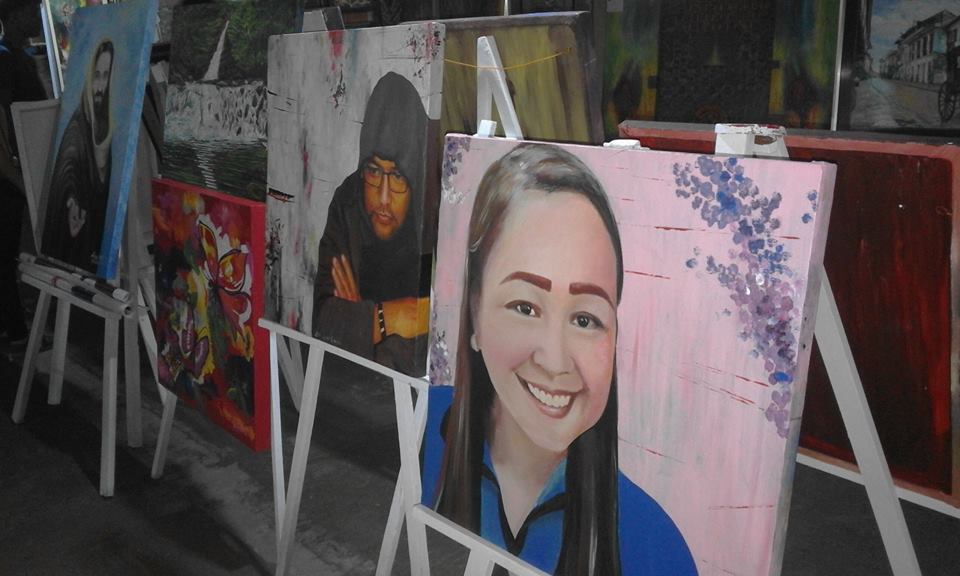 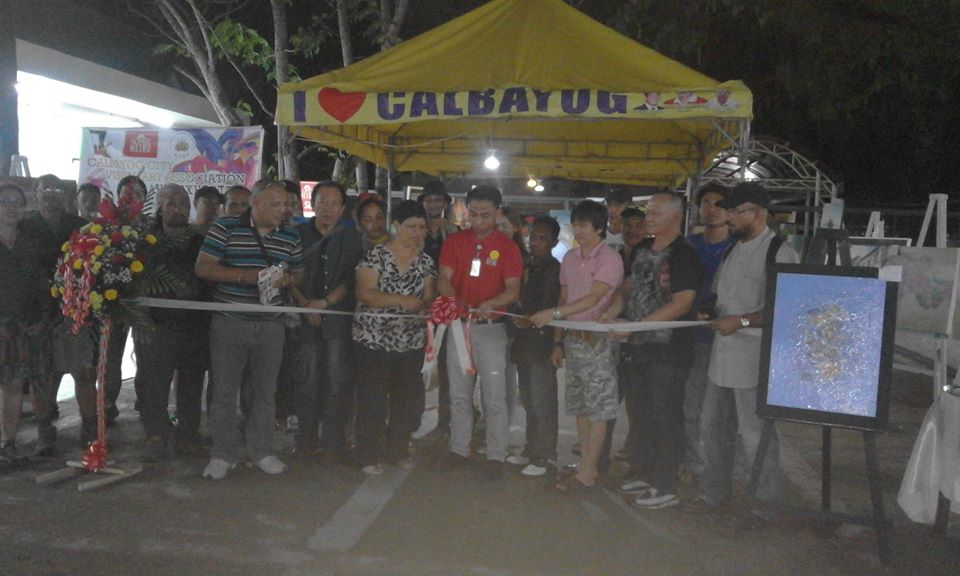 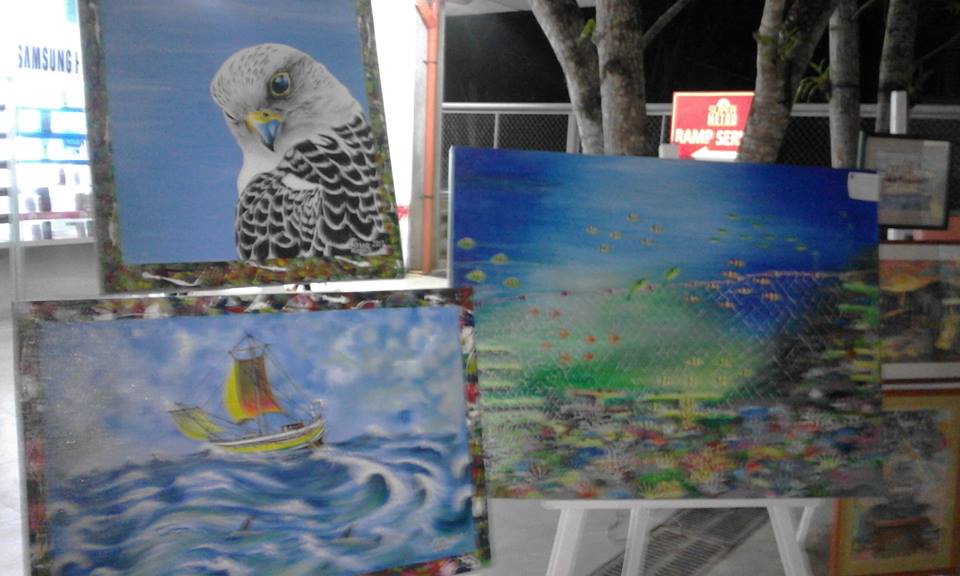 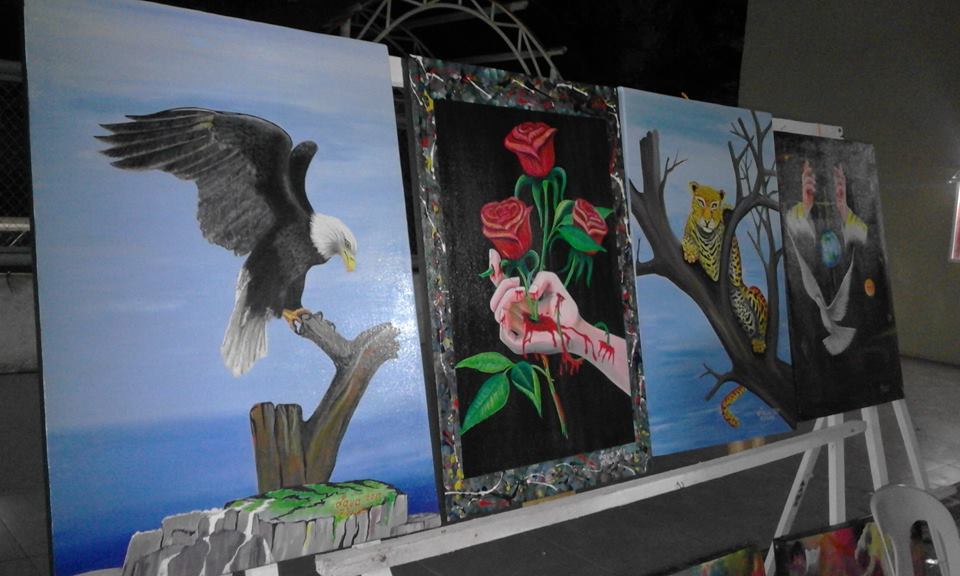 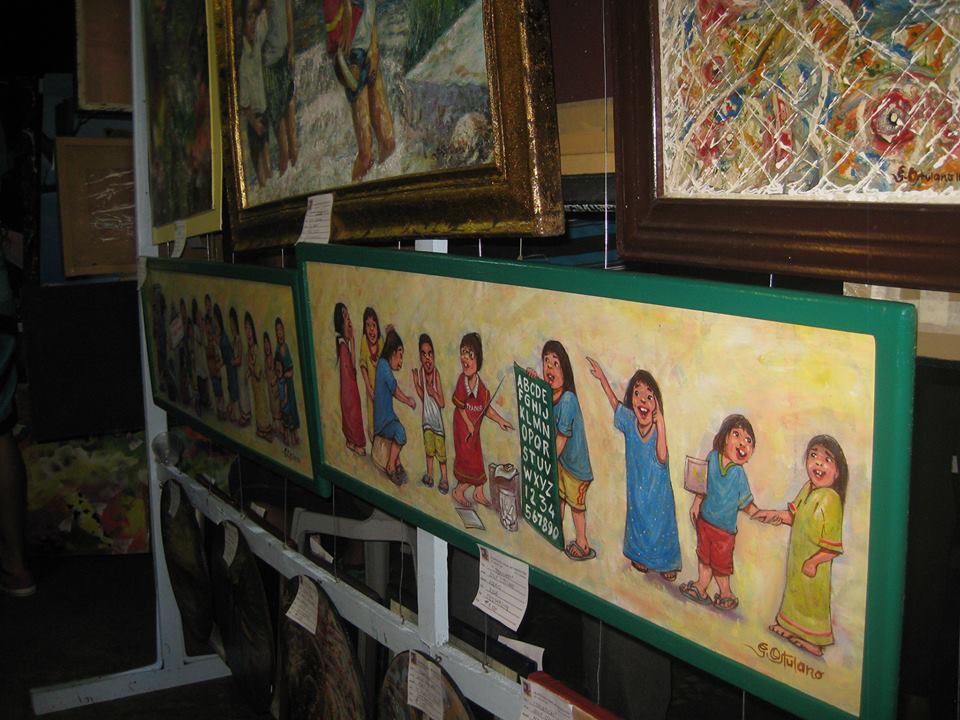