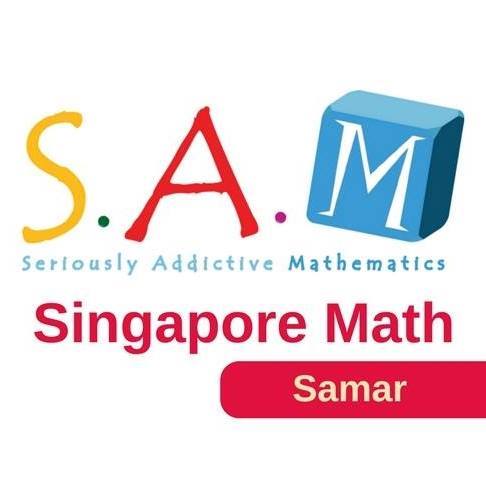 CALBAYOG CITY – The first S.A.M. Singapore Math Enrichment Program Center in Samar Island opens in the city and is now still accepting applicants for enlistment after more than twenty children have been initially enrolled by parents on the day of its grand opening that was celebrated with a motorcade, blessing rites and orientation of parents on April 21, 2018.

S.A.M.-Singapore Math-Calbayog is an enrichment center for children ages 4 to 12 years using S.A.M.’s outline of courses patterned after the internationally acclaimed Singapore Mathematics specifically its program of study and the method of instruction.

S.A.M. which stands for Seriously Addictive Mathematics is an enrichment program specializing in Mathematics for children starting at age 4 when heightened aptitude to understand mathematical concepts starts. Since it was founded in the year 2010 in Singapore, S.A.M. have effectively shaped many Mathematics champions. 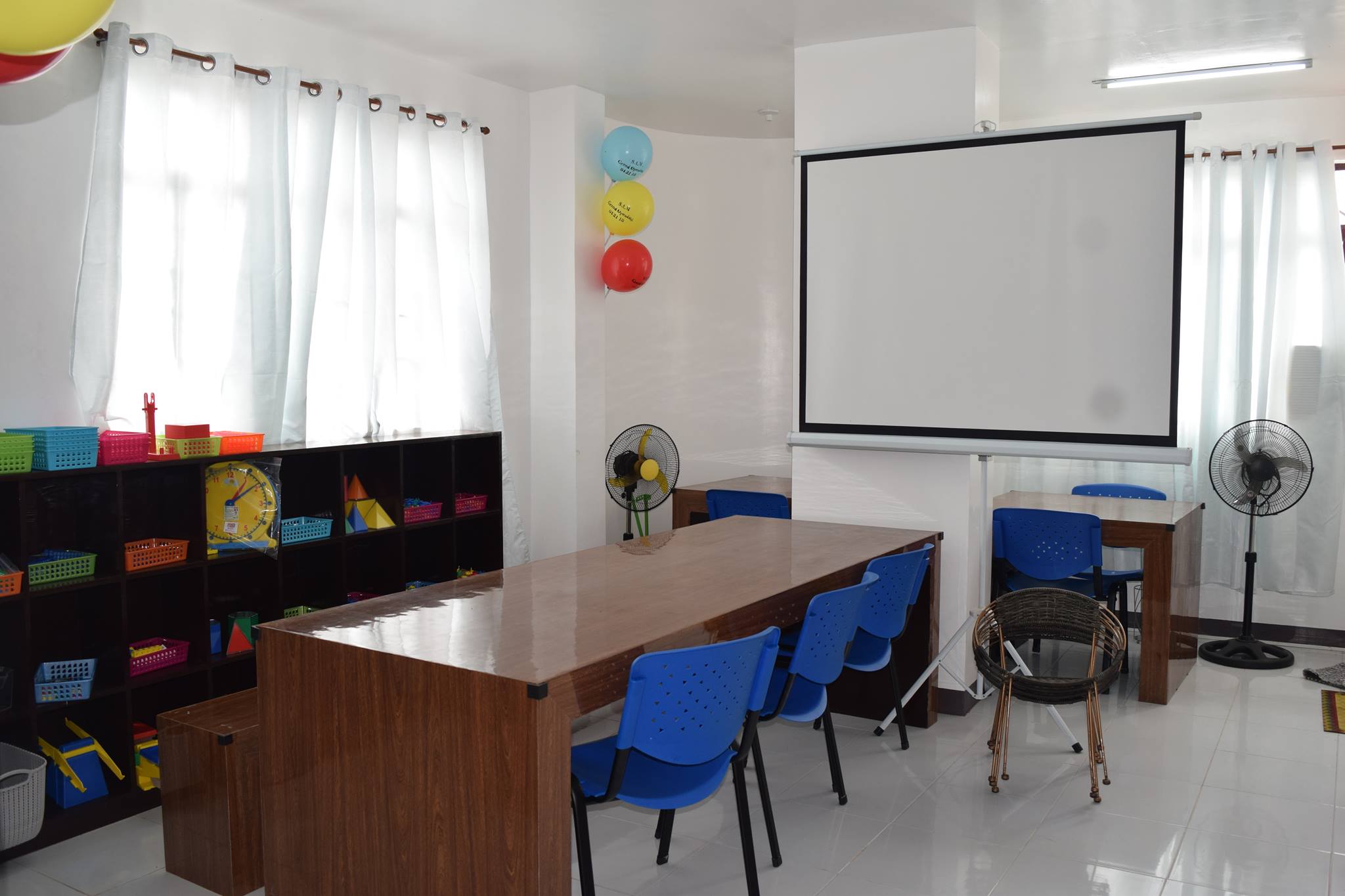 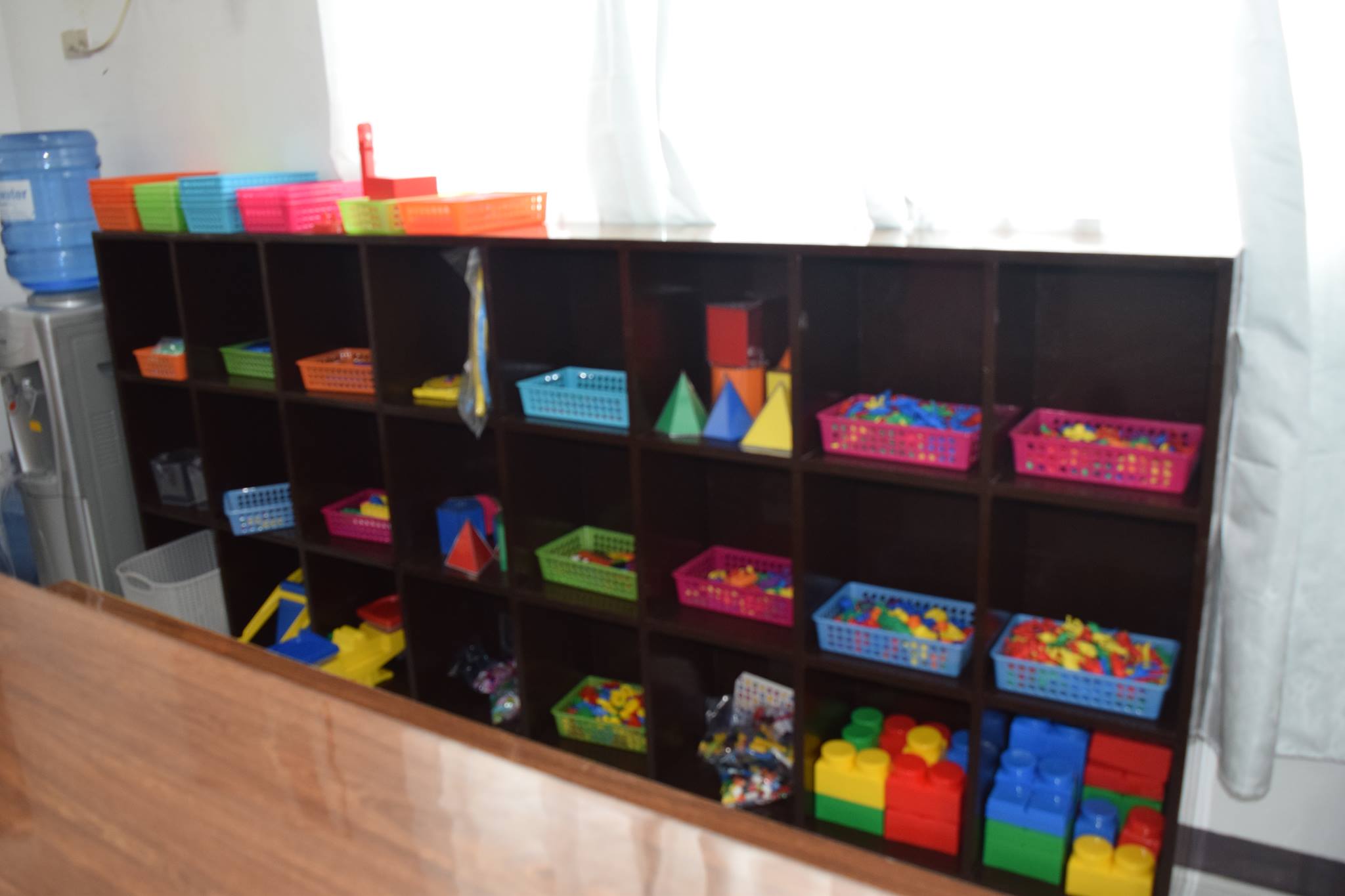 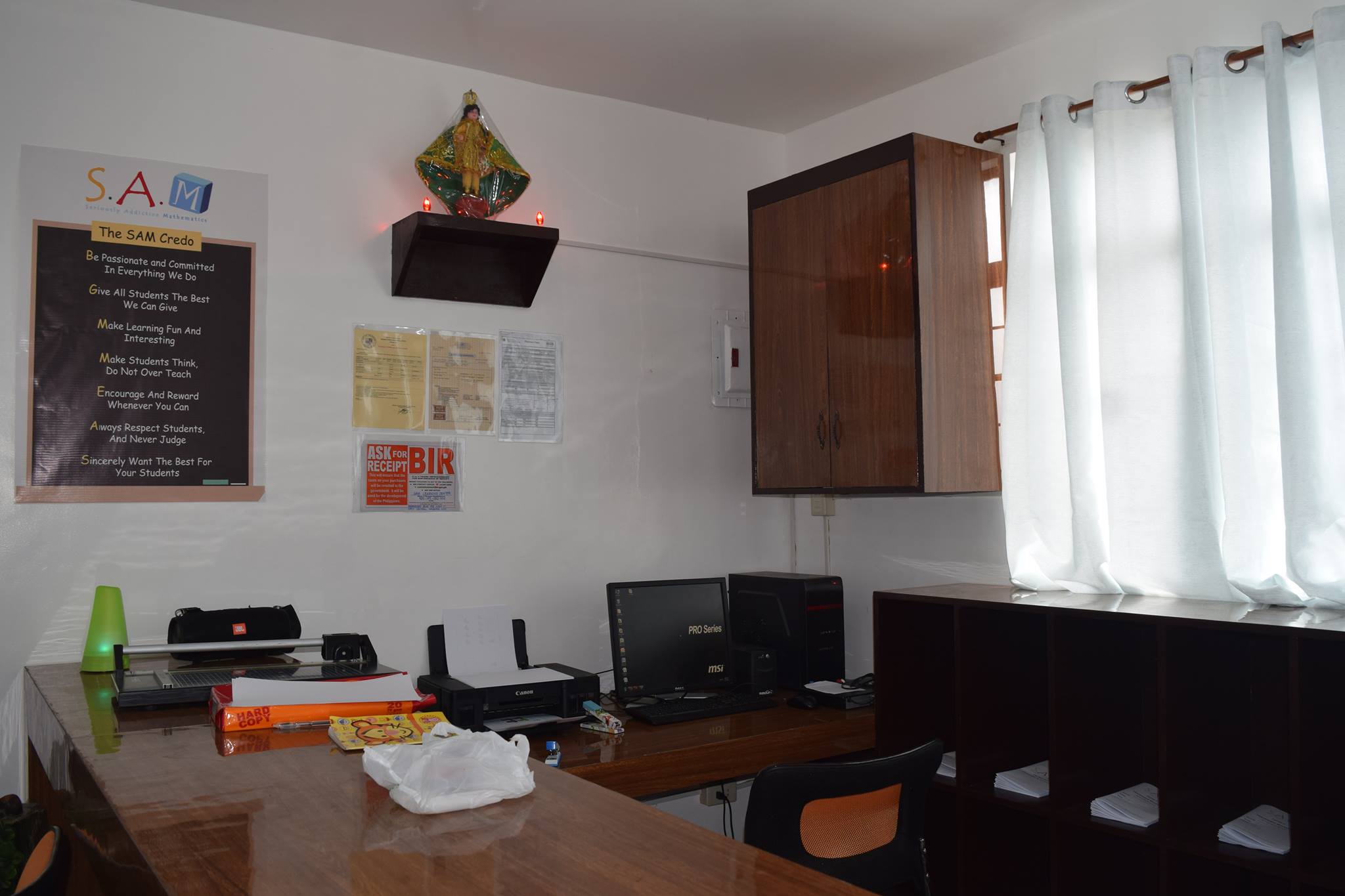 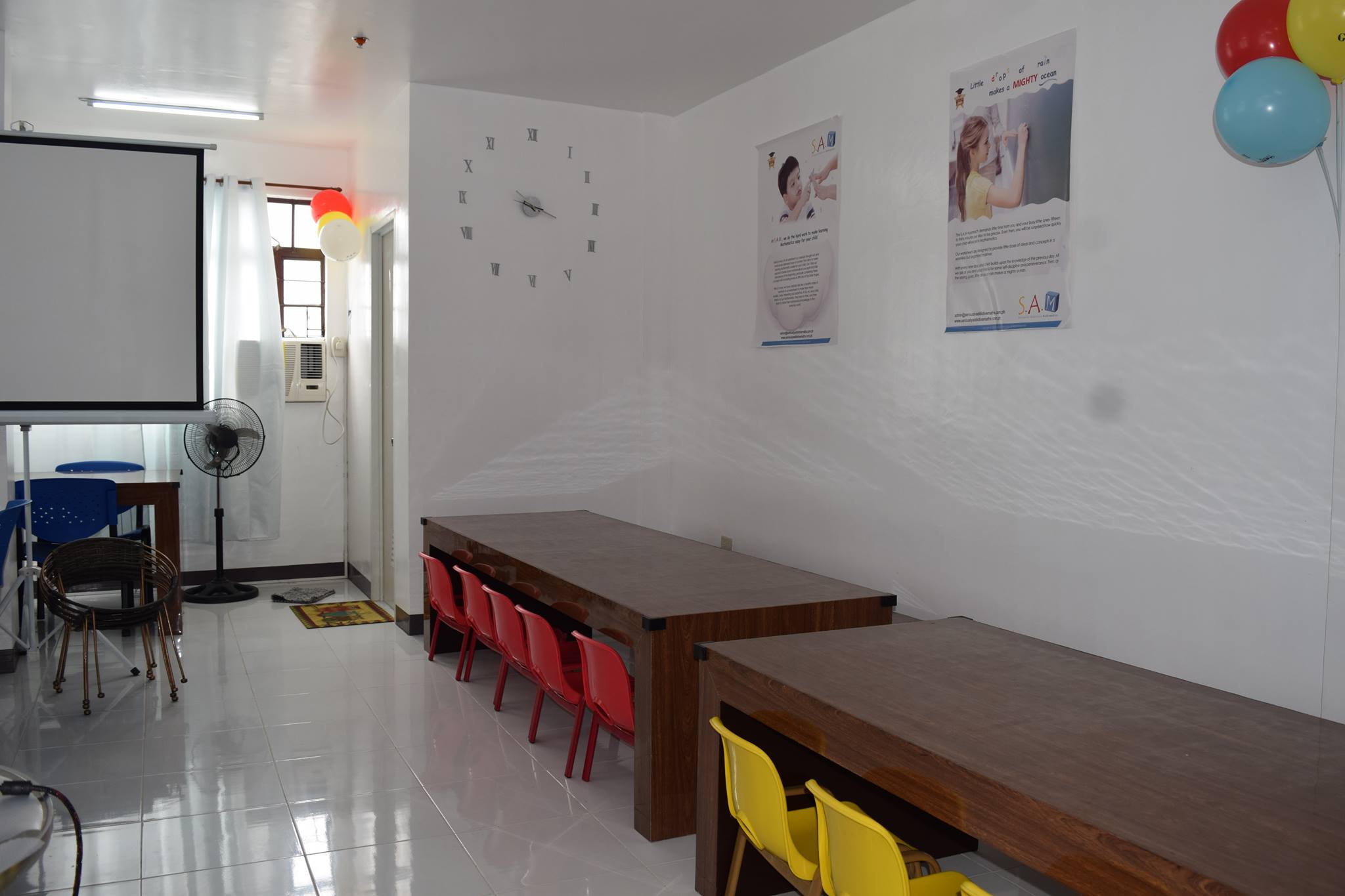 “I was keeping myself busy with reading the flyers I received during one of the fairs I attended and was immediately convinced about the syllabus and methods that S.A.M-Singapore Math implements particularly about the ‘no-memorization’ aspect of the program,” Mr. Giongzon told Calbayog Journal.

Giongzon further expressed affirmation with the views of S.A.M-Singapore Math on asking leading questions to be more of a help for a child to solve math problems rather than readily showing the answer for the child to memorize.

“I have nothing against teachers and the approaches practiced in school, but the method that S.A.M. uses about guiding the children to think independently in the process of solving a problem may just be an added skill that can be useful not only in solving mathematical problems but also in facing the daily situations we encounter,” Giongzon explained. 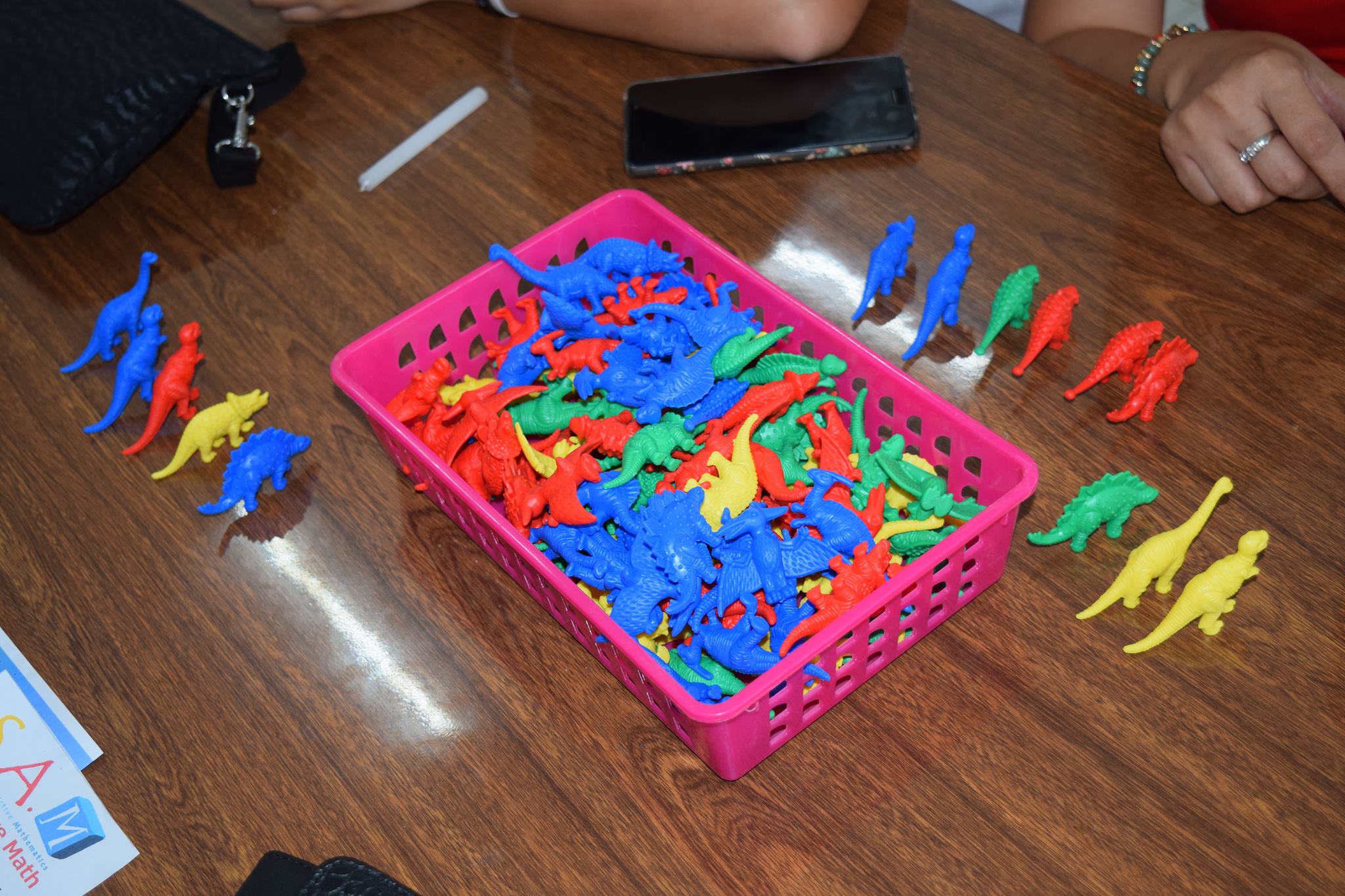 Further, franchisee Giongzon agrees that the CPA (Concrete – Pictorial – Abstract) Approach allows the learner to immerse themselves in a prolonged engagement of a concept through games and exercises.

Giongzon also shared his idea about “the use of props, toys and games to physically illustrate mathematical concepts drawing more attention from a learner as the use of these implements make learning appear as a fun game in the process of moving to the pictorial explanation, then the abstract representation of a particular concept.”

S.A.M.-Singapore Math strengthens core math fundamentals because students learn the ‘whats’ and ‘whys’ rather than just the ‘how-to’s in Math focusing on the analytical process of problem solving, rather than procedural.

“The concept of ‘making the child understand the fundamentals behind the math equations and problems rather than letting them memorize’ is what I think is really also an attractive aspect of the S.A.M.-Singapore Math Enrichment Program,” Mr. Giongzon said. 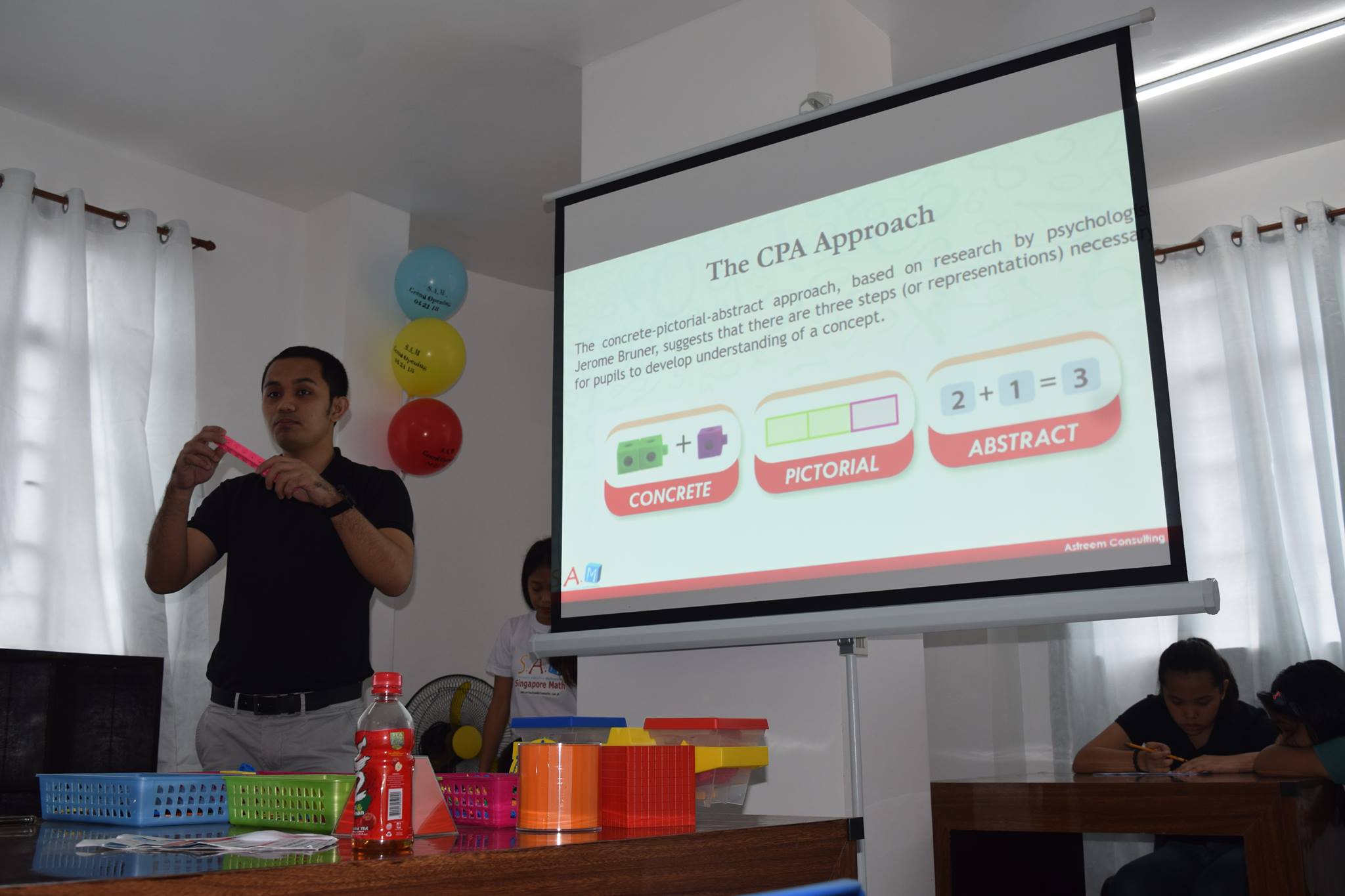 S.A.M.-Singapore Math Philippines representative, Joshua dela Trinidad who came during the grand opening of the Calbayog City branch provided information about the differences in the approaches to problem solving between the traditional and Singapore Math even when both cover similar topics on four fundamental operations, fractions, decimals, ratio, percentage, area & perimeter, measurements, geometry and word problems.

“Traditional Math teaches the ‘hows’ and immediately proceeds to abstract ideas while Singapore Math teaches the ‘why’ before the ‘how’ just as it moves from a concrete, then a visual presentation of concepts before introducing abstraction,” Mr. dela Trinidad explained.

The Franchise Manager continued to differentiate that “traditional math focuses on mathematical procedures and formulas while Singapore Math focuses on conceptual understanding of topics so students understand how the procedures came to be and help them discover the formulas on their own.”

Moreover, dela Trinidad added that “Singapore Math uses the bar-model approach in solving word problems to develop children’s visualization skills allowing them to solve complex word problems without using algebra and on the other hand, traditional math only purely use equations to solve word problems.”

“In effect, Singapore Math is more effective in achieving mastery of math concepts thru the gradual and logical progression of topics on top of exercises with emphasis on word problems thereby developing the analytical thinking skills through an understand of math concepts and visualization,” dela Trinidad expounded. 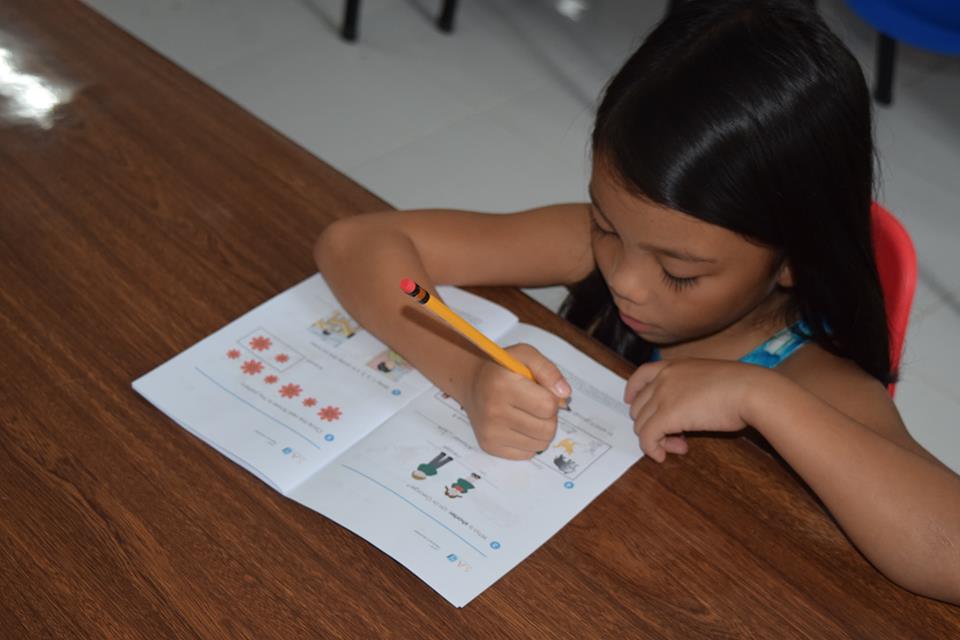 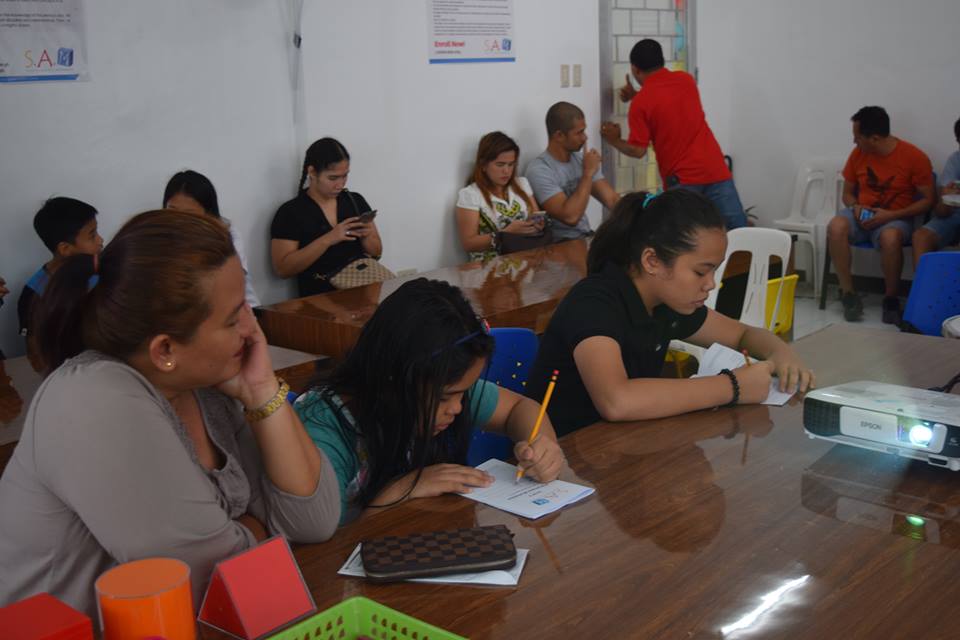 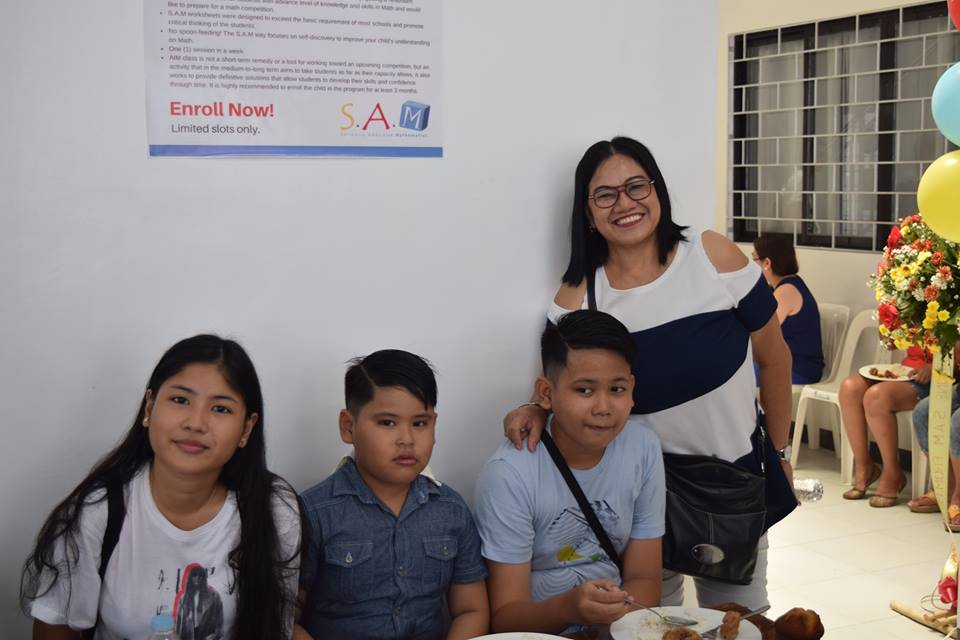 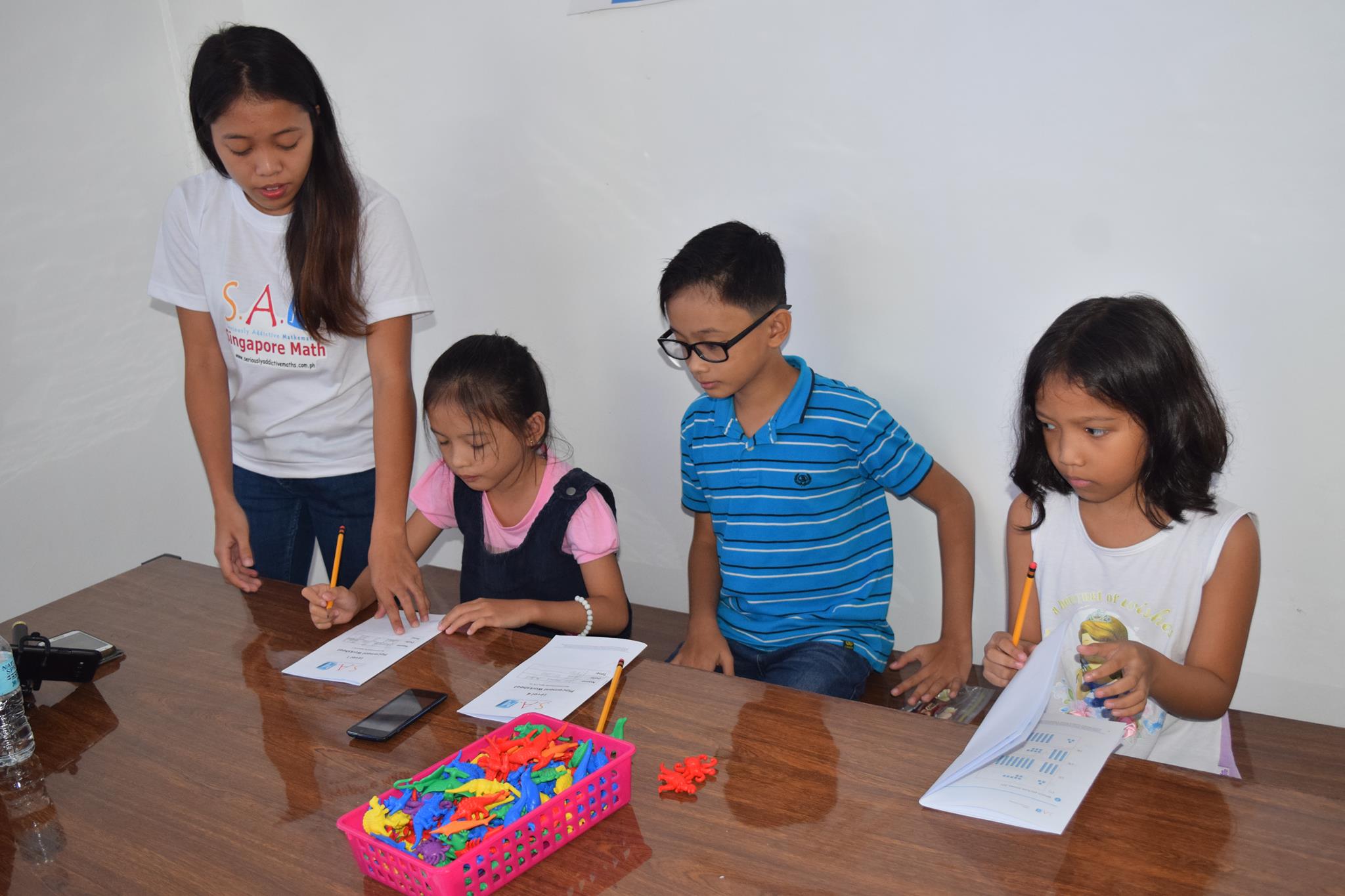 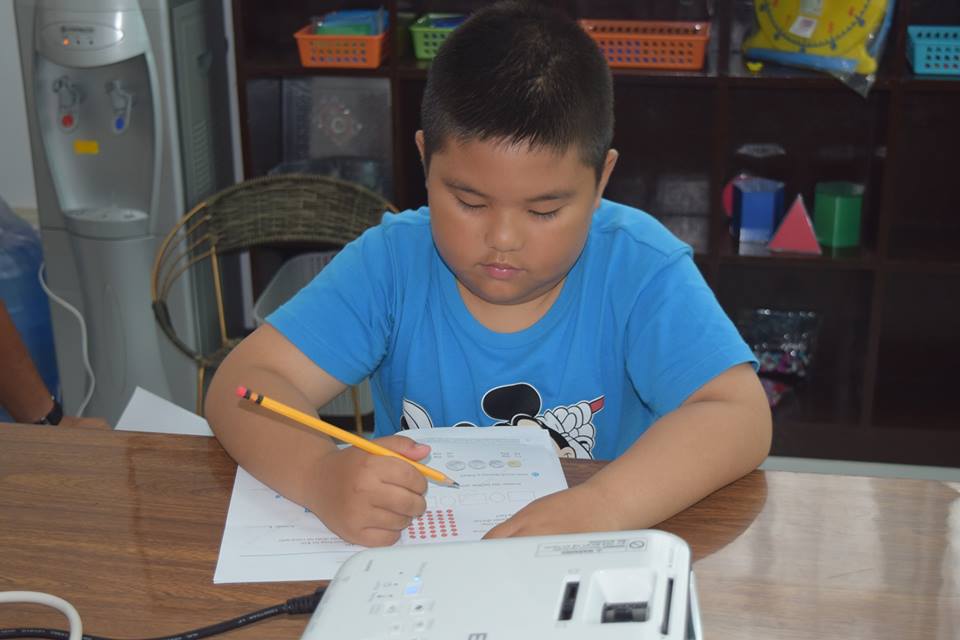 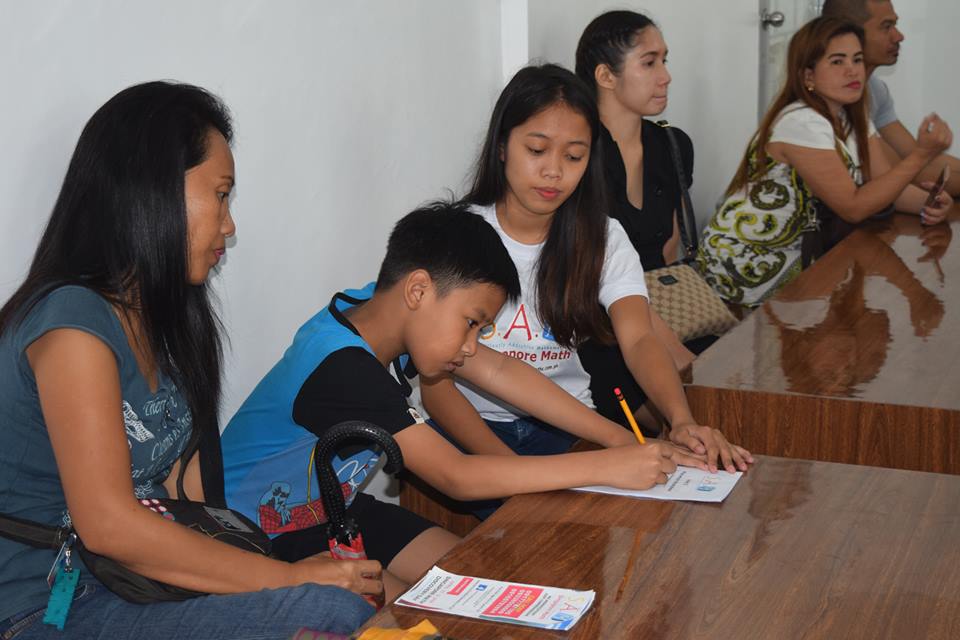 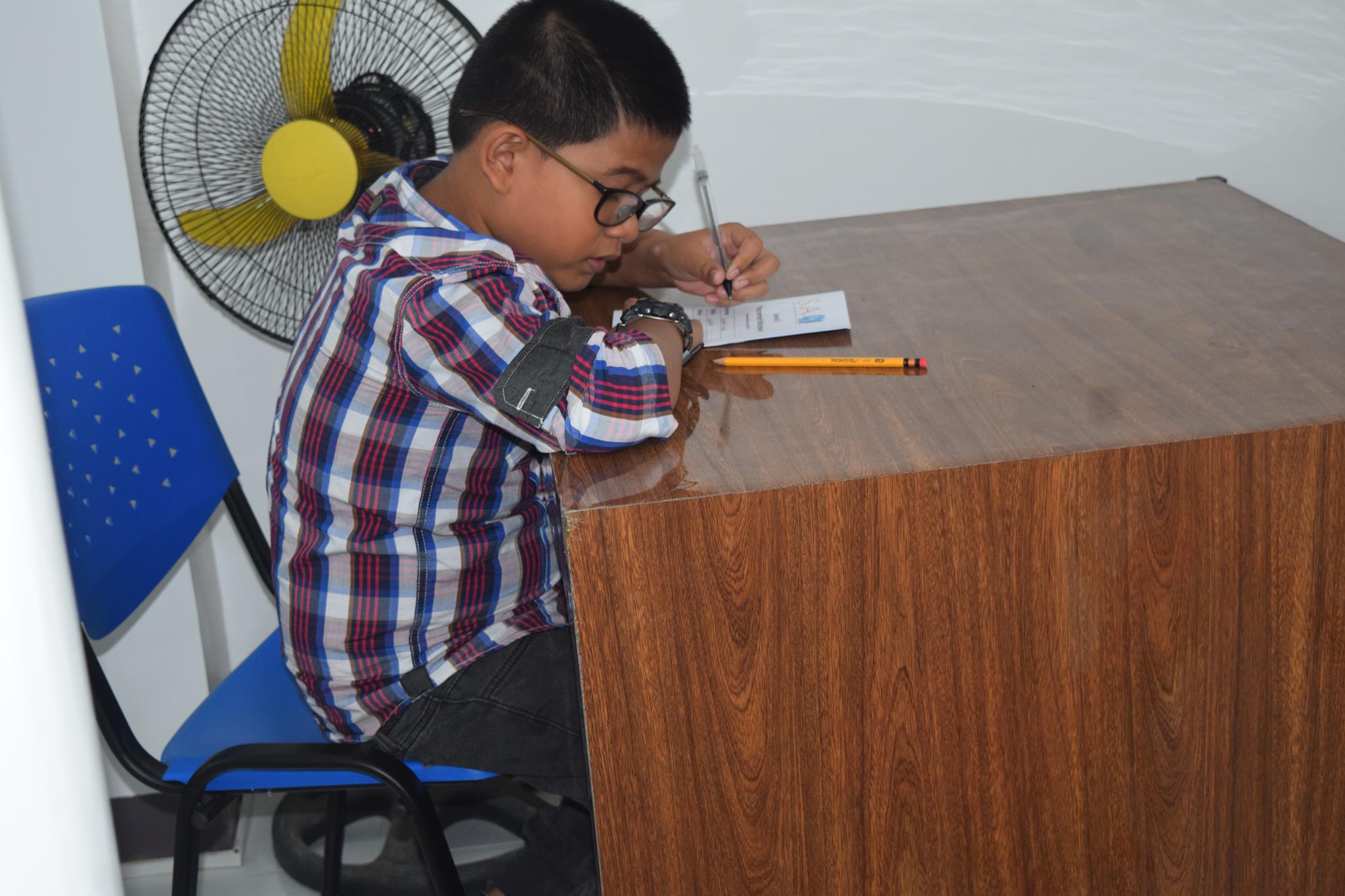