FORTY OUT OF 45 PROVINCES OPTS FOR BBM 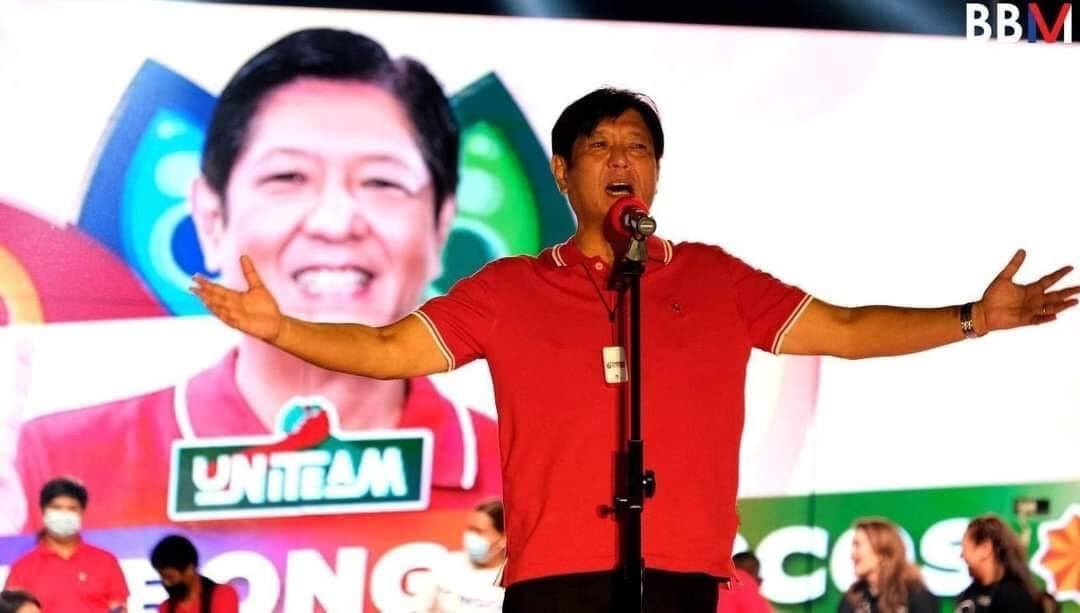 FORTY out of 45 of the country's provinces want Ferdinand "Bongbong" Marcos Jr. to be president, according to the latest Kalye Surveys released on Saturday.

Based on the latest Kalye Survey summaries presented by SPLAT Communications, Marcos got either majority preference shares or top preference shares in 40 out of 45 provinces nationwide where data were already available.
There were 150,063 respondents as of April 20 in the Kalye Surveys conducted in 51 provinces but SPLAT was still awaiting data from the six provinces of Antique, Basilan, Batanes, Camiguin, Dinagat Islands, and Guimaras.

In the first episode, Marcos was the top choice in 13 out of 14 provinces with data already obtained, while he was second in the only province where he was not the top choice. He was first in Agusan del Sur, Agusan del Norte, Aklan, Aurora, Abra, Apayao, Bataan, Bulacan, Batangas, Bohol, Bukidnon, Biliran, and Benguet.

His closest rival, Vice President Maria Leonor "Leni" Robredo, on the other hand, topped in only one out of 14 provinces in the cluster, which was the province of Albay.
"Aside from Albay, she is either second-ranked to last place in the other 13 provinces presented," SPLAT said in its analysis.

SPLAT said 17 provinces were included in this episode but they have yet to obtain data from the provinces of Antique, Basilan, and Batanes, hence only 14 provinces were counted.