CALBAYOG CITY – With an allotment of Php21M from its annual budget, the local government here is in the process of procuring machineries/equipment intended to double the ten-year timespan for usability of the city’s five-year old sanitary landfill (SLF).

Mayor Ronaldo Aquino, in his speech during the opening of the five-day activities in celebration of the 20th year of the City Solid Waste Management Office, announced the on-going procurement process that the local government is steering for the acquisition of equipment that will condense the volume of garbage collected within the city. The equipment will cost the city’s treasury the amount Php21M.

“These equipment will grind the garbage into small pieces so it shrinks the volume of garbage in terms of space it will occupy. Lesser space for the same volume of garbage collected everyday will expand the capacity of the sanitary land and extend its serviceability for another ten years,” Mayor Aquino informed in an interview made earlier. 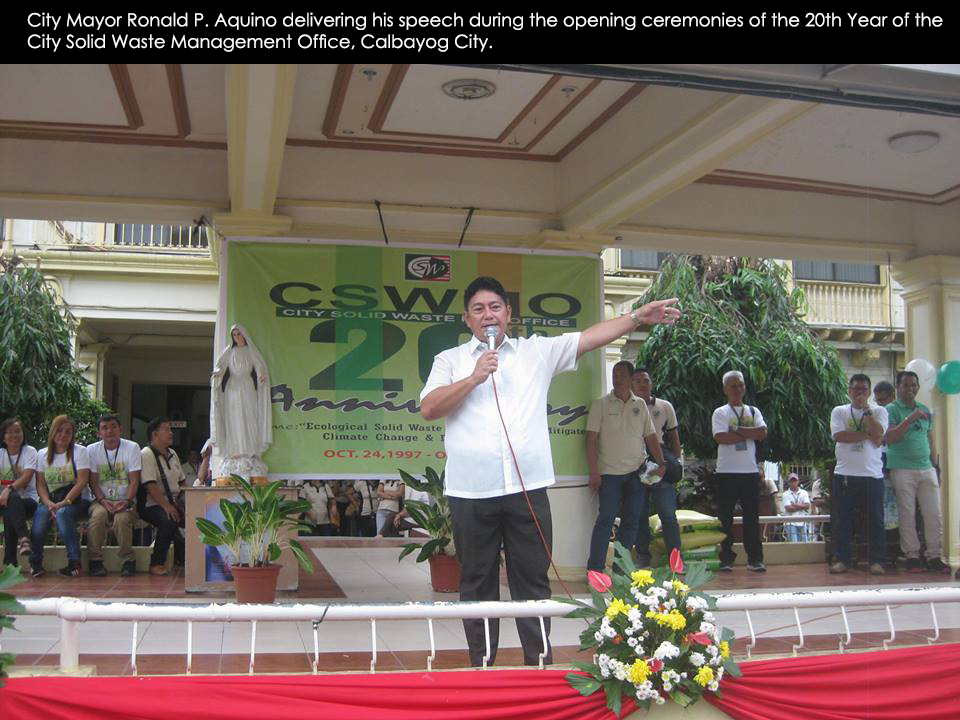 Costing the city government Php65M to develop and establish the SLF until it became operational in 2012, the city mayor said that “spending another Php21M for the purchase of the equipment that will prolong the use of the SLF for another ten years is deemed reasonable.”

City Department Head of the Solid Waste Management Office, Engineer Reynaldo Gonzaga informed during an interview that his office has recommended, among others, the purchase of one rapid composter, three shredders, one plastic pulverizer and one glass/bottle pulverizer for the purpose of condensing garbage size.

"With an initial service area of 21 barangays in 2012, there are now, as of October 2017, 81 barangays attended by the city’s garbage trucks collecting an average of 80 to 90 tons of trash every day,” Engr. Gonzaga said during an interview. 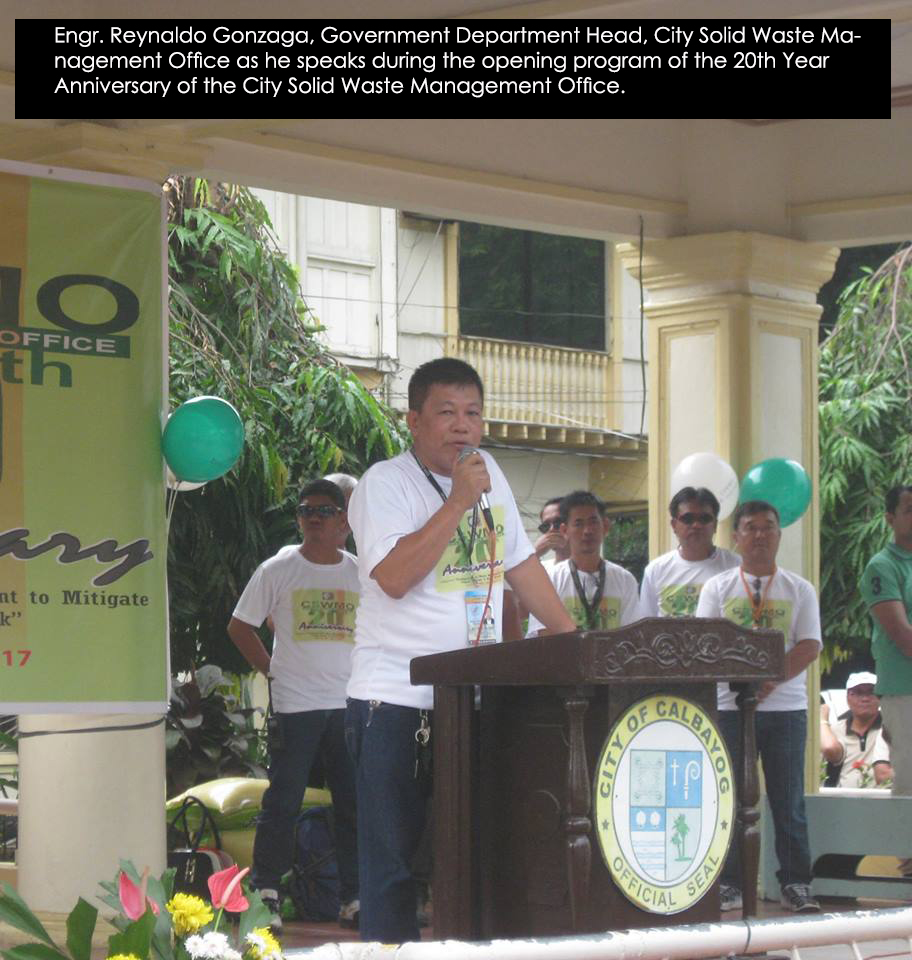 Gonzaga added that “reuse of recyclable materials, such as glass and the like when milled or ground, can serve as aggregates to concrete products (such as hollow blocks, balusters) will also be a big factor in the reduction of garbage dumped to our SLF,”

Comparing the situation in Calbayog to other areas in the country, Mayor Aquino expressed confidence that solid waste in Calbayog is manageable with the able administration of the Solid Waste Management Office – the street sweepers, garbage collectors, rank and file and the officers.